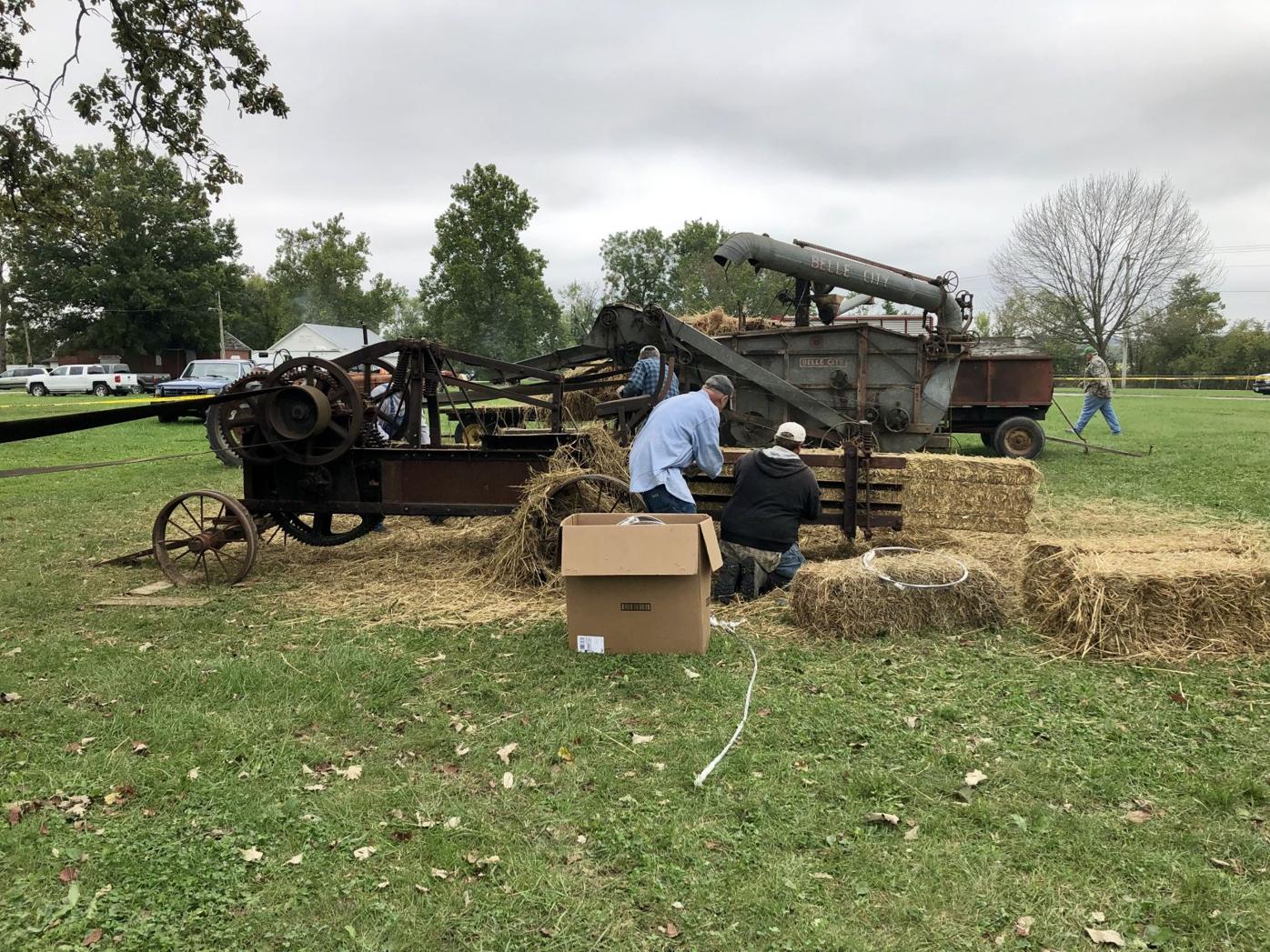 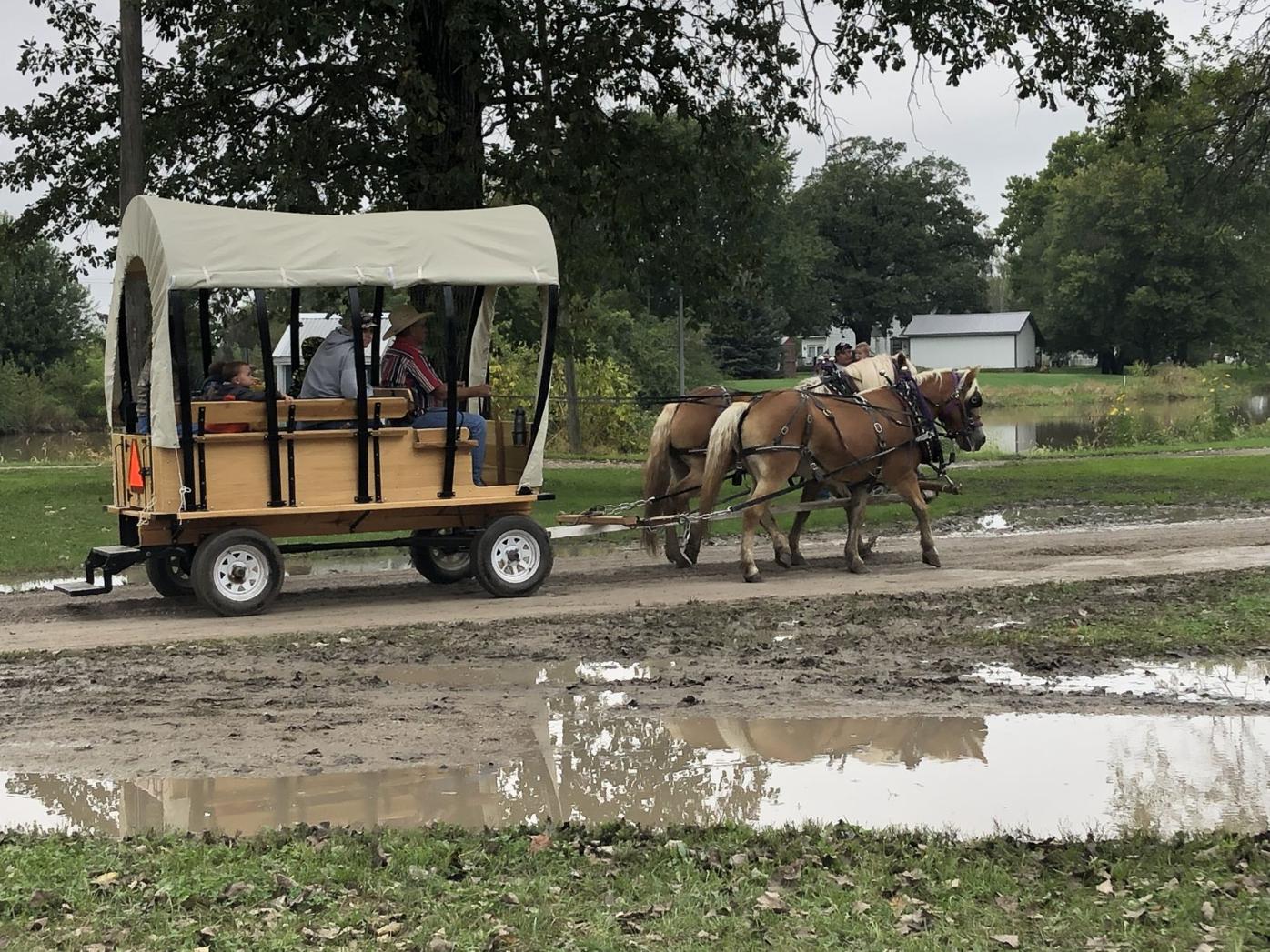 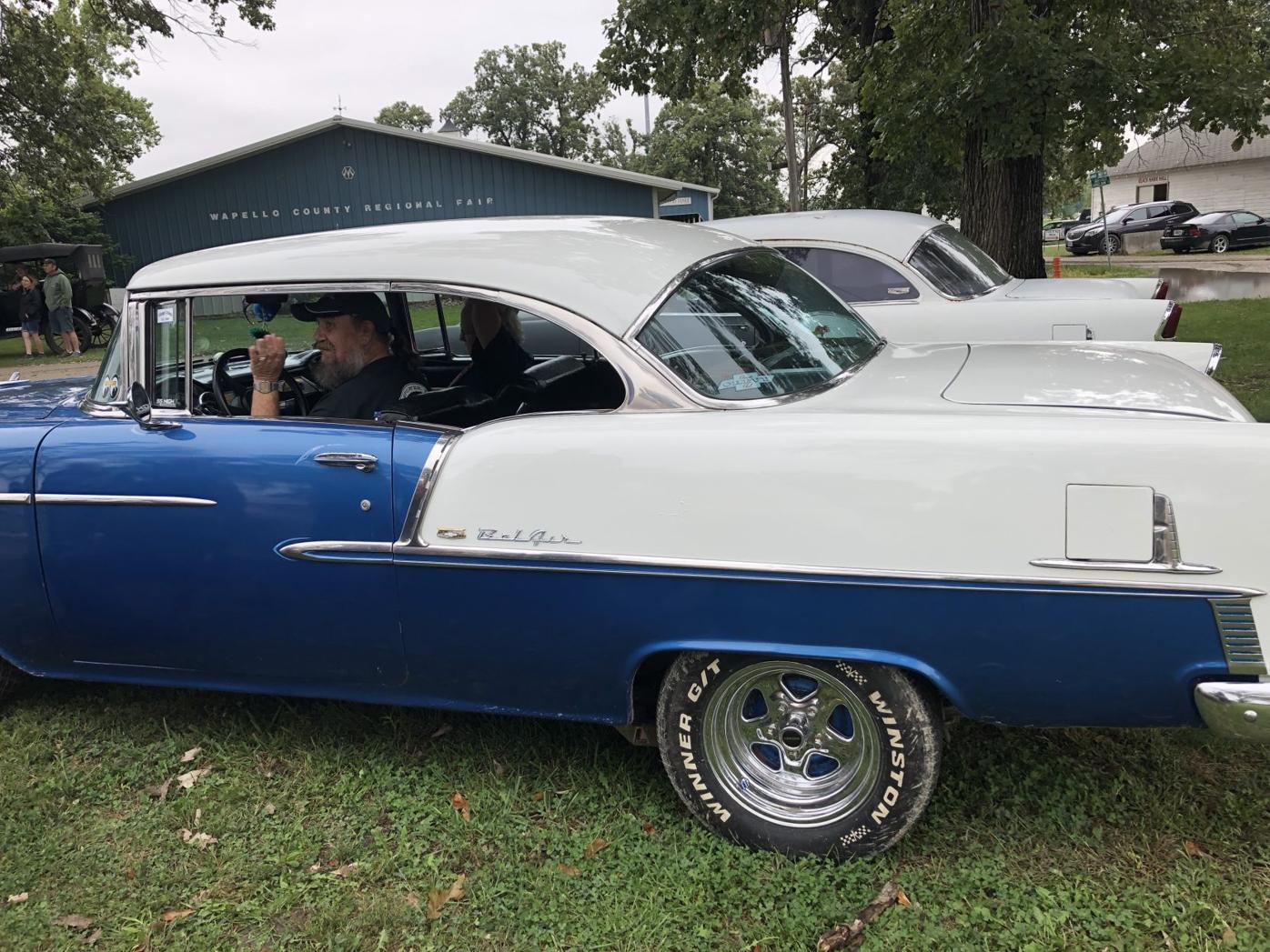 ELDON — History came alive for many at Saturday’s Old Iron and Swap Meet organized by Eldon Masonic Lodge. Attendees were taken in by the 1920s and 1930s Model T cars, a car from the ‘50s and all the vintage farming equipment.

What was more surprising was seeing farming equipment from the 1920s function. Many gathered to watch men use the 1920s hay press.

“This can make hay or straw,” Theresa Kitterman, of Selma, explained. “It is a threshing machine. It was able to run out on the fields, and the farmer could take on the collections. You feed your animals; livestock oats or if it was the right kind of oats I suppose. The byproduct of that, the separation, the threshing you get the straw. That’s for betting; they’re putting it in bails. This is the early way of bailing instead of being loose.“

Craig Brown, an Eldon Mason, was one of the men working with the others on the hay press.

“We worked on this for a month or so to get this [hay press] going,” Brown said. “Most of the stuff you drag out over weeks before. It’s exciting to see it work and run.”

Mike Roush, stood next to Brown and grinned. “It was a thrill to see how it was. A lot of people who operate this stuff don’t do it regularly. That’s where the drive comes from — getting it up and running.”

Roush said he also got pleasure from collecting different items, especially old, gas-powered engines. There was one particular engine he liked showing others.

“They made this in a large form that you pull the tractor in for large quantities,” he explained. “It’s designed to put in your shed and pull with it a small engine. They used it for everyday uses. It sat on top of wells and to pump water.”

“Old Iron” refers to as vintage farming equipment and antique tractors, as well as the classic cars that were displayed at the show. In order for a machine or vehicle to be “old iron,” it had to be no younger than 50 years old. Cars and farming equipment weren’t only on display; a retro Maytag Gaffer washing machine was, too.

Kitterman has been coming to the Old Iron show for years and always looks on with intrigue as men use the old equipment. “It’s interesting to learn ways of simpler times,” Kitterman said, “way back when everyone was self-sufficient.”

Kitterman was pleased with the outcome, but more so with the men who came to teach younger generations to use the farming equipment. “It is growing. We have different equipment each year,” she said. “Without people like that — that information is lost; history is lost without these guys taking an interest. The guys [working with the hay press] are trying to pass on that knowledge.”