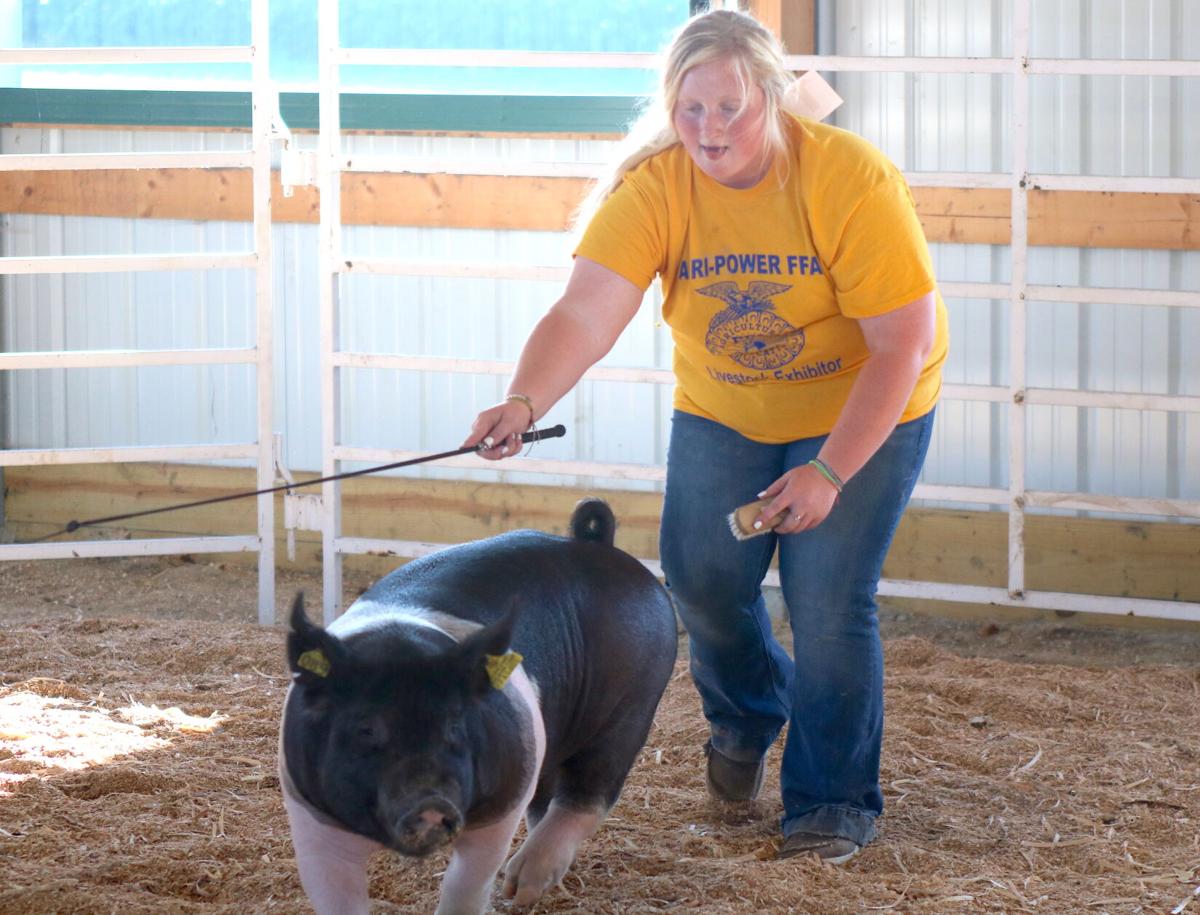 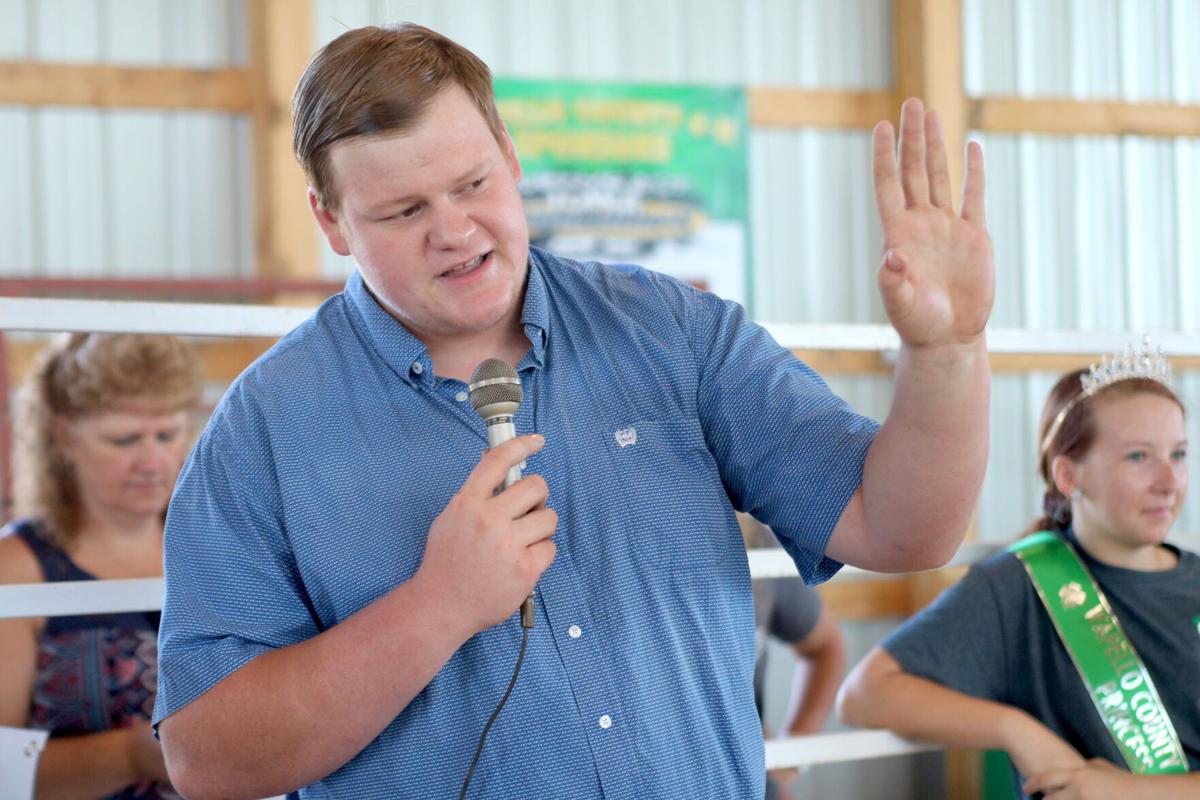 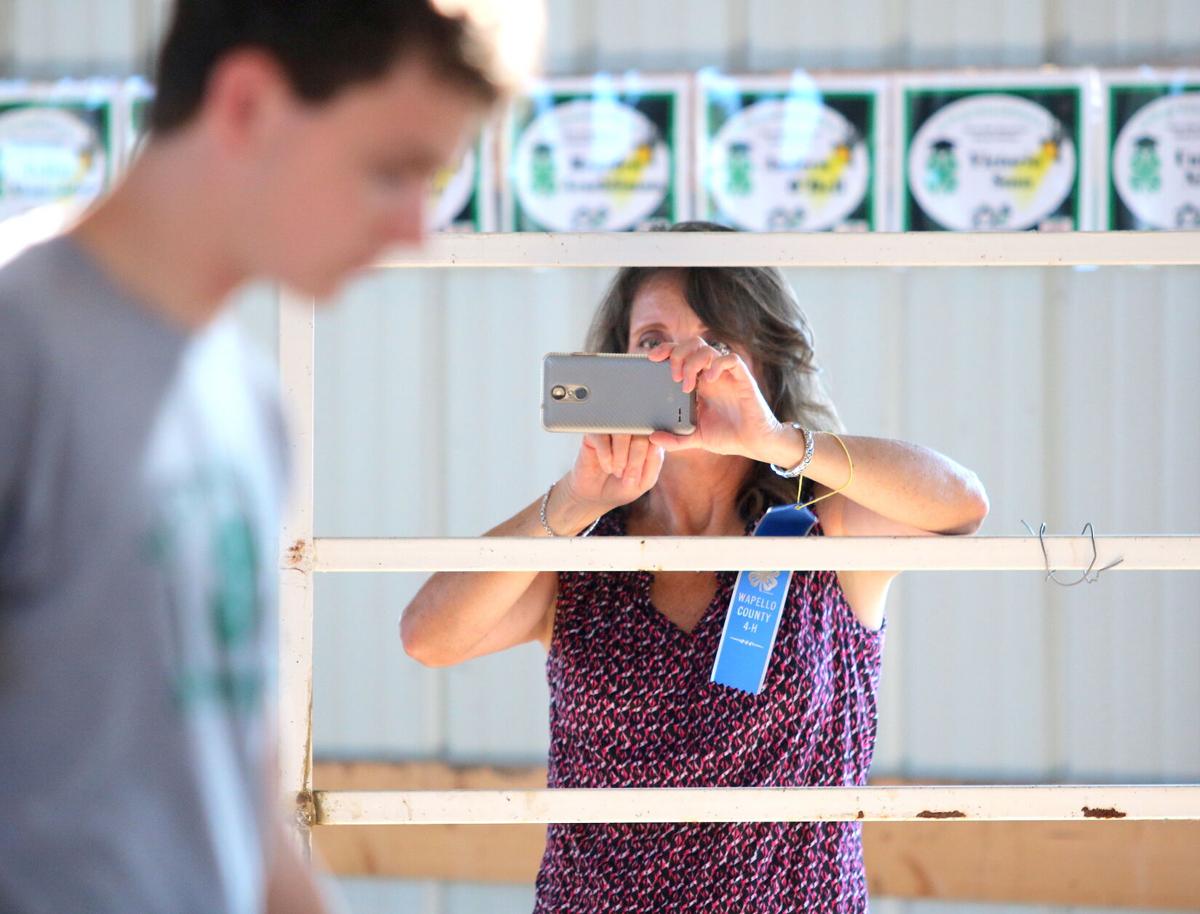 An observer takes a picture with her phone of the action in the show ring during Friday’s 4-H swine show at the Wapello County Expo Grounds. 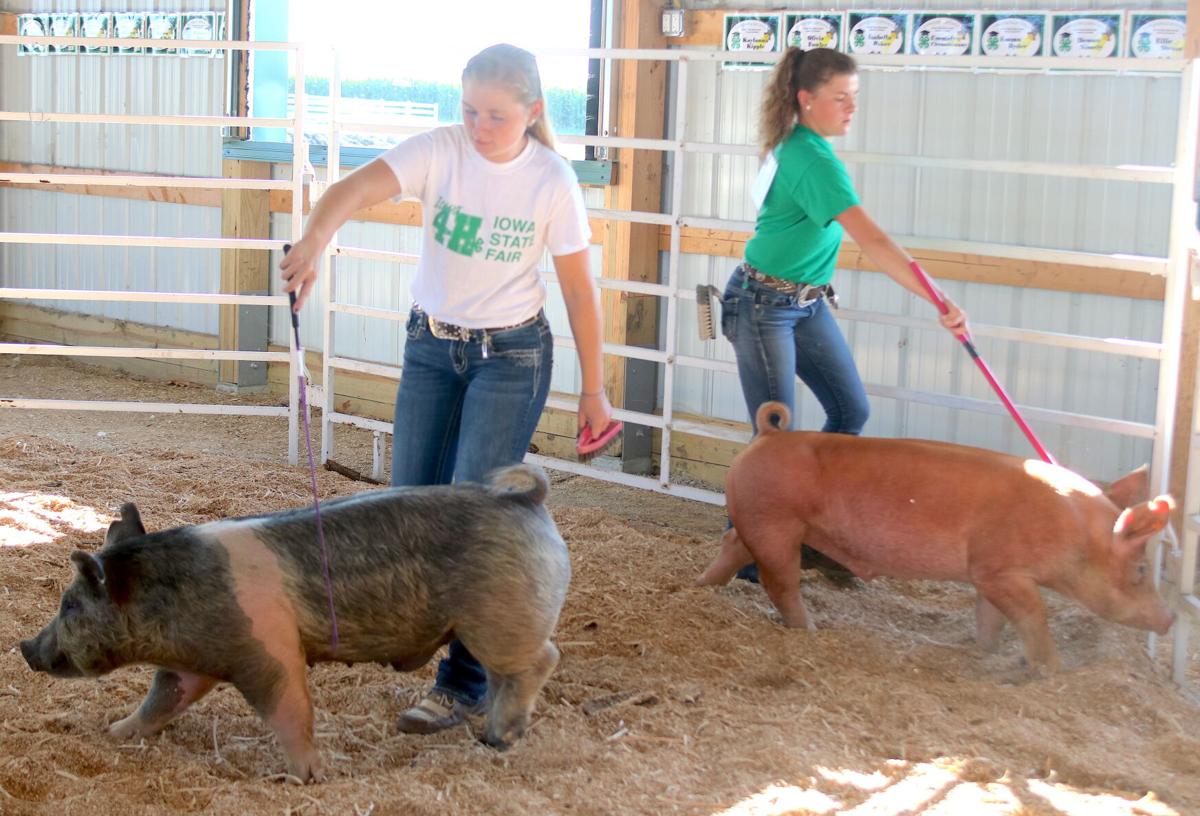 An observer takes a picture with her phone of the action in the show ring during Friday’s 4-H swine show at the Wapello County Expo Grounds.

OTTUMWA — From the temperature checks at the entrance to the decreased number of participants, this year’s Wapello County 4-H Expo was different.

The annual event wraps up today with the Beef Show at the Wapello County Expo Grounds, and it’ll end an abnormal chapter because of COVID-19. The public wasn’t allowed to attend, and social distancing was adhered to whenever possible.

“It’s been pretty smooth. We’ve had beautiful weather, and that’s something you can’t control,” said Cindy Emery, 4-H youth coordinator. “There were a lot of discussions about whether to have it, but we were in contact with public health and Iowa State. It’s gone pretty well.”

There haven’t been many adjustments on the grounds this year, with the only major difference being the horse show was moved inside the main show ring because of rain. Still, Emery believed it was important to allow the exhibitors and to have their time.

“A lot of these people live for this week,” Emery said. “Normally we have a lot of games and crafts, but some of those went away this year, especially if you require scissors for crafts. You’d have sanitized each one. It was just easier to not have to worry about that.”

The public wasn’t allowed to attend for the first time in years and was limited to mostly immediate family. A sign posted on the show ring said to keep pigs 6 feet apart during Friday’s swine show, but that was difficult at time.-z”It really has worked out well. Families have been able to come together, and our volunteers have worked really well to sanitize everything,” Emery said.

At least five counties are represented at the Expo. Since the pubic wasn’t allowed, all festivities during the week were live-streamed on the Wapello County 4-H Facebook page.

“I still wish we could have done more,” Emery said. “But seeing the kids out here makes my heart happy.”