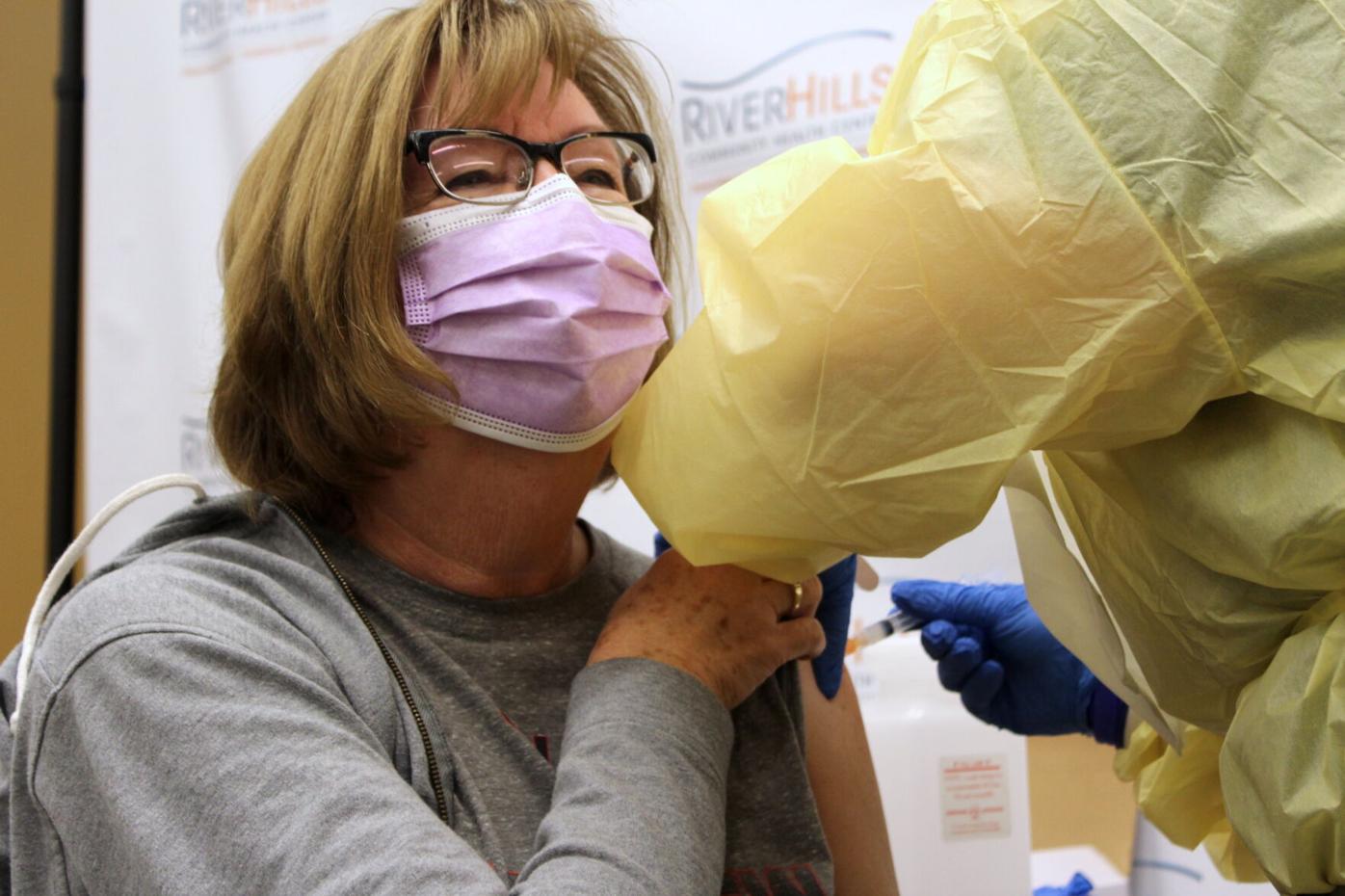 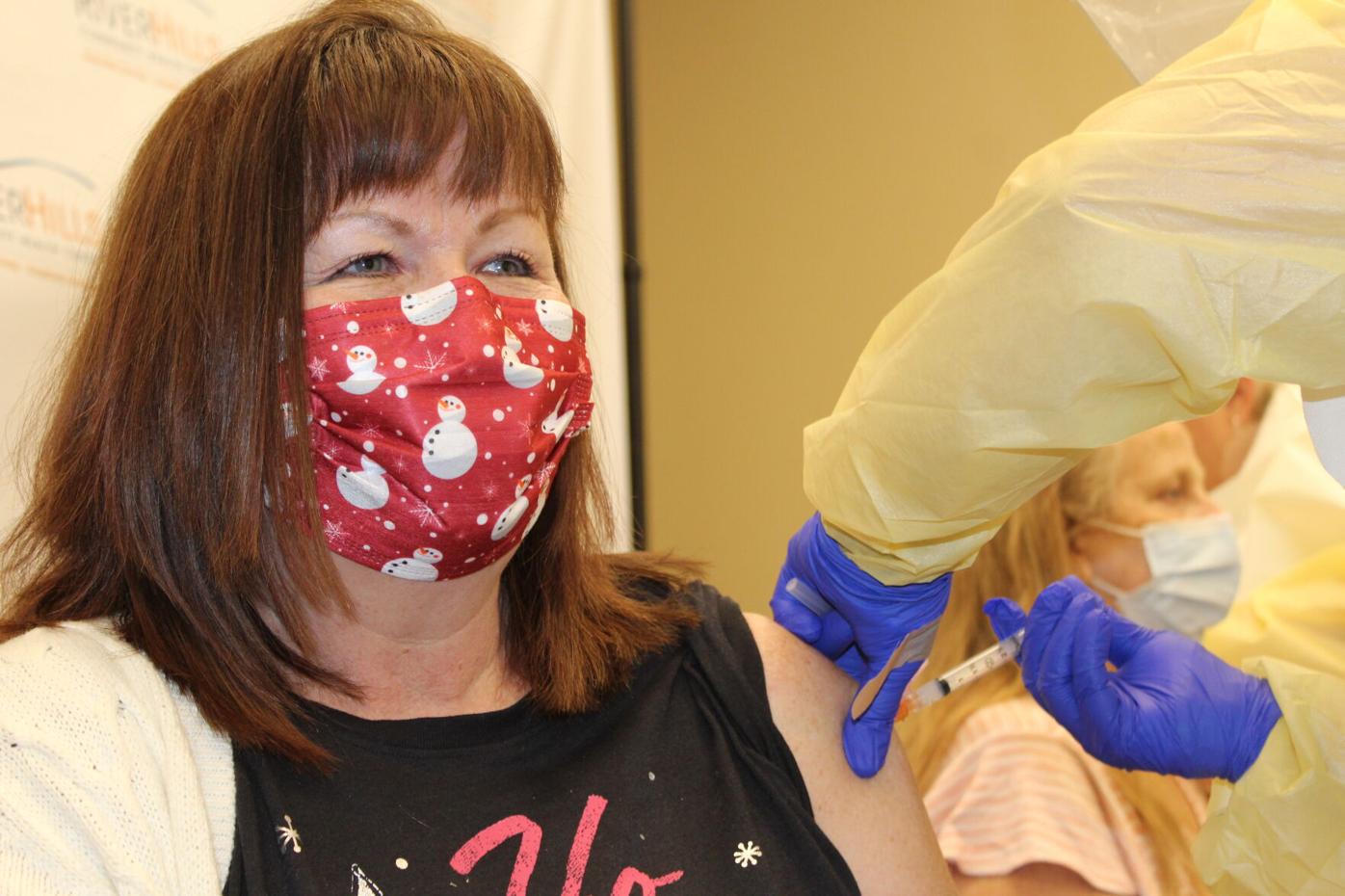 “This week, we got 400 in the county,” said Lynelle Diers, WCPH director, with 300 going to Ottumwa Regional Health Center. Diers’ department is administering the rest. “Next week, we’ll get more. We’ll have used our 100 doses by the end of [Wednesday].”

At River Hills, 60 of those doses, all the Moderna vaccine, were administered. John Wilson, RHCHC chief medical officer, said that they were all going to medical staff who have direct contact with patients.

“They’re all [phase] 1A personnel who volunteered to participate,” he said. “It’s not mandatory at this time, so not all personnel will be getting it.”

All the recipients had volunteered for the vaccine, Diers said, and she feels that’s how it should be right now.

“There’s no one in this community that’s mandated the vaccine,” she said. “At this point, I would hope it doesn’t become mandated. I think, at this point, people should be willing.”

Diers said the county will continue to receive doses and vaccinate people that the CDC and Iowa Department of Public Health deem as priorities in the first round of vaccinations, with medical personnel falling under that category. “Then, we will move on to the next group. Right now, it is not available to the public.”

Besides a limited quantity, logistics play into administering the vaccine. Diers said the Moderna vaccine is not one that needs to be kept ultra-cold; it simply needs to be refrigerated. However, if it’s not used within 30 days, it needs to be frozen at the temperature existing vaccines are stored at.

In addition, once a vial is opened, the entire vial needs to be used. Each vial contains 10 doses, she said.

Prior to the start of the vaccination clinic, Wilson made reference to those who have concerns over the vaccine’s safety. He said he was fully confident in it.

“Most vaccines have been able to control or eradicate diseases, and this is another disease we’ve been able to develop a vaccine to potentially control. We’re lucky if we can completely eradicate a disease,” he said, noting it's been done with smallpox and the world is close with polio.

“This has been a very devastating pandemic, and it continues to be bad,” he said. “This vaccine was studied by a large number of scientific personnel in the pharmaceutical industry and the CDC and FDA, and they’ve evaluated the results of all the studies.

Wilson said those officials look largely at whether the risks of the vaccine — or medication — outweigh the consequences of not being vaccinated or medicated.

“These officials met and reviewed by a vote of 20 yeses to one abstention that this would outweigh the risks and this would be beneficial to those 18 and over,” he said.

“I’ve been working with vaccines for over 30 years, and I’ve never seen critical situations involving vaccines,” she said. In fact, she said three of the members of her team, herself included, received the COVID-19 vaccine Monday. “We are all fine. We’re still here with no issues.”

Wilson likewise said he was getting the vaccine. “I would recommend it to anybody if and when they get the chance to be vaccinated,” he said.

In fact, when the clinic began, he was the first in line. “That’s it?” he said when it was over. “I’d do that again.”

And, he will. The vaccine requires a second dose, which he said will be administered in 28 days.

“Everybody will have to come back in 28 days," he said. "It’s a range, but they recommend 28 days. Hopefully, this is the beginning of the end of the pandemic.”

Jean Meisters, an RN at River Hills, was excited for her turn to get the vaccine.

“I’ve been waiting for this day,” she said. “It didn’t hurt one tiny bit.”

“We can finally see the light at the end of the tunnel,” Diers said. “It’s been a long nine months.”