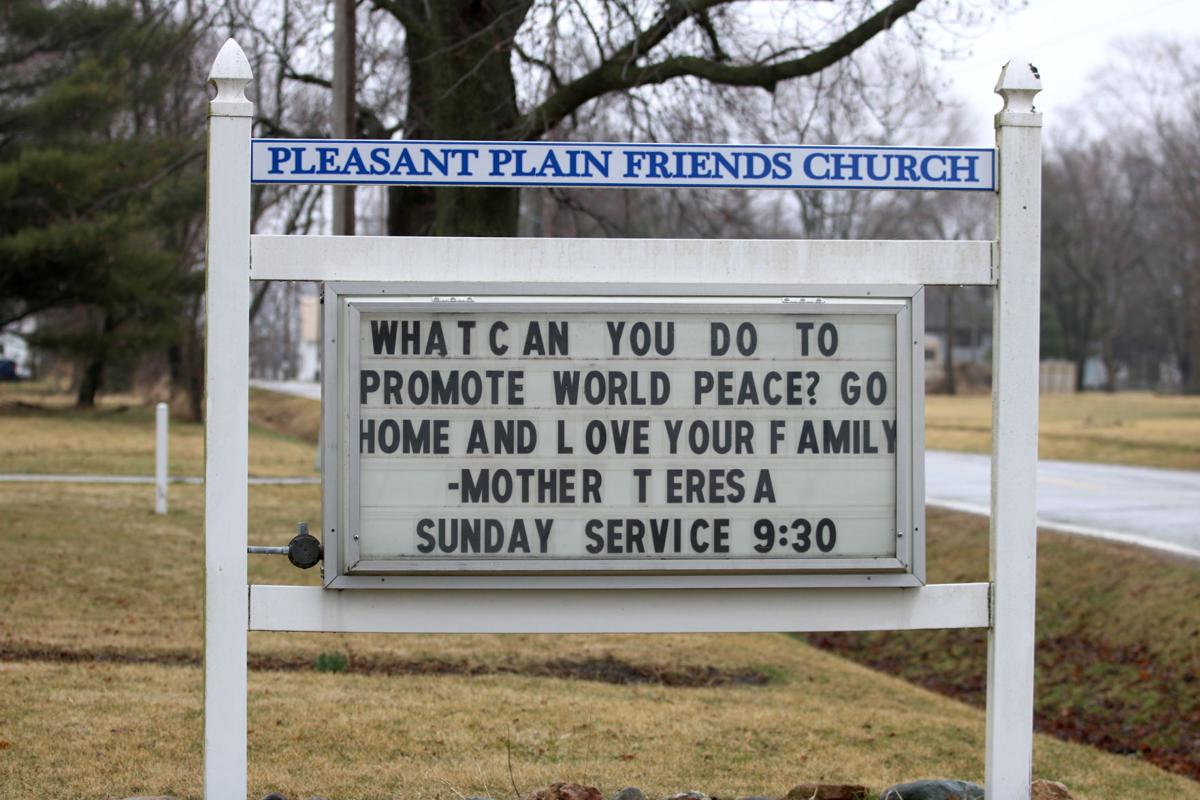 Pleasant Plain Friends Church, combined with its sister church, Woolson Friends Church in rural Jefferson County, serve about 80 members combine. Kevin Rohr, who pastors both churches, said they will begin to use Facebook Live to conduct services after the state imposed an order on mass gatherings featuring no more than 10 people. 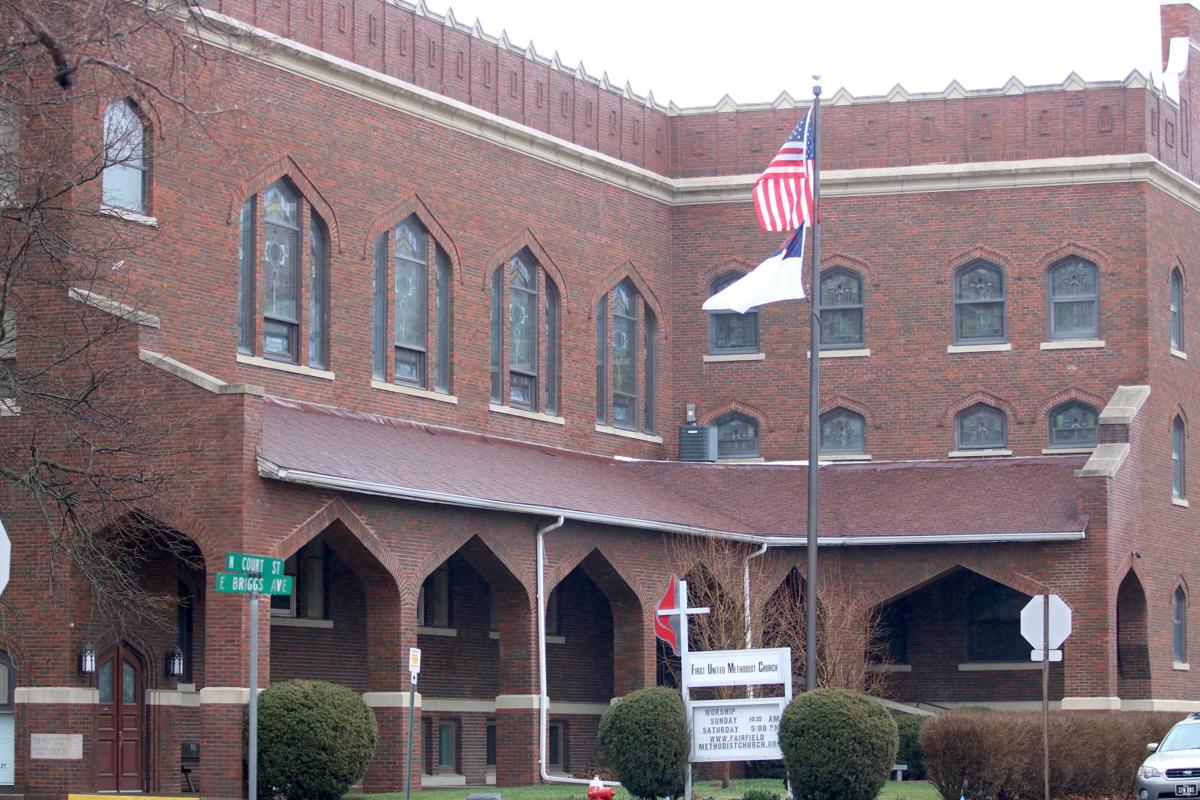 Chad Drury/The Courier First United Methodist Church in Fairfield, which served approximately 450 members, will begin holding services this weekend through videoconference as the state has imposed an order of no more than 10 people in a mass gathering.

Pleasant Plain Friends Church, combined with its sister church, Woolson Friends Church in rural Jefferson County, serve about 80 members combine. Kevin Rohr, who pastors both churches, said they will begin to use Facebook Live to conduct services after the state imposed an order on mass gatherings featuring no more than 10 people.

Chad Drury/The Courier First United Methodist Church in Fairfield, which served approximately 450 members, will begin holding services this weekend through videoconference as the state has imposed an order of no more than 10 people in a mass gathering.

Beth Harbaugh’s congregation is roughly 450 members at the First United Methodist Church in Fairfield, running the spectrum of young and old.

Kevin Rohr makes no bones about his congregants.

“It’s a geriatric congregation,” said Rohr, the pastor at Pleasant Plain Friends Church and Woolson Friends Church, numbering about 80 combined, in rural Jefferson County. “But, surprisingly, they have a lot of smart phones.”

Which is good, because both Harbaugh and Rohr are forced to adjust their way of doing things for a while.

Because of an order this week by Iowa Gov. Kim Reynolds to limit mass gatherings to no more than 10 people for at least two weeks, churches are just another entity that must deal with that reality. It’s altered the way funerals can be conducted, as well as normal church services.

For Harbaugh and Rohr, they’d already begun preparing for changes.

“It’s just change, and you go with the change,” Harbaugh said of conducting a service with no congregation. “I’m not going to be standing up there in my pajamas, but I think this will give more freedom. It’s a difficult time, but you just have to realize the opportunities.”

Harbaugh is big into the “hearing” portion of the service. While that is a vague term, she believes it is the correct one.

“There’s something very unique about that sense, whether it’s hearing the music, the voices of children, etc.,” she said. “It’s just very reassuring, and we have to create as much of that as we can.”

The Methodist church has been airing its services on local radio for 40 years, and that will continue this Sunday as well, Harbaugh said. But, the church is having to get creative to create a visual aspect for at least the next two weeks.

As a result, the United Methodist Church has recommended a videoconference program called Zoom to connect churches with their congregants. The first 40 minutes are free, Harbaugh said, “but our service goes longer than 40 minutes, so we’re going to have to go $14.99 per month.”

Rohr is in a much different scenario. His concerns stem from his older congregants embracing a new way of receiving the service and the coronavirus itself, and the lack of a reliable internet connection in the rural areas.

Still, he is pressing forward.

“We’re going to try a Facebook Live service,” he said of this week’s service. “With an online platform, people can have a chance to interact and comment, so I’m curious to see if our people will do that.

“You have an opportunity to adapt to the situation,” he said. “Certainly we’re not compelling people to watch it, but I just want to be able to connect with people.”

Four years ago, Rohr came from a church in Ohio where technology was front and center. Not only did the congregants embrace it, but it offered plenty more luxuries.

“People check out your services online long before they decide to go to your church,” he said. “In Ohio, we were always online with our service. It was the front door to our church.”

However, with a small congregation between the two churches, Rohr has another concern — money and donations.

“If you postpone actual services for a long period of time, that’s worrisome,” he said. “Some families in a church have the means to pick up the slack, but what if they get stretched thin? You can only keep it going for so long.”

Dealing with the work-related effects of the coronavirus is another hurdle for Harbaugh, who has seen her share of obstacles over the years. However, the funerals have been difficult because of the lack of a mass gathering. It has forced the grief to be spread over multiple services.

“We’ve had two people pass away in the last week and more in the last two months,” she said. “It’s been really difficult, because you have a small funeral, then a service at the cemetery and then a celebration of life later. It’s hard on each family. It’s stress on top of stress.”

But adversity is nothing new to Harbaugh, whether it’s an imposed order on mass gatherings or other calamities.

“I’ve been here three years, and unless you’ve experienced a natural disaster, it’s hard to have that empathy for people,” said Harbaugh, who was at a church in Lake City when a tornado went through, then was in Cedar Rapids during the 2008 floods.

“But it’s also at this time when peoples’ passion comes out. With challenges like this, you just learn how to be better.”