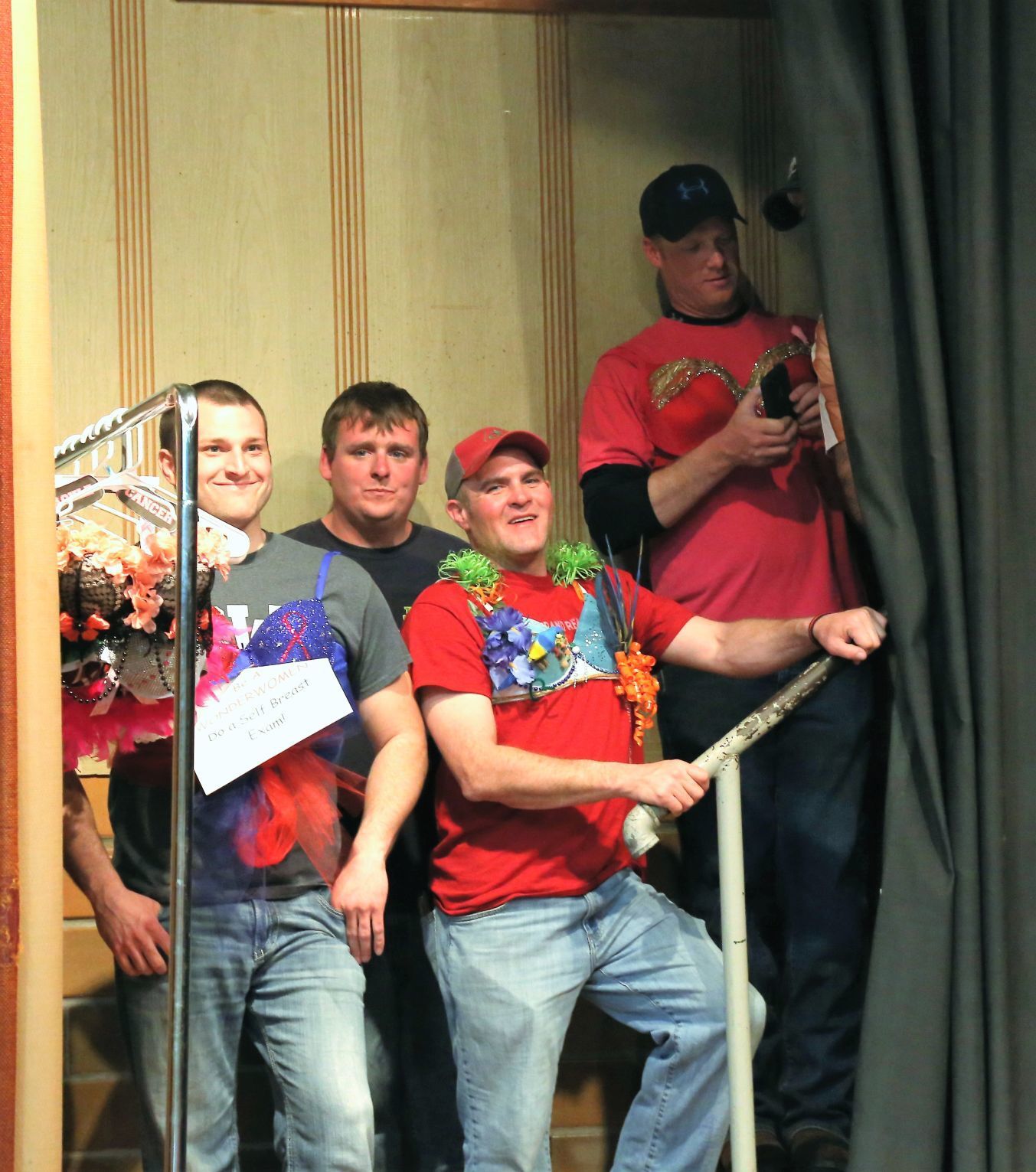 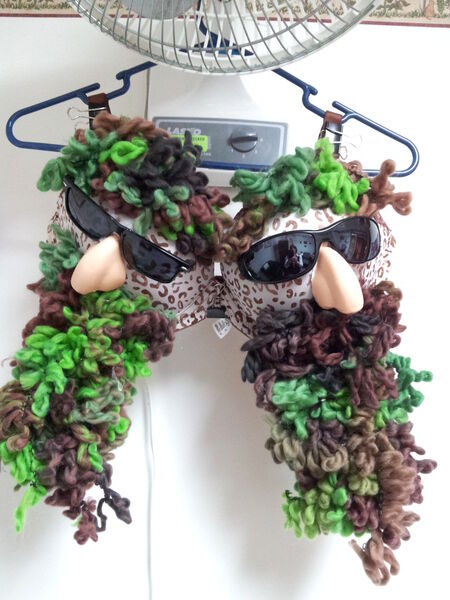 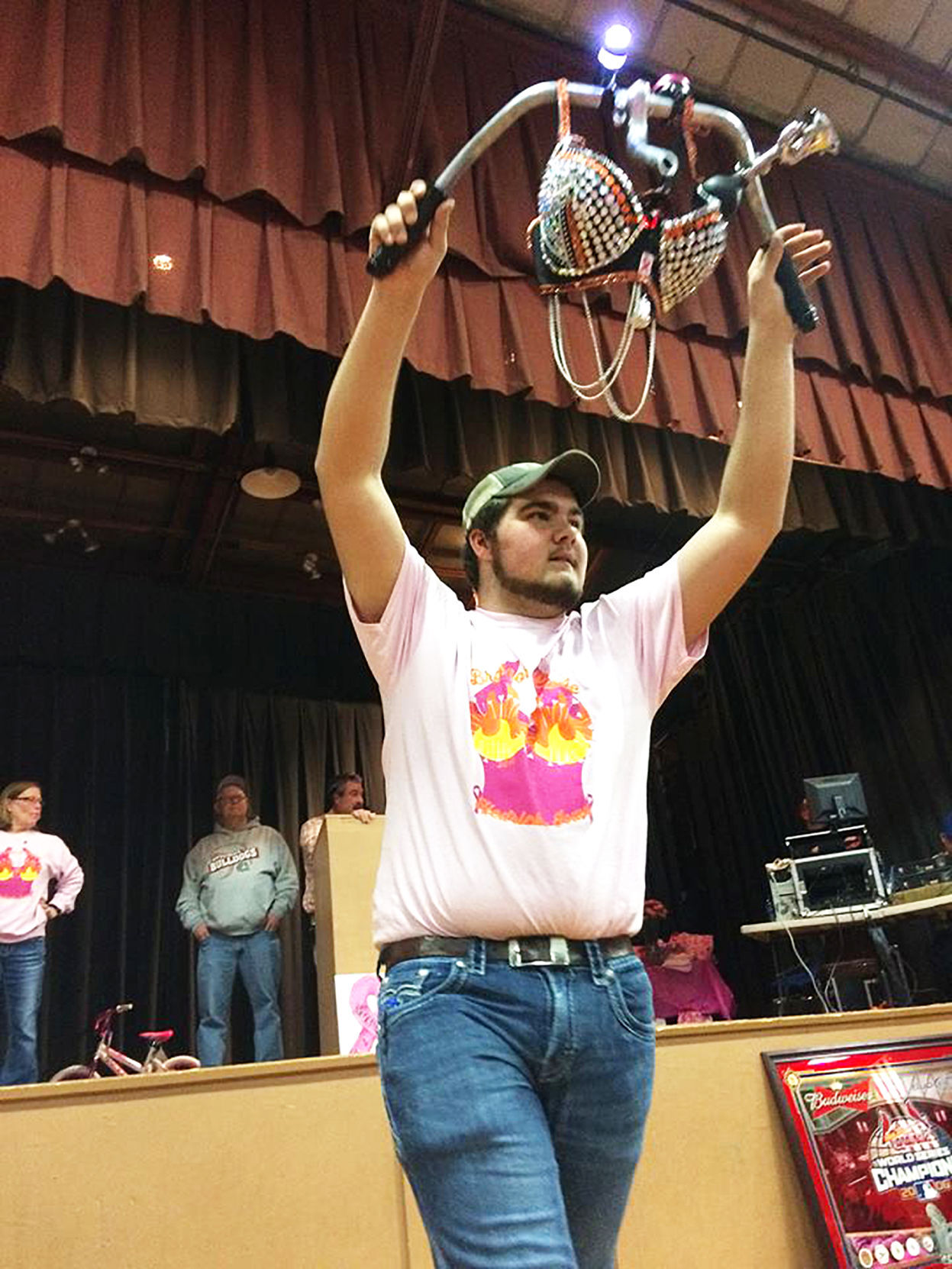 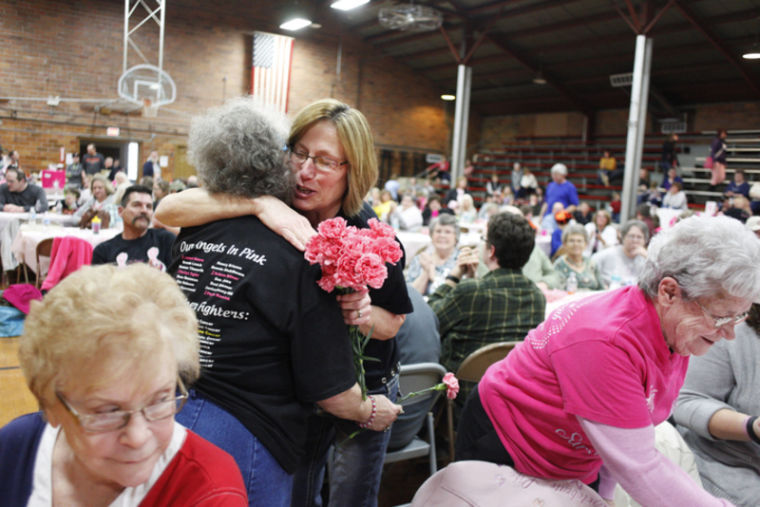 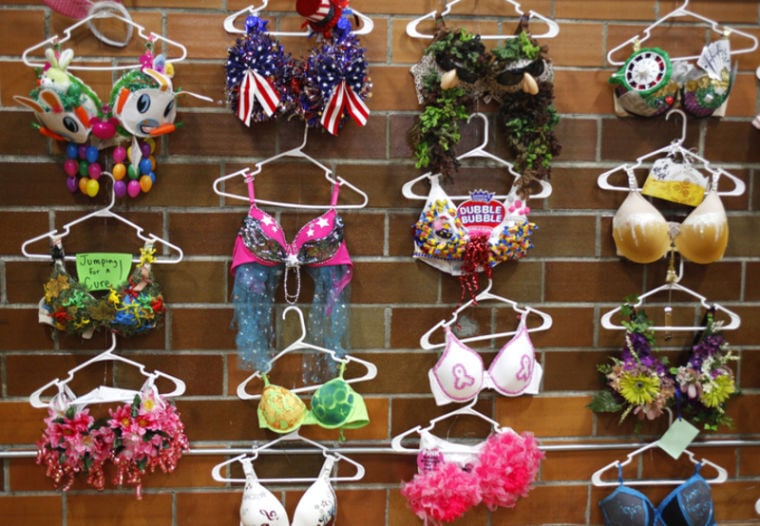 HEDRICK — Bras for a Cause is preparing for a big 10-year celebration in 2021. It will also see a change in schedule.

Laurie Hornback organized the event in 2011 as a way to raise funds for Komen Greater Iowa. That year, about $4,000 was raised. This year, even with reduced crowds due to COVID-19, more than $20,000 was raised.

“It was successful for as small as it was,” Hornback said. “Normally, we have it in April; however, this year we had to move it back [to September], and actually I’m going to keep it in the fall now. We’re going to have a big 10-year next year.”

Normal crowds in nonpandemic years have started to bring in nearly 500 people for the freewill dinner catered by Bubba-Qs, the live auction and the silent auction.

The live auction consists of Hedrick’s volunteer firefighters modeling extravagantly decorated bras. The bras are then auctioned off.

Originally, Hornback was going to use police officers when she was planning the first event in 2011, but then a Keokuk County Sheriff’s officer was shot and killed, and the plan was shifted to the firemen. They’ve been doing it every year since.

“They’ve never turned me down,” Hornback said of the models. “And they put on a pretty good show. They model them and walk the catwalk. They have a lot of fun.”

The bras themselves are decorated and donated by community members, with 75-115 bras up for auction each year.

“Oh my goodness. I have had some crazy ones,” Hornback said. “One of the craziest ones, at the very beginning, the staff and residents of Good Samaritan made a Duck Dynasty one that was really good. That was years ago.”

“We’ve just had everything,” she said.

The evening also includes a silent auction, which runs throughout the event. Hornback said that part of the fundraiser, which typically features more than 200 items, also does very well.

She decided to begin the event after she survived her first 2008 breast cancer diagnosis.

“I am a two-time cancer survivor. That’s what inspired me,” she said. “A friend and I just decided to try and do a fundraiser and raise some money for Komen. I have helpers, but it’s pretty much me — me and my kids. Bubbq-Qs has done the food for the last several years. That has helped hugely.”

She received her second diagnosis in 2015.

“It is very emotional for me because I put in a lot of work and it takes me a year to get it all done,” she added. “I also do a little survivor’s’ thing in the middle and hand out flowers to the survivors. The community has gotten so involved, it has backed me so well, we just gotta keep going.”

She said it’s heartwarming to see all the survivors come together and having the community backing her, from donating bras and silent auction items to donating desserts for the meal and coming out for the event.

“It makes me keep wanting to do it,” Hornback said. “Everybody knows somebody that’s been affected by breast cancer.”

Those wishing to decorate and donate a bra can contact Laurie Hornback. “All they need to do is decorate it and give me a call. I can either pick them up or you can even bring them the night of the event,” she said.

For more information, visit the Bras For A Cause Facebook page, call 641-777-4252 or email lauriehornbackrn@hotmail.com.