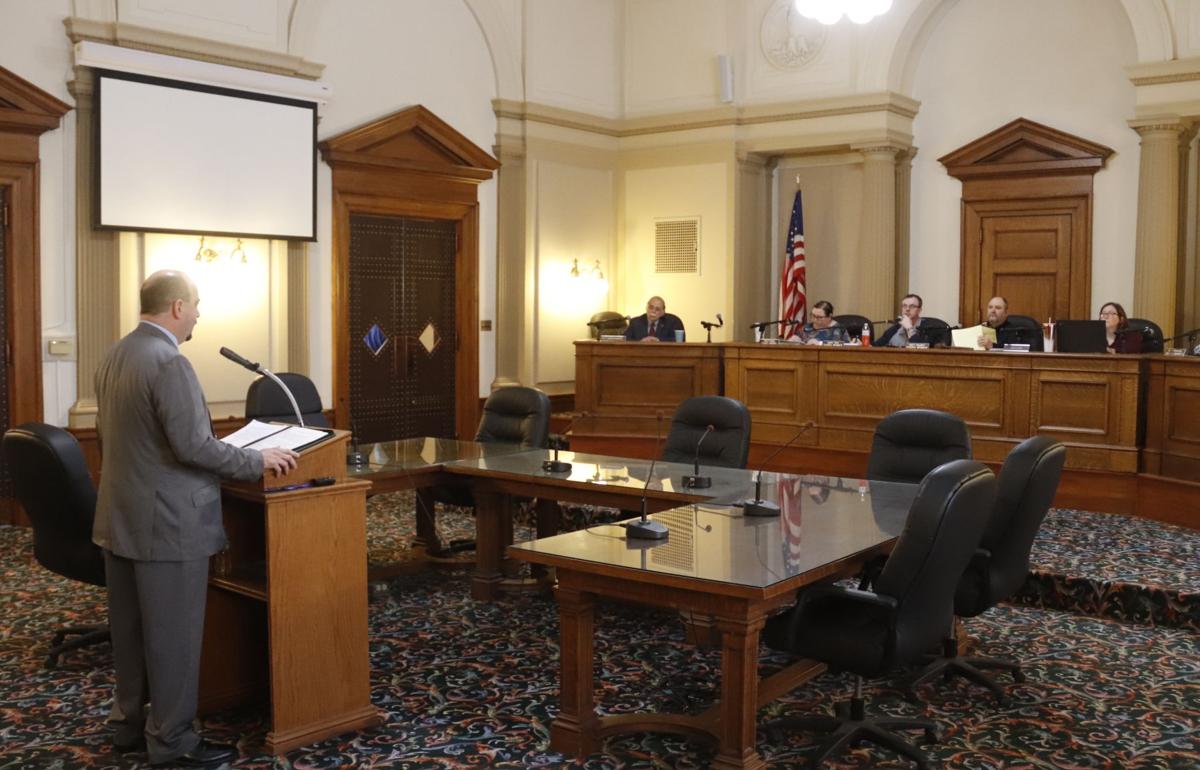 Joseph Gaa addresses the city council during his interview Saturday morning at City Hall. Gaa is one of two finalists for the vacant city administrator’s position. 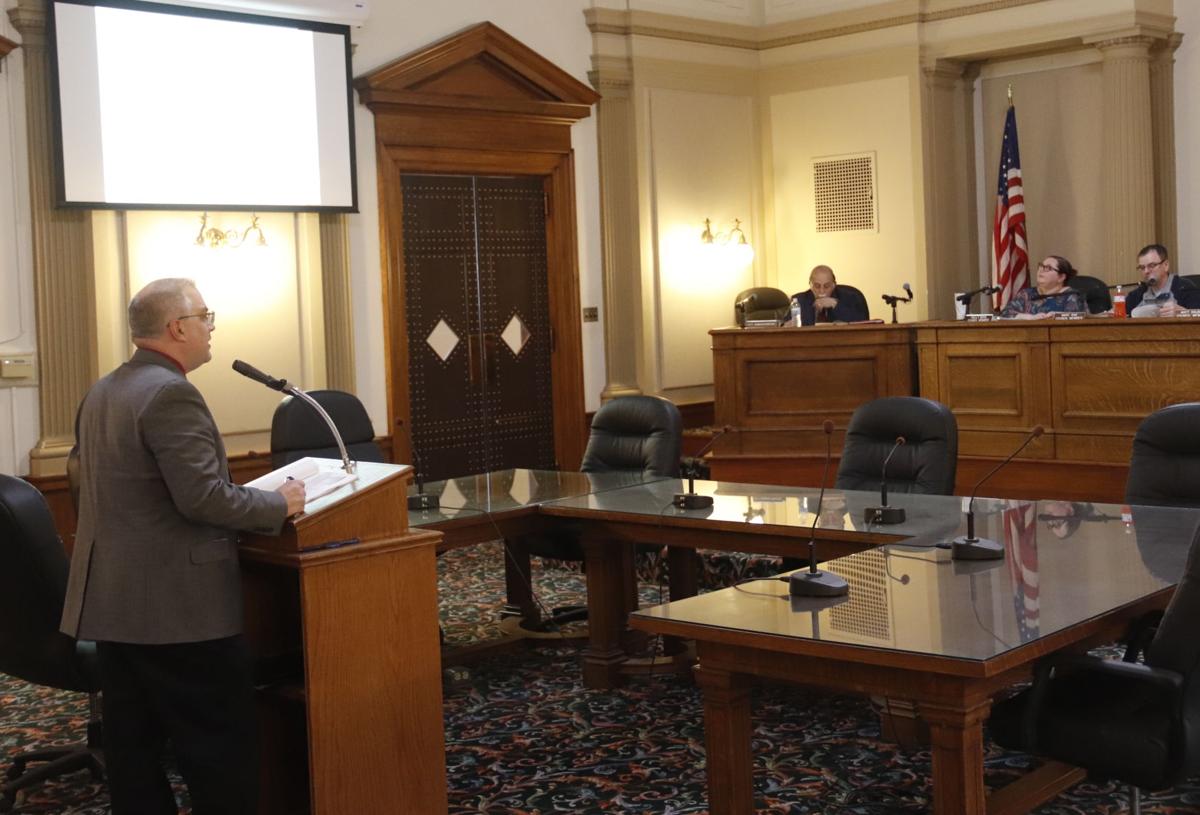 Philip Rath used a slideshow presentation on how he approached spending in a city he previously worked in during Saturday’s interview with the Ottumwa City Council. Rath is one of two candidates for the vacant city administrator’s position.

Joseph Gaa addresses the city council during his interview Saturday morning at City Hall. Gaa is one of two finalists for the vacant city administrator’s position.

Philip Rath used a slideshow presentation on how he approached spending in a city he previously worked in during Saturday’s interview with the Ottumwa City Council. Rath is one of two candidates for the vacant city administrator’s position.

OTTUMWA — The city entered what it hopes will be the final phases of hiring a new city administrator with an unusual Saturday morning session to interview two finalists.

Joseph Gaa and Philip Rath made their cases to the council and two other panels organized to gather impressions from the public and city staff.

Gaa, who worked in Chariton, said the city had been spending only operating expenses when he arrived, without investment in new equipment or improvements. He had to work with city staff had to rebuild a plan to get equipment into a replacement schedule and make other adjustments.

The biggest issue for residents would sound familiar to Ottumwans: streets. The lack of investment meant few repairs had been done.

“Probably the best way to say it is the city streets, residential streets, especially asphalt streets, were horrendous,” Gaa said.

It took time to improve conditions. Work on the streets moved in tandem with efforts to address dilapidated housing. As that work moved forward, the city began implementing plans to purchase new equipment. It took time, but the city slowly began progressing.

“The residential streets look much better. That’s where we started,” he said.

Rath also spoke about infrastructure, using a city he has worked in as a case study. When cities fail to invest in needed upgrades, he said, they can fall into a cycle of increasing costs that exceed the rate of economic growth. Underground utilities have a particular ability to degrade without the city thinking about it.

“How many miles of pipeline, water, sewer, are underground?” he said.

Rath favored what he called “priority based budgeting.” Rather than budgeting based on traditional approaches, it relies on setting the budget according to the city’s top priorities. Over time, he said that can show people the results of their tax dollars being put to use and improve the city’s tax base.

When the council began questioning the candidates, Councilwoman Holly Berg asked how Gaa would address Ottumwa’s increasingly diverse population. Gaa said the city administrator can act “as a bridge and a link” when people come to the city asking for help on issues.

“That was one of the things I picked up on the tour and the discussions last night,” he said. “For a long time southern Iowa was stereotypically white, typically conservative. That’s changing.”

To Rath, cities need to make it a point to reach out to “engage in exchange and dialogue.”

“One of the things I’ve recognized in my career is you get different cultures and distrust in government,” he said. When people come from areas where government is not trusted, cities must work to build trust in order to serve them.

Councilman Bob Meyers asked about the candidates’ views of the proper relationship between the council and the city administrator.

Rath said clarity is key, and that means you have to know a little bit about what people expect in terms of how to communicate. He didn’t promise he would always agree with others or that they would agree with him, but disagreements need to be handled with respect.

Gaa said honesty is key, even when it’s uncomfortable. “I believe in telling you the truth, no matter whether it’s something you want to hear or not. That’s the hardest part of this, sometimes.”

Both said they see Ottumwa as their home for the foreseeable future if they are hired.

Gaa said Ottumwa is the right size for him. He mentioned a fondness for rehabilitating buildings, and said there’s a sweet spot for that work before the community gets too big. “When you don’t have to drive an hour to go to Menards, that’s a happy place for me.”

Rath said he does not want to move his family repeatedly and thinks it is important to give his children a stable hometown in which to grow. Like Gaa, he said he does not see himself in a large metropolitan area.

“What we saw yesterday, in the snowy, wet conditions, my wife and I did some research ahead of time and we see a fantastic opportunity for us here,” he said.

The council discussed the candidates in closed session after the interviews. A selection is expected within the next week or so. The city hopes to have a city administrator in place by early March.