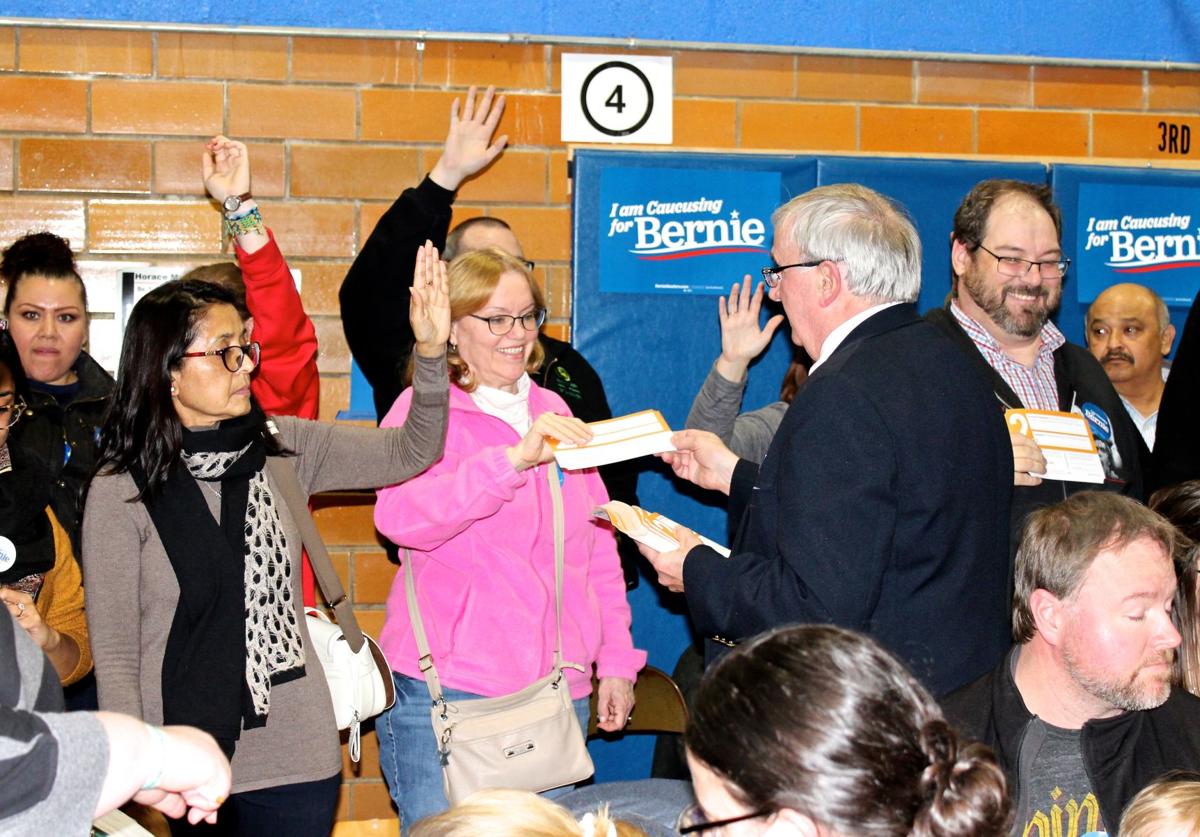 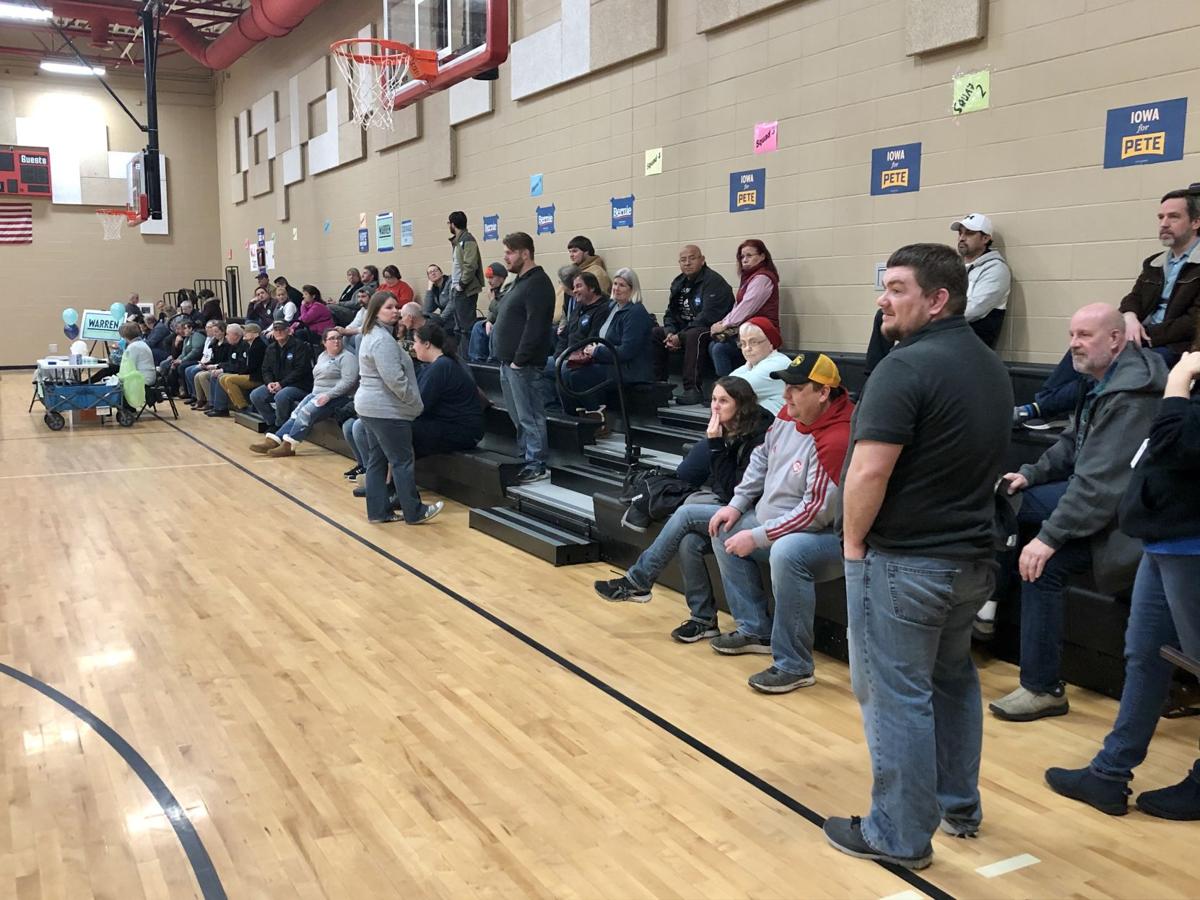 Attendees eagerly wait for caucus night to start at Precinct 8 located at Liberty Elementary School’s gym. 67 people were in attendance.

Attendees eagerly wait for caucus night to start at Precinct 8 located at Liberty Elementary School’s gym. 67 people were in attendance.

OTTUMWA — Close contests were the rule in Ottumwa as the 2020 Iowa caucuses arrived after more than a year of campaigning.

Sen. Bernie Sanders took the top spot at the caucus held in the gym at Liberty Elementary School, where Ottumwa’s eighth precinct caucused. Betty Olson was among the 67 people to attend that caucus. It was her first, and she was undecided.

“I’ve worked as a hospital nurse for many, many years, so I never had a chance to go,” Olson said, “so I’m not up-to-date on them. I’m not sure who I’m supporting, I’ll just have to wait and see.”

“He’s for health-care for all,” Paulk said.

“I feel like all around she has — I may not agree with absolutely everything, but I agree with most of what she’s promoting,” Miller said. “I know we can’t get what we all want in one candidate, but I think she’s a very bright woman. She has had a very strong career in the Senate and I think that could very well benefit her as our leader.”

Sanders had support of 24 people in the final count in Liberty’s gym, topping Warren by four and Pete Buttigieg, who finished third, by 10. Sanders had already brought in a win in Ottumwa’s noon satellite caucus, the first held in the state for this year’s contest.

Ottumwa’s second precinct met at Horace Mann Elementary School. George Houget said he was caucusing for Pete Buttigieg. “I’m caucusing for him because I like his answers and he doesn’t miss a beat. Anytime he’s asked a question, he has an answer that seems right. He’s very intelligent, you can tell that.”

Buttigieg, who took the precinct’s top spot, also drew support from Carol Shafer, who said his speaking ability helped sway her decision. “I think Pete is very intelligent, and he’s a very good speaker,” she said. “If he had to debate [President Donald] Trump, he’d come out on top.”

The precinct saw 145 people turn out for the caucus. Buttigieg’s 44 supporters topped the list, with former Vice President Joe Biden second at 37. The latter is who David Shafer backed.

John Richards liked several of the candidates — for vice president. To him, Biden is the one who is ready. “The reason that Biden is attractive to me is we’ve got a lot of younger ones running that would be a great vice president. They could get in there, learn the ropes and take over when Biden steps aside.”

Not everyone was necessarily focused on just a candidate. Melissa Childs said whoever the party’s nominee is will need to bring people together.

“I want to see a candidate that can bridge the divide between parties,” she said. “I think we see a lot of partisan politics right now, and I’d like to see somebody who can bridge that and get things done.”

All three of the top finishers clearly had viability, the party’s 15 percent threshold, from the first alignment of voters. Sen. Elizabeth Warren, who finished fourth, didn’t initially appear to meet that mark. She had 20 supporters in the first alignment, but gained five in the final tally.

Laverna Sincox, who backed Biden at Liberty, said Iowa’s unique role in the process is well earned. The campaign saw more than 20 candidates at various times, and many who came out to caucus saw candidates multiple times.

“I appreciate that Iowa gets this attention and has this process because it brings all these candidates to us,” Miller said, “and we get a chance to listen to them and make our final decisions. They’ve all been here for us since spring. That’s a big perk for us, I believe.”

Significant delays in the reporting of results by the Iowa Democratic Party meant full results from the caucuses were not available as of press time.