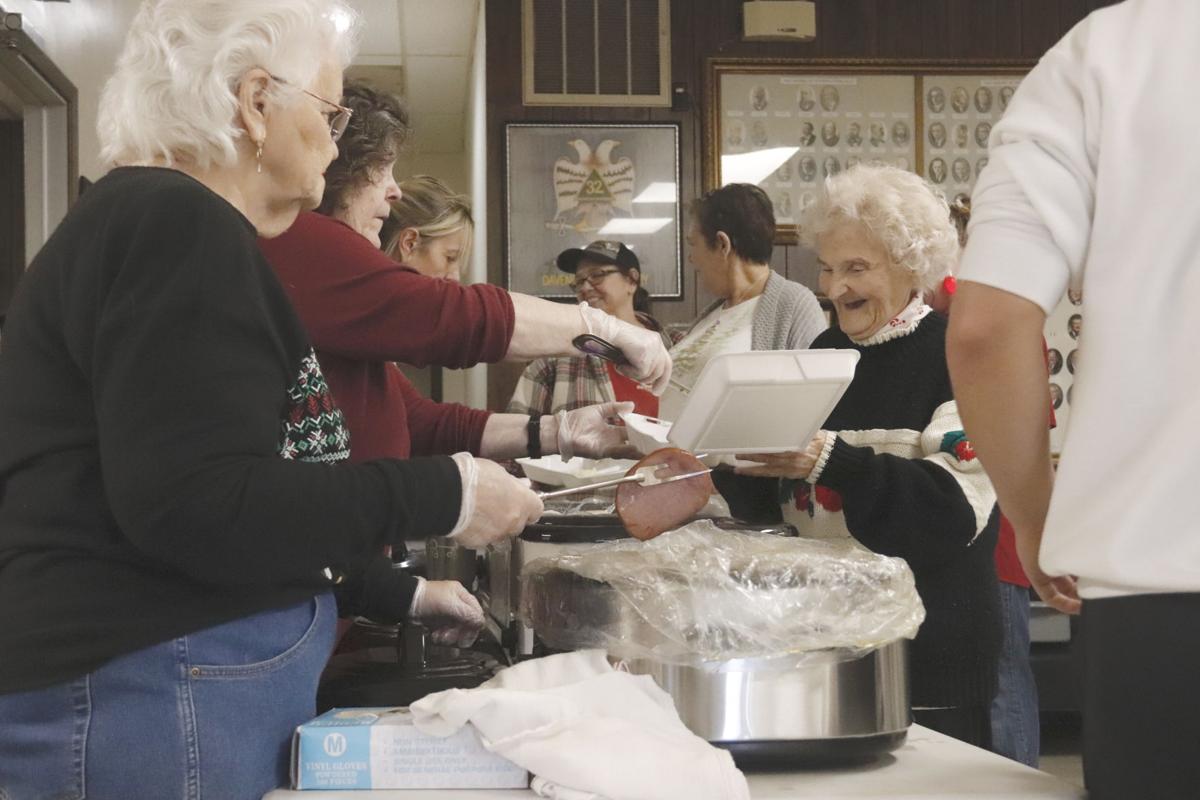 Familiar faces and new volunteers helped make sure the annual Christmas dinner in Ottumwa came off without a hitch. The dinner has been in transition over the past couple years, but seems to be in good hands. 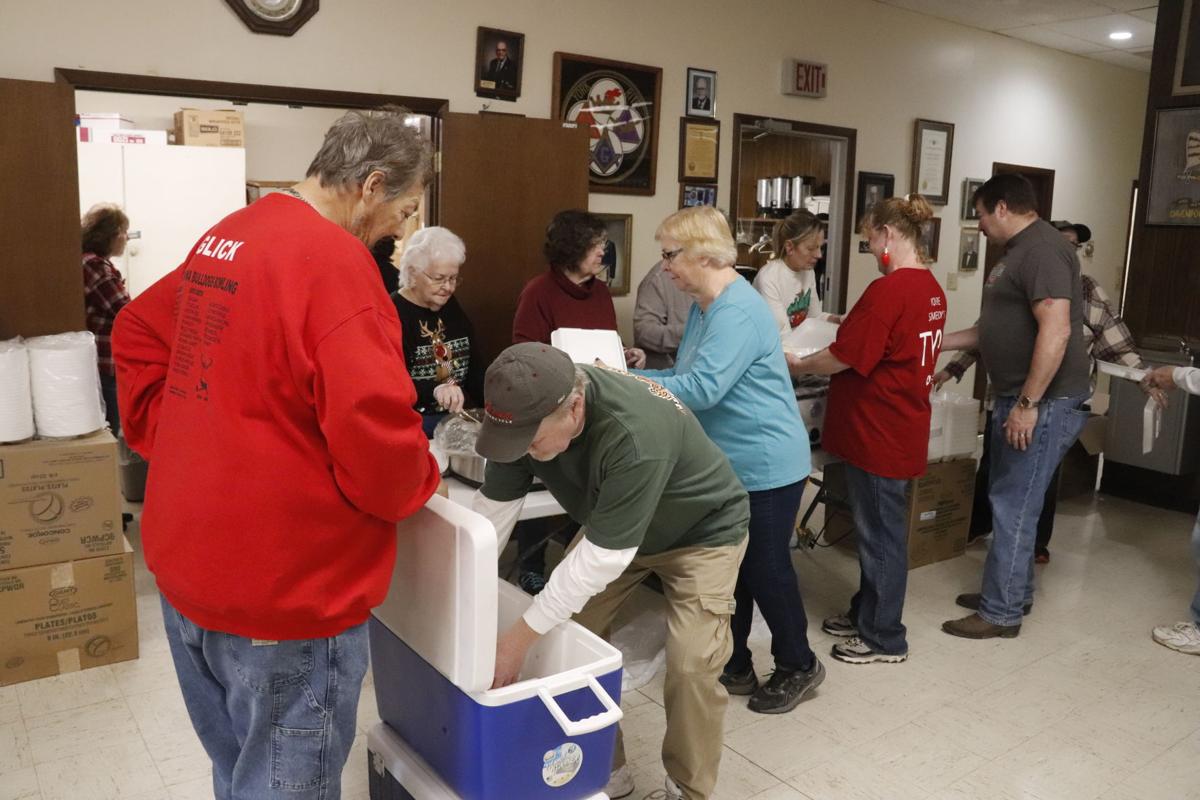 Familiar faces and new volunteers helped make sure the annual Christmas dinner in Ottumwa came off without a hitch.

Familiar faces and new volunteers helped make sure the annual Christmas dinner in Ottumwa came off without a hitch. The dinner has been in transition over the past couple years, but seems to be in good hands.

Familiar faces and new volunteers helped make sure the annual Christmas dinner in Ottumwa came off without a hitch.

OTTUMWA — The annual Christmas Day dinner at the Masonic lodge on Pennsylvania Avenue is no longer in the hands of the people who created it. And that seems to be just fine with everyone involved.

Last year was the first step in the change, when UAW Local 74 began the process of taking the reins from Lodge No. 16. This year, it was primarily the union’s show to run. Chris Laursen said last year’s experience helped immensely in making sure things went smoothly this time.

“We were really prepared this morning. We had all the prep work down,” he said. “It’s pretty cool. They’ve been doing this since ’82, and it’s a thing that’s not going to go down.”

Generations of Ottumwans have gathered at the lodge on Christmas morning to enjoy a meal, and many more have eaten meals delivered by the dinner in their homes. Numbers this year seemed similar to 2018. There were fewer drivers for deliveries, organizers said, but those who volunteered stepped up to make extra deliveries.

Melissa Pickerell’s blinking Christmas light earrings stood out in the room. Her husband is in the UAW, and they figured this is a good opportunity to lend a hand.

“They’re doing a lot of the work here. This is our second year; we like to do good things for the community and help out,” she said.

It’s that kind of annual volunteer that the dinner has relied on for decades. People get involved and some become mainstays, returning annually for as long as they can.

Amid the new faces, some things stayed just the same. Coolers filled with meals as volunteers formed an assembly line. Others lugged the filled containers to cars to head out into Ottumwa. Rows of tables sat ready for the people who would dine in, with dishes of butter alongside plastic utensils, and a table of desserts at the back of the room.

And, holding court in one corner of the room was Chuck Osing. He was the driving force behind the dinner for a long time, and no one seemed surprised to see him keeping a watchful eye on things.

Except, perhaps, for Osing himself. He recently fought off the flu, and wasn’t sure he’d have the stamina to make an appearance. He was happy to see things go on just the way they have for so long.

“I’m so glad to hand it over to people who are taking care of it,” Osing said.

And it looks like the dinner will stay in those hands for years to come.