OTTUMWA — Philip Rath is the city’s choice for Ottumwa’s next city administrator, a decision likely to be ratified next week. The contract gives a starting date of Feb. 17, earlier than the city had anticipated completing the hiring process.

Rath was one of two finalists who interviewed with the council a week ago in public sessions at City Hall. Rath previously served as city administrator for Monroe, Wisconsin, from late 2010 to October 2019.

Rath’s Jan. 25 presentation to the council during his interview focused in part on the approach he implemented on budgeting. Rath called the process “priority based budgeting,” and he said it is designed to plan around the city’s top priorities rather than assume prior years’ budgets provide the best template.

Rath also spoke directly to the need to ensure maintenance of underground utilities, an issue at the forefront of recent council discussions and the sewer separation project. 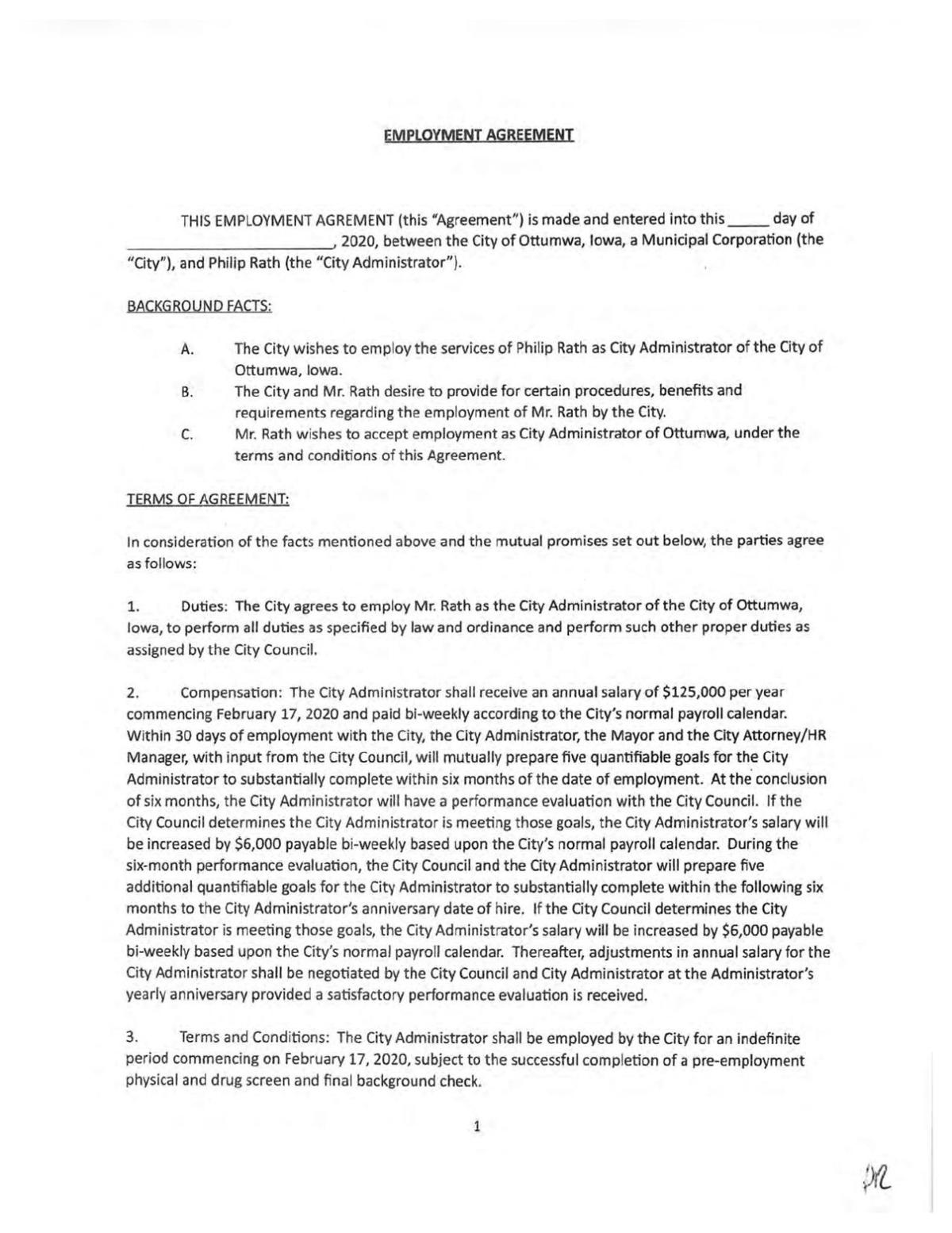 The offer is contingent on completion of a final background screening, a physical and a drug screening. Starting salary is $125,000, and could rise with incentives. The agreement describes creation of mutual goals for Rath’s first six months, which could result in a $6,000 raise if he attains them. A second raise by the same amount is possible at the end of Rath’s first year should he complete an additional five targets set by him and the council.

Rath will receive four weeks’ vacation, 40 hours of sick leave, and up to $7,500 in moving expenses.

The initial contract is for two years, and renews automatically “as mutually agreed by the parties, with the wage negotiated during an annual performance evaluation.”

City council members are being asked to approve a resolution approving Rath’s hiring and the initial contract. The vote will take place during the council’s meeting at 5:30 p.m. Tuesday in the council chambers at City Hall.