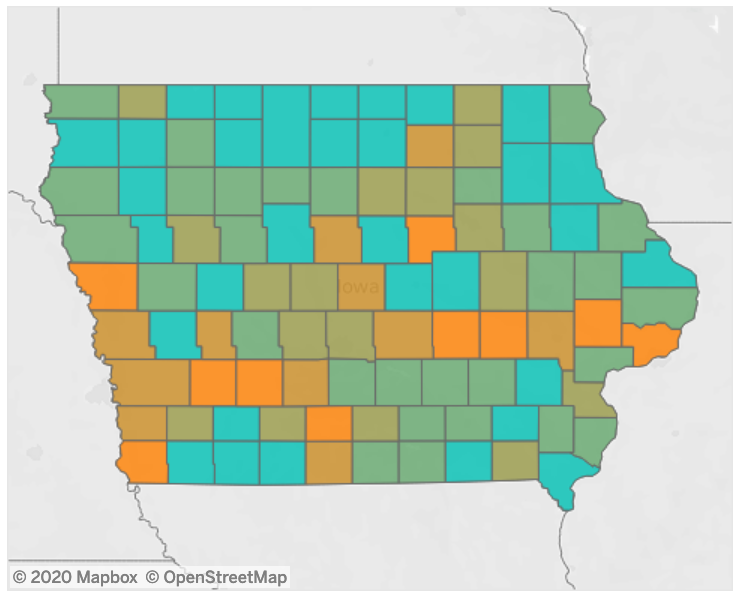 Iowa’s map from Unacast’s Social Distancing Scoreboard shows a wide range of responses from counties across the state. Wapello County scores a bit higher than the state average, meaning it has cut travel by a higher percentage. 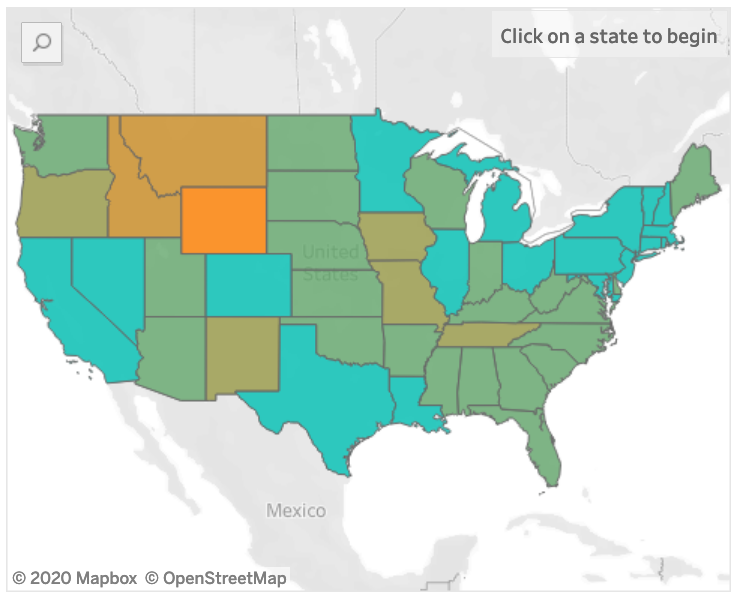 Iowa’s map from Unacast’s Social Distancing Scoreboard shows a wide range of responses from counties across the state. Wapello County scores a bit higher than the state average, meaning it has cut travel by a higher percentage.

OTTUMWA — Iowans have cut their movements as the virus that causes COVID-19 spreads, but the state still receives a grade of C from one company using cellphone data to track the changes.

To earn an A, states needed to show at decrease in distances traveled compared to pre-epidemic levels of at least 41 percent. Iowa’s drop of 29 percent puts it in the middle nationally.

Unacast uses data that comes from games, apps and other programs people have on their cellphones. Tracking that data is not new. Companies have used it for years to target advertising and sales pitches.

But since the phones talk to cellphone towers constantly, they can also reveal patterns with people’s movement. That’s where Unacast’s Social Distancing Scoreboard comes in. It compares new data with what Iowans were doing prior to the outbreak.

“Using the change in distance traveled from pre-COVID-19 days as a proxy, we determined a ‘Social Distancing’ score for each county,” the company said on its website.

Wapello County scores better than the state average, as does every other area county. Wapello County received a B from the company for its 32 percent drop in average distance traveled.

Most of that decrease has come on weekends. March 14, a Saturday, showed a large drop in the distance county residents traveled. Things returned to normal during the work week, then took another dive this past weekend.

Davis County residents cut their average distance by more than half, earning an A. Jefferson County wasn’t far behind, also earning a top mark.

As of Tuesday, Wapello County was the only area county with a confirmed COVID-19 case. That case was announced Monday. It involves an older adult between the ages of 61-80.

National officials have said the risk from the virus seems to rise with age and other medical conditions. But they are increasingly emphasizing that youth is not a protection. Even young, otherwise healthy people have seen serious complications. Those who do not can still transmit the virus to others who might be at higher risk.

The federal Centers for Disease Control said symptoms appear between two and 14 days of exposure to the virus. The most common symptoms are fever, cough and shortness of breath.

The CDC lists emergency warning signs as trouble breathing, persistent pain or pressure in the chest, new confusion or inability to arouse the person, and bluish lips or face. Those warning signs demand immediate medical attention.

Those without such complications are being urged to call ahead to doctor’s offices or clinics before going in. Some may not need to be seen on-site, while those who do need to be evaluated may receive special instructions for their arrival.

The basic advice from both local and national health experts remains to wash your hands frequently using soap and warm water, to cover your cough with a tissue or elbow, and to stay home if you are sick.