DES MOINES — The Iowa Court of Appeals found Wednesday that a Wapello County man held as a sexually violent predator should remain in custody.

Austin Keck challenged his detention, which was ordered while he was serving a five-year sentence for enticing a minor. The sentence was originally suspended but was revoked after he was found to be messaging underage girls and exchanging photos with them, which violated the terms of his probation. 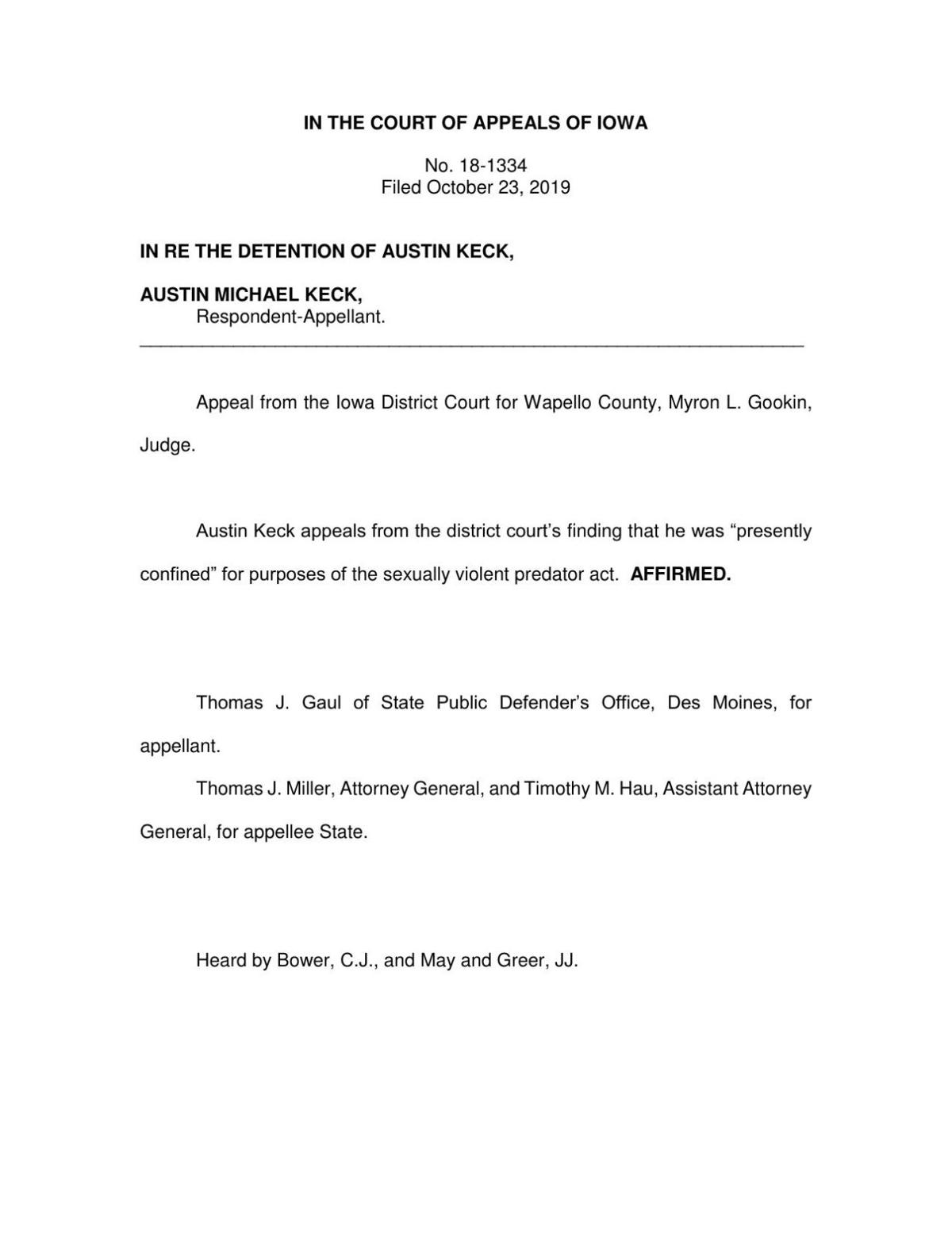 Keck’s appeal focused on the requirement that a person may be subject to civil detention as a sexually violent predator if they are “presently confined” for such an offense at the time of the petition. Multiple Iowa cases have sought the courts’ clarification of what that language means.

The appeals court found Keck was “in the custody of the department of corrections serving his five-year prison term for his conviction of enticing a minor, a sexually violent offense,” at the time the petition was filed. Based on that, the court upheld Keck’s detention.

The outcome of Keck’s appeal mirrored another case the court ruled on Wednesday. James Dake’s detention was also upheld after an Appanoose County court found him to be a sexually violent predator. 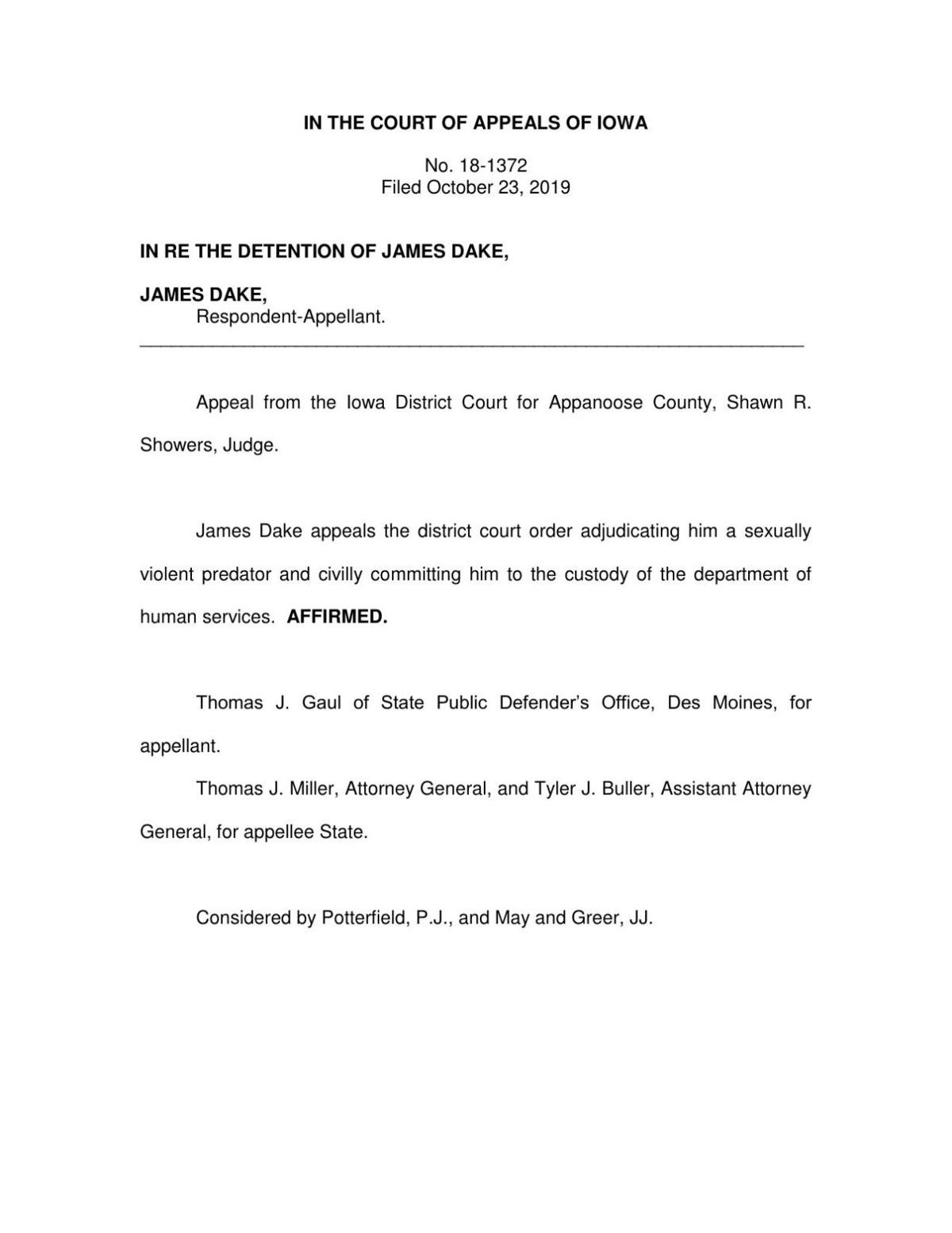 Dake’s case dates to 1981, when he was 15. A juvenile court adjudicated him as delinquent on one count of sexual abuse in the second degree. He was given probation. In 1994, he pleaded guilty to two more counts of sexual abuse after admitting sexual contact with a 5-year-old girl. He was sentenced to 50 years in prison.

In December 2017, the state filed a petition to have him found a sexually violent predator and keep him in civil commitment. His discharge date was January 2018. A bench trial on the petition heard from two experts, who drew different conclusions on Dake’s diagnosis. The court determined he was a sexually violent predator and ordered his commitment.

The appeals court ruled that the judge in the commitment trial weighed both experts and found the opinion that Dake was more likely than not to reoffend more credible, which was within the court’s discretion. It affirmed his detention.