Troy Davis, 56, was charged this summer, and in August a federal magistrate denied his request for a release while his case is pending. Judge Celeste Bremer cited his 1998 conviction for lascivious acts with a child and a lack of supervision as reasons for rejecting the request. 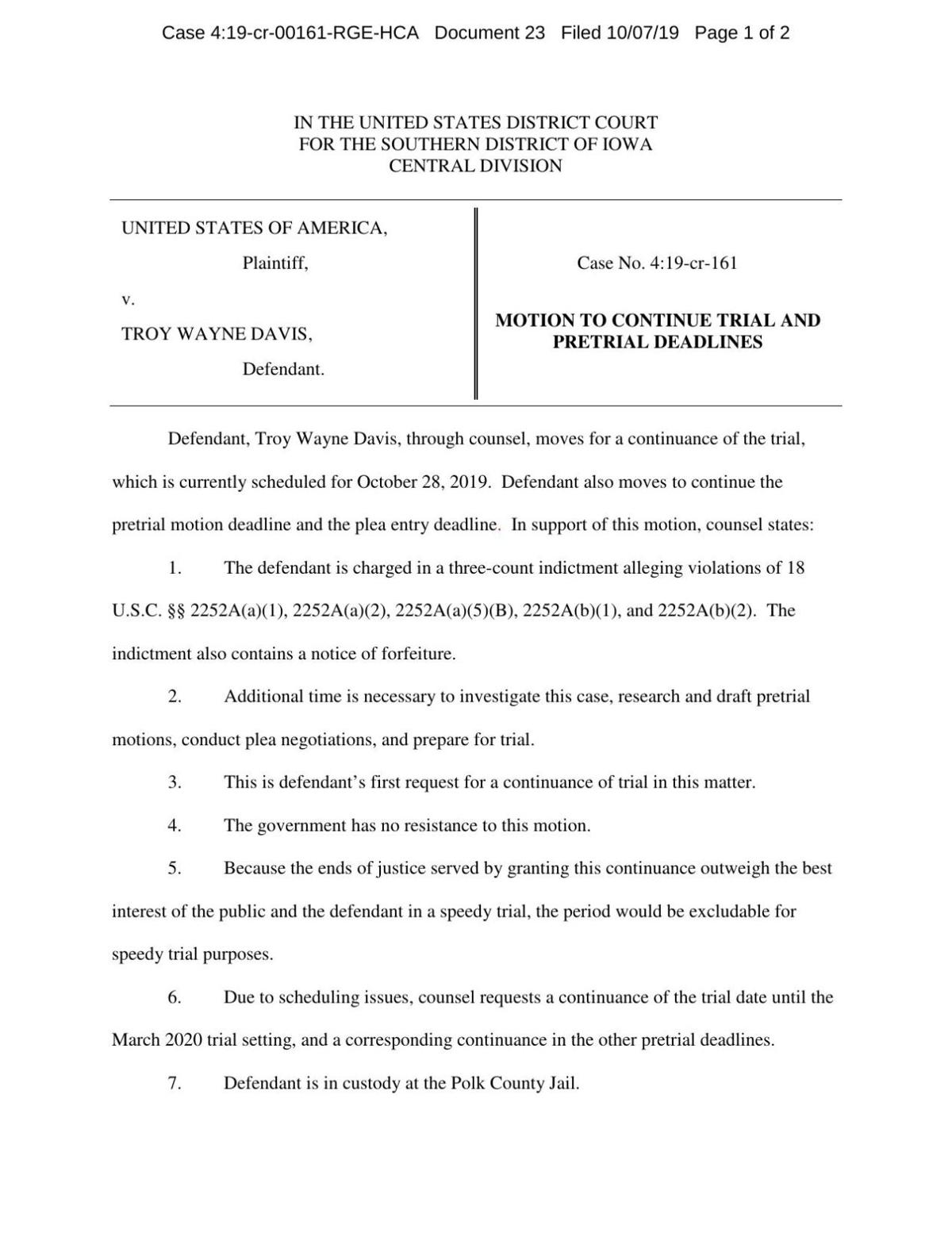 Davis remains in custody in the Polk County Jail. Graeve’s request asked that the trial be continued to March 2020.

OTTUMWA [mdash]Connie J. Solomon, 73, of Ottumwa, died January 15, 2020 at Good Samaritan Society-Ottumwa. She was born January 1, 1947 in Ottumwa to Eugene and Bernadine Walker Solomon. Connie completed the Airplane Mechanics course at Indian Hills Community College and retired as a hairsty…