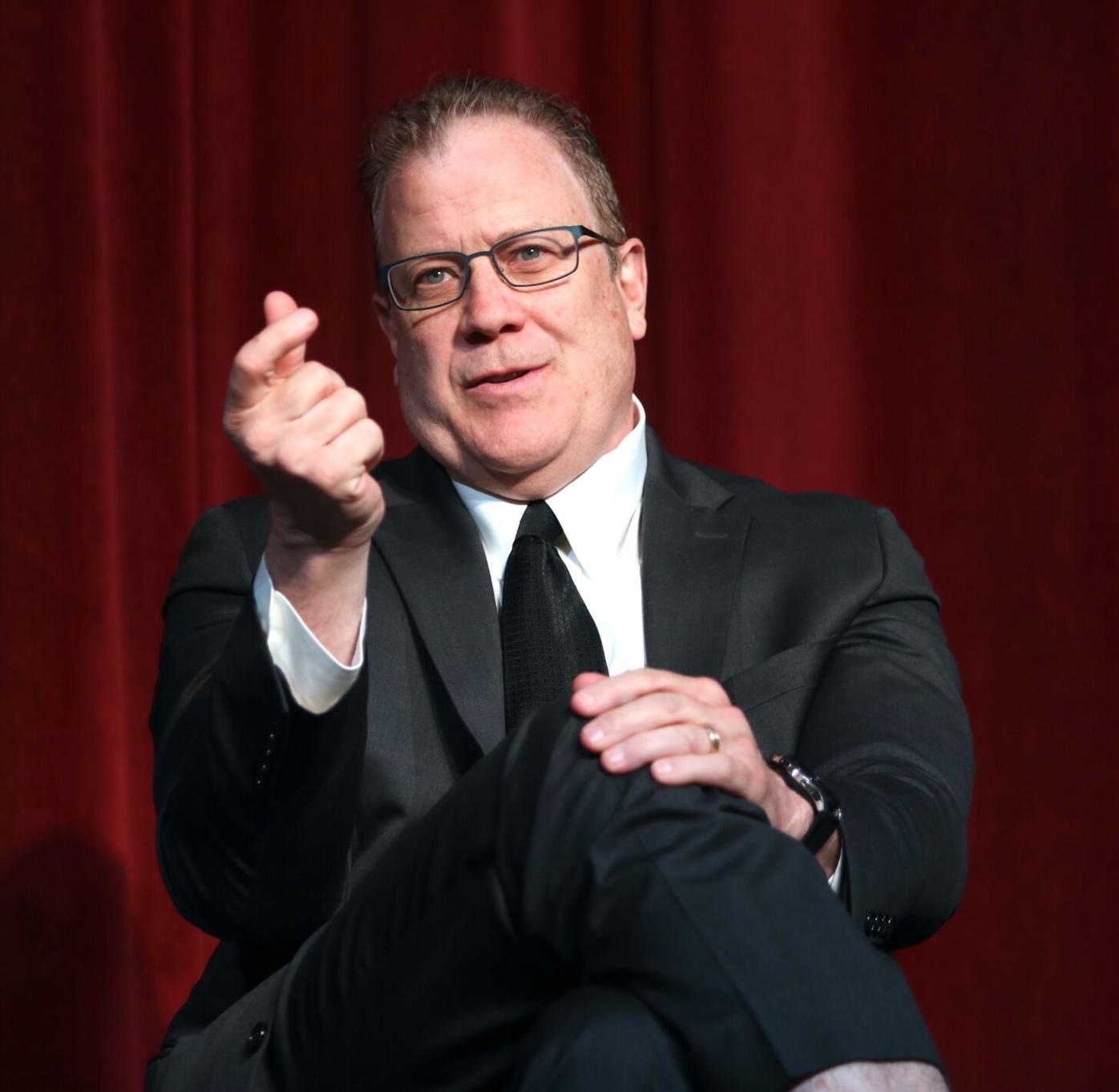 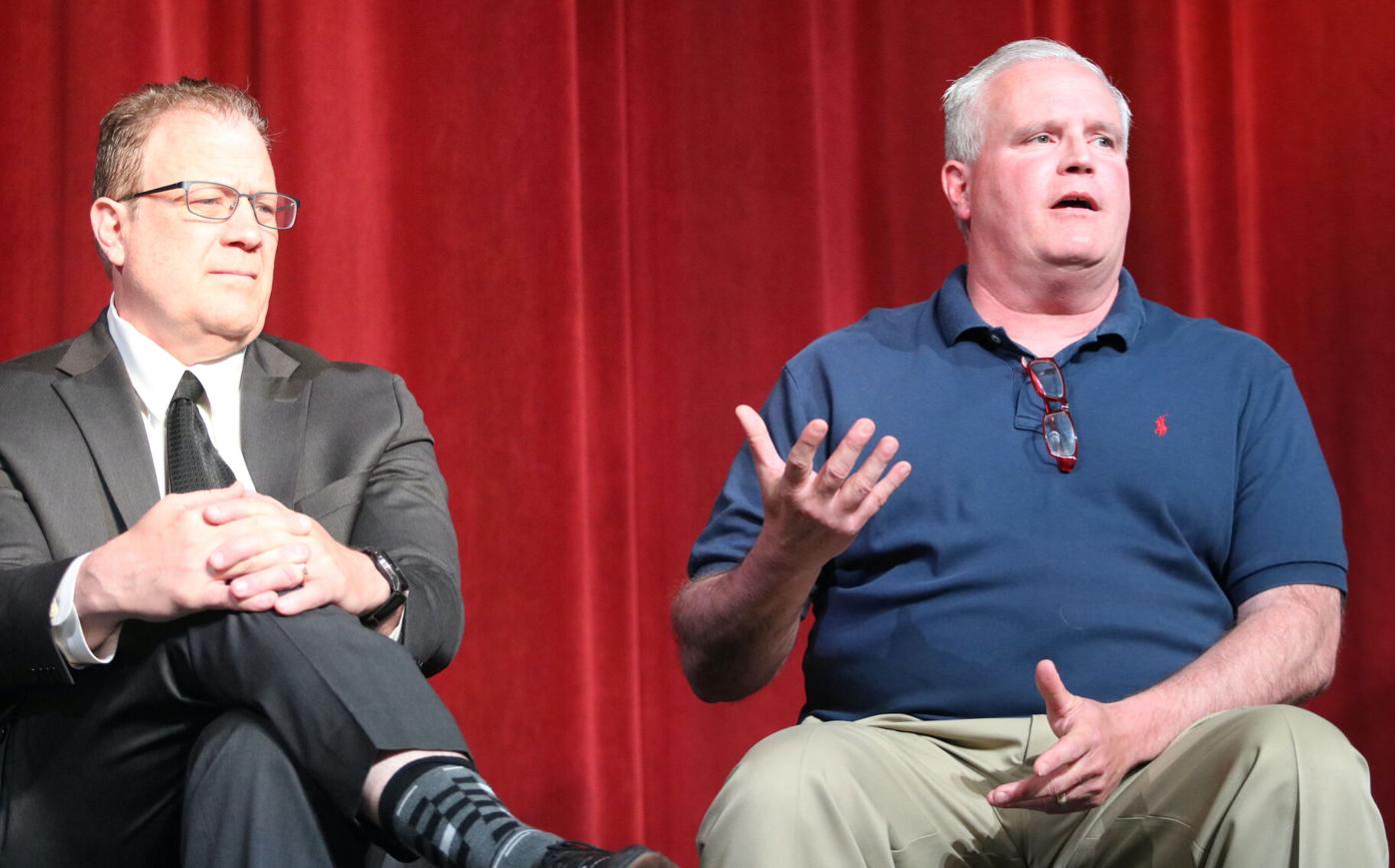 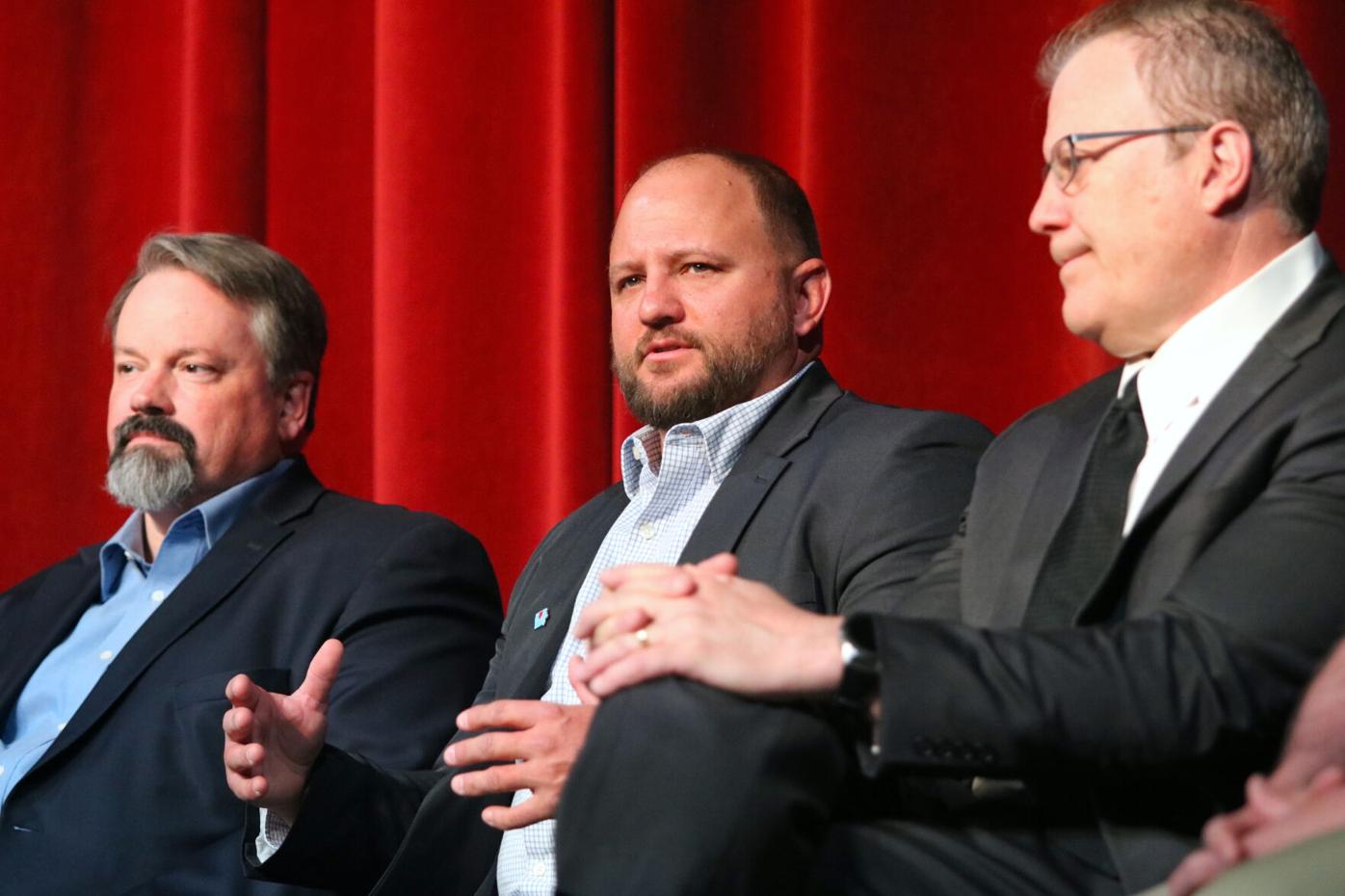 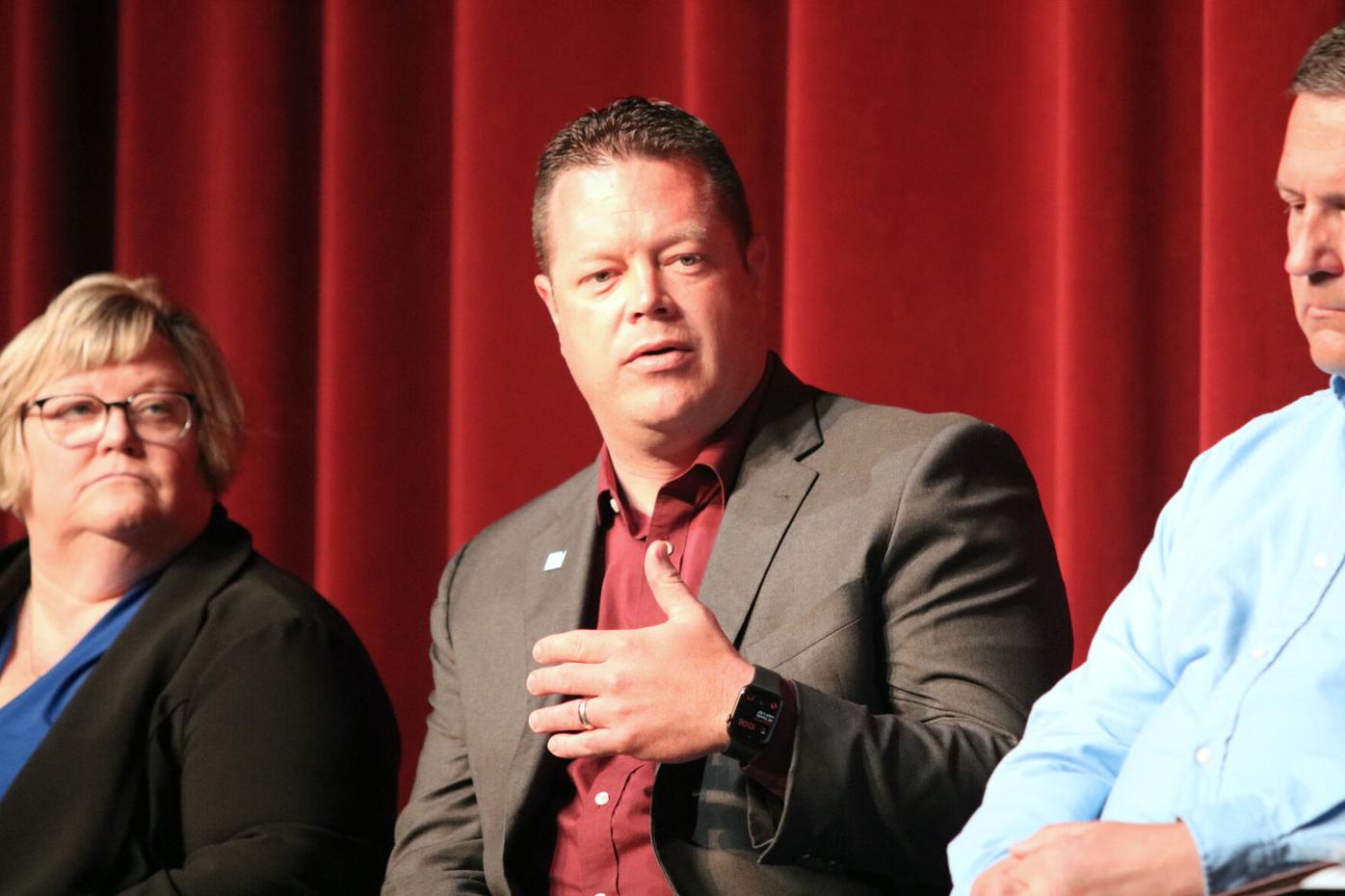 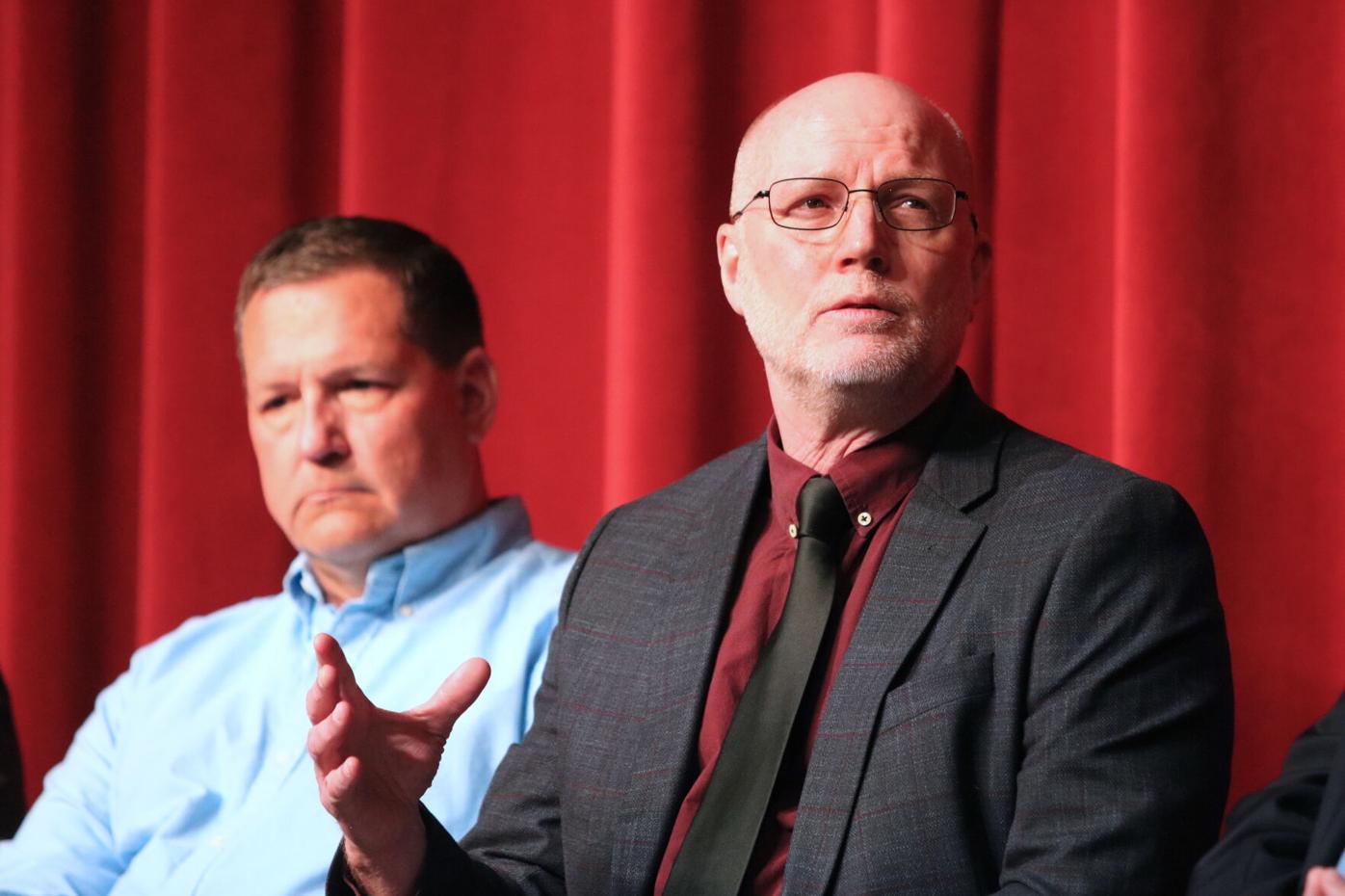 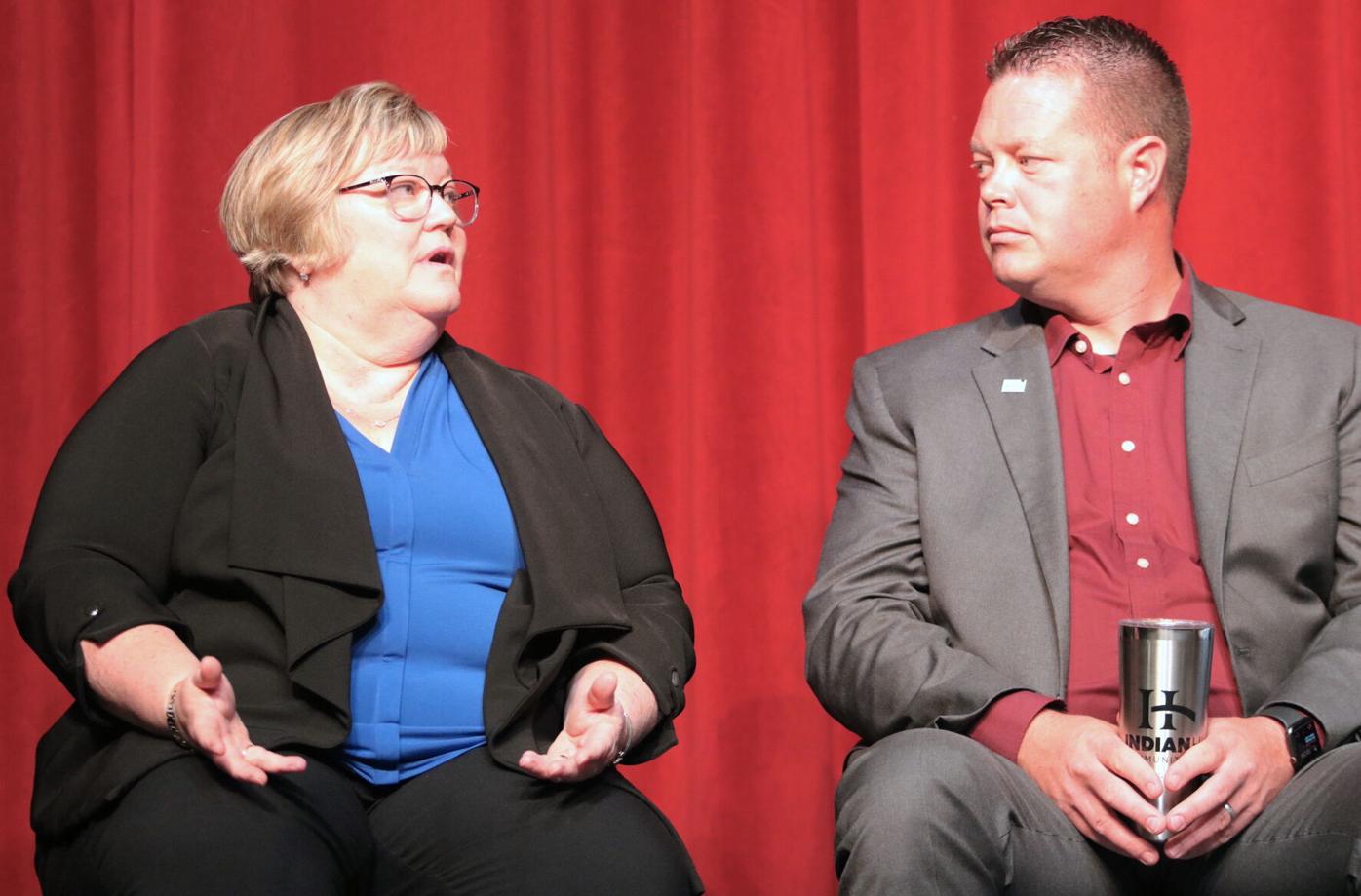 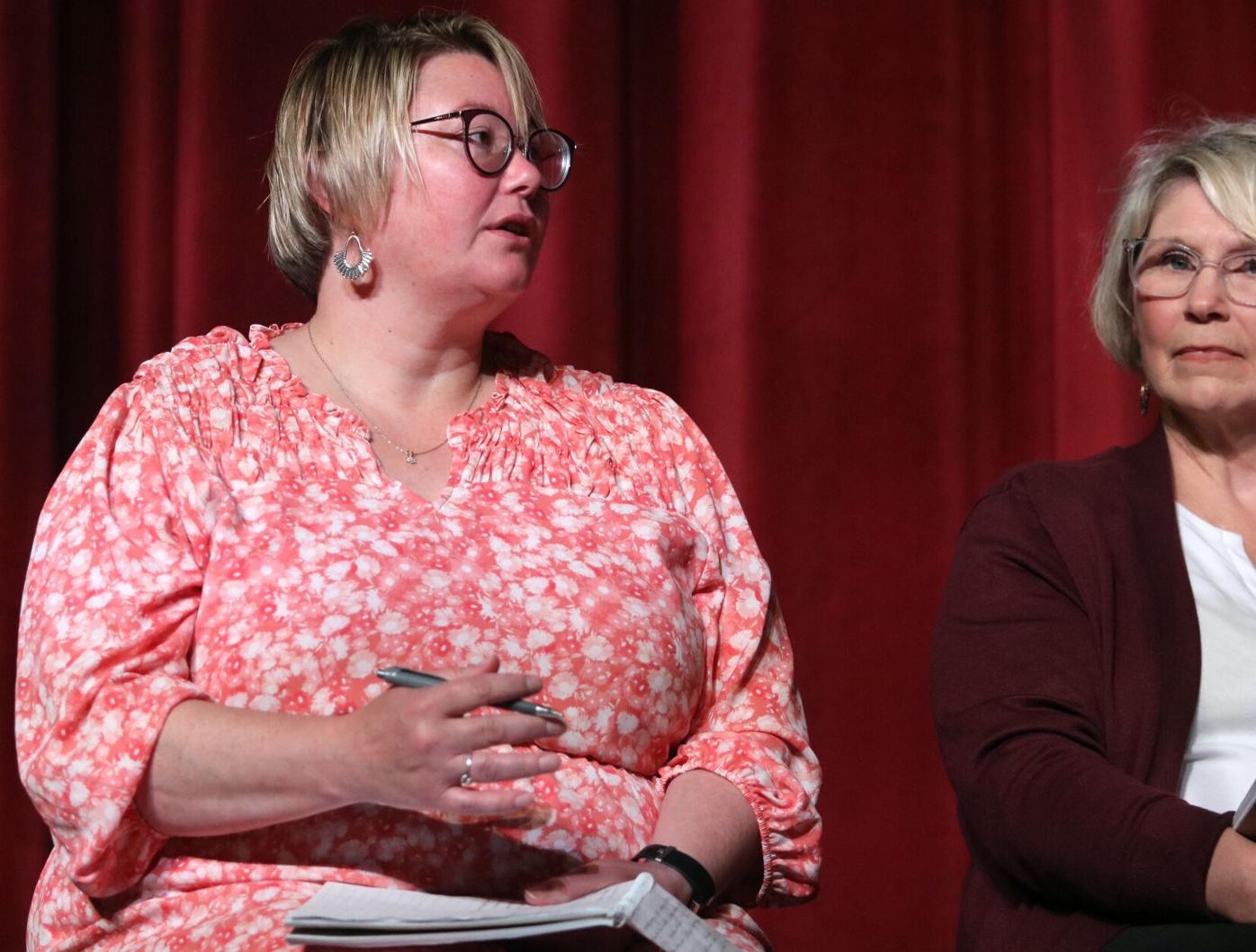 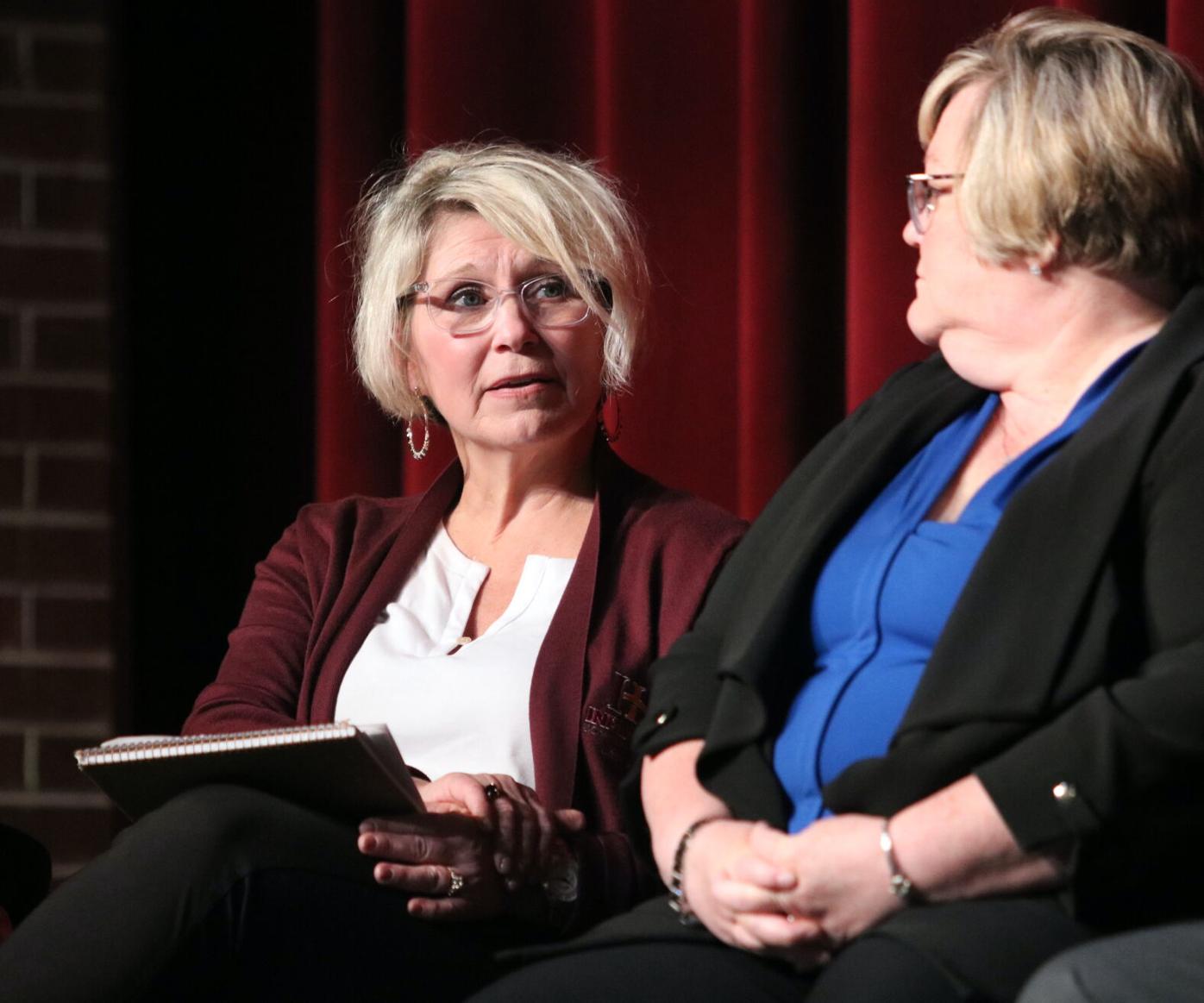 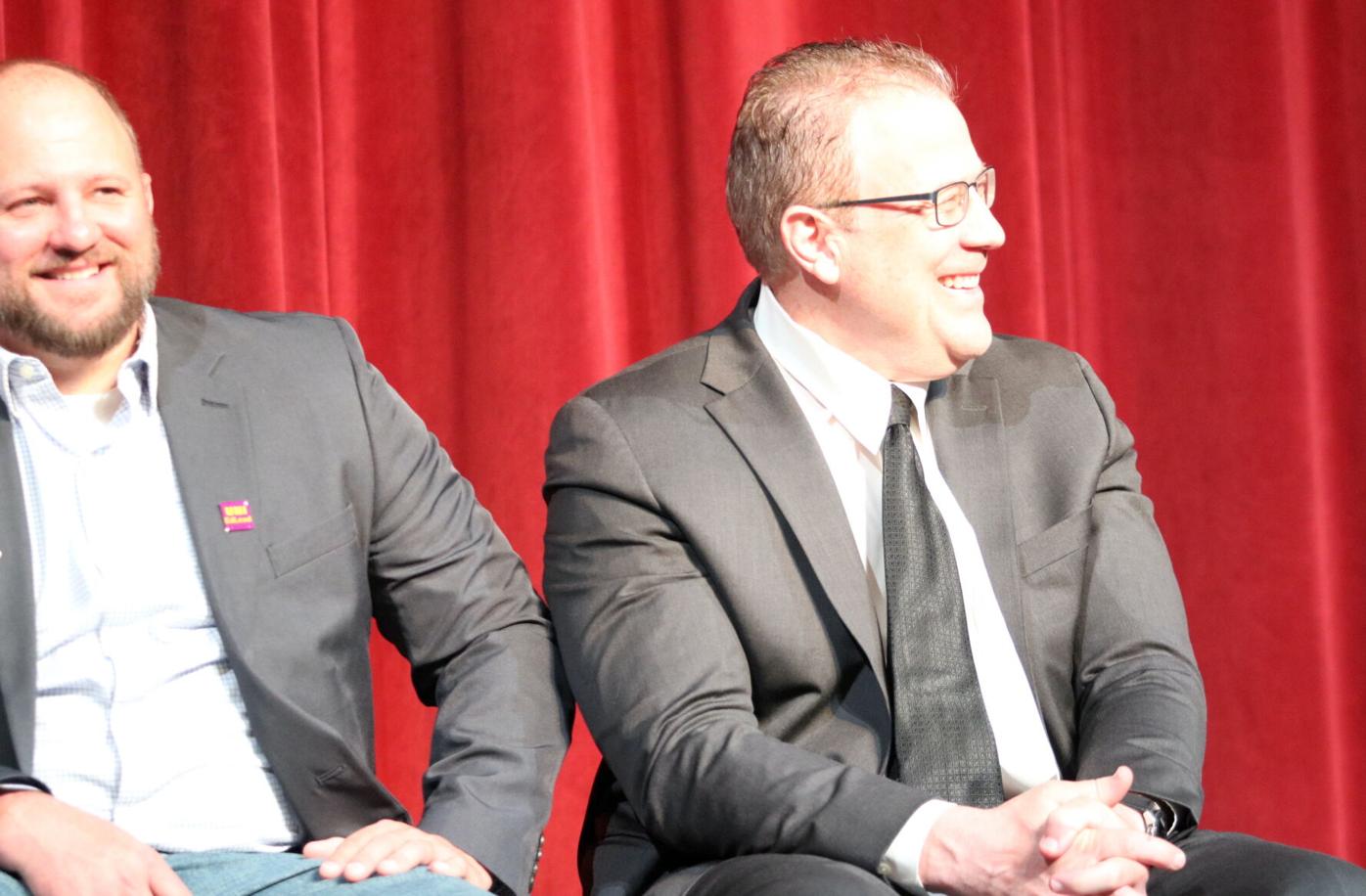 OTTUMWA — For about 10 seconds, no one wanted to talk.

After that initial awkward moment, a varied group of 10 administrators, economic development leaders and other school officials were only too happy to talk about different aspects of public education during Saturday's forum at St. John Auditorium on the campus of Indian Hills Community College.

"It's just blending the needs of business owners with what's out there and what's happening, to the school districts supporting each other," said Van Buren County Superintendent Jeremy Hissem, in response to a question about schools helping fill gaps with economic development needs. "We send kids to Cardinal, to Fairfield. I know a lot of schools do that, so continuing to evolve and adapt to meet the community's needs is just crucial to our success."

All of the forum participants had some tie-in to Indian Hills, which covers a 10-county region and aggressively targets communities in the region. The college just started its Iowa South initiative, which is aimed at keeping students closer to home and growing the region by working with businesses to fill employment gaps.

The school is also proposing $34 million in improvements to its Ottumwa and Centerville campuses as it looks to put a referendum on the ballot in November.

"We have the great fortune to have a number of quality partners with school districts, economic developers, and really identifying what the workforce skills of the future are," Indian Hills President Matt Thompson said. "How do we begin to really provide students with an opportunity beginning in high school? Our school counselors are very, very influential in the lives of our students. You just try to develop programming around what the skills are of the future to attract students.

"But I also think it's really important for everyone on this stage to talk about the positives within our region."

"Those opportunities need to start way before eighth grade," she said. "Because a lot of times we've started that four-year plan, but they need to really start down in kindergarten, preschool, and just building on the way up so they understand those opportunities as well. It's not just what math they're going to take, what science they're going to take. It's talking about what their passion is, and supporting that all the way through.

"You have to have conversations about career path," Eakins said. "You have to support them and be there for them. We have 115 seniors that will graduate in two weeks. Everyone has a path, and it all looks different."

Ottumwa Community School District Superintendent Michael McGrory touted the school's Market on Main program, which is beginning next year. The goal is to allow students to graduate with some sort of certification, and is focused on skilled trades. Several programs associated with that will be in collaboration with the college.

"We're expecting probably between 80 and 100 students per hour to go through the market doors," McGrory said of the building the district purchased. "So it's really exciting that the new course offerings we can offer. For example, one is nursing, where I think we have about 35 students signed up for that."

Most, if not all, panelists believed collaboration on multiple fronts was essential to students over the next few years.

"We have a very high concentration of manufacturing in our region," said Beth Danowsky, who works for MUSCO Lighting and is an IHCC trustee. "The partnership between our school districts and Indian Hills is important to make sure that we have workers in the pipeline. We also have a lot of entrepreneurial spirit here and a lot of start-ups in the area. That's good."

However, learned skills to do a job are one thing. The soft skills and interacting with people are another, and in an era of social media dominance, that has made it difficult.

"We're really working on trying to teach our kids how to communicate and how to listen so they can go out in the workforce," said Kristie Welsh, school board president at Fairfield.

"We really have to focus on that, because that's what keeps you employed," he said. "You can be a great technician, but if you don't show up, you don't have a job. You know, put the cellphone away."

One of the audience members wondered if school consolidations were going to continue being a part of the state's future in rural communities.

"My first year at Albia, we closed two outlying elementary schools, and it was a very tough process, but at the time, it was the right process because we weren't competing," Albia Superintendent Kevin Crall said. "We brought everyone in together and had resources we shared. Sometimes it can be a good thing, and sharing employees is efficient and hopefully benefits the students."

McGrory said schools are part of a community's identity, and consolidation can impact that.

"Often the school is one of the larger employers," he said. "You have to be conscious how you go about it, because it can be impactful in rural communities."

Hissem told a story of his first day as a superintendent, the first day Van Buren and Harmony began their consolidation.

"The people before me had many tough meetings to get us to that point," he said. "It was a great thing for all the districts in that county. It's a very tough process for a community to go through, but it was a blessing for us financially as a district. But it's a very arduous process with how that timeline looks."

Centerville school board president Marty Braster was less optimistic about consolidation. He noted the district has lost more than 200 students over his 12 years on the board.

"In my opinion right now, that's our future," he said. "But we have the ability to make that future different. There's not an answer to where the bottom is. There won't be a Moulton-Udell, maybe not a Moravia or Seymour. Unless we do something about it.

"Indian Hills has a huge role in making sure our part of the world in making that future different than what I'm projecting. I hope I'm completely wrong."

Several panelists believed promoting the success of students beyond test scores was critical for schools.

"How students do academically is only one piece of it," McGrory said. "I think school districts need to be aggressive promoting other aspects of growth, such has how many go to post-secondary, all sort of data points you can show your community, and being proactive that way."

"One of the things we're judged on is graduation rate, but what we never get to is what they're doing five years down the road," Eakins said. "We never talk about that. We have two students who will graduate with their construction trades diploma. That's 42 college credits completed. There's folks here with welders that will graduate, some CNAs. They're already moving forward.

"But we don't talk a lot about that."