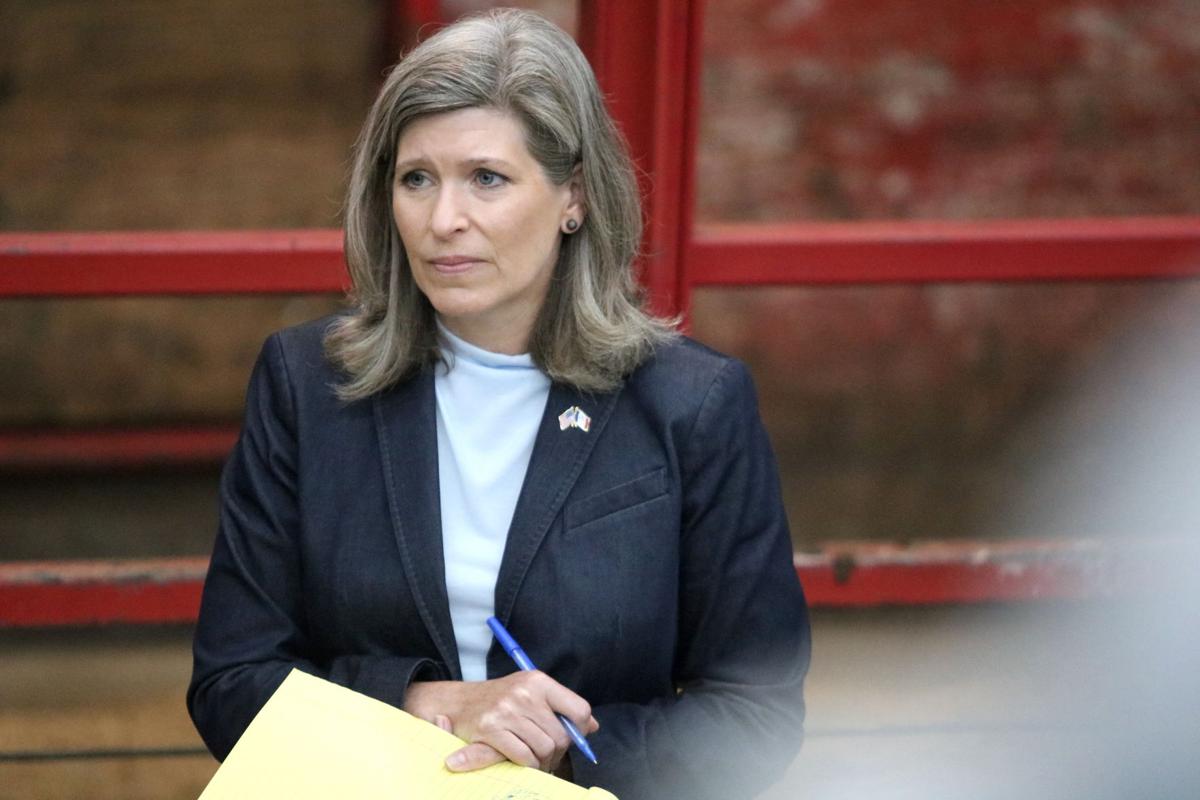 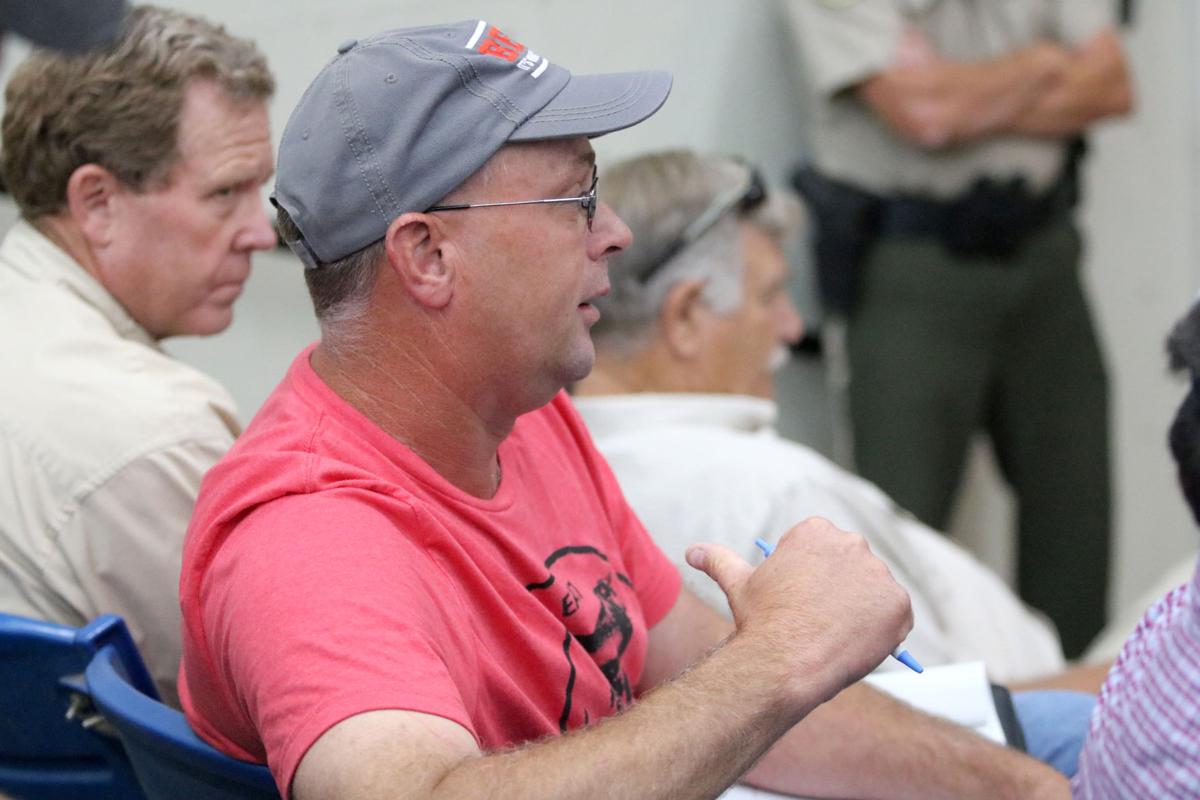 Bryan Reed, a farmer from Albia, talks to Sen. Joni Ernst about the cattle market during Ernst’s visit to the Bloomfield Livestock Market Tuesday. 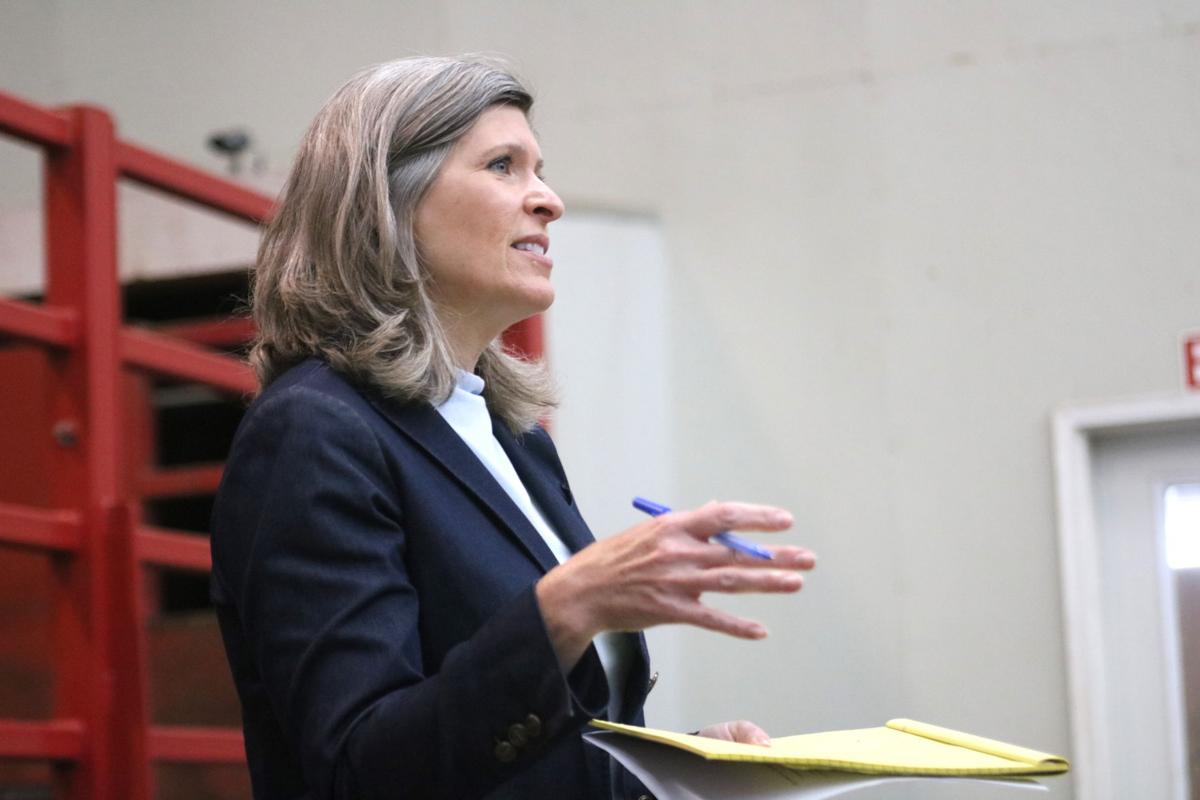 Sen. Joni Ernst speaks to area farmers during her visit to the Bloomfield Livestock Market Tuesday.

Bryan Reed, a farmer from Albia, talks to Sen. Joni Ernst about the cattle market during Ernst’s visit to the Bloomfield Livestock Market Tuesday.

Sen. Joni Ernst speaks to area farmers during her visit to the Bloomfield Livestock Market Tuesday.

BLOOMFIELD — Some farmers were concerned about the tariffs, others about the sagging livestock market.

“My son (Houstin) sits here with us today. He’s 12,” Schooley said to Sen. Joni Ernst, who visited area farmers Tuesday at the Bloomfield Livestock Market. “I look over at this guy and don’t know if he’ll have the opportunity to sell livestock and raise cattle.

“What do you think his future is?”

“It’s tough. It’s a very different rural America than when I was his age,” she said. “I don’t like it.”

Ernst stopped at the livestock market during a 99-county tour Tuesday. It was her third stop of five on the day, and the only one to focus on farming.

Many of the 28 audience members were farmers in commodities, livestock or both. Though President Donald Trump’s tariffs were an early discussion topic of the hour-long visit, many of the farmers expressed their frustration and wanted solutions for a livestock market that is struggling.

“I really think the worst is still yet to come, especially since there are cattle that are backed up,” said Bryan Reed, a farmer from Albia. “But as a corn producer, I’m absolutely embarrassed to get three payments from the government that are probably going to be more than the grain was worth.”

“Trade, not aid,” Ernst said. “The end goal is not to subsidize by the federal government but to get our products where they need to be. We did a huge roundtable at the White House a couple years ago, and we kept telling the president, ‘Trade, not aid.’ He said, ‘This was the only group to ever come in here and say they didn’t want government money.’”

Ernst, who sits on the Senate Judiciary Committee, said there are pending investigations by the USDA into the meat-packing plants beyond just COVID-19, such as the monopolizing of the plants.

“There are a lot of issues going on in the livestock industry,” she said. “The challenge is understanding all that is going on, but we’re nearing the end of that investigation.

“With the packing situation, I don’t know if anything illegal is being done, but we’re going to have to change some rules.”

Roger Wuthrich, a local member of the Iowa Corn Growers Association, wanted Ernst to tell the president to suspend tariffs because “they’re going to hurt us again.” However, he was appreciative of Ernst’s work on ethanol.

“I understand where (the president) is on tariffs. He gets where I’m coming from, but he’s still not there,” Ernst said. “We’ll continue to press him on it. This would be a prime opportunity to delay.”

Ernst said a Phase 4 package of CARES Act is in the works, and her hope is that there will be support for both agriculture and ethanol.

Phil Schooley, uncle of Roman Schooley, came to the area in 1969 and has seen the market for livestock regulated beyond recognition.

“I believe a lot of the key to the problem is regulation,” he said. “President Trump has done a pretty good job with that, but I believe we have a better opportunity to reach out to the consumer than we’ve in the last 20 or 30 years. Food is not raised and produced at Hy-Vee.”

Ernst said there is an agriculture advisor position at the White House that hasn’t been filled.

“That’s a real detriment,” she said. “We need someone there to whisper in the president’s year to make sure ag interests are represented.