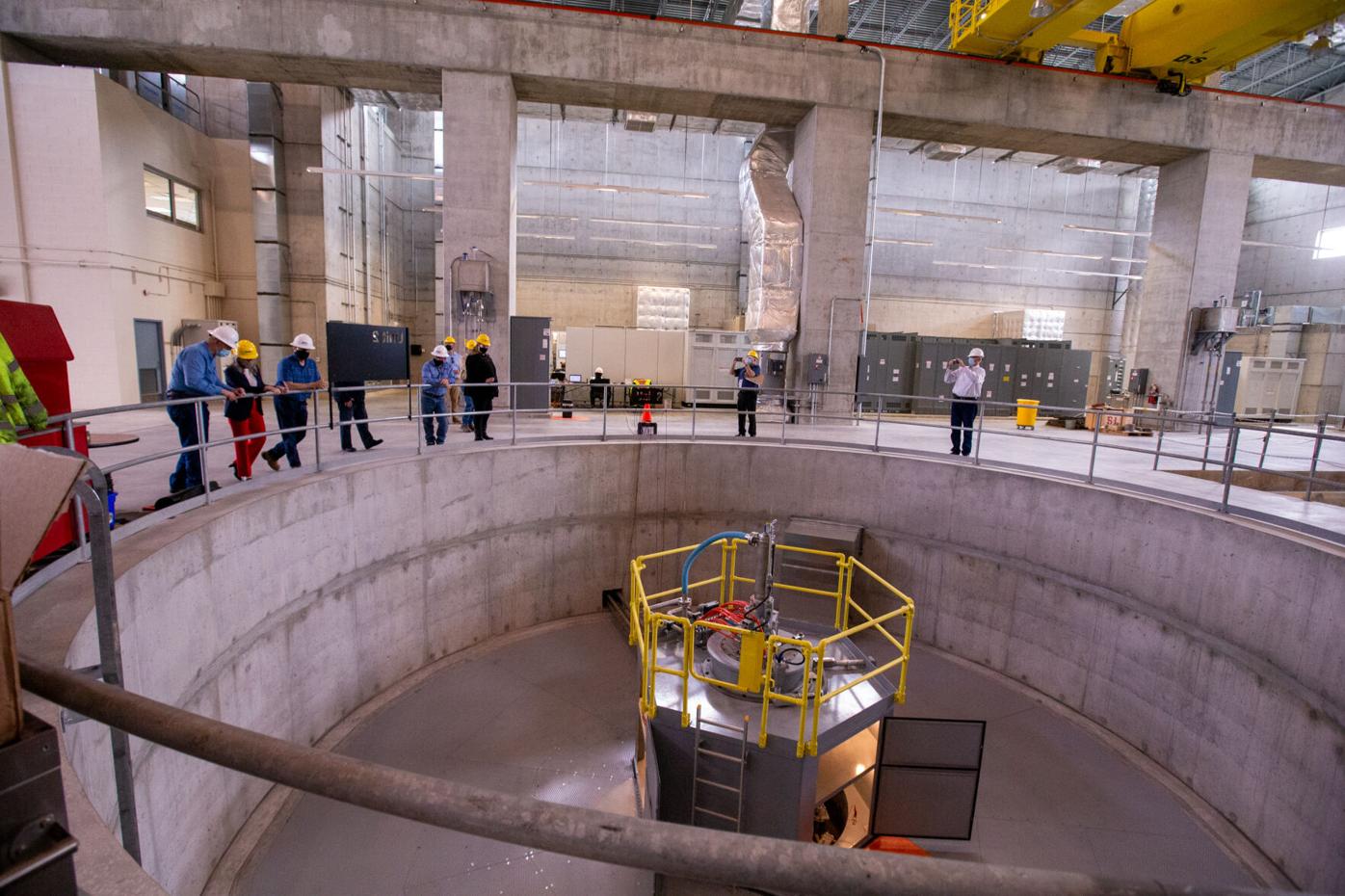 Sen. Joni Ernst, left, looks into one of the two units which produce energy from water flow at the Lake Red Rock Dam during a tour on Tuesday. 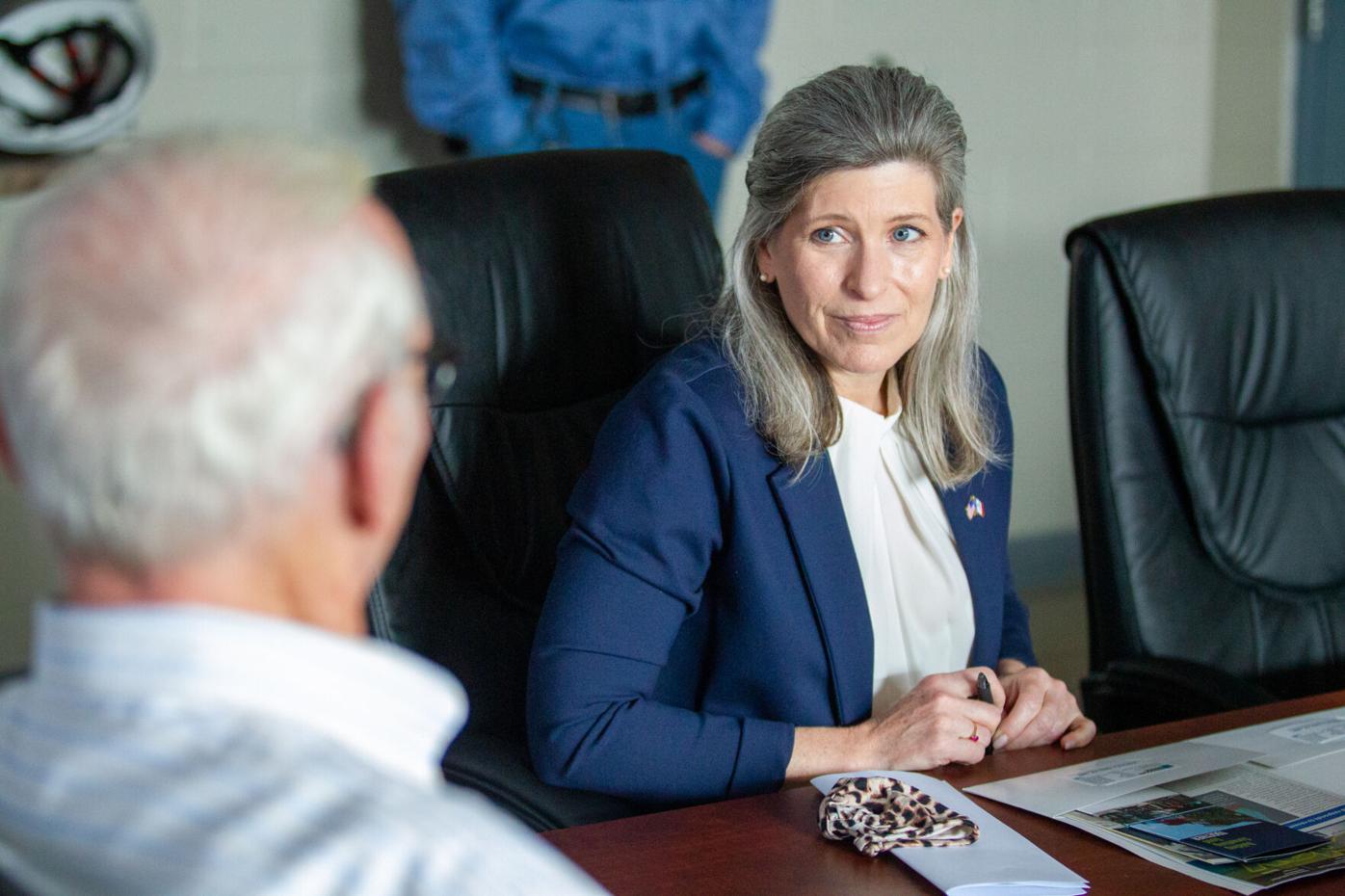 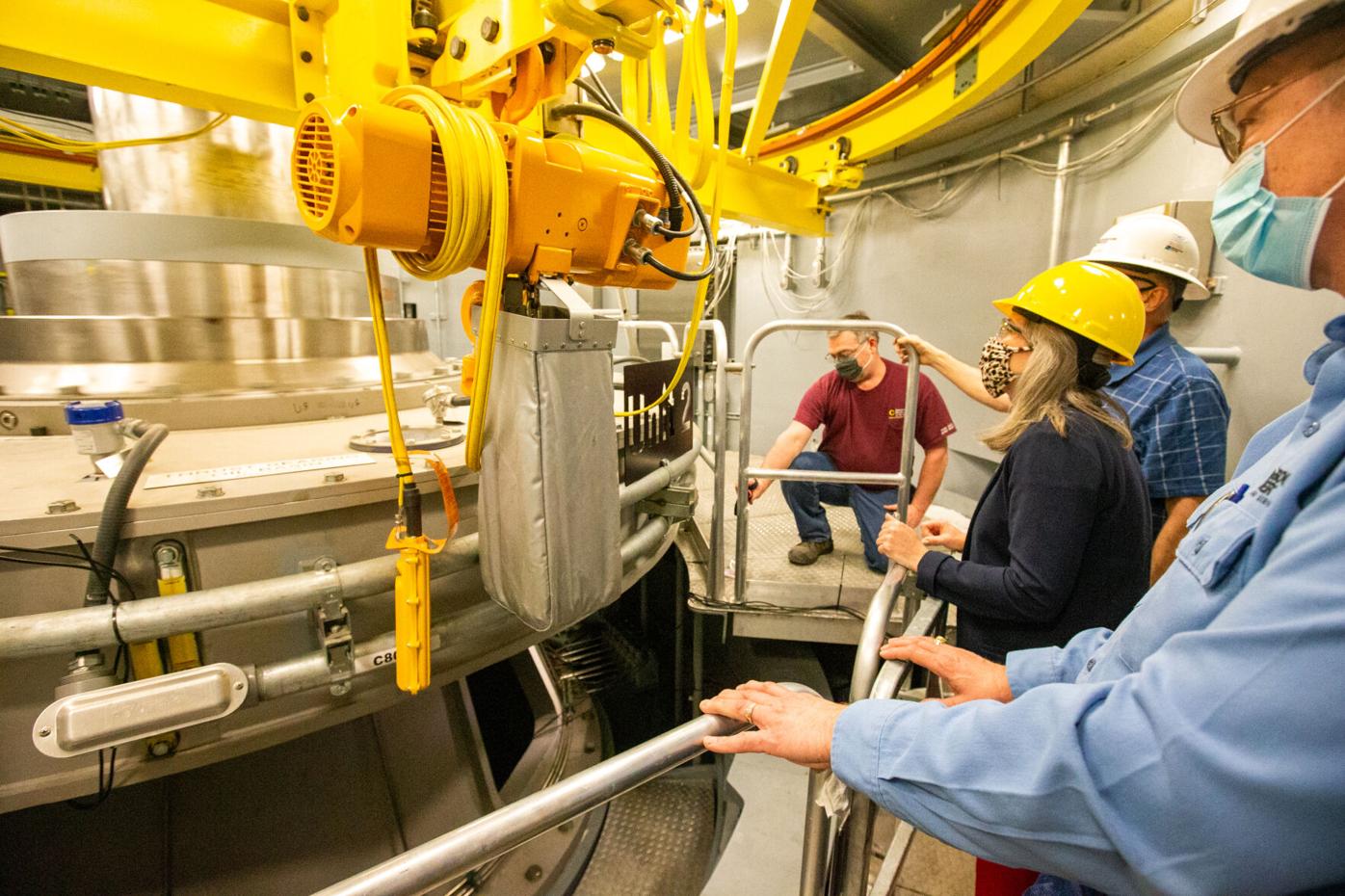 U.S. Sen. Joni Ernst looks at one of the power-generating units at the Red Rock Hydroelectric plant during a tour and visit on Tuesday.

Sen. Joni Ernst, left, looks into one of the two units which produce energy from water flow at the Lake Red Rock Dam during a tour on Tuesday.

U.S. Sen. Joni Ernst looks at one of the power-generating units at the Red Rock Hydroelectric plant during a tour and visit on Tuesday.

More than 1 million hours of labor, 88,000 cubic yards of concrete and 7,500 tons of rebar went into the Red Rock Hydroelectric Project. It took six years to construct and was completed in October 2020.

The project uses the Des Moines River at the Lake Red Rock Dam to produce electricity. It connects to the grid at Pella. It's licensed to produce enough electricity for about 18,000 homes each year.

"If we can just focus on what we've been able to accomplish in bipartisan work in the past number of years ... we would be so much more ahead," Ernst said. "But when they're including health care for certain workers and other benefits and pet projects, that that's a no go. That's a non-starter for so many of us."

Ernst says the proposal also includes childcare initiatives. "That's not part of infrastructure," Ernst said. "I am a believer in childcare, this is one of the areas I've worked on. It should not be debated with roads, bridges, broadband — things we typically think of as infrastructure."

Ernst said Democrats should send other proposals through the proper committees.

She also opposed increasing the corporate tax rate, as is proposed to fund it. She pointed to the bipartisan committee proposal which was funded through state and federal sources, as well as public-private partnerships.

In a column last week, Ernst said less than six percent of Biden's plan went to roads and bridges, saying the plan is loaded with "every progressive wish list item under the sun."

In that column, she said supports investments in some of the aspects outlined in the plan, like broadband and battling Iowa's recurring floods. During a meeting with the hydroelectric plant's operators, Missouri River Energy Services, Ernst said she also supported renewable sources of energy.

The Senate parliamentarian ruled this week that Democrats could use the reconciliation route for their infrastructure proposals, reducing the number of votes needed to pass from 60 to 50.

Biden's press secretary Jen Psaki said the president still believes there is a bipartisan path forward, despite heavy Republican opposition to funding it through a corporate tax increase.

Ernst also visited the Rathbun Rural Water Authority treatment plant in Appanoose County on Tuesday, and made a stop in Coming, Iowa in Adams County.