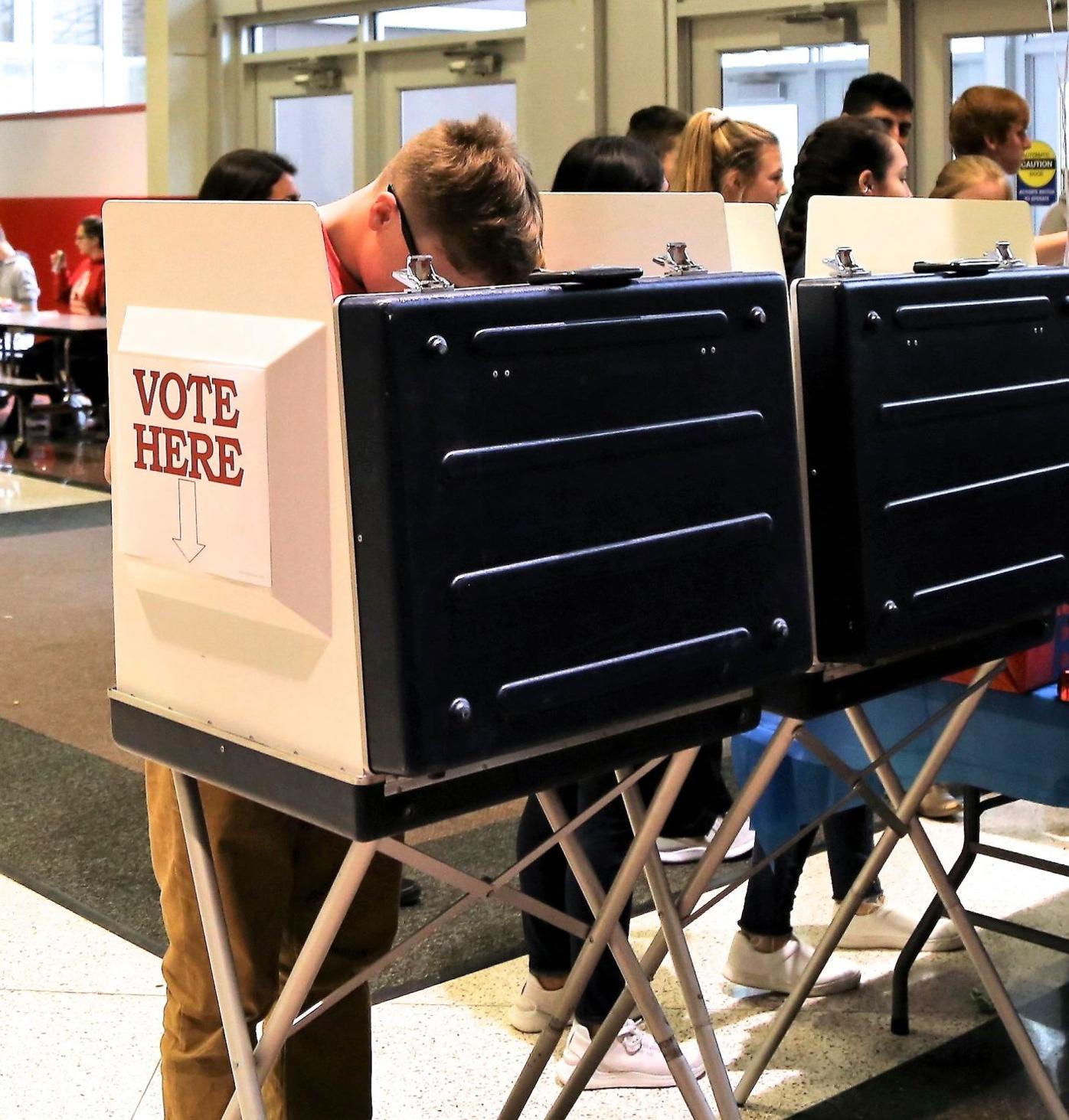 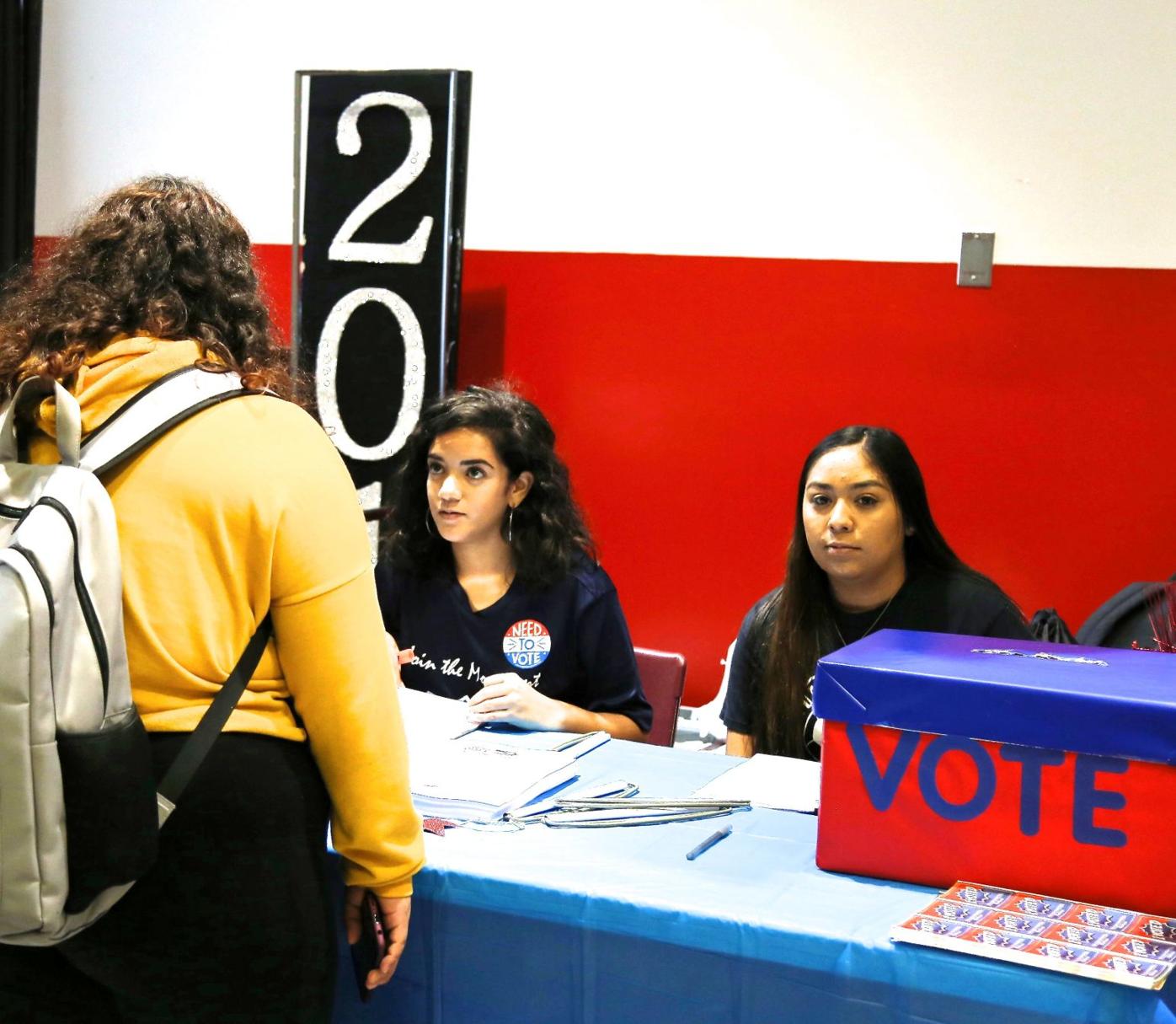 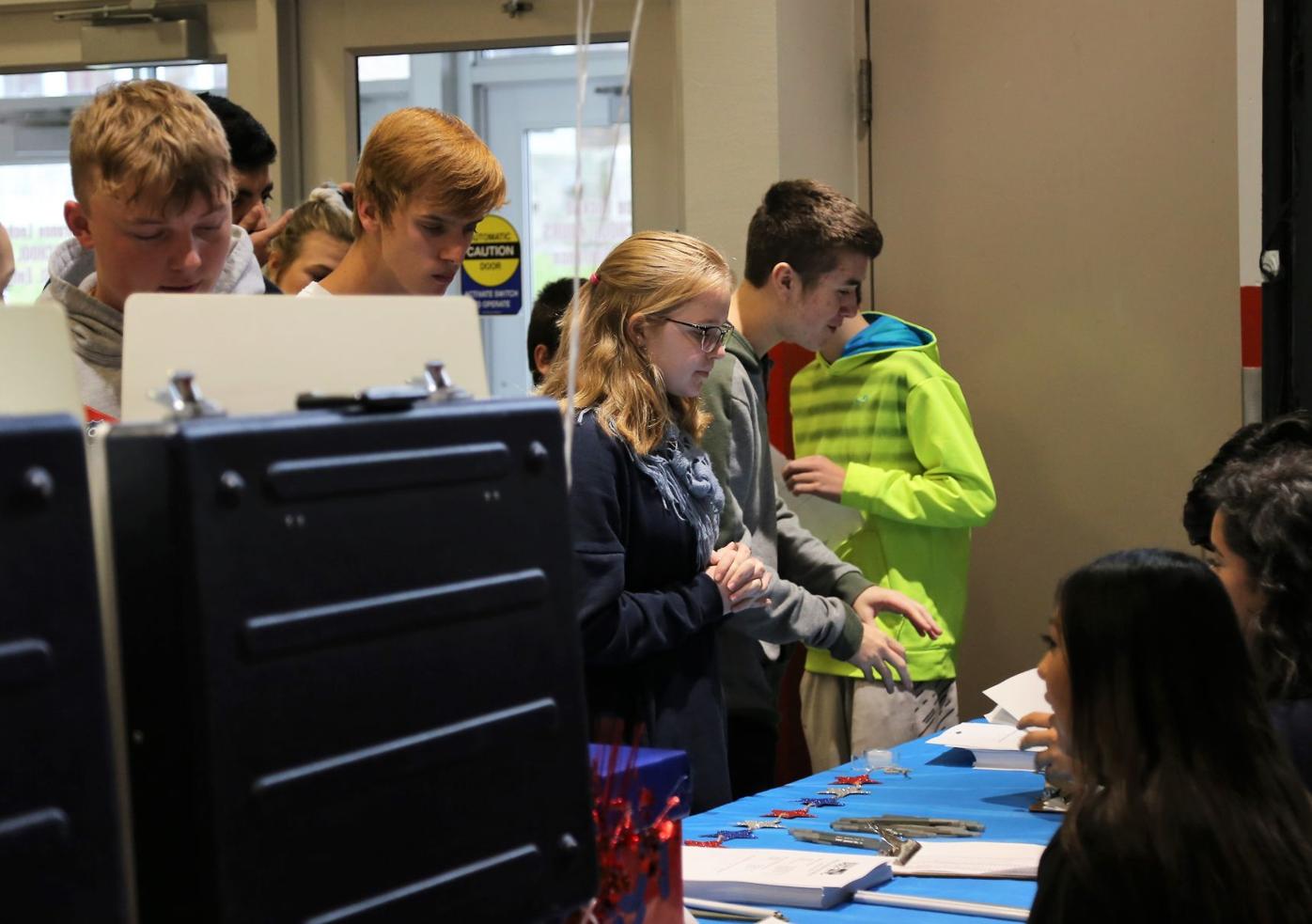 OHS students check in to vote in the Youth Straw Poll Tuesday. 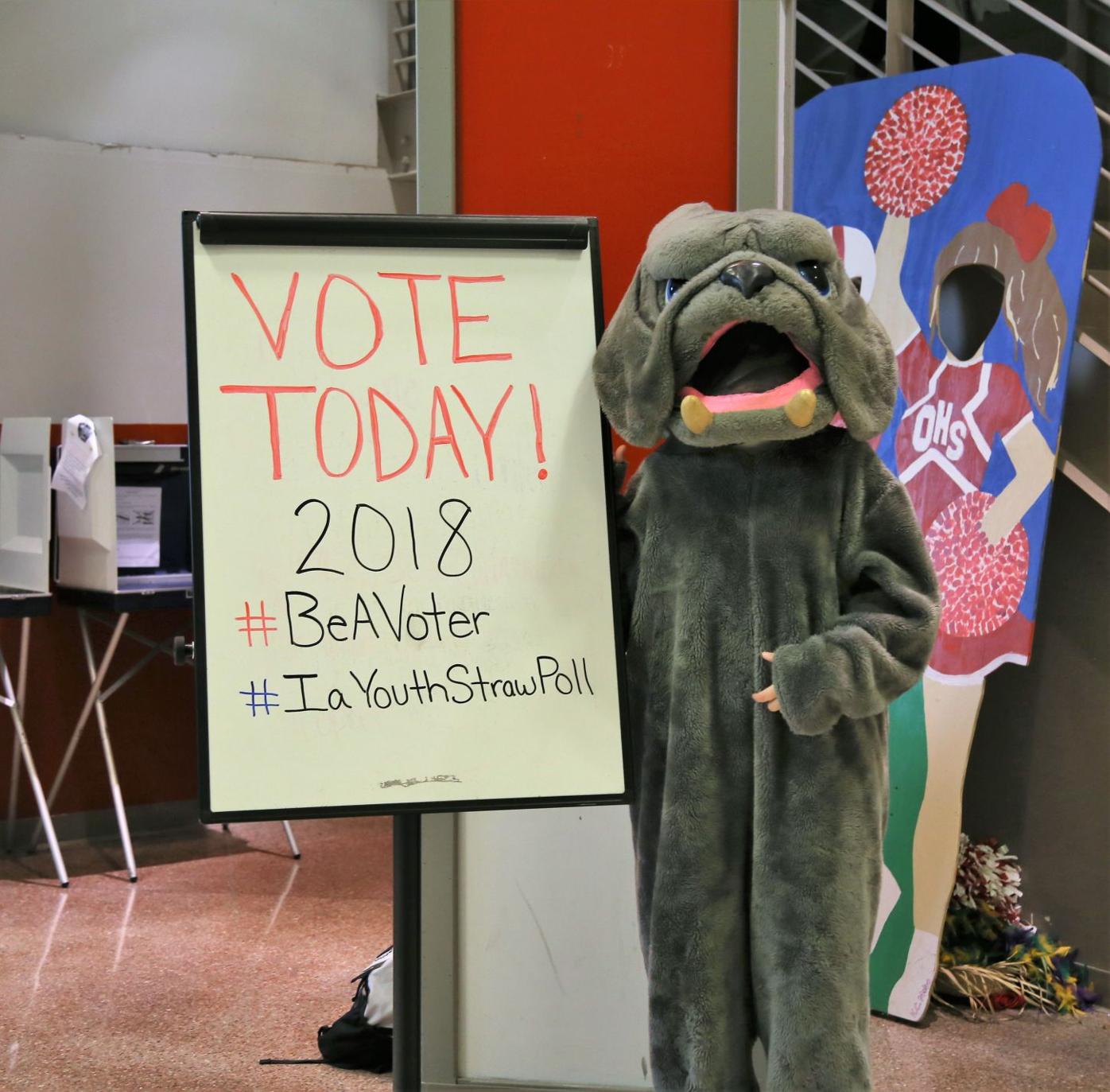 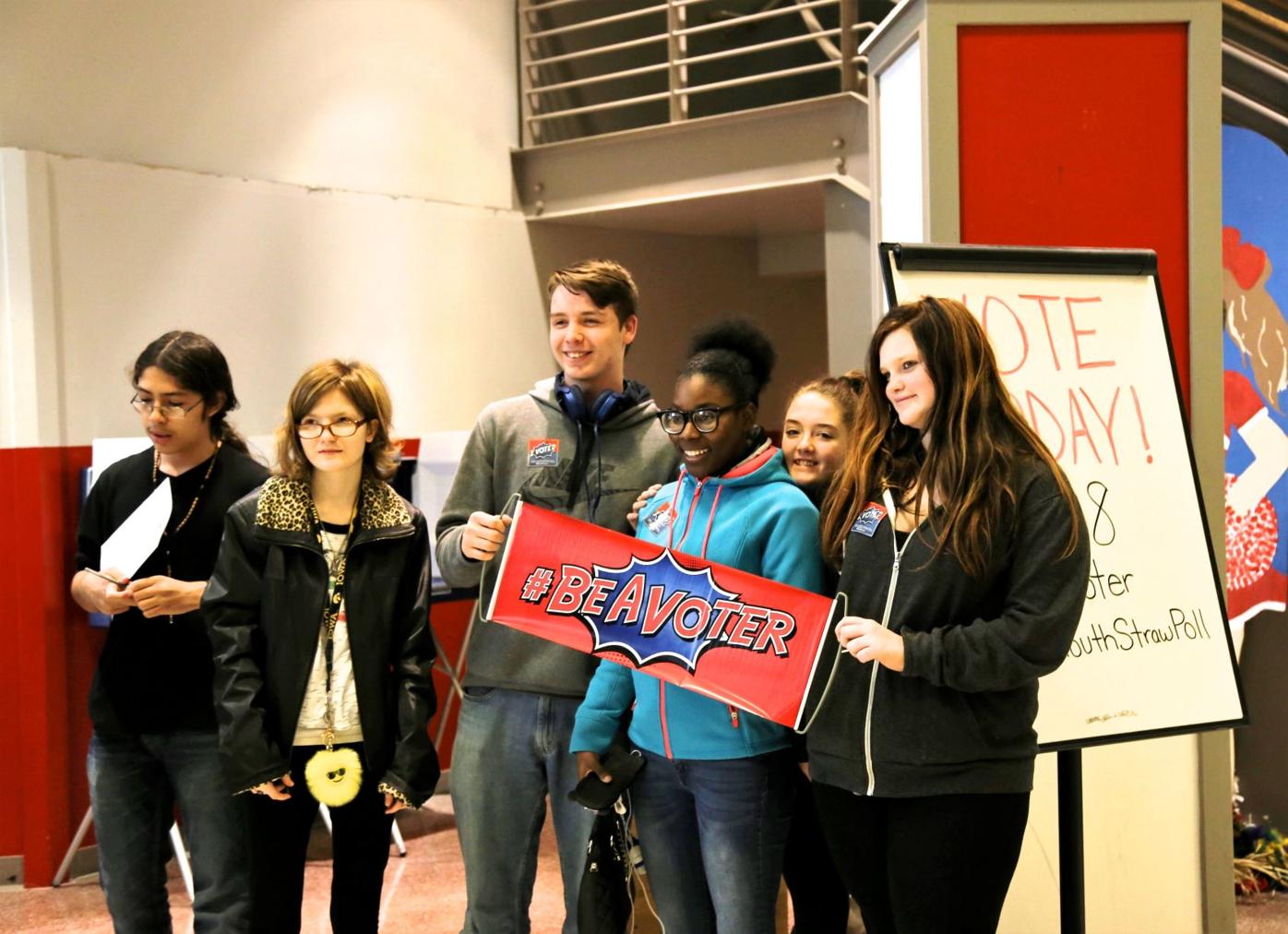 OHS students check in to vote in the Youth Straw Poll Tuesday.

The Wapello County Auditor’s Office allowed the school to borrow voting booths, and students filled out ballots for real candidates, though the votes won’t count in the regular election.

Anyone in grades 9-12 who wanted to vote was allowed to, said senior Daniela Zeledon who worked the polls. Students checked in with poll workers who found their names on class lists. Students voted, turned in their ballots and received “I Voted” stickers and lollipops as rewards.

Students and teachers took photos for social media as well, using #beavoter on their Twitter accounts.

Posters throughout the school encouraged students to vote today, Zeledon said, and the straw poll was mentioned during daily announcements.

The Ottumwa bulldog mascot also encouraged students in the cafeteria to vote.

“We want people to kind of be in their comfort zone,” Zeledon said. “Once they get their first step, they’ll know what to do when they’re 18.”

Gabe Jacobs voted Tuesday because he wanted to be part of the election process, he said. The sophomore is politically active, he said, distributing political brochures door-to-door for the Republican Party.

Junior John Springer “just wanted to see what would happen,” he said after voting. He doesn’t pay much attention to state politics but thinks people should vote “because they get to voice their opinion.”

“I just voted because it was something to do,” said Iori De Paz. “I voted for who I thought was best,” the freshman said.

“I voted because your vote matters,” said Amanda Berry. “I think it’s important.” Berry and her lunch mate Sierria Raymond, are involved in LeAnn Oldenburger and Zach Forrett’s campaign project for OHS speech and media classes. The project is teaching teens to become informed voters.

“Usually when kids get older, out of school, they don’t know how to vote,” said Berry. Low voter turnout among young adults is partly due to lack of knowledge, she said.

“Some people think that their voice is not that important,” said Raymond.

Voters often don’t know candidates outside the two major parties, Raymond said. “I didn’t know there were other people than Republican or Democrat.”

At the end of the day, students planned to count the ballots and submit results to the Iowa Secretary of State, Weyenberg said.

As of 3:30 p.m., Republican Gubernatorial Candidate Kim Reynolds led Democrat Fred Hubbell 47.5 percent to 36.9 percent in the Youth Straw Poll. Libertarian Jake Porter had 7.2 percent of the vote, and Gary Siegwarth of the Clear Water Party had 8.4 percent.

Eighty-three percent of students who voted in the straw poll said they plan to register to vote when they are old enough.

Reporter Winona Whitaker can be contacted at wwhitaker@ottumwacourier.com and followed on Twitter @courierwinona.