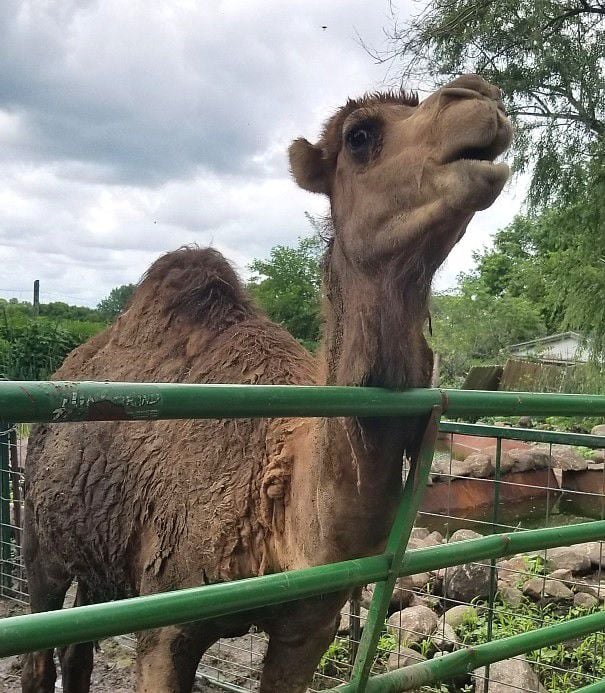 This camel, seen here at Cricket Hollow Zoo in Manchester, Iowa, before the facility’s court-ordered closure, is missing, according to court records. 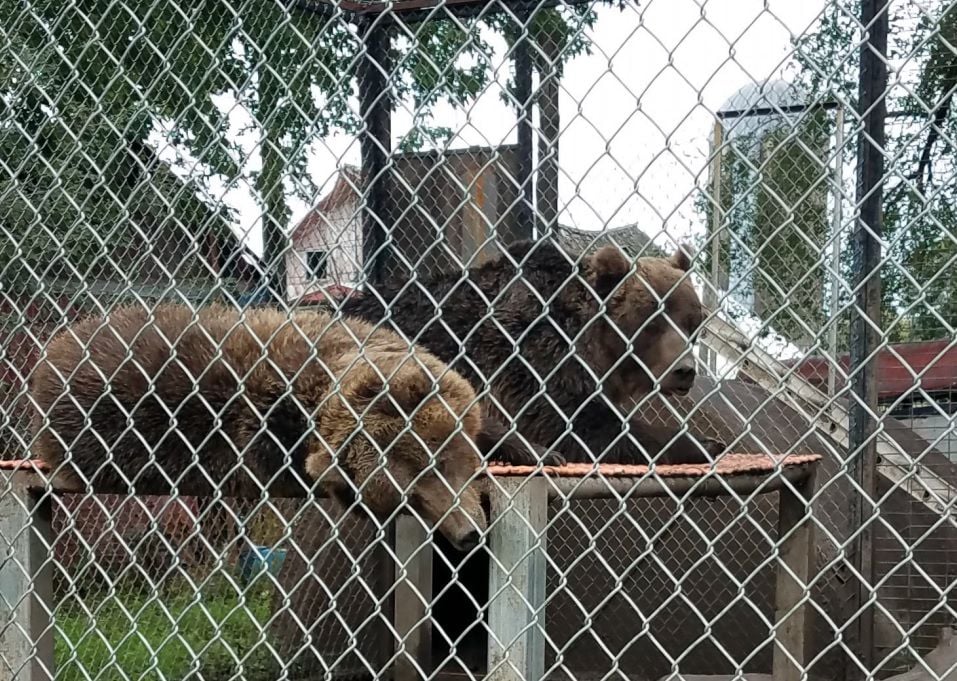 There are five grizzly bears that remain unaccounted for after the court-ordered closure of the Cricket Hollow Zoo in Manchester, Iowa.

This camel, seen here at Cricket Hollow Zoo in Manchester, Iowa, before the facility’s court-ordered closure, is missing, according to court records.

There are five grizzly bears that remain unaccounted for after the court-ordered closure of the Cricket Hollow Zoo in Manchester, Iowa.

MANCHESTER — The owners of the recently shuttered Cricket Hollow Zoo in Manchester are now accused of defying a court order to turn over all of the animals in their care.

Court records indicate at least 87 animals are unaccounted for, including five grizzly bears.

The zoo was shut down in December pursuant to a court order issued by Iowa District Court Judge Monica Wittig, who declared conditions there to be “deplorable.”

But the animal welfare groups that subsequently went to the zoo to take custody of the hundreds of wild and exotic animals there were unable to locate many of them. Cages and animal enclosures stood empty, and it appeared that some of the larger animals had been released to wander onto the nearby farm of the zoo’s owners, Thomas and Pamela Sellner.

After a second trip to the farm, and after Wittig intervened to clarify her order that the Sellners were required to relinquish all of the exotic animals and wildlife in their care, roughly 400 animals were successfully relocated. Some animals, including rabbits, were allegedly found dead in their enclosures and appeared to have frozen to death.

According to lawyers for the Animal Legal Defense Fund, there are still at least 87 animals — including five bears, a camel, a wolf, two mountain lions, 20 sheep and four goats — still unaccounted for.

The ALDF is asking for a court hearing at which the Sellners will have to demonstrate why they should not be held in contempt of court.

“All these animals are missing,” says Tracey Kuehl, the eastern Iowa woman who helped initiate the lawsuit that led to the zoo being closed. “But ‘missing’ could mean they’ve died or they were moved somewhere or they’re still in Delaware County — although how do you hide five grizzly bears?”

The Animal Rescue League of Iowa helped coordinate the relocation of the zoo’s animals. The ARL’s staff attorney, Colin Grace, says it was apparent when the crews first arrived to take custody of the animals that many were missing.

“A number of animals — including the camel — are still at large, so to speak,” he said. “The Sellners have been completely uncooperative and have not shown any remorse over this whole thing.”

“It was apparent that the lion’s share of the animals — no pun intended — were missing when we first arrived there,” said Amanda Howell, an attorney for the Animal Legal Defense Fund. “A lot of them are still missing, including the grizzlies and a wolf.”

She said that of the animals that are still missing, one that troubles her the most is the zoo’s camel.

“The camel had such a bad body condition that our vet said he needed immediate veterinary treatment — and he was not anywhere on the premises. The same thing with the five grizzly bears. Our veterinarian had taken a look at them on a previous walk-through and said they were in no condition to survive the winter. They weren’t ready to hibernate given how thin they were.”

Dr. Valerie Johnson, a veterinarian who toured the zoo in October, issued a written report at that time and said the camel showed signs of a “heavy parasite load” and skin disease. The camel had been living in a fenced area with an open-ended metal structure that was too small, Johnson said, and its only available food was straw — not an acceptable food for camels — covered in feces.

The grizzly bears were housed together in an enclosure that Johnson said would be “inadequate space for a single bear, and is exquisitely inadequate for the five bears housed there … All of the bears were under-conditioned and had severely inadequate fat stores for hibernation.”

The Iowa Capital Dispatch reported Wednesday that the Iowa Board of Veterinary Medicine would not be investigating the Cricket Hollow Zoo’s veterinarian, Dr. Ivan Lilienthal of Delhi. Board chairman Dr. Keith Leonard of Atlantic said no one has complained to the board about the veterinary care at the zoo, and the board only initiates investigations in response to complaints.

Lilienthal and the Sellners did not respond to requests for comment. But in a deposition last July, Lilienthal boasted of never familiarizing himself with the Animal Welfare Act that regulates the care of zoo animals.

He was combative at times and refused to answer questions about his conversations with Delaware County Sheriff John LeClere and the state veterinarian Dr. Gary Eiben of the Iowa Department of Agriculture and Land Stewardship.

When asked to describe those conversations, Lilienthal testified, “I cannot talk about that because I’m not going to get them in trouble.”

When advised that he was there under subpoena and had to answer the question or run the risk of being jailed, he replied, “Well, then put me in jail … Go ahead … Not answering … Put me in jail. Fine … I am not answering because Sheriff LeClere and Dr. Eiben are really good people.”

After a break for Lilenthal to reconsider his stance, he testified that he knew LeClere and Eiben “had gone out on a previous complaint at the Cricket Hollow Zoo, and that’s as far as it went.”

The Iowa Capital Dispatch is part of the States Newsroom, a network of similar news bureaus supported by grants and a coalition of donors as a 501c(3) public charity. For more stories visit them at iowacapitaldispatch.com.