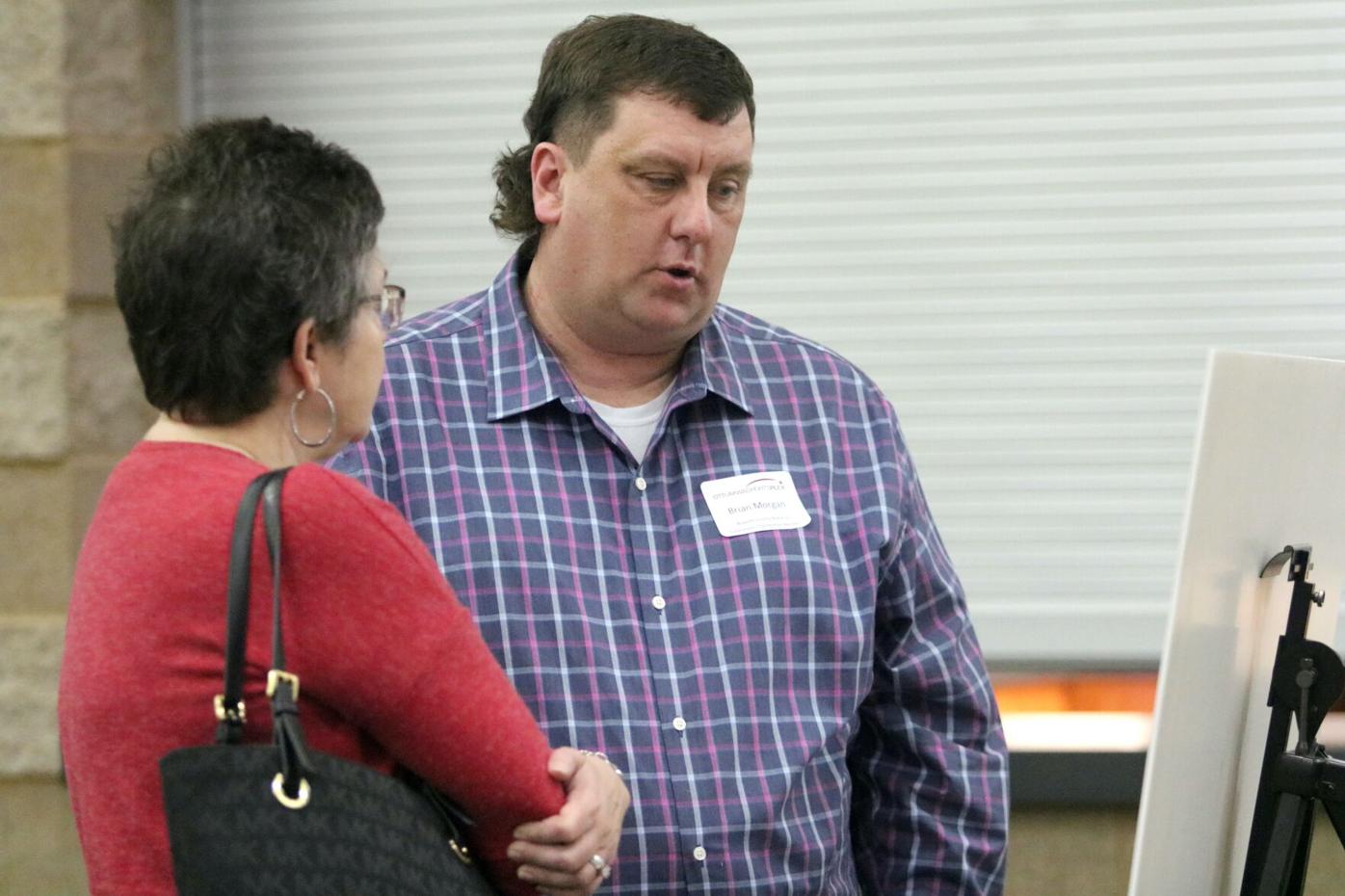 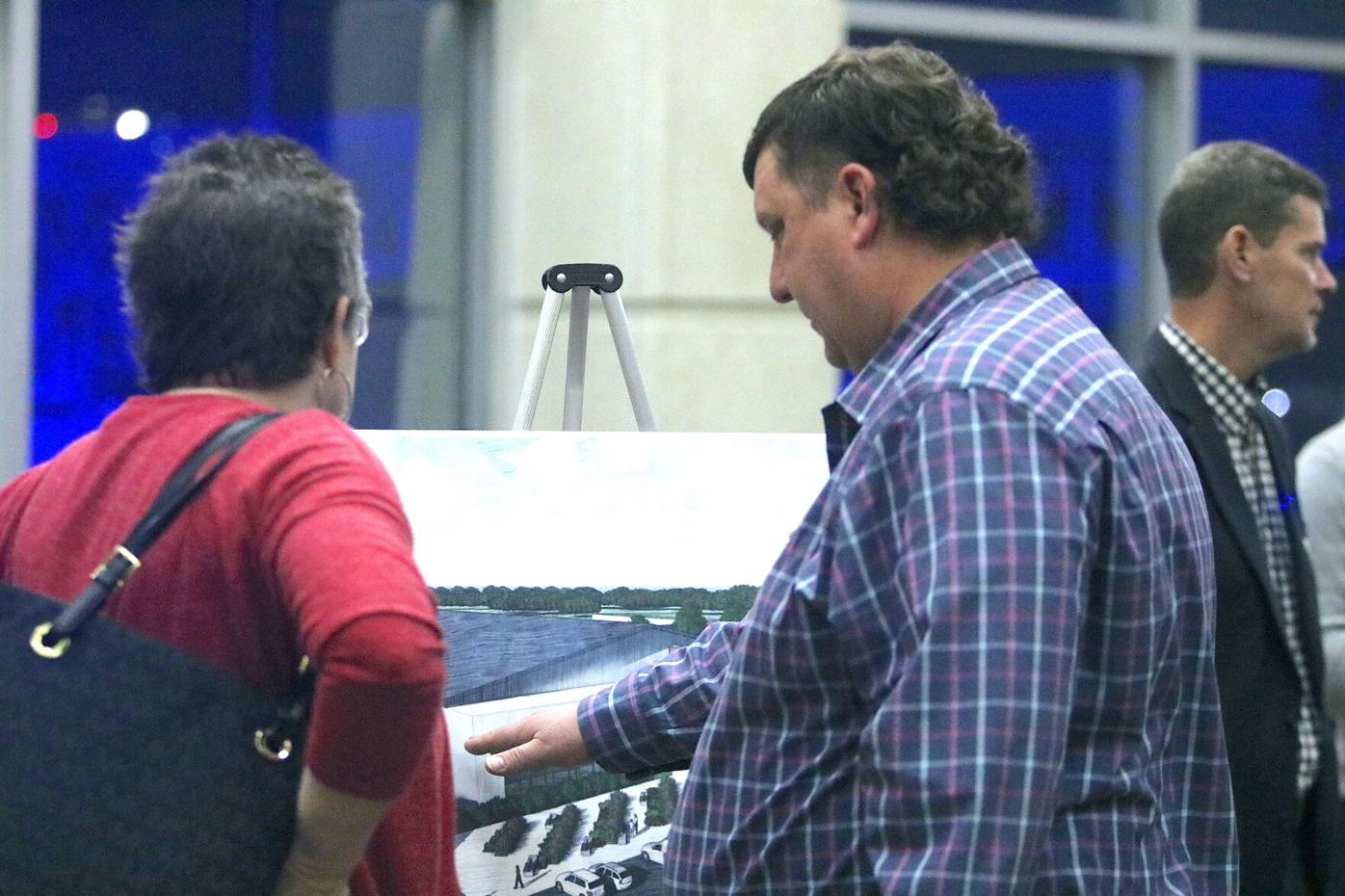 OTTUMWA — In terms of Ottumwa becoming a regional sports hub, 2024 could look a lot differently than this year or next year.

But, Brian Morgan isn't taking anything for granted.

"We want to have the money in the bank," he said.

Indeed, the Southeast Iowa Sports Commission's idea of the Ottumwa SportsPlex, at least a decade in the making, is closing in on reality. Between pledged donations and verbal commitments, fundraising for the $9 million indoor facility is expected to leave about $2.5 million shy that will be raised privately.

However, citizens, coaches and other folks behind the project were on hand for an open house to get a look at the estimated 60,000-square foot facility Thursday at Bridge View Center.

"I think as you look around and the people here tonight, and the people we've talked about as donors and partners, so many of them have kids, so many have been around these facilities," said Morgan, the vice chair of the commission. "And they hear about these facilities. Honestly, this isn't just for our local youth here, but they see the economic impact that it brings in from around the the region.

"This truly could be a regional hub."

The SportsPlex will be situated just west of The Beach Ottumwa in Sycamore Park. The proposed facility will be state-of-the-art, with three full-size basketball courts, four volleyball courts, a turf soccer field, softball and baseball infield, two batting cages, a turf football field, concessions, and other amenities.

And the donations toward the complex have been staggering. Earlier this week, the Ottumwa Regional Legacy Foundation donated $2 million, the largest award it has given out in its 11-year history. The Ottumwa Community School District, which stands to benefit greatly from the complex, contributed $750,000. JBS also announced support for the project.

Morgan, who also serves on the Wapello County Board of Supervisors, said a donation consideration from the county, which funded the study for the complex, is an agenda item at Tuesday's meeting.

"COVID slowed up things for several months," he said of the fundraising efforts. "But then we really started kicking it in probably in the last eight or nine months. This could be the biggest economic development tool Ottumwa has seen in a very long time.

"So we talked with JBS and got their interest in putting into the project, and you know, when you start talking a million here, 2 million here, and you're like, 'Hey, wait a minute. We can really get there. This could be a reality."

However, the ability to put different people in to succeed made a difference, Morgan said. From the responsibilities of Pinnacle to design the complex, to Area 15 Regional Planning Commission, and local financial institutions and the school district's A-Club, the project had buy-in from several entities.

"I think we did a really good job of putting the committee together with people having the same vision," Morgan said.

Maybe the best word Morgan could associate with the project was "synergy." From the location near Greater Ottumwa Park, which is likely to face significant renovations in the years ahead, and the possibility of adding brand-new tennis courts in the area, to the general wanting of something to boost the economy, Morgan believes the SportsPlex has it all.

"You look at what the school district has invested in its athletics with the weight room, and then what they got started over at Evans Middle School with the outdoor facility over there," he said, "I think it's outstanding for our local youth. We talk about the feeder programs. Right now for a team playing softball, you're hitting ground balls with a rubber ball on a wooden gym.

"With this, you can take an hour every other week in the winter to go in here and take infield," Morgan said. "And I think that's going to spur a lot of positivity from our local athletes."

Ground won't be broken until 2023 and it would take six months to construct, Morgan said, but that's if the rest of the money can be raised. Optimism is at a high, but everything still must be finalized.

He also doesn't expect the complex to make money immediately, which is why the $9 million contains contingencies if it doesn't.

"We were looking at something that would make us money, but not be a burden on the taxpayers," he said. "We want that money in the bank because the last thing you want to do is get started on something, and then the sky falls.

"I don't want to oversell it to people," he said. "Our goal is hopefully to have the money raised by next spring, so we can put a shovel in the ground. We're not going to start until we're confident this thing is going to fly."