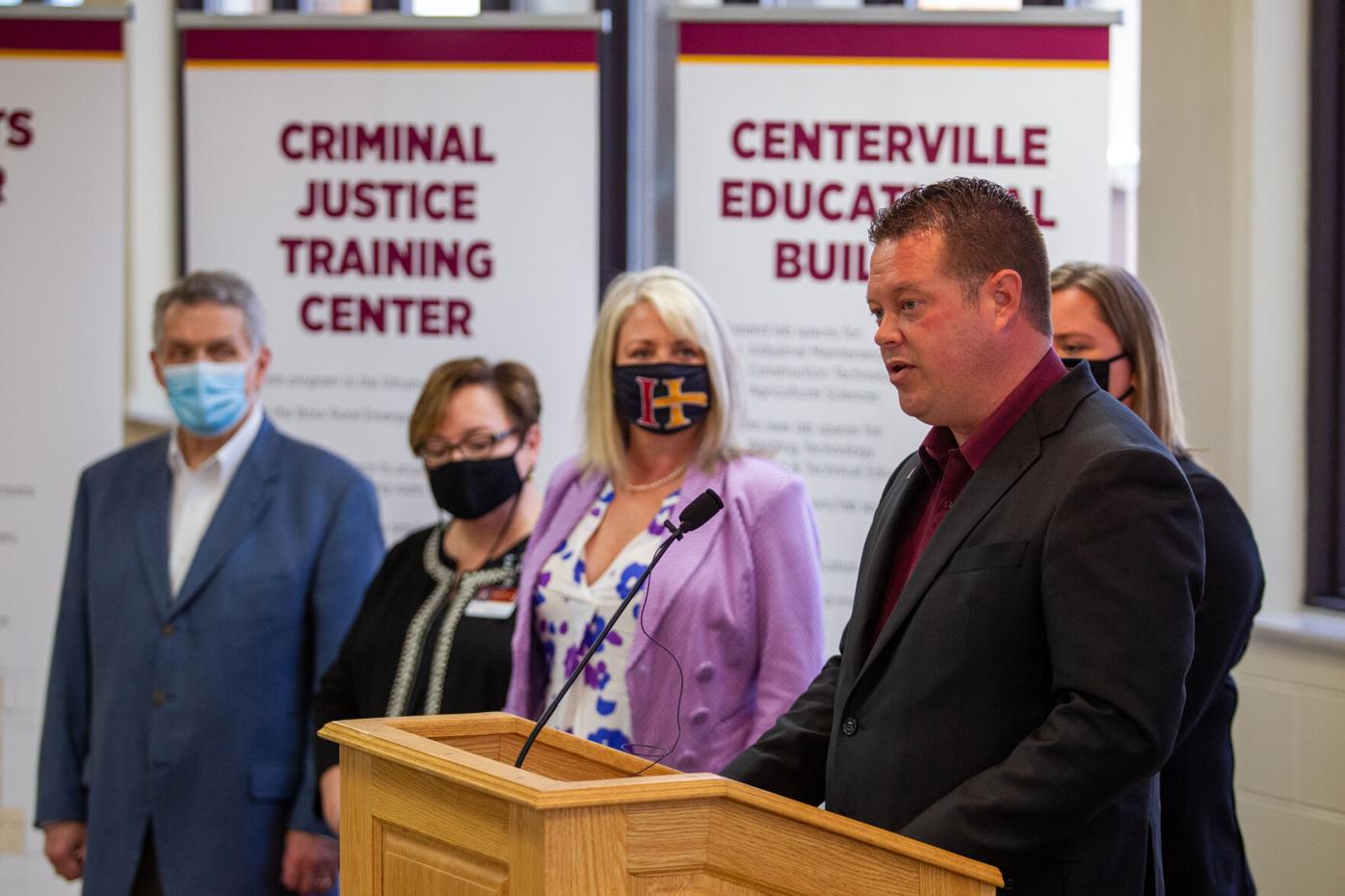 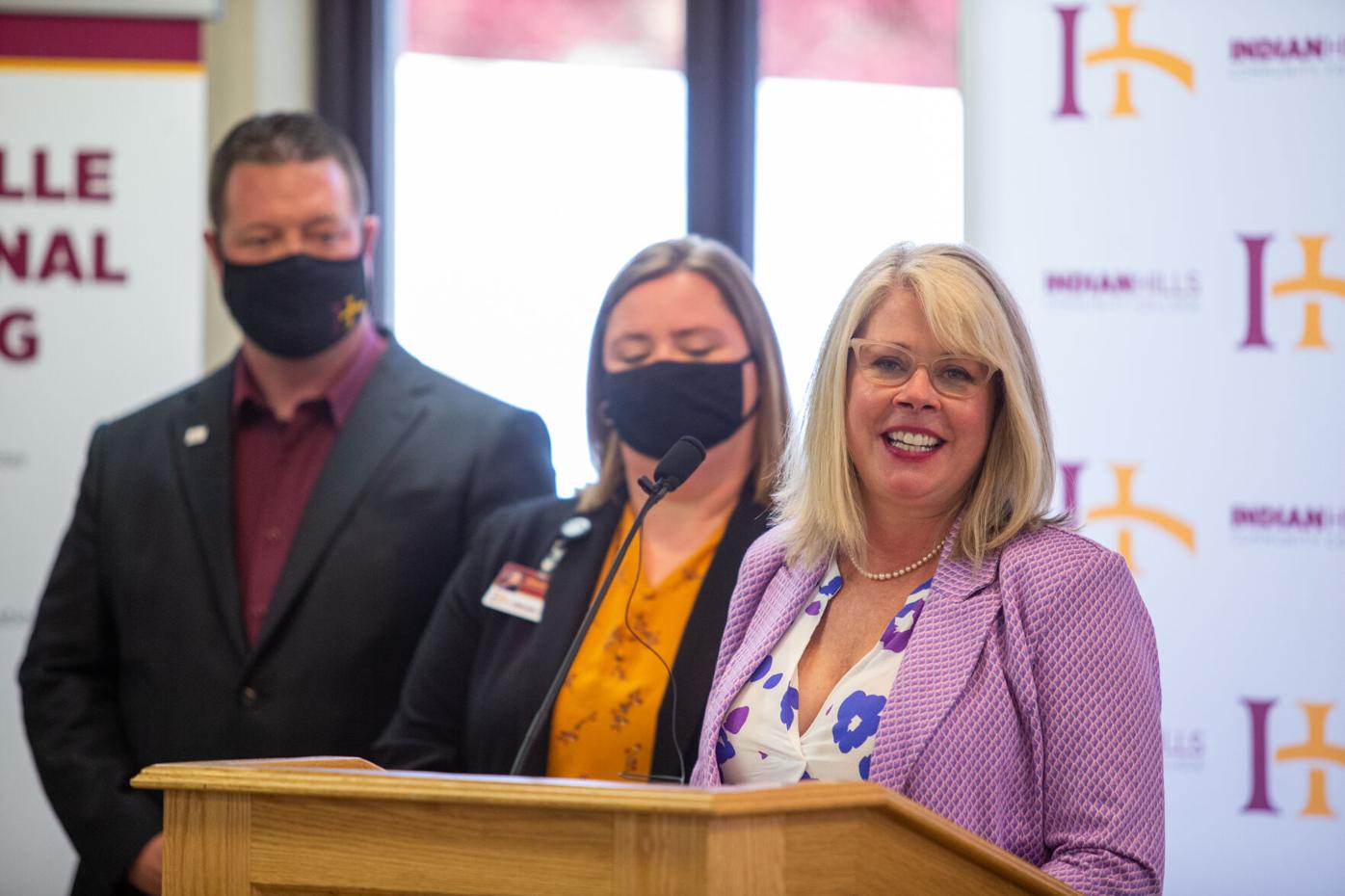 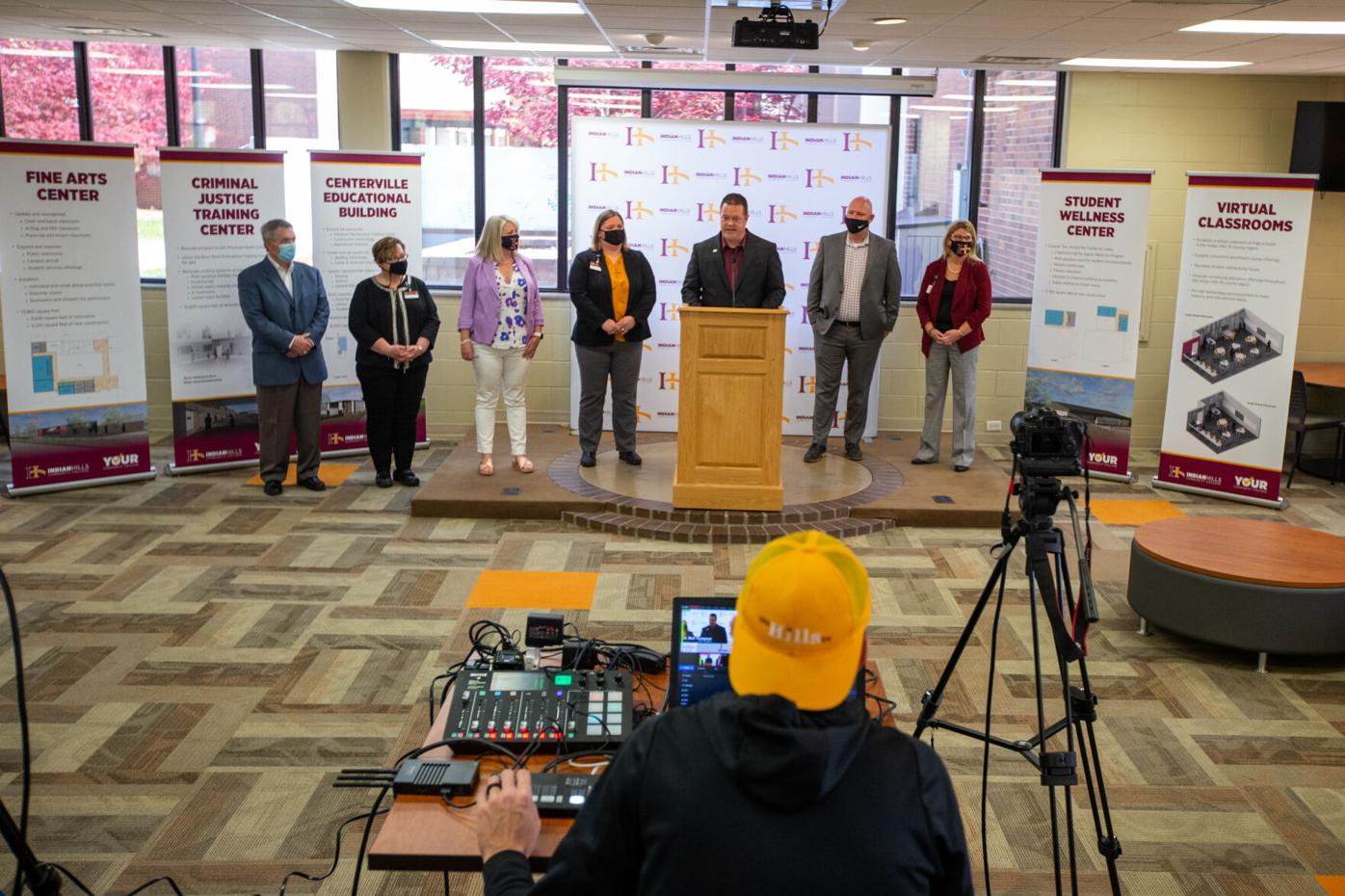 Officials with Indian Hills Community College held a news conference Monday, live streamed to the public, to discuss the future of the two college campus and a $34.7 million proposed project to improve them.

Officials with Indian Hills Community College held a news conference Monday, live streamed to the public, to discuss the future of the two college campus and a $34.7 million proposed project to improve them.

OTTUMWA — Officials with Indian Hills Community College are beginning a months-long campaign toward a November vote for the largest investment in the college's history.

A $34.7 million project has been in the works for a while and includes construction projects on both of the college's campuses. But on Monday, the public campaign got off the ground.

College President Matt Thompson and others on his administrative team hosted local media for an hour-long presentation and press conference, all streamed to the public.

The project would result in a new Centerville campus and bring considerable renovations to the Ottumwa campus, as well.

Exactly what property taxpayers in the college's 10-county region will be asked to pay is not yet known. Thompson and his team are trying to use grant funding and private donations to pay for as much of the nearly $35 million price tag that they can.

"I know that taxes are a challenge — I recognize that as a taxpayer myself," Thompson said. "I do not believe that we can pass a bond referendum for over $30 million. That's just the truth."

The final determination will be made in September for an election in November. The announcement, Thompson said, will come at the conclusion of an exhaustive effort to raise funds.

On Monday, Thompson said the college has more than a half million dollars in private donations already lined up. That joins a $1 million grant from the career academy incentive fund from Iowa, and about $1.4 million from the college's current money. There are $800,000 in pending grant applications, and more to be submitted.

"We have a real opportunity right now," Thompson said. "I believe the next five years of education is going to dictate where we are in 20-25 years as a region."

He described the projects as "vital" to the future of the college.

The COVID-19 pandemic impacted enrollment at the college, but not as much as the national average. Thompson said enrollment was down about 8% in 2020, compared to the national average of 12%. The college has more than 10,000 students, with more than 2,000 high school students concurrently enrolled through area schools. Thompson said 86% of the college's students stay within the 10-county region after they graduate.

The biggest slice of the project pie is the new educational facility on the Centerville campus. It would replace the current campus comprised of multiple unattached buildings, which one recent visitor likened to military barracks.

Those buildings were constructed in 1971 and only meant to last about a decade.

"We have maintained them for 50 [years]," said Noel Gorden, the college's executive dean of the Centerville campus and educational services. "They are in no way efficient. We have no hallways and no social spaces for our students. Our students have to go outside — no matter the weather — to switch classes or to use the restroom."

The new campus would allow new programs, specifically ones often requested in Centerville and the region. The Centerville campus would add welding and commercial driver training programs. The existing nursing, construction technology, industrial maintenance and agricultural programs that are at capacity would be expanded.

Current science labs on campus are the same ones used by former IHCC President Marlene Sprouse nearly five decades ago.

Also included are projects at the Ottumwa campus. They include a renovation of the fine arts wing surrounding St. John Auditorium, a new arrival area at the campus, a 17,000-square foot addition for a student wellness center, and a remodel of the criminal justice area. Around the region, the college would work with high schools to install virtual classrooms to help overcome rural broadband and access challenges, while expanding available programming for concurrently enrolled students.

Thompson said the college wants to be transparent with the project. Virtual forums and in-person visits to the communities are on the docket, as well as groups that invite the college to speak.

The college will also be sending out mailers to all residents of the college's area with information this week.