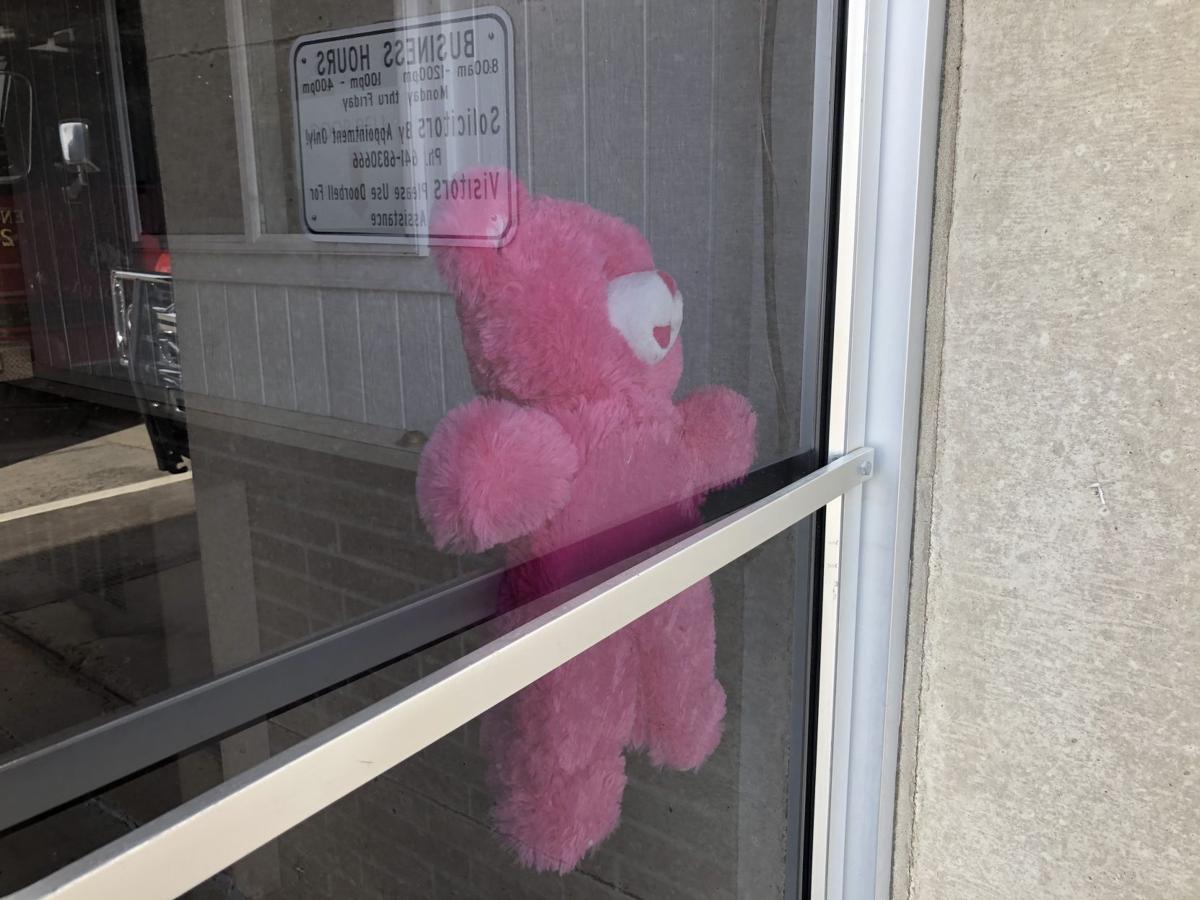 The Ottumwa Fire Department displays a bear in their doorway. They are among Ottumwans to participate in the “bear hunt” movement. 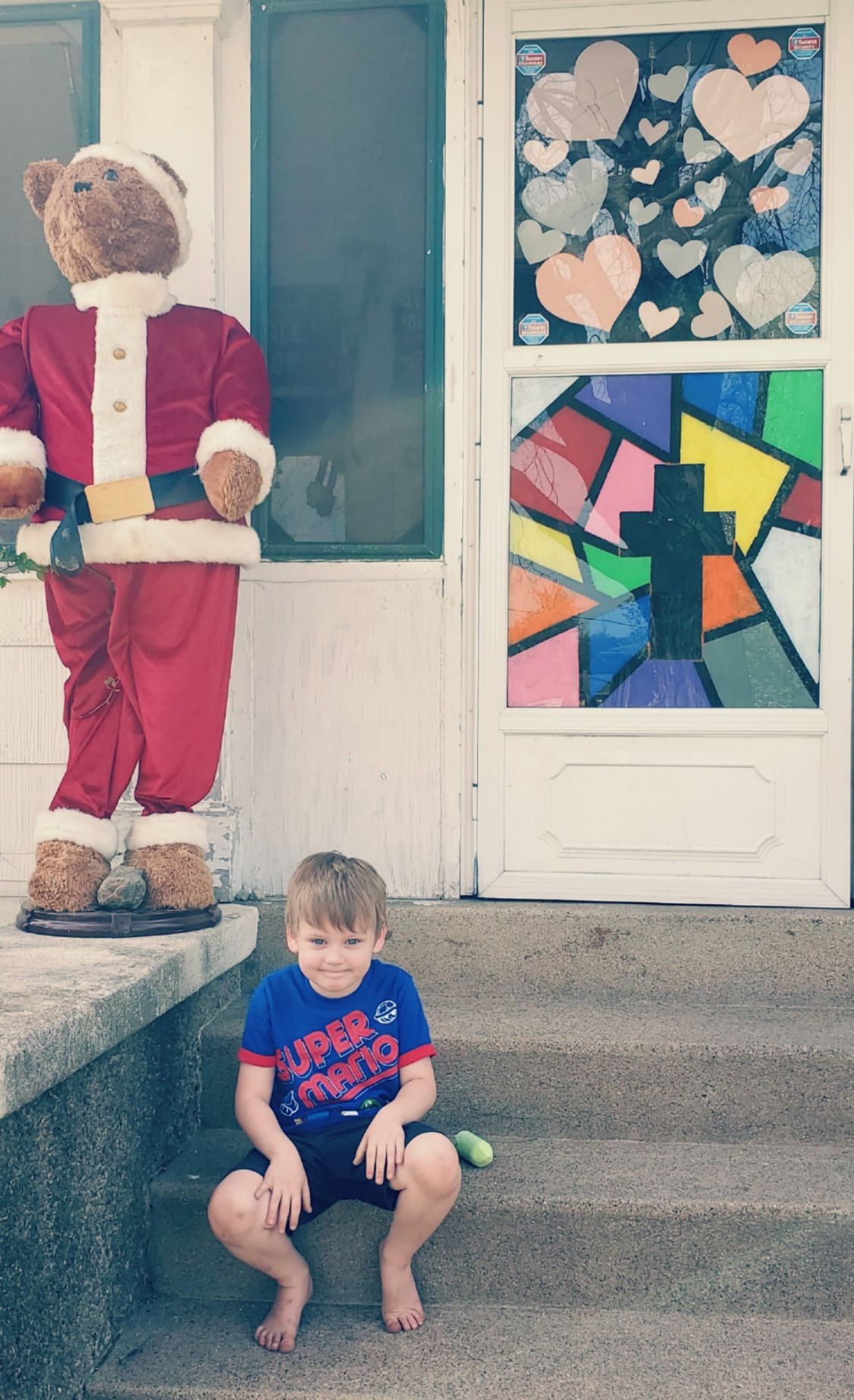 A Santa Claus Bear is displayed in the far left and on the right hearts. Sarah Moore’s 4-year-old son Greyson sits on the steps, happy to participate in the bear hunt and heart hunters movement. 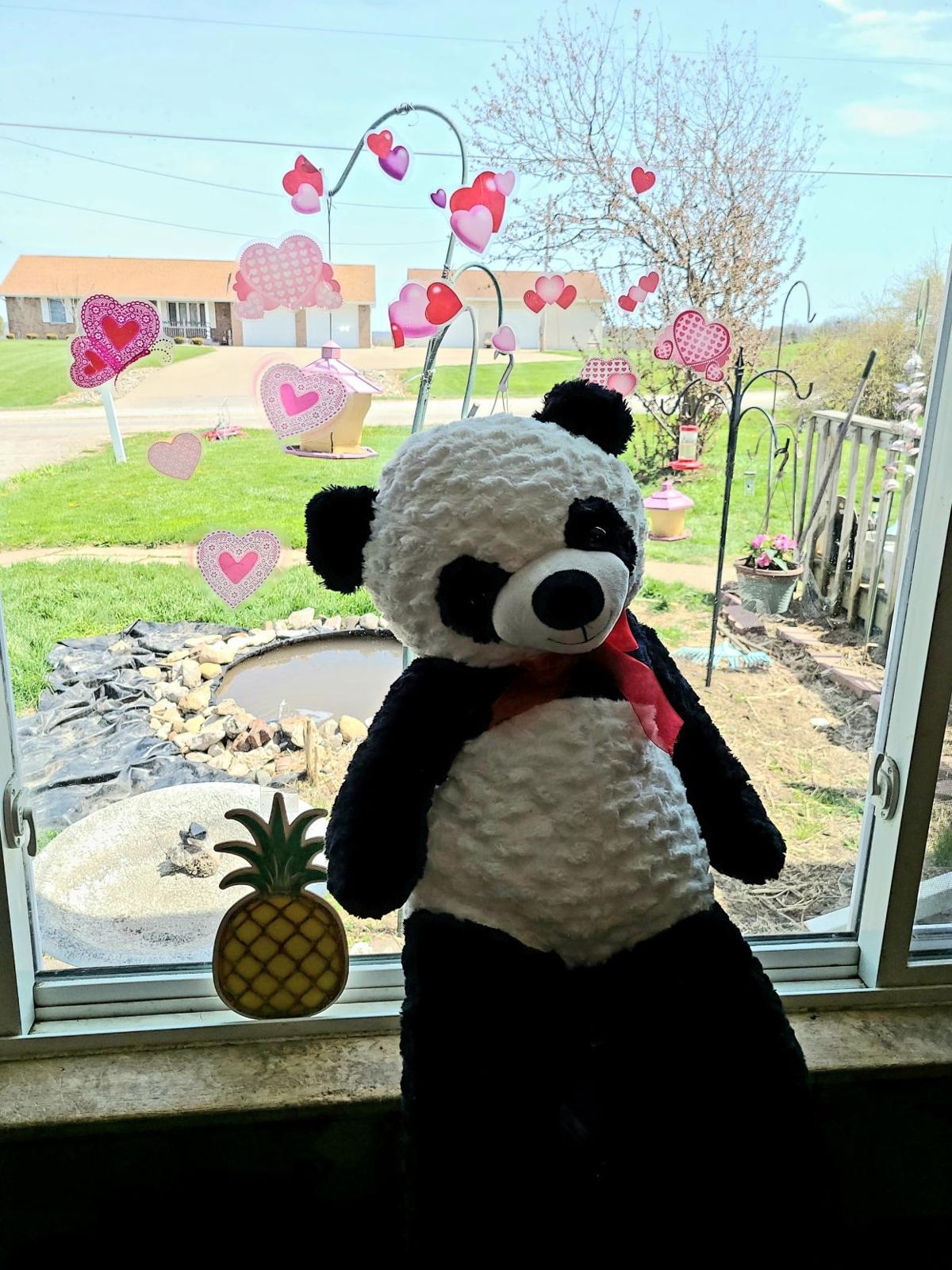 The Ottumwa Fire Department displays a bear in their doorway. They are among Ottumwans to participate in the “bear hunt” movement.

A Santa Claus Bear is displayed in the far left and on the right hearts. Sarah Moore’s 4-year-old son Greyson sits on the steps, happy to participate in the bear hunt and heart hunters movement.

OTTUMWA — If you have been driving around neighborhoods in Ottumwa, chances are you have seen teddy bears in windows.

Some houses are participating in what is called a “bear hunt.” The idea is for houses to put stuffed bears in their windows to promote positivity during the COVID-19 pandemic. It also allows parents and children to drive around different neighborhoods in town and see how many stuffed bears they can spot.

Three Ottumwa residents, Sonja Larkin, Sarah Moore, and Brenda Anderson are among the residents who decided to participate in the bear hunt.

Larkin first heard about the movement on social media. Later she went on a “much needed drive” and saw some teddy bears in windows.

“I had to go for a drive,” she said. “When I went for the drive I first saw it and thought I would try it. So I put bears in my window.”

Participating in the movement, Larkin, said has uplifted her spirits after she had to close her hair salon in town and a restaurant she owns and operates in Mt Pleasant.

“It has helped me,” she said. It’s a great hunt for people to participate in, to get their minds off the negativity … it gives parents and kids something positive to do.”

It definitely was a positive experience for Sarah Moore and her 4-year-old son Greyson. It has allowed them to practice social distancing and have fun.

“I wanted to get involved because my son was very confused as to why he couldn’t go back to school,” Moore said, “or go out and be around other people, so I figured it might cheer him up, and it could help bring a smile to other kids faces in this situation as well.”

And it did bring smiles to others, particularly for a neighborhood girl.

“Our neighbor girl fell in love with our creation and convinced her mom to decorate her window with hearts,” Moore said. “We’ve had a lot of positive feedback on it. It was more than worth pursuing, because since then I’ve seen numerous people driving by checking them out and taking pictures with smiles on their faces, we have hearts and a painted cross window as well.”

“Doing the bear hunt is something I wanted to participate in to let them know that we are thinking about them,” Anderson said. “It’s hard for me to not see the bad stuff, but as long as I’m doing this — it uplifts my spirits.”

The bear hunt, Anderson said, also took her back to her youth when she first heard about it after reading a children’s book called “We’re Going on a Bear Hunt.”

“I loved the book so much,” Anderson said. “It promotes positivity and this bear hunt is a way for people to know there’s still plenty of positive energy.”

“Hopefully more parents can take their kids out and do this,” Anderson added. “Even though they can’t join in on big groups, it’s still comforting and provides joy.”