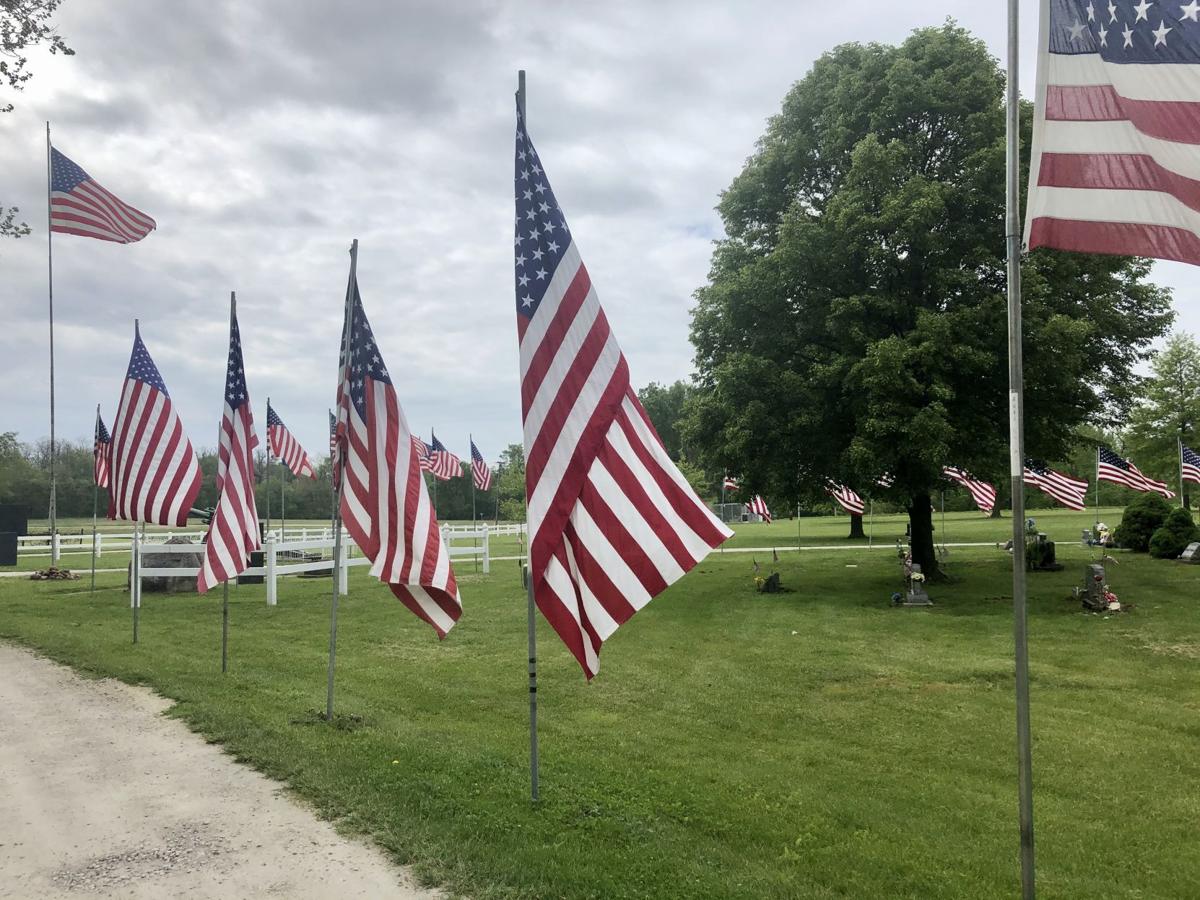 More than 300 American flags are displayed at the Highland Cemetery in Eddyville. Each flag represents a veteran in honor of Memorial Day. Eddyville American Legion has a Memorial Day Service scheduled for 10:30 a.m. on Monday at the cemetery. 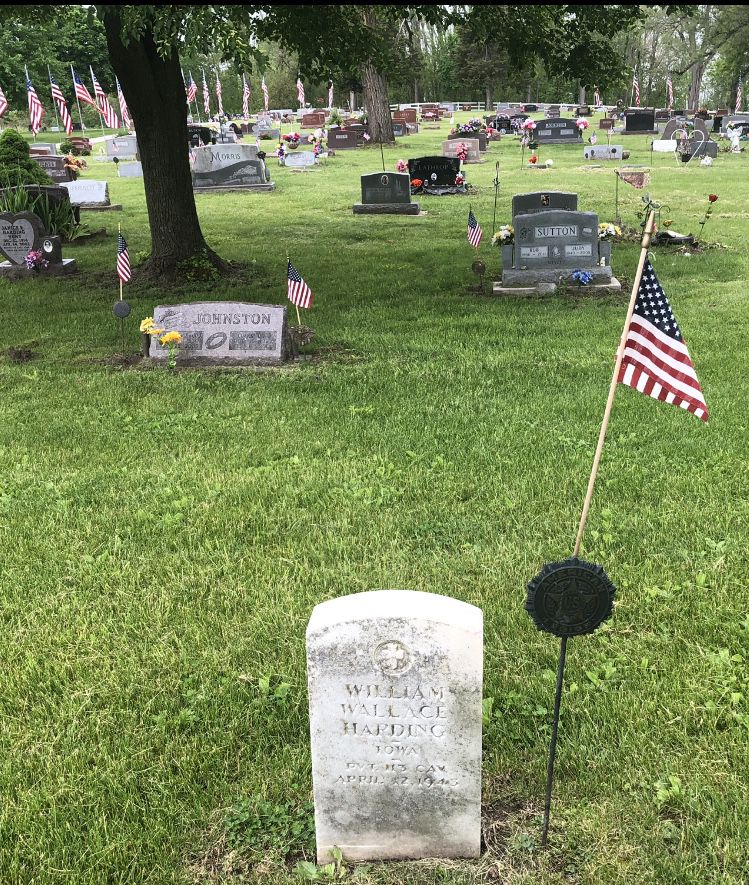 More than 300 American flags are displayed at the Highland Cemetery in Eddyville. Each flag represents a veteran in honor of Memorial Day. Eddyville American Legion has a Memorial Day Service scheduled for 10:30 a.m. on Monday at the cemetery.

EDDYVILLE — This year’s Memorial Day service is expected to look a little different with the help of some volunteers.

On Friday, Eddyville American Legion (EAL) Ed Glenn and EAL Post Commander Lance “Red” Johnston put some extra flags up at the Highland Cemetery, preparing for the legion’s Memorial Day service. It’s scheduled for 10:30 a.m. on Monday at the cemetery.

In spite of COVID-19, Glenn and EAL Post Commander Lance “Red” Johnston wanted a way to hold the service. Two months ago, Glenn said EAL members didn’t even know if they would be able to coordinate a ceremony. For a while they followed updates from various newspapers, TV news and from public health officials, contemplating the next step to take. They decided to go for it, confident that Eddyville residents and interested attendees could follow social distancing guidelines.

“People have had two months to be educated on whether they want to participate in something like this,” Glenn said. “We’re not bringing them into a stadium … or anything like that so it’s a personal decision. We think it’s a safe environment and we’re going forward with it.”

Glenn and Johnston have been putting on the Memorial Day services for so long, they didn’t keep track of how many services they’ve planned. They wanted to put on the ceremony even though it won’t be the same as previous years, from asking the local elementary and high school students to help put up flags to retreating to Eddyville-Blakesburg school in case of inclement weather.

Glenn served in the army for two decades and Johnston served in the Marine Corps for four years. Memorial Day is personal to them. They wanted to make sure no one forgot to honor those who fought on the front lines.

Johnston agreed. “This is the day that you honor those who have fallen,” he said. “They didn’t have a choice. The conditions — they didn’t get to choose their conditions in which they gave their lives for our country. We should be able to honor them no matter what’s going on in our lives.”

Aside from getting to honor his fellow veterans, Johnston is excited for the local kids to walk up the cemetery’s hill, place some flags around the tombstones, and hear Glenn give a speech on the importance and history of Memorial Day. He wants attendees to not forget the “true meaning of the day.”

“You go to a ceremony like this and it puts it all into perspective,” Johnston said. “People actually know what these flags mean, then it means something. I gotta be honest, before I was a veteran I didn’t understand it that well … you don’t. On Memorial Day you’re gonna remember those that died and you don’t think about it but once you become a veteran then it kind of hits home.”

“It’s kind of a somber day — you know why you’re having the day … you enjoy family and remember,” Johnston added. “I think a lot of people that aren’t veterans come up here with a thought in their minds that [it’s] Memorial Day so they’re remembering their family that are here, not so much the other aspect. Some people don’t get it I think.”

“I think that’s right, Memorial Day has taken on different meanings,” Glenn said. “People remember family, they may or may not be veterans. It’s just, like, someone will say to someone that has served on Memorial Day, ‘hey, thank you or congratulations or whatever.’ That’s wonderful, but to remember them — that’s Veterans Day. Memorial Day is the day men and women that went out and lost their lives defending our country, that’s Memorial Day.”