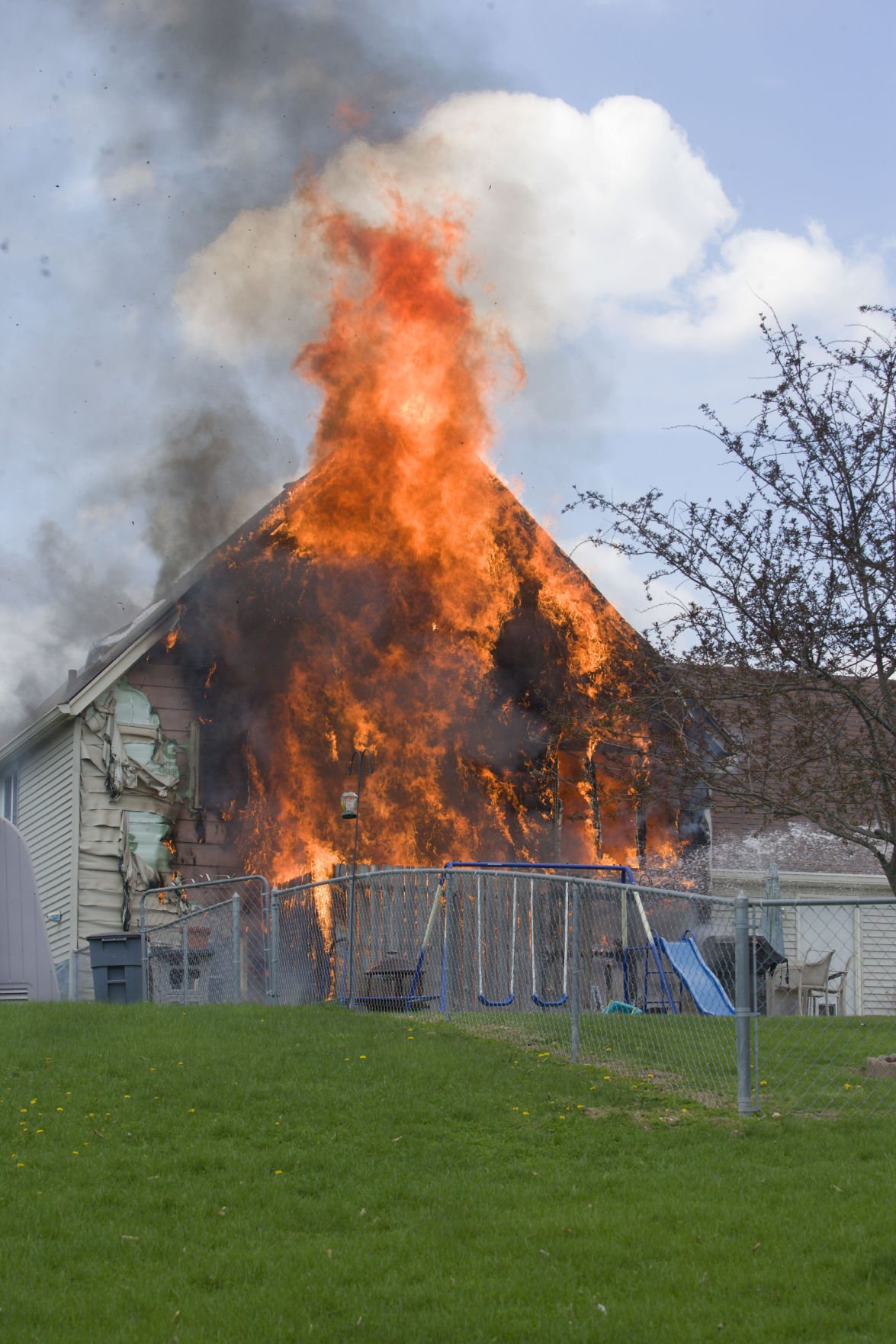 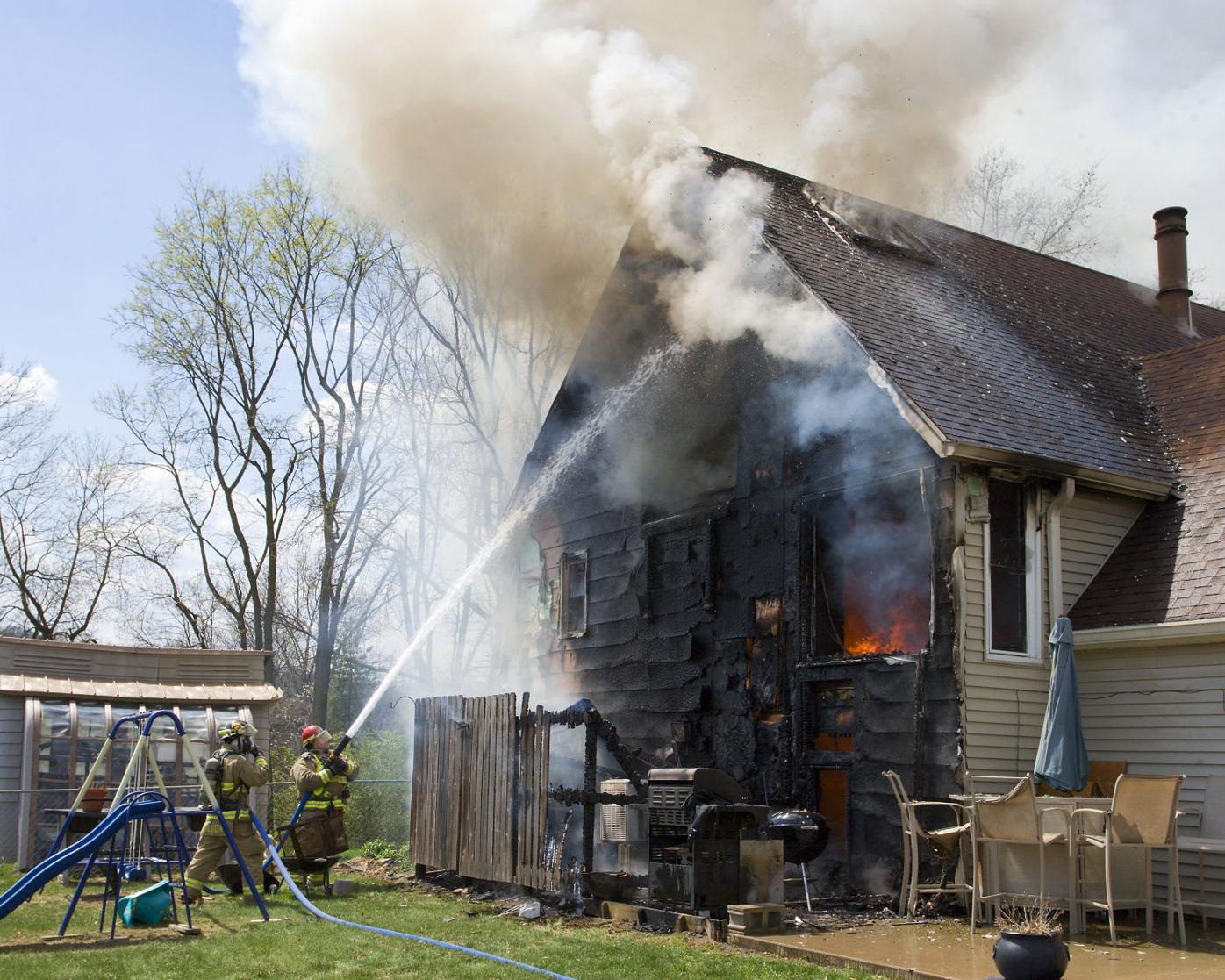 OTTUMWA — Sue Terrell walked slowly up Bladensburg Road toward the house she has lived in for the past 20 years. The plumes of dense, black smoke were long gone, but the smell was unmistakable. She held the arm of a visiting friend.

It wasn’t clear who was leaning on who.

Mike Terrell, Sue’s husband was already in the front yard, standing by a riding mower on the front lawn. From the front it was hard to see much damage, but the back of the couple’s home was only blistered siding and charred wood. Flakes of ash dotted the lawn, black spots on the newly-green grass.

Sue walked slowly across the lawn. When she reached Mike they held each other tightly. After a couple minutes they walked around the side of the house, hand-in-hand.

No one was at home when the house caught fire, and for that Sue was grateful.

“I just thank the good Lord everybody is safe,” she said. “Things are things. You can replace things.”

The fire was largely contained to the back of the two-story house. Not long before the Terrells returned there was smoke pouring from under the eaves and through a shattered skylight on the roof. A neighbor said she called in the fire at about 1:30 p.m.

There wasn’t a fire hydrant nearby, so crews from Ottumwa, Wapello County, Agency and Hedrick relayed water into portable tanks from a hydrant at Bladensburg Road and Pennsylvania Avenue. An Ottumwa engine pumped water into the hoses.

Soon the sound of the crackling flames was replaced by the drone of a fan brought in to ventilate the house and the rumble of the fire trucks’ diesel engines.

The Terrells had spent two decades in the home. Sue said they love the location. It’s far enough outside Ottumwa to be quieter, but close enough to easily get what they need.

It’s not clear what started the fire, nor whether any part of the house can be salvage.

“[The firefighters] have no clue. The back side is gone. They said it could be a while,” Sue said.

OTTUMWA [mdash] Kenneth Leroy Myers, 85, passed from this world on Aug. 16, 2021. Kenneth had a passion for collecting antique tractors and was a builder of many things. Survivors include Larry, Marsha Presswood (Stan), Lisa Hendriks (Rich), three grandchildren, 6 great grandchildren and his…