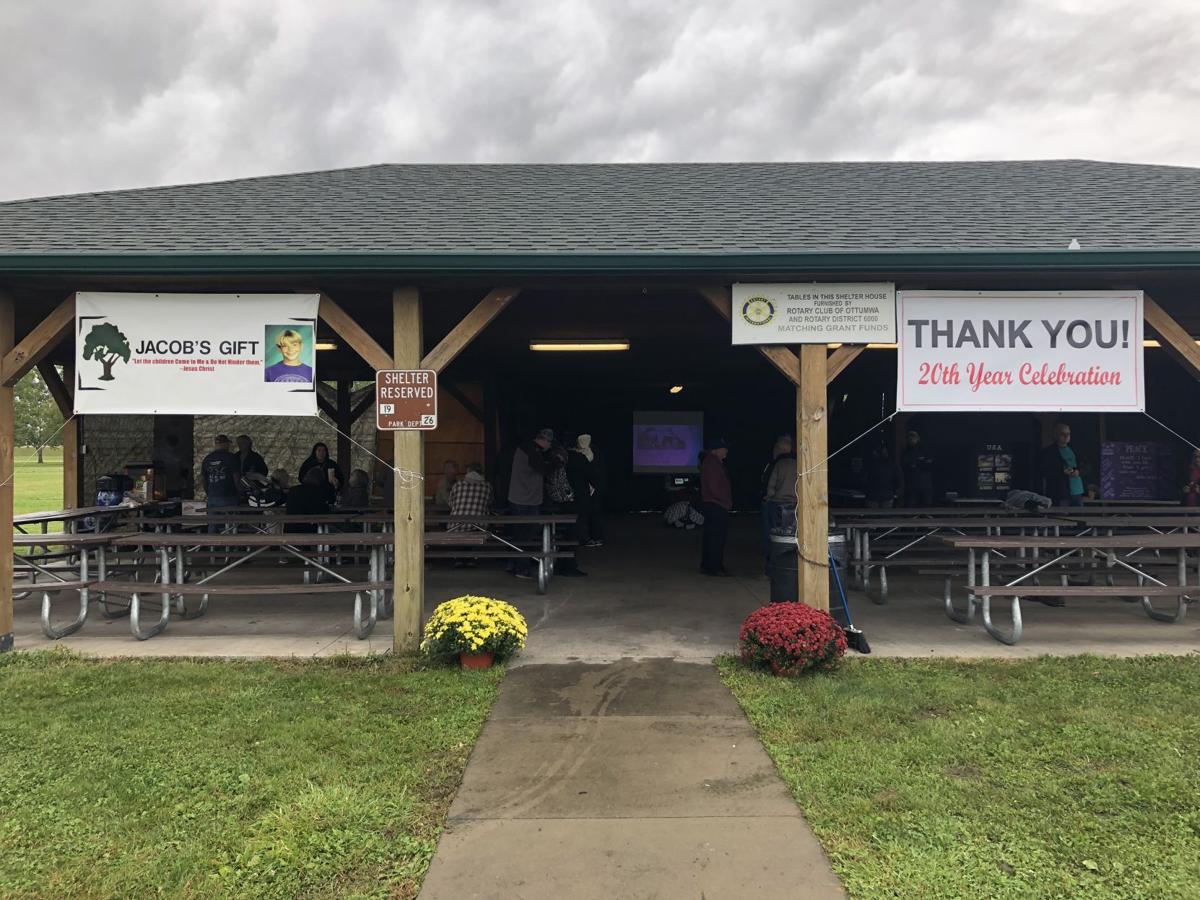 From 2-7 p.m. people gathered to celebrate the 20th anniversary of Jacob’s gift. 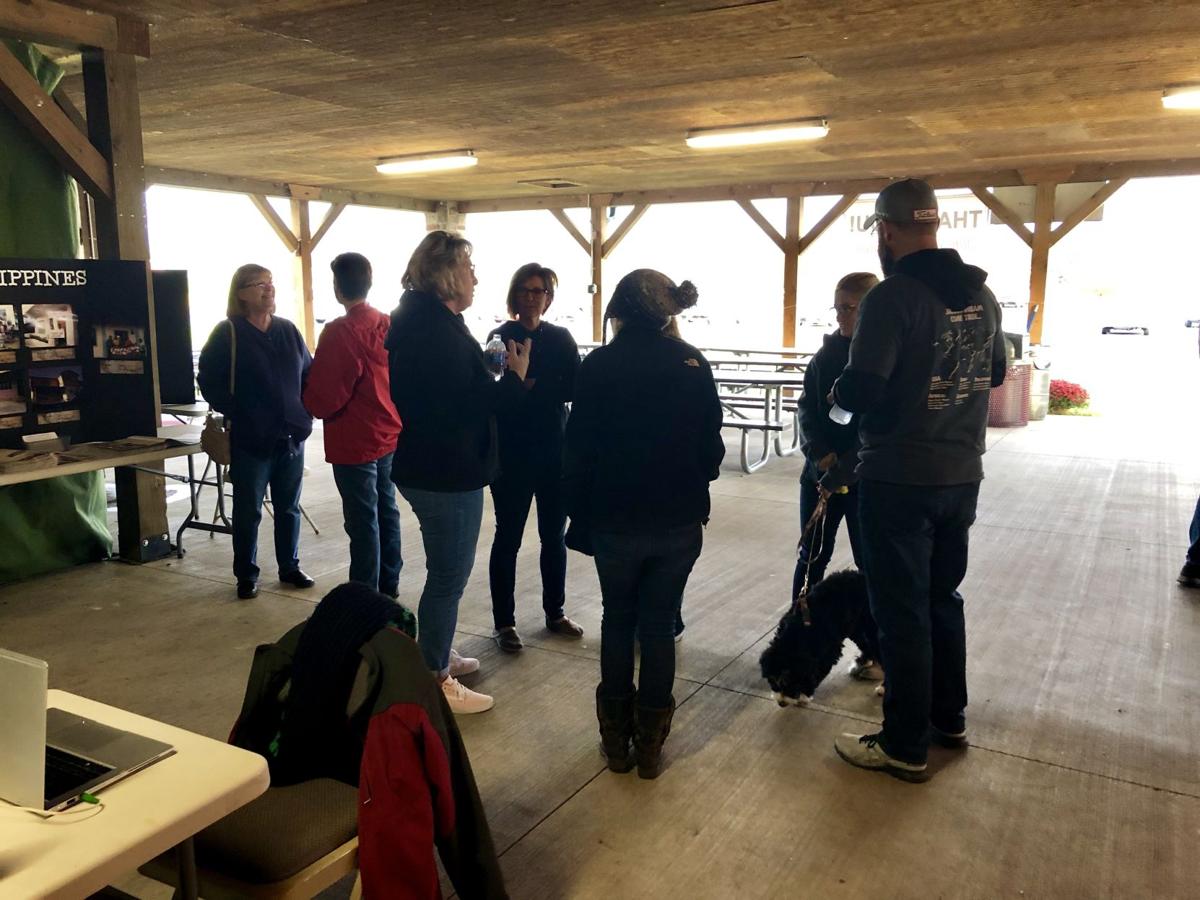 Family and friends of Jacob Hall gather to reminisce and celebrate Jacob’s dream.

From 2-7 p.m. people gathered to celebrate the 20th anniversary of Jacob’s gift.

Family and friends of Jacob Hall gather to reminisce and celebrate Jacob’s dream.

OTTUMWA — Jacob Hall dreamed of becoming a missionary. When a go-kart accident took his life 20 years ago, it left his family and friends devastated.

But Debbie and Richard Hall didn’t leave despair lingering for too long.

The Halls helped their son fulfill his dream by starting Jacob’s Gift, a nonprofit organization dedicated to helping children between the 10th and 40th parallels, which consist of countries throughout north and central Africa, the Middle East, India and Southeast Asia.

Saturday was the chance for the Hall family and friends to celebrate Jacob, all that the organization has done and say thank you to people for supporting the organization.

Marlene Greiner, a close family friend of the Hall family, was Jacob’s Sunday school teacher. Greiner recalled Jacob as a “very sweet little boy,” a boy with a heart for missions and compassion for children in third-world countries.

Greiner thought Jacob would have been proud to see what the organization has accomplished, such as building schools and churches in the Philippines. “The schools would meet a huge need for the orphans in the area,” she said with a smile.

The smile and the twinkle in Greiner’s eye was lost for a moment as she recounted the funeral and the loss. “I can get kind of teary-eyed because he’s still a little boy to me,” she said.

Greiner’s mood brightened again when she thought about the goodness coming from Jacob’s Gift.

While many of the attendees knew Jacob and his family, Greiner saw some people who were curious about Jacob’s Gift. Although Saturday was a celebration honoring Jacob, Greiner hoped more people would be drawn in to get involved in Jacob’s Gift or learn more about it.

“We would like to introduce more people to Jacob’s Gift,” she said. “If people are interested, it can be two-fold for them and find a way to be involved and blessed.”

One of the goals of the organization is to build a birth center and a library in Kenya.

“We just want to help the people in any way we can,” Debbie Hall said. “We find out in steps on what they need or want. We want to get the birthing center up and running to save babies and mothers.”

“We’re doing everything that we physically can to make that happen and make it [the birth center] a reality,” Richard Hall said. “We want to continue to supply buildings, whether that be a hospital or dormitory.”

Greiner agreed. She said the people should have the right to get help in the child birthing process, advice for mothers and children. People should have access to computers and books in the library and learn to build desks for a school or book shelves, she said.

Reflecting on her own mission trips, Greiner did not doubt for a second that the trips have changed the lives of the people as well as people a part of Jacob’s Gift.

“We have regular newsletters,” she said, “so you know where your money went and you get pictures of people that were blessed, pictures of the buildings that were built. Whenever you give, whatever amount of money or energy to something else, you get the blessings, too. God recognizes that you are generous and caring and sharing his love with others.”

Ron Thompson is also a close family friend of the Halls and has been part of Jacob’s Gift for a number of years. He and his wife regularly go to Virginia to collect medical supplies for the Kenyan people and bring it with them each time they go to the country. Thompson said he continues his trips for Jacob and to glorify God.

“God brings his people together in ways for his kingdom,” Thompson said. “It’s been incredible to meet the people and develop relationships with them, rather than a ‘Hey, how are you?’ We have gotten to know them personally.”

Thompson is in awe of the Hall family, admiring them for their strength and courage.

“They live with Jacob’s Gift everyday,” he said. “It’s special to be able to turn a tragedy into something special.”