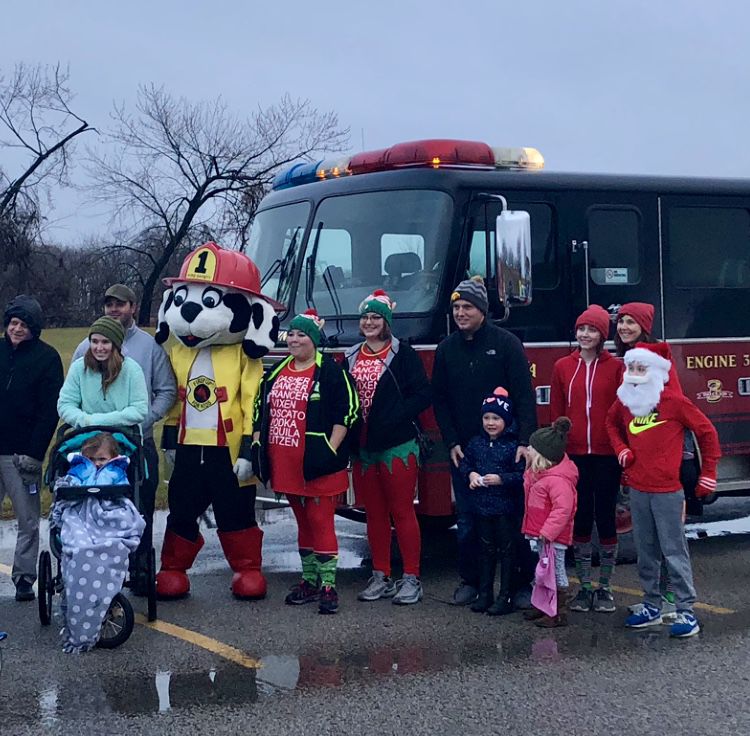 Sparky Claus poses with jingle jog/walk attendees. The Ottumwa Area Chamber of Commerce and the Ottumwa Fire Department partnered for this year’s event. 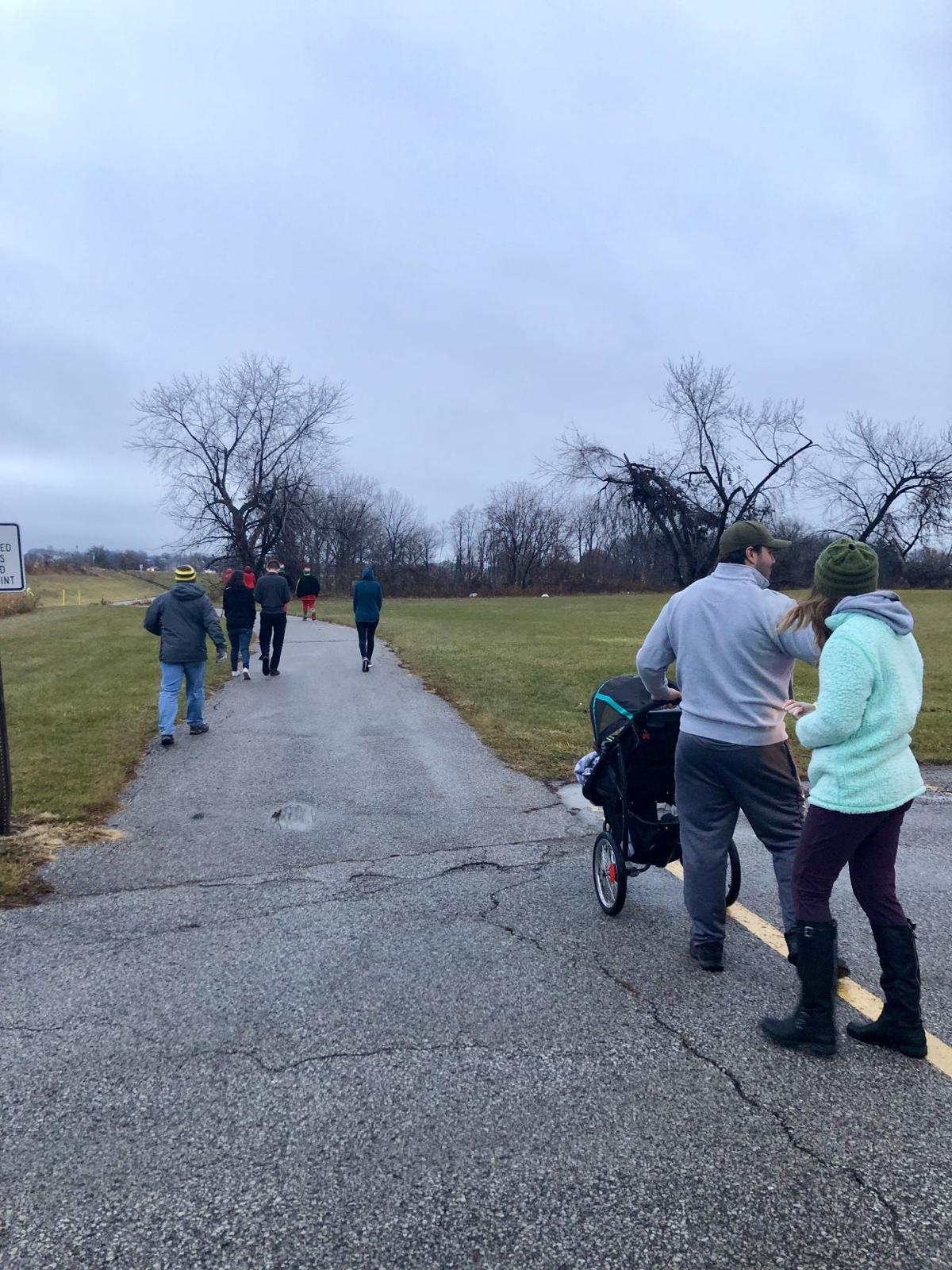 Participants start the holiday jingle jog/walk behind the Herberger’s parking lot. The Ottumwa Area Chamber of Commerce and the OFD department partnered for this year’s event.

Sparky Claus poses with jingle jog/walk attendees. The Ottumwa Area Chamber of Commerce and the Ottumwa Fire Department partnered for this year’s event.

Participants start the holiday jingle jog/walk behind the Herberger’s parking lot. The Ottumwa Area Chamber of Commerce and the OFD department partnered for this year’s event.

OTTUMWA — With rain, fog and gusts of wind, hopes of having a good crowd show up for the Jingle Jog seemed bleak. Thankfully, the rain held off and 30 participants were able to kick off the holiday season with an outdoor activity.

The cold didn’t bother Ottumwa Area Chamber of Commerce Executive Assistant Brenda Sieren, and it didn’t seem to bother attendees as some came dressed in red and green.

Ottumwa Area Chamber of Commerce (OACC) and the Ottumwa Fire Department (OFD) partnered for this year’s walk. The purpose of the walk/jog was not only to kick off the holiday season, but as a means of helping others. Chamber Executive Director Shea Greiner wanted to partner with the fire department as a way to help them with fundraising, especially for Sparky Claus.

Greiner, Sieren and the fire department helped plan the event. The department brought their gear over, luminaries and, of course, Sparky Claus himself.

“All it took was preparations to put the strings on the bells,” Sieren said.

Having the walk/jog on the same day as Small Business Saturday also helped bring in a decent crowd, as Greiner said attendees wanted to get out of the house and burn off those Thanksgiving calories.

Firefighter Josh Chance said partnering with OACC was a great opportunity. He hopes it becomes an annual event, a tradition for families. Some attendees did bring toys, which Chance was grateful for as it will continue Sparky Claus’ mission of providing for others.

“We’ve gotten several cash donations that we’ve been using to buy coats with,” he said. “We’ve also been buying coats for Sieda. We’ve bought a lot of coats and hats and gloves this year — twice as many as we have last year.”

Partnering with the fire department on this jingle jog also meant Greiner could be part of making a positive difference for children in need.

“I think it’s a great outpouring to the community,” she said. “People in need or families come. It’s a great event to partner with on that. It’s a season for giving. I can’t think of anything better to start the season than with the Sparky Claus program.”

Sieren also agreed on the importance of Sparky Claus. “It’s good for Sparky Claus to be out in the community,” she said, “to teach kids fire safety and provide for kids in need.”

Chance said being an emergency responder can take a toll on a person, which is why he and other OFD members want to continue giving back to the community for years to come.

“The holidays can be gloomy if you let them be,” Chance said, “or they can be fun. We try to make fun out of everything. We go out and make the best of every situation. Without the public, this wouldn’t have happened.”

OTTUMWA [mdash] Jack Ervin Carder, 88 of Ottumwa, formerly of Batavia, died May 31, 2020. He was cremated and there will be no service at this time. On-line condolences may be made to the family at behnerfh.com.