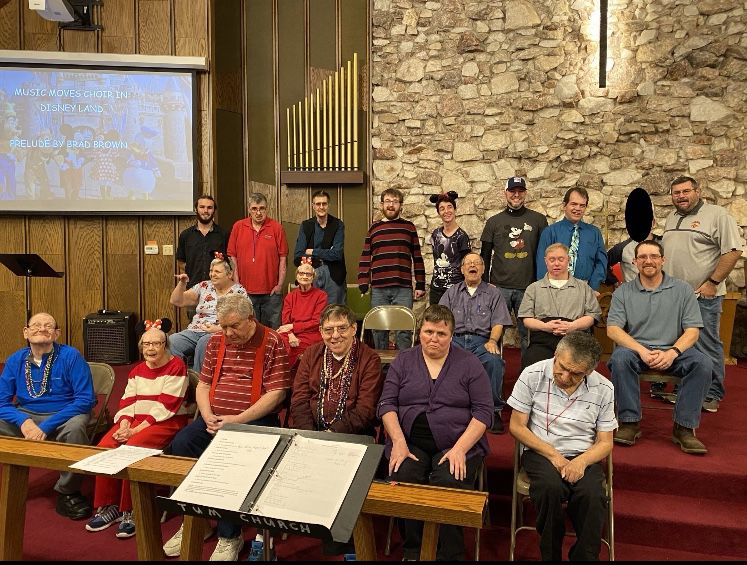 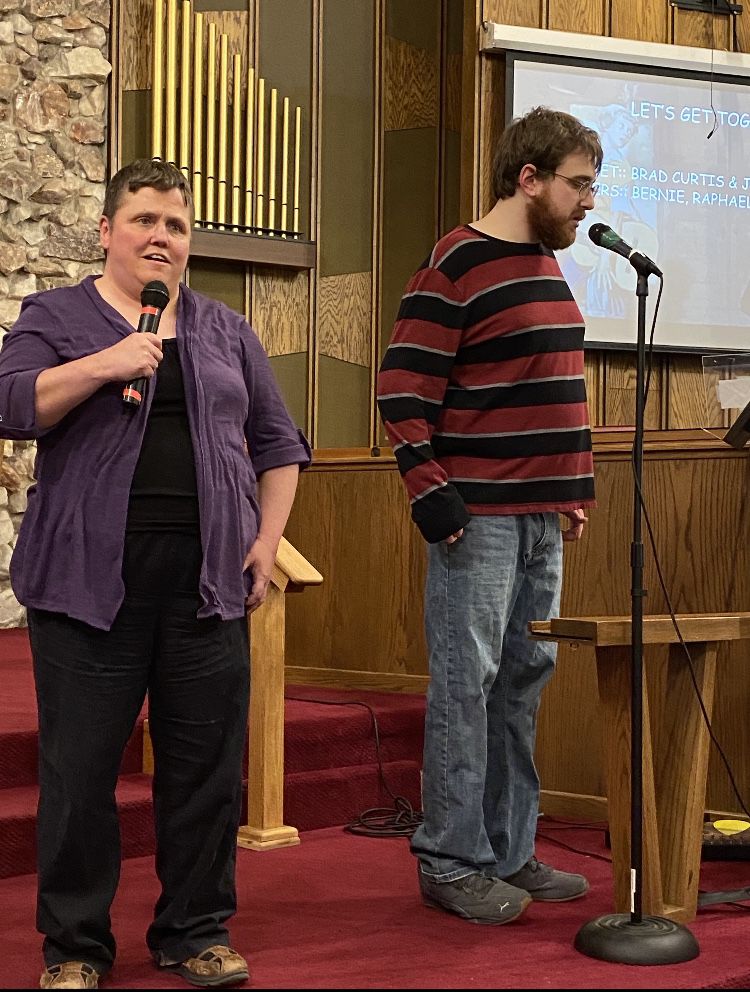 ALBIA — Everyone has different personalities, gifts and talents. Music therapist Morgan Henderson knows that well, which is why she wanted to have an opportunity to showcase it in her community.

In 2015, she formed Music Moves Choir, a choir of 20 people with different disabilities. Henderson does not rely on sheet music to teach different songs. Instead she uses a “repeat after me” approach.

The interactions she had with children of different abilities at the Arc of Southeast Iowa ignited her passion for music therapy.

“There weren’t many opportunities for music for those with disabilities,” she said. “So, I wanted to do something to give them that chance. What a blessing it is for the members to participate in something like that. People in Albia really love them.”

Directing a choir is not simple, but Henderson likes the challenge. She has learned about herself since directing.

“I learned you have to have patience for learning the music and directing it,” she said. “People in the community like what we are doing. Since having the choir, people have changed their perceptions. I learned to loosen and open up. I learned to have fun; that’s something I’ve gained.”

She has also gotten to know the members’ strengths and personalities; they have also taught her something.

“I love doing this and I love the way they have impacted me,” she said. “They taught me to capitalize on strengths and focus not on what they can’t do, but focus on what they can do. Many can sing and carry a pitch and tune. For those who are non-verbal, they play instruments, and wonderfully, I might add.”

Henderson hopes to increase membership and change misconceptions people harbor toward those with physical and mental challenges.

“I want people from Ottumwa, Knoxville and in surrounding communities to join,” she said. “I would love to see more people in the area. I understand that it might be difficult at times to travel to Albia, but regardless of that, the members would love to have more people and get to know them.

“I want people to respect them as people,” she added. “I want them to see that they are so much more than their disabilities.”

The theme for this year’s concert is “Living in America.” There is no fee to join. For more information, visit music movesalbia.weebly.com or contact Henderson at 641-799-8579 or email at mhenderson.mtbc@gmail.com.

Chiara Romero can be reached at cromwero@ottumwacourier.com.