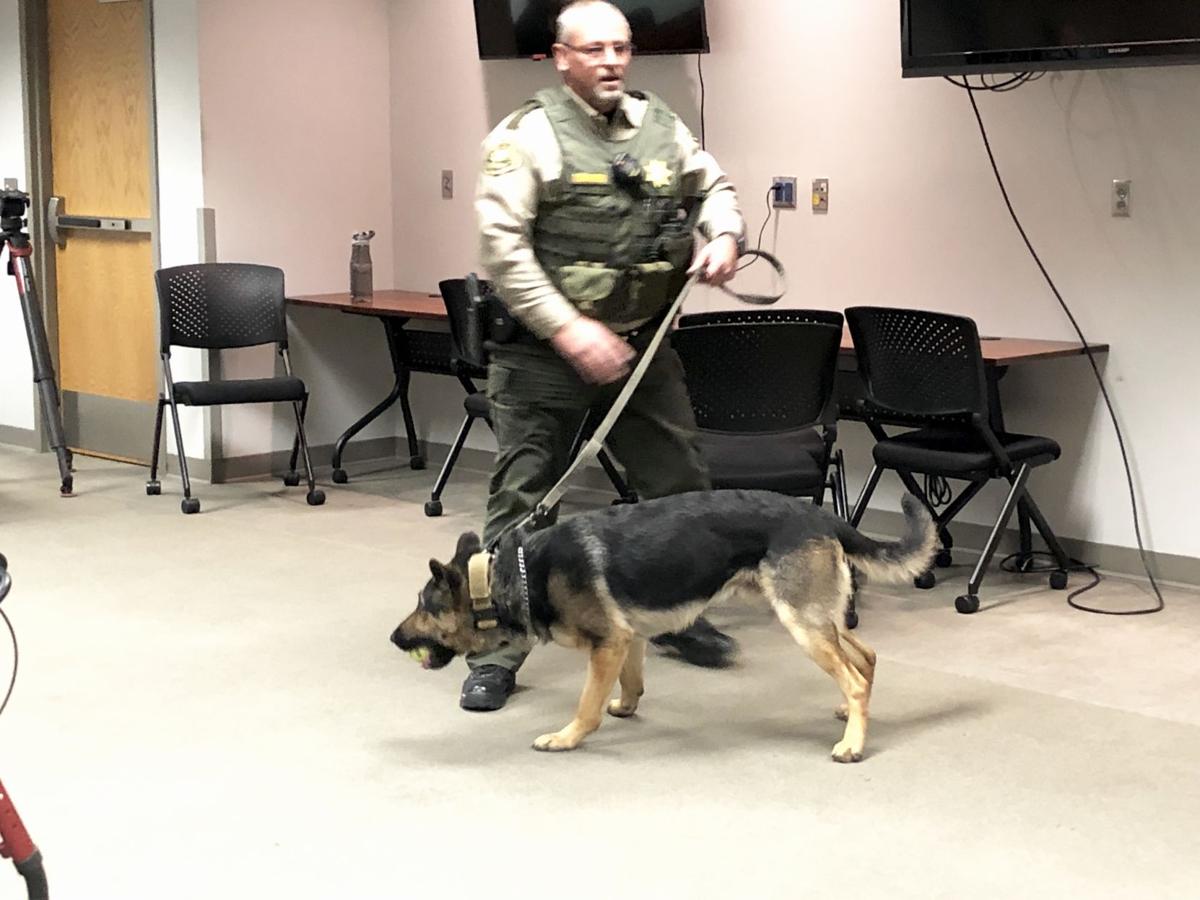 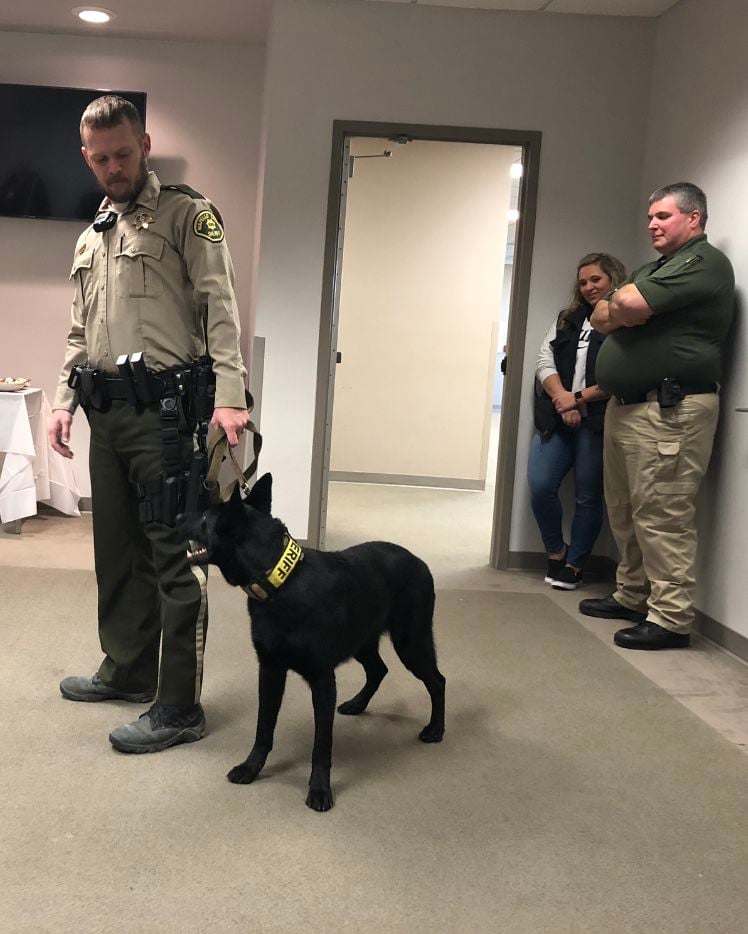 At Wednesday’s demonstration, Deputy Seth Hobbs complimented Luna after she was able to sniff out drugs.

At Wednesday’s demonstration, Deputy Seth Hobbs complimented Luna after she was able to sniff out drugs.

The two canines demonstrated their abilities to sniff out drugs.

“The only thing she doesn’t do is bombs,” Deputy Seth Hobbs said.

Luna works with Hobbs and Hex’s handler is Deputy Don McMartin. The canines were chosen back in July and trained at the Tree Town Kennel at Forest City, Iowa. The two deputies had to do training, too. They participated in a 200 hour handlers course.

“They typically do it in a five-week program,” Sheriff Don Phillps said, “but they did it in four because both of these guys were on at the same time for training so they could get it done quicker.”

Both dogs were able to find the drugs in Wednesday’s demonstration. Once they found the drugs, they were rewarded with a tennis ball, which deputies and attendees threw.

Phillps told attendees that the canines’ cleverness came in handy on one particular day. “When they came back from training,” he said, “it was his [Hobbs’] first day back to work and three hours into that they found methamphetamine in a vehicle. That investigation led to two other gentlemen that the Drug Task Force arrested and we ended up seizing three and-a-half pounds of methamphetamine.”

Deputy Martin Wonderlin agreed. “It’s very likely that without Luna there would still be a couple of methamphetamine dealers.”

Phillips couldn’t be more pleased to have the two dogs, especially since the department has not had canines since the 1980s.

“Nine months ago we had a vision of what we wanted to do,” he said. “It’s become a reality. It’s been fun and exciting for our department to watch both of them become the handlers that they are. They’ve done good work in a short amount of time.”