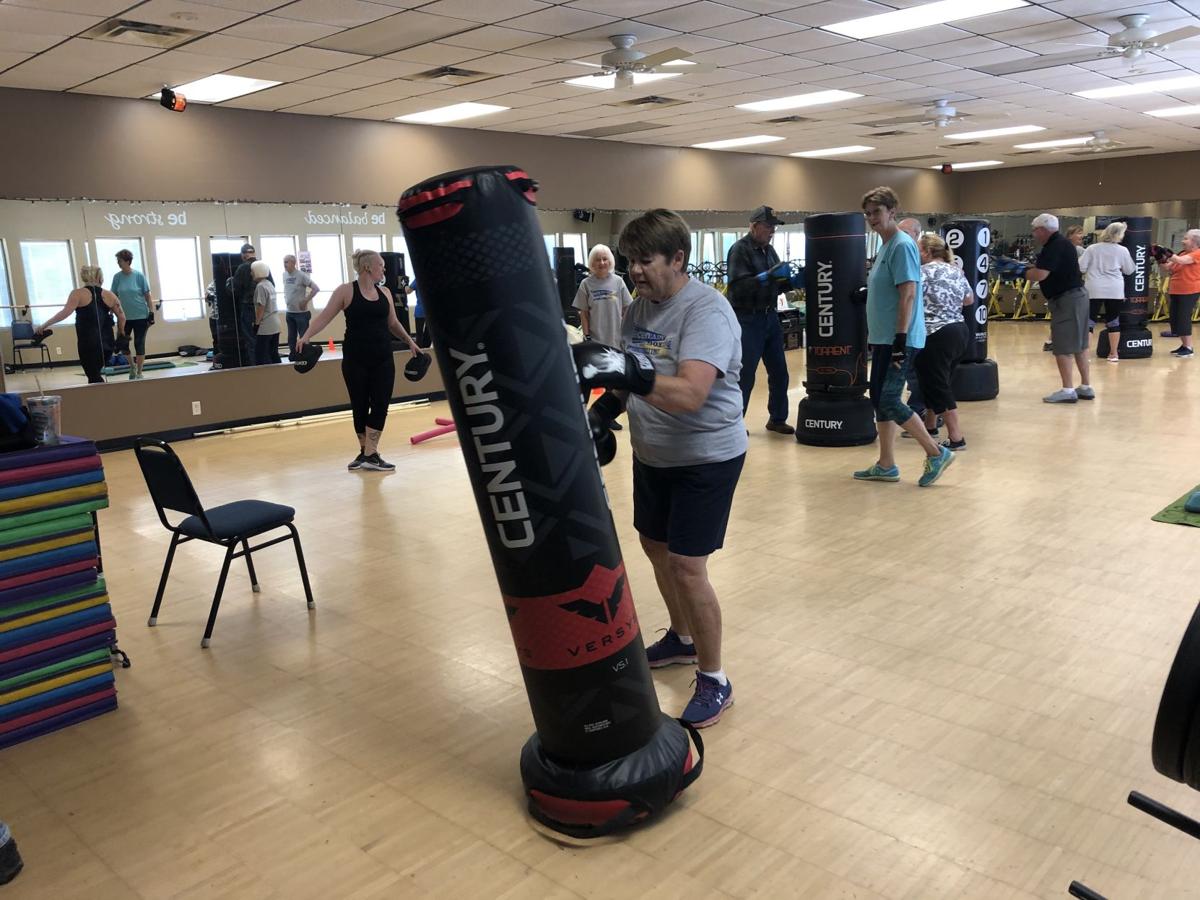 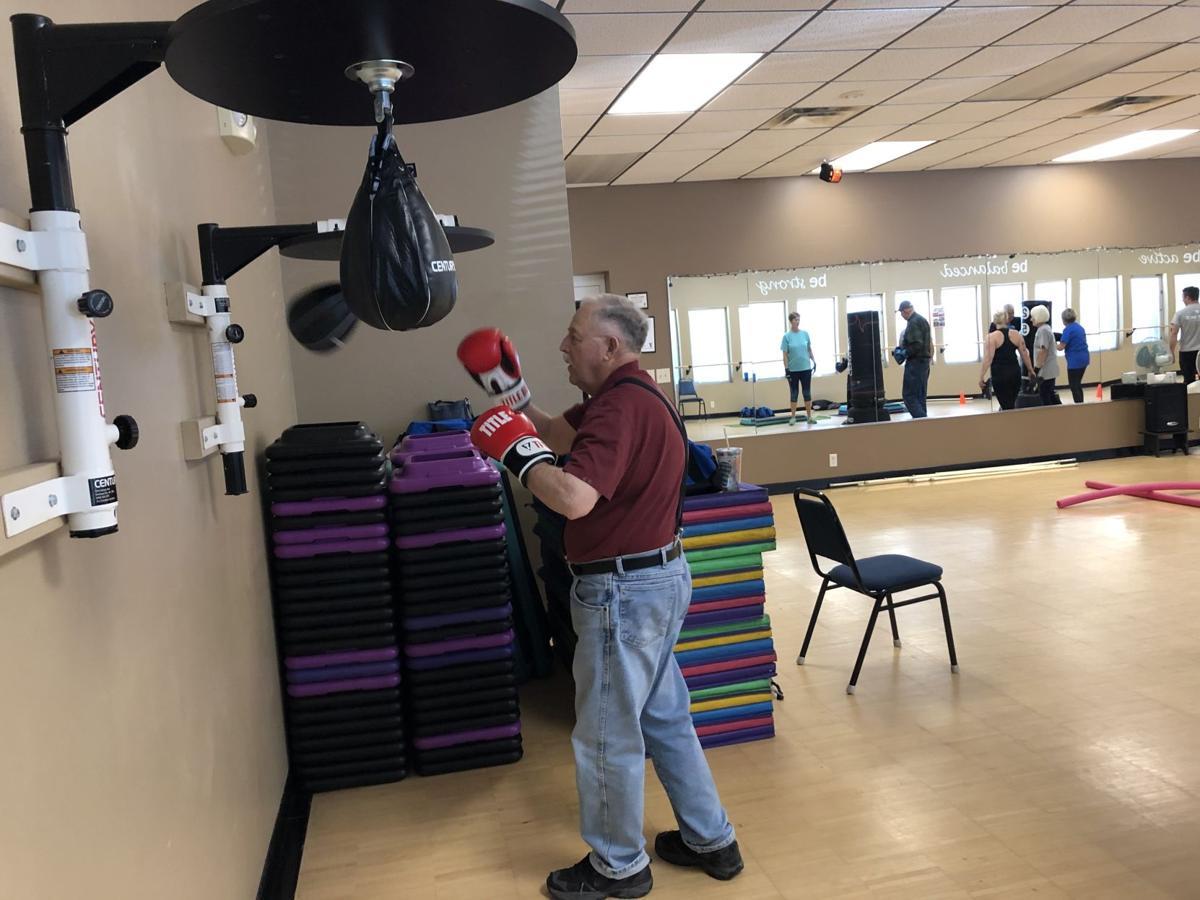 Another member engages in his boxing drill.

Another member engages in his boxing drill.

OTTUMWA — At first sight a person may not think much of adults from their 40s to late 80s engaging in non-contact boxing in a class setting. Except for them this class extends beyond fitness.

These adults are enrolled in the Rock Steady boxing program in order to help with symptoms of Parkinson’s Disease. Members engage in stretching, punching the punching bags and moderate step ups.

“This is an intensive program for those with Parkinson’s,” Rock Steady Lead Coach Danica Hoffman said. “Boxing is the sport that most impacts the physical and mental side of a person — helping with balance, hand-eye coordination and more. The boxing drills we have in the program help reverse that.”

There are between 10 and 12 members who have been with the program since it first started a year and a half ago. Hoffman said an inquiry from a person helped launch the program.

“Brian Gentz originally asked the YMCA if there was a program for people with Parkinson’s,” Hoffman said. “He was part of the reason to get the ball rolling.”

YMCA Health And Member Services Director Kathy Sisler was the main person to kick start the program after having many residents like Gentz ask if there were programs for those with Parkinson’s. “After getting so many phone calls asking about this, I knew I had to do something,” she said.

Sisler went to a Rock Steady gym out of state and sought inspiration that way. Now, members come to the program on Tuesdays and Thursdays. Many choose to come back, not only because they enjoy it, but because of the benefits it provides.

Carol Jones said her favorite aspect about the program is the cameraderie but also because of what she gets out of it.

“It’s really important for people with Parkinson’s to keep moving,” Jones said. “It’s good for everyone. I wish more people would even come and observe because it’s something that really helps.”

Steve Dallner agreed with Jones, but also gave his own reason for coming. “It’s important for me to get exercise like boxing and boxing,” he said. “I pay for it and it’s a good workout, the program has also helped me with my balance and coordination.”

Sisler said one member’s benefit might surprise people “There was a guy named Jerry who always used a regular razor before his Parkinson’s,” she said, “after he was diagnosed with Parkinson’s he has switched to an electric, but because of this program his balance improved and now he is back to shaving how he prefers.”

Hoffman has seen progress from attendees. The progress and the reactions from those in the program is what motivates her to keep teaching.

“Everyone has good and bad days,” Hoffman said. “Punching stuff is therapeutic and coming in brightens their days. They get a sense of personal accomplishment, higher functionality and increased confidence in their independence and capabilities.”

Due to what the program has already done for attendees, Sisler hopes to expand the program by offering more classes and times.

“As a trainer for 40 years, this is a program that is different,” she said. “This one has really impacted me — to see the courage they have. It’s inspirational to me to see them gain confidence. I want to continue to socially support them by even offering a support group beyond the class. I really want them to see that we are supporting them and know they are in the YMCA’s corner.”