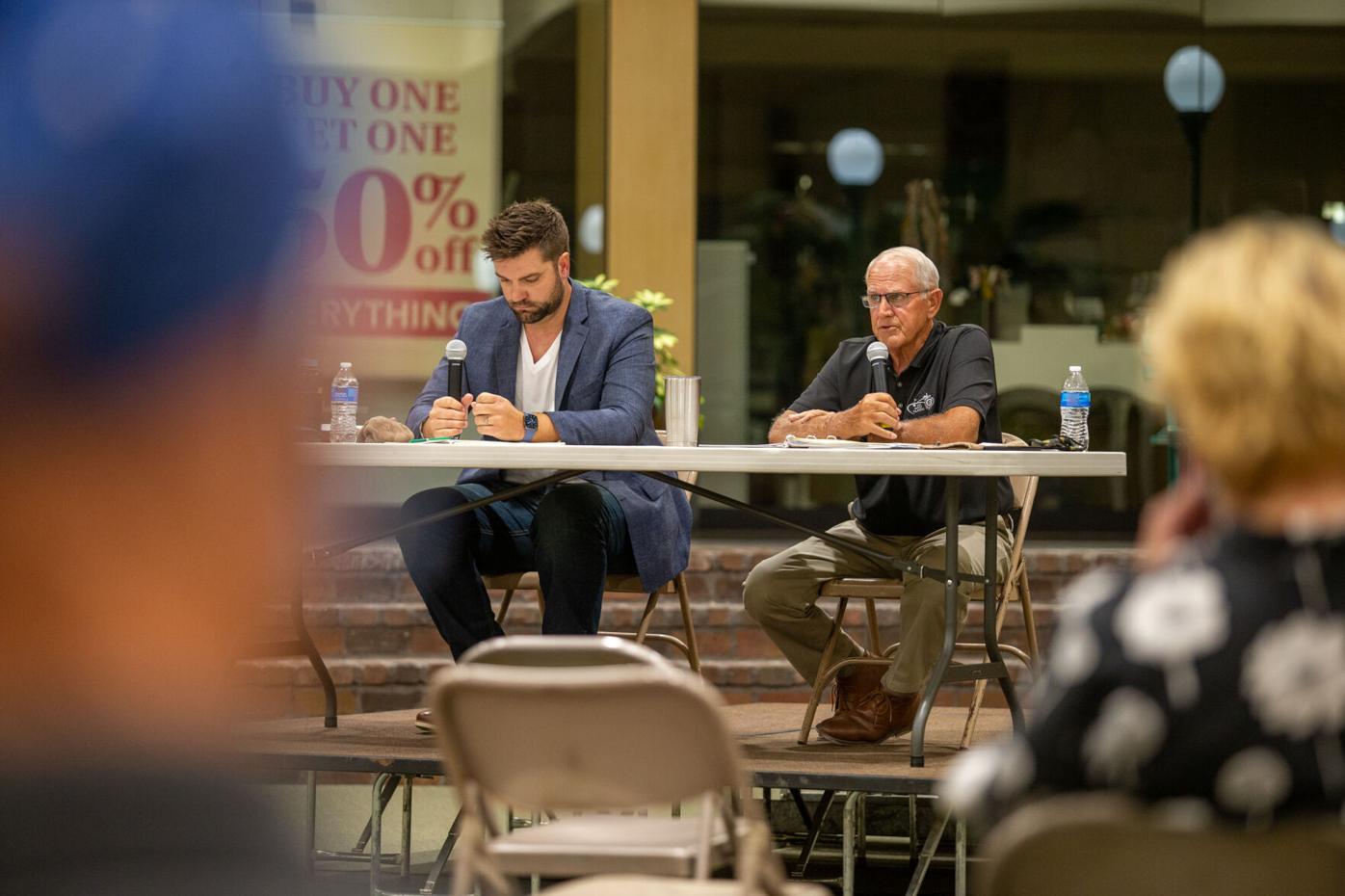 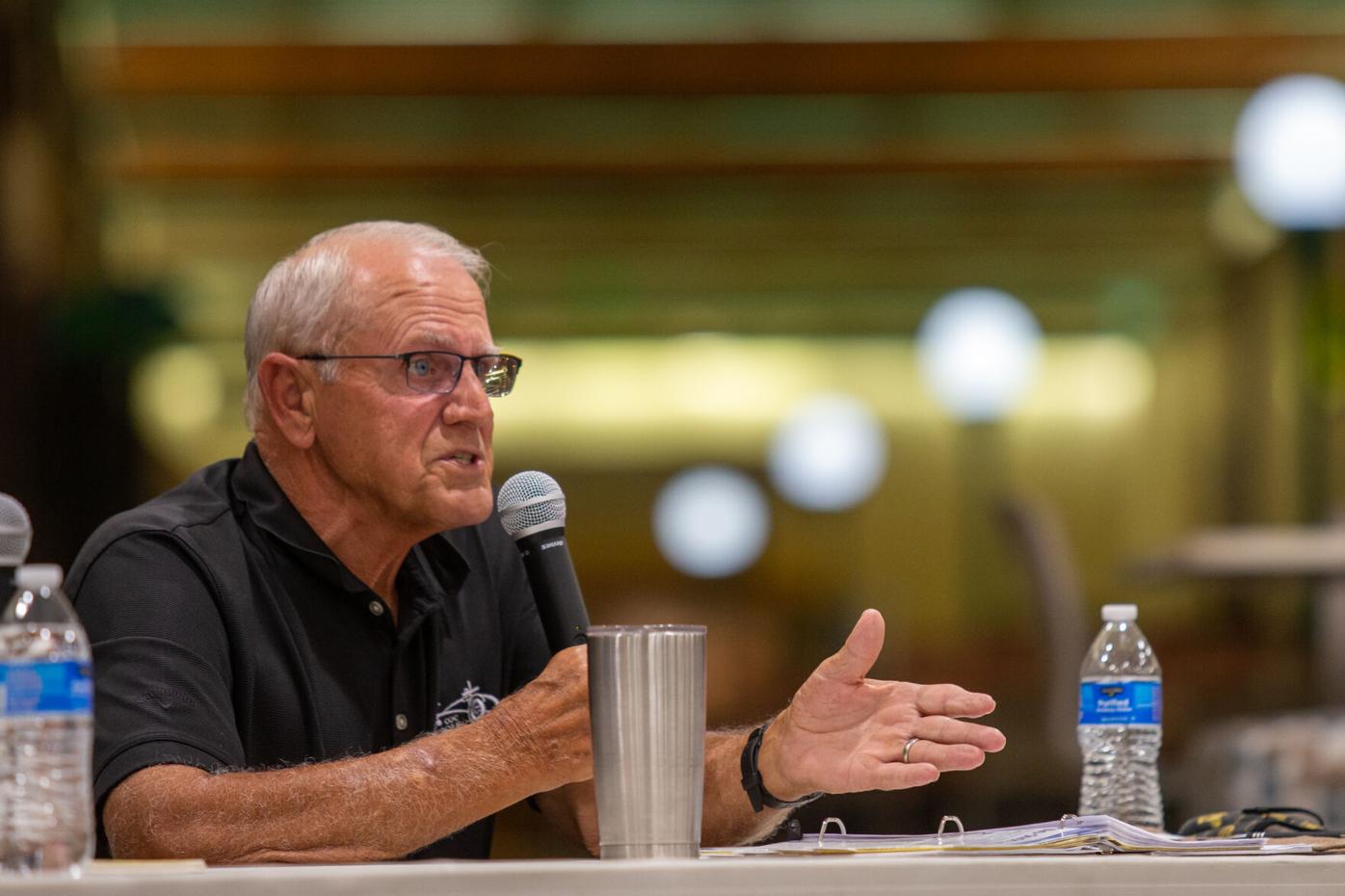 State Sen. Ken Rozenboom, running for re-election to State Senate District 40 as a Republican, responds to a question during a town hall in Oskaloosa on Thursday. 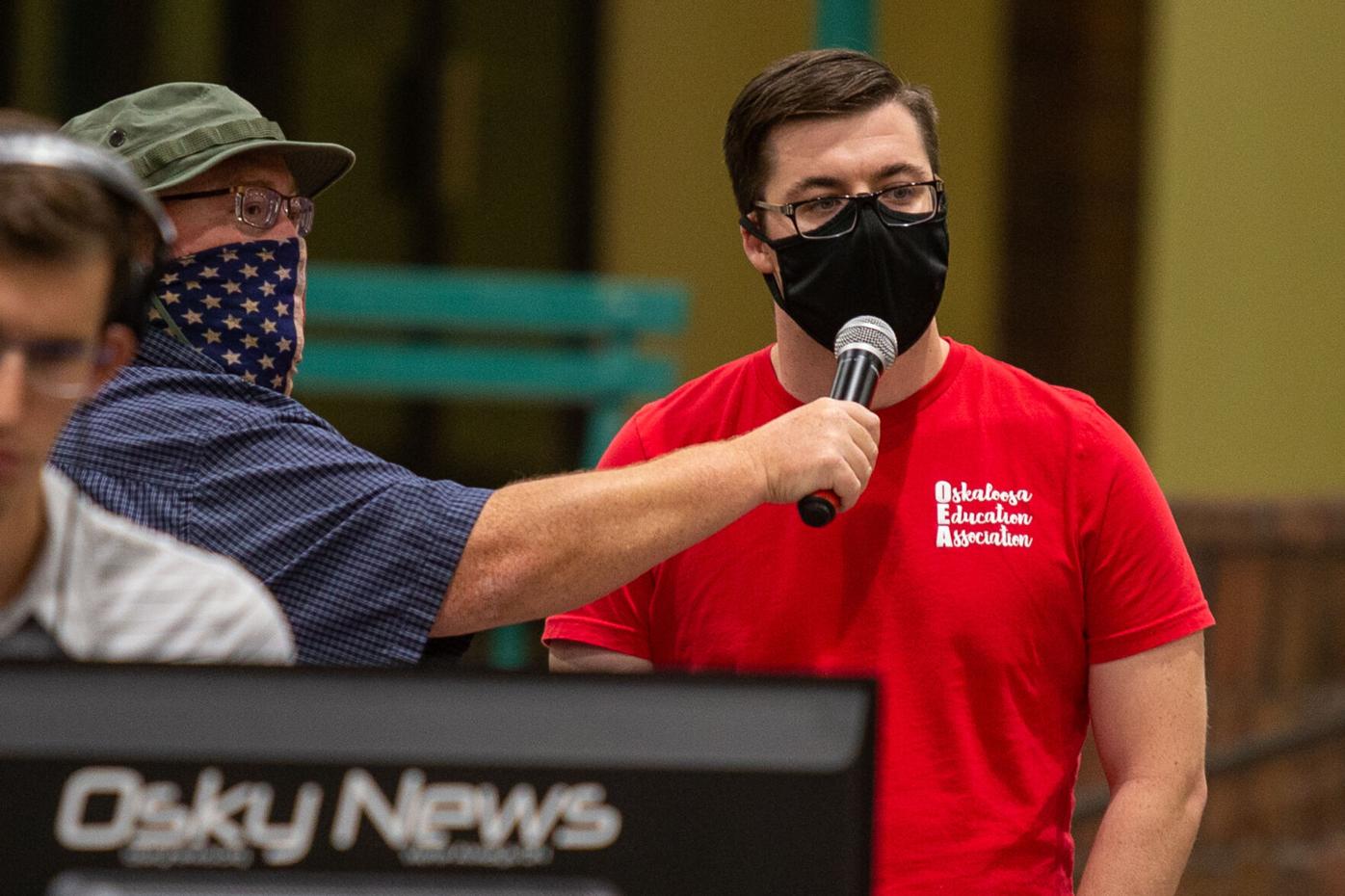 Cory Trainer, of Oskaloosa, recounts a testy conversation he said took place between he and Ken Rozenboom this summer.

State Sen. Ken Rozenboom, running for re-election to State Senate District 40 as a Republican, responds to a question during a town hall in Oskaloosa on Thursday.

Cory Trainer, of Oskaloosa, recounts a testy conversation he said took place between he and Ken Rozenboom this summer.

On Thursday, candidates answered questions from voters for more than 90 minutes. A mostly peaceful exchange of ideas featured one tense moment, when Roorda challenged Rozenboom over emails he said were sent to constituents.

The exchange began with Roorda saying when he announced his run that he had many young people reach out to say "they felt belittled, they felt like they weren't listened to and the even felt like there was name-calling."

"Are you attributing that to me — have I called people names?" Rozenboom asked.

Roorda said he didn't want to levy an attack, but Rozenboom said he was "pretty temperate" with his correspondence with constituents and he demanded Roorda substantiate the claims.

Roorda responded, "There was a person who forwarded me an email where you told them to get a life, and you told them that [they] had no business telling you what you should and should not do." He said another University of Iowa student shared an email in which Rozenboom inferred the student was cheating on their homework after the student shared pre-written political messages.

"You can't give one point and then tell people to get a life, and tell people they have no business telling you what you should or shouldn't do," Roorda said. "I think the way you treat people is the most important thing you can do in life. It's what I teach my kids."

Rozenboom emphatically denied the allegation, which Roorda said came from 10 or more emails.

"I guess I should be used to this, this year, after the animal activists came after me, and more recently a radical leftist group that filed an ethics complaint against me," Rozenboom said. "I'm getting used to dealing with garbage that I don't understand why people feeling the need to go there. I reject any and all of those statements."

The allegations didn't end there, however. A few minutes later a member of the audience, Cory Trainer, of Oskaloosa, said he experienced similar feelings after a phone conversation with Rozenboom this summer.

On the microphone, he told Rozenboom he called to ask what legislatures were doing at 2:30 a.m.

"You said that my generation is entitled and that we like things served to us on a silver platter," Trainer said. "I think it's comments like that that Lance is trying to get at. And you had asked him for examples, and I'm here giving you my example right now."

Rozenboom said he remembered the call, and that it had gotten "a bit testy" on both sides of the phone. However, he did not remember making those specific comments to Trainer.

"I remember the conversation. You called about 2:30 in the morning ... and you chewed me up one side and down the other, because we were working at 2:30 at night," Rozenboom said.

"I can't remember what all was said," Rozenboom continued. "You said things that I don't remember ... and how do I defend against that?"

Roorda raised the issue after Rozenboom (when answering a question from the audience about how each candidate fosters professional friendships across the aisle) cited a verse, Philippians 1:27, he keeps in his desk. The verse says, "Whatever happens, conduct yourselves in a manner worthy of the gospel of Christ."

"I think I've developed a reputation to be a good listener, a temperate speaker and one that fosters mutual respect," Rozenboom said.

At most public agencies, emails are a public record. However, the Iowa Legislature is exempt from the open records law, one of four states to do.

Rozenboom is running for re-election against Roorda for State Senate District 40, which includes parts of Appanoose, Mahaska, Marion, Monroe and Wapello counties. Rozenboom said Thursday if re-elected he intends to seek a leadership position in the Republican caucus.

Kyle Ocker is the group editor of the Oskaloosa Herald and the Ottumwa Courier. He can be reached at kocker@oskyherald.com. Follow him on Twitter @Kyle_Ocker.