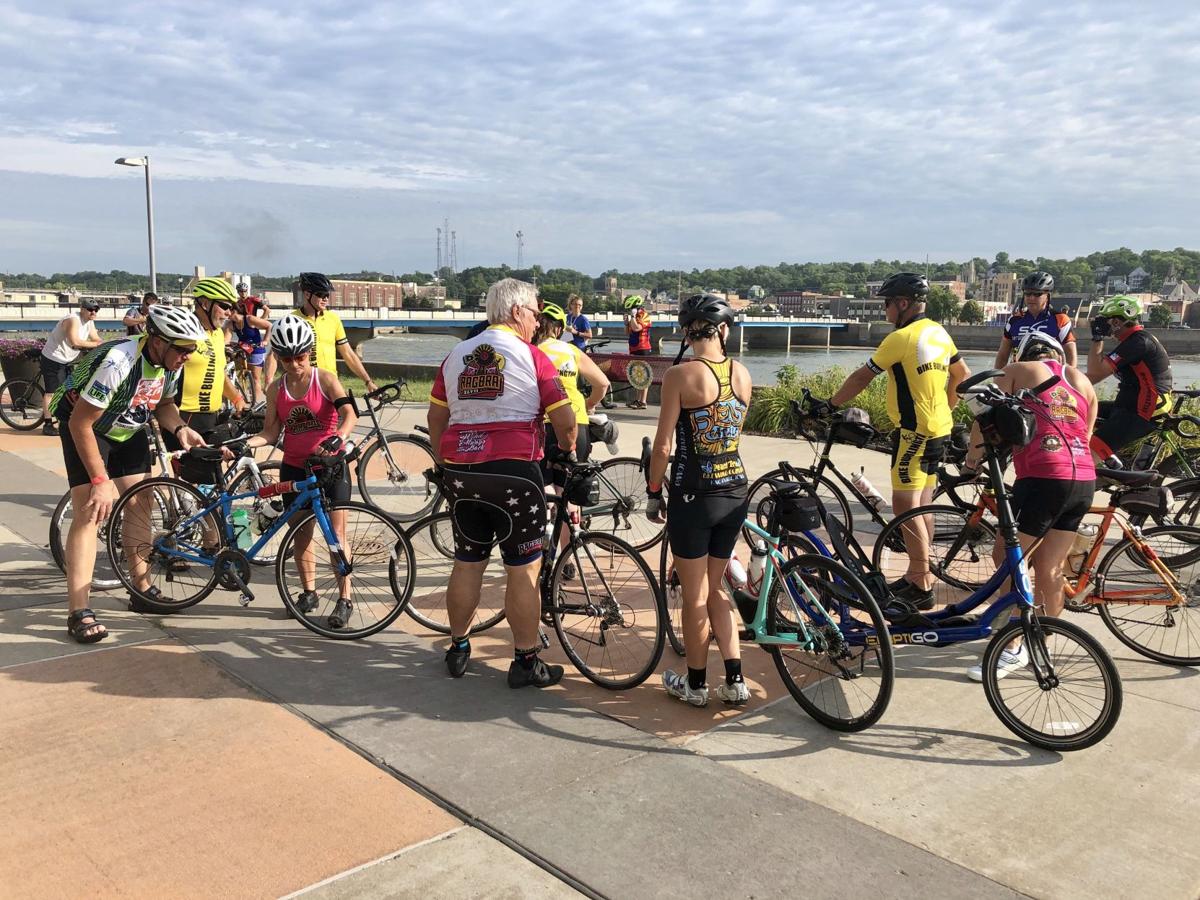 Cyclists get ready to ride. 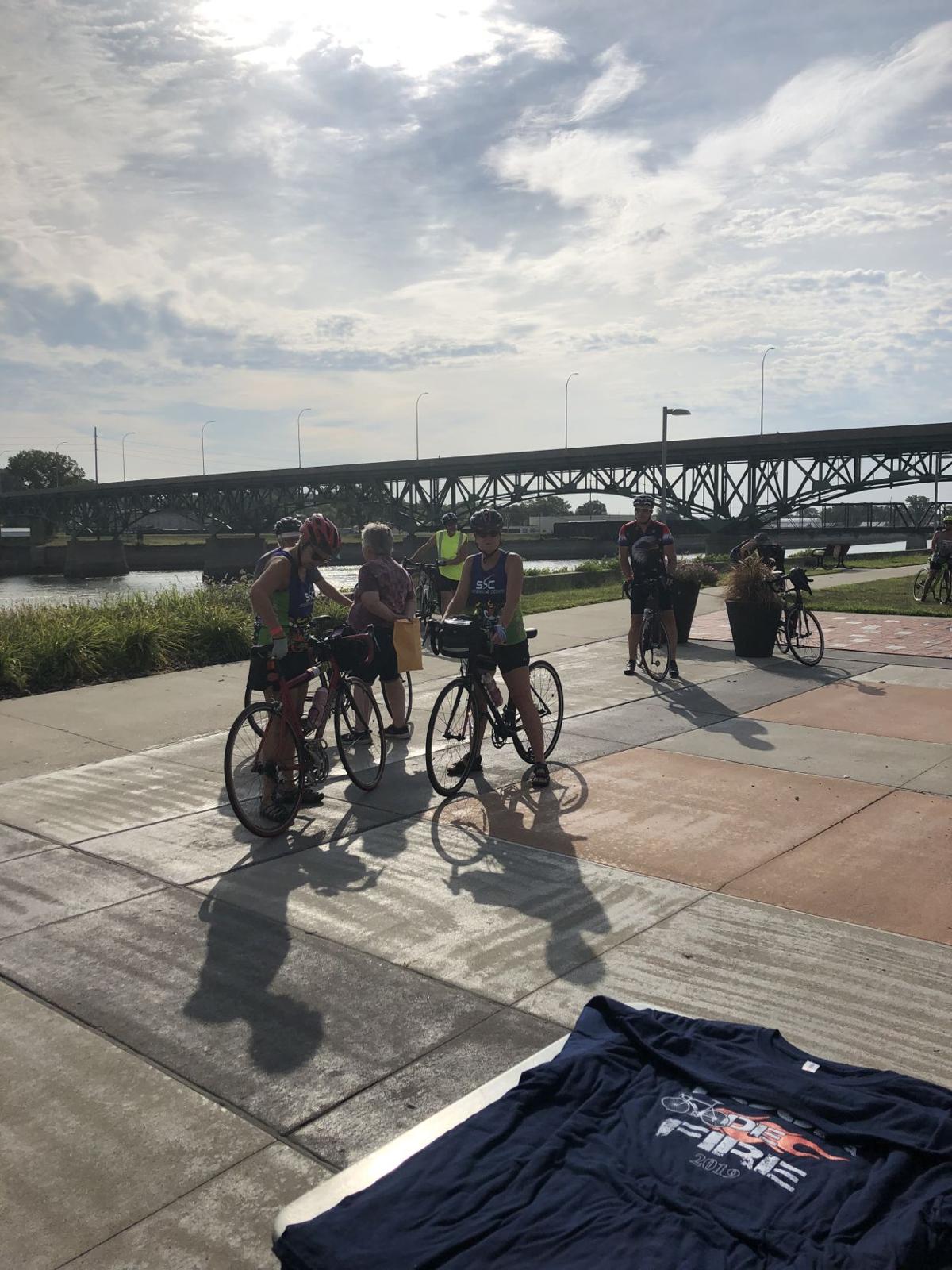 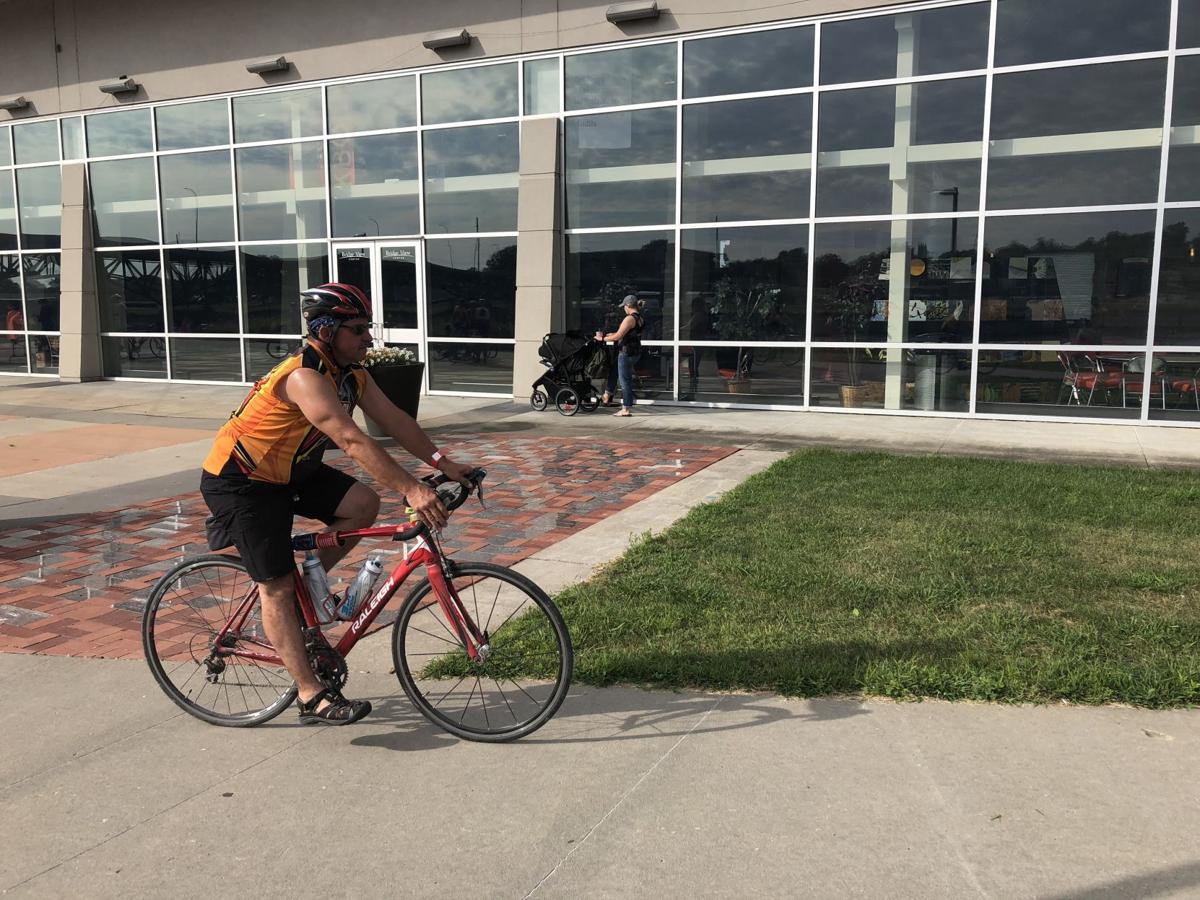 Cyclists get ready to ride.

OTTUMWA — If you saw 62 cyclists passing by Bridge View Center on Saturday morning, you probably wondered if they were RAGBRAI riders or practicing for the Tour de France.

It was neither. Instead they represented a ride unique to southeast Iowa: the Tour de Fire.

Cyclists had the option of riding the 32 mile ride, which was considered the short tour or riding the 67 mile long route. Most riders came from Iowa, with a few from Illinois. They had the same purpose: to get their fitness on, have fun and support fire departments.

Cyclist Dan Mccoy has been riding for 25 years. McCoy participated in bike tours across America as well as RAGBRAI. He participated last year and was ready to cycle for 67 miles. “I participated again because I wanted to support the local fire department,” McCoy said. “It’s a great community event and everyone can ride at their own pace.”

Robert Vaugh was also a second year participant who rode to support the department and engage in fellowship. “I love getting together and seeing the departments come together to ride,” Vaugh said, “I just love riding.”

As cyclists stretched and prepared themselves, organizer Derek Fye was ready to answer any questions cyclists had about the tour. Despite his responsibilities, there was not a moment he didn’t have a smile on his face.

Fye’s months of bike tour preparation paid off as there was an increase in riders. He said last year 50 cyclists rode and this year 62 cyclists rode.

Cyclists were not the only ones who engaged in the tour. Volunteers and Fye's fellow firefighter and friend Justin Clark helped him by assisting with food, entertainment and anything else Fye needed help with.

“Derek set everything up, but I helped with whatever he needed help with,” Clark said. “I’m the right hand guy. I filled in where I could.”

Although Clark could not ride due to a broken arm, he still wanted to be part of the tour to also support his fellow firefighters and advocate for physical fitness.

“It’s a good cause it gets all the fire departments’ names out there so people recognize them and know them,” Clark said, “There’s a number of different avenues someone could go and get their exercise. That’s the best thing. For the most part it’s about physical fitness. For the most part, Derek and I are big proponents of physical fitness. Everything we try to do is be champions for the push. It’s to get people active and help out fire departments. It’s money the fire departments can use for different purposes.”

While Clark was pleased 62 participants rode, he hoped riders of all different abilities register next year, especially since participation in the tour is not just for area residents.

“We’re trying to get as many people as we can,” Clark said, “On top of that, cycling is what anyone can do. 80 year old grandpas ride bikes. It’s great to go out and ride and see your community. You get to see some beautiful scenery and it’s a great cause. “We have sheriffs and nurses who ride. It’s a big network of a variety of people.”

After the tour ended, participants got to enjoy pie, lunch, games and an after party.

“I hope everyone enjoyed themselves,” Fye said, “It was a beautiful day and it wasn’t as hot.”

Fye didn’t just enjoy riding and fellowship with other riders. He enjoyed everyone coming together as well. “It’s a fun event where people all over Iowa can come and ride and see the first responders and see their fire stations and have a fun time. Thanks to everyone who donated. If you missed it, hopefully we’ll see everyone next year.”

— Chiara Romero can be reached at cromero@ottumwacourier.com.