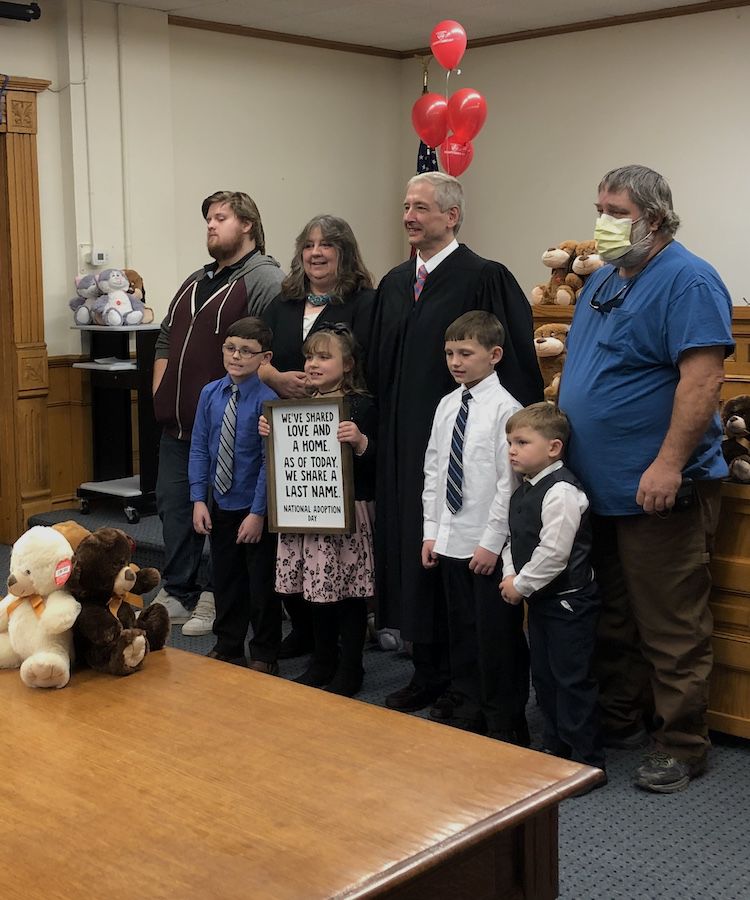 Associate Juvenile Judge Bill Owens poses with an adoptive family. The 16 children who were formally adopted got a chance to pick out stuffed animals afterward. 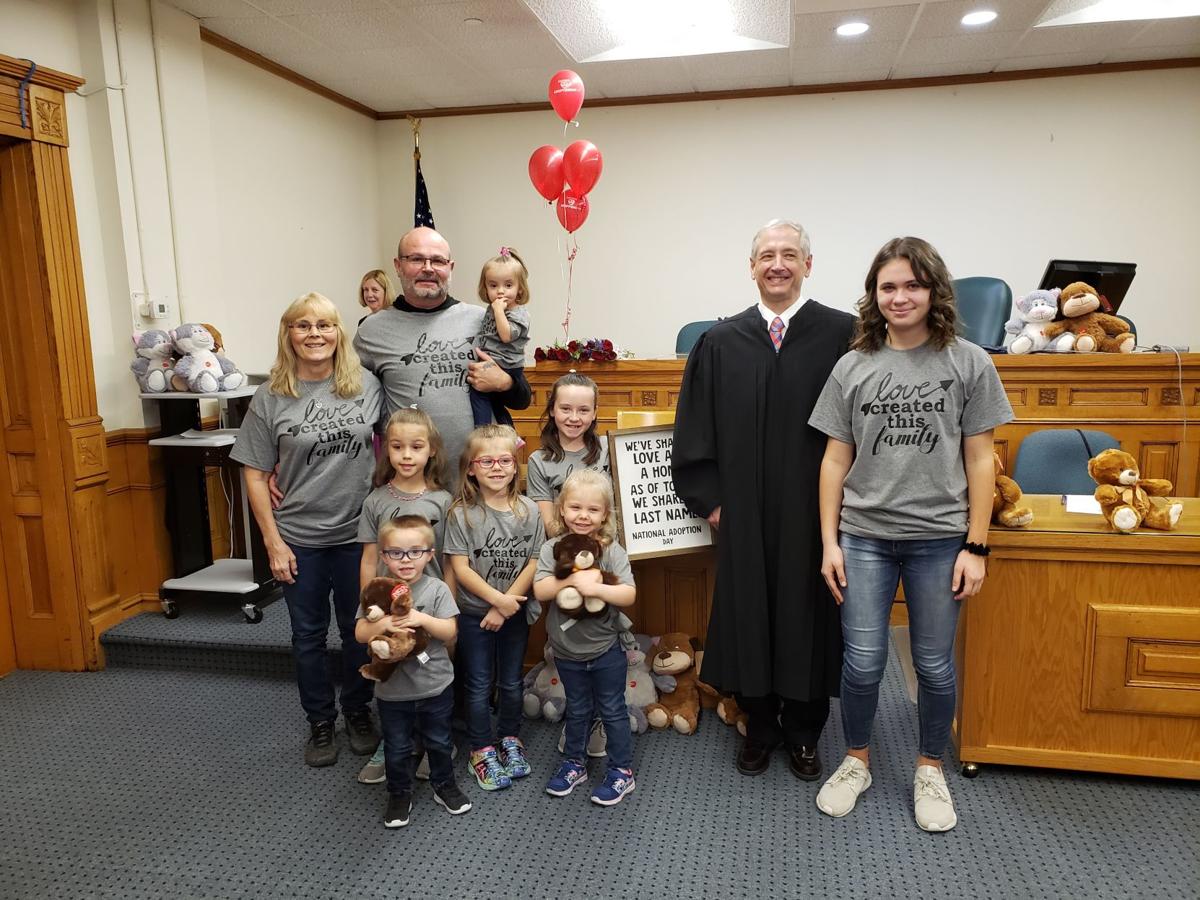 The Gossen family were elated to officially extend their family on National Adoption Day (Saturday at the Wapello County Courthouse.) Here they pose with Associate Juvenile Judge Bill Owens.

Associate Juvenile Judge Bill Owens poses with an adoptive family. The 16 children who were formally adopted got a chance to pick out stuffed animals afterward.

The Gossen family were elated to officially extend their family on National Adoption Day (Saturday at the Wapello County Courthouse.) Here they pose with Associate Juvenile Judge Bill Owens.

OTTUMWA — Smiles, tears, joy and excitement were all wrapped up in one as adoptions created new families Saturday at the Wapello County Courthouse.

Associate Juvenile Judge Bill Owens said 16 children were formally adopted, which is the most for Wapello County on National Adoption Day.

James Jensen was over the moon when 7-year-old LJ officially became his son. He got up before dawn and left at 7 a.m. from Newton to get to the courthouse on time. Was it worth the drive?

“It’s great to finally to say he’s ours,” Jensen said. “He’s been in foster care six or seven times and it finally got to the point where we can actually adopt him. It’s exciting to be able to break that cycle for him, giving him a chance to have a normal childhood. He’s doing really well.”

“We got into foster care to see sibling groups together,” Jody Gossen said. “We didn’t have such a good childhood; we wanted to make it better for other kids. We had seven kids at home, six of them left and grew up on their home.”

“It’s a very unique experience that we’re having,” Matthew Gossen said. “There’s others out there who see the need for helping children.”

Matthew Gossen clung to Madalyn and in turn Madalyn kept hugging a brown teddy bear she was able to pick out. It was more than a good day for the Gossens as they said they were ready for this next chapter.

“I’m excited to see what he [Eli] gets involved with,” she said.

Adoption was personal to Jim Travis. He was adopted. Travis looked into his wife’s eyes, expressing his gratitude for the national adoption day. “We love our life,” he said with a smile. “It’s always an adventure, from going to sports events to school events. You can never have too many to love.”

“There’s so many kids in need,” Travis added, “being able to see the other adoptions and seeing the right kids come with the right families.”

Powell herself was in the foster care system with no luck in staying with her adoptive family. Instead of resenting what happened, she said she’s been advocating for children so that they can secure the right family.

“It is my responsibility to ensure that their voice is being heard in the courtroom every step of the way,” Powell said. “Every child, of any age, deserves a permanent and loving family. Every child deserves to be happy.”

“Kids in foster care go through a lot, “she added. “A lot of trauma, inconsistencies, loss and dysfunction. The best way to ensure that a child can become successful is through a solid support system of caring adults. A family.”

Powell said adoption worker Cortney Curry played a huge role in facilitating the adoptions. “[She] deserves appreciation for not only what she does, but how she does it,” she said. “She is relentless, assertive and she gets things done. She excels at ensuring all children are getting the outcomes they deserve and that shows here at National Adoption Day.”

“It’s a huge thing,” she said with a smile. “One of the best parts of the entire job is when children find their forever family and you get to watch them be adopted. It almost brings tears to my eyes. It’s very exciting to see the light in the kids’ eyes. I never dreamed I’d see so many people here today; this is huge.”

“Today is beautiful, because it’s giving children a solid support system and empowering a child to reach their potential.”

— Chiara Romero can be reached at cromero@ottumwacourier.com.