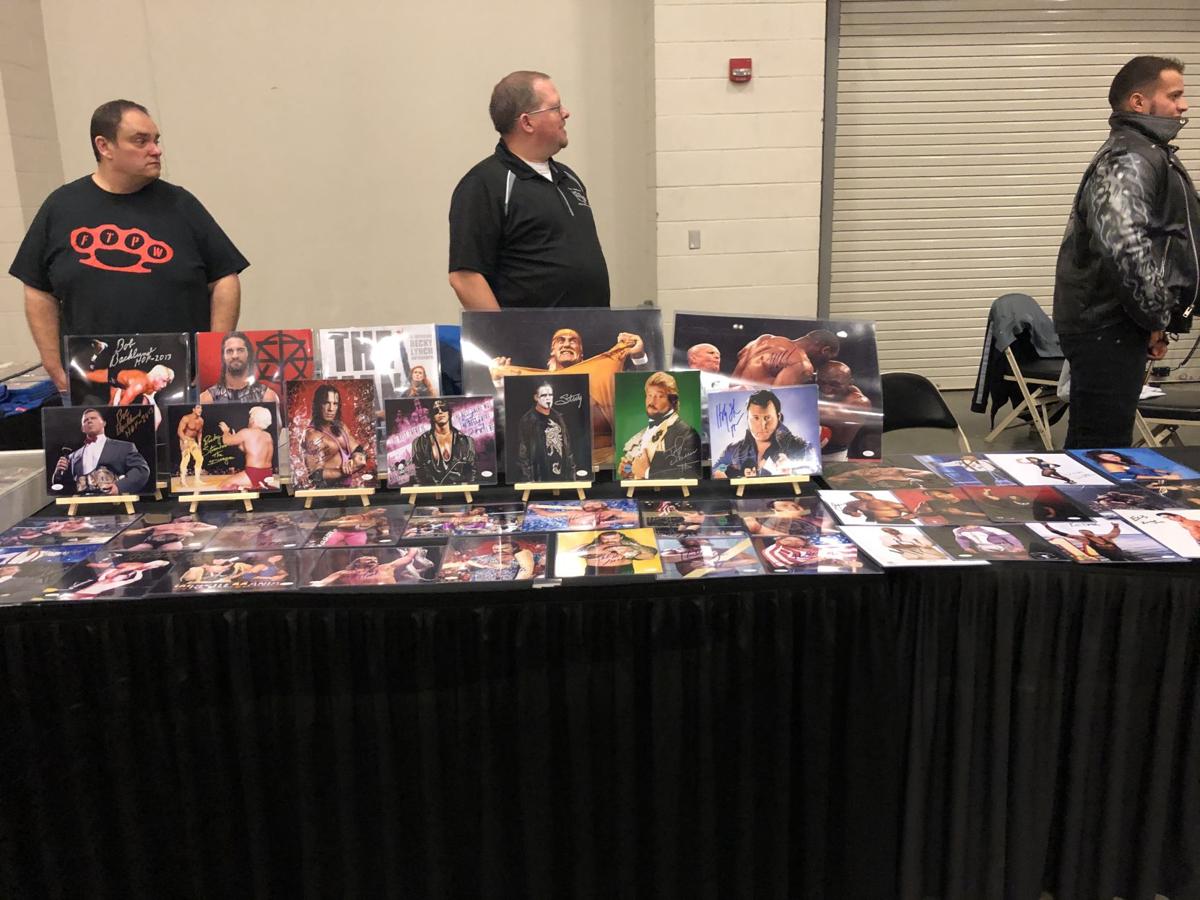 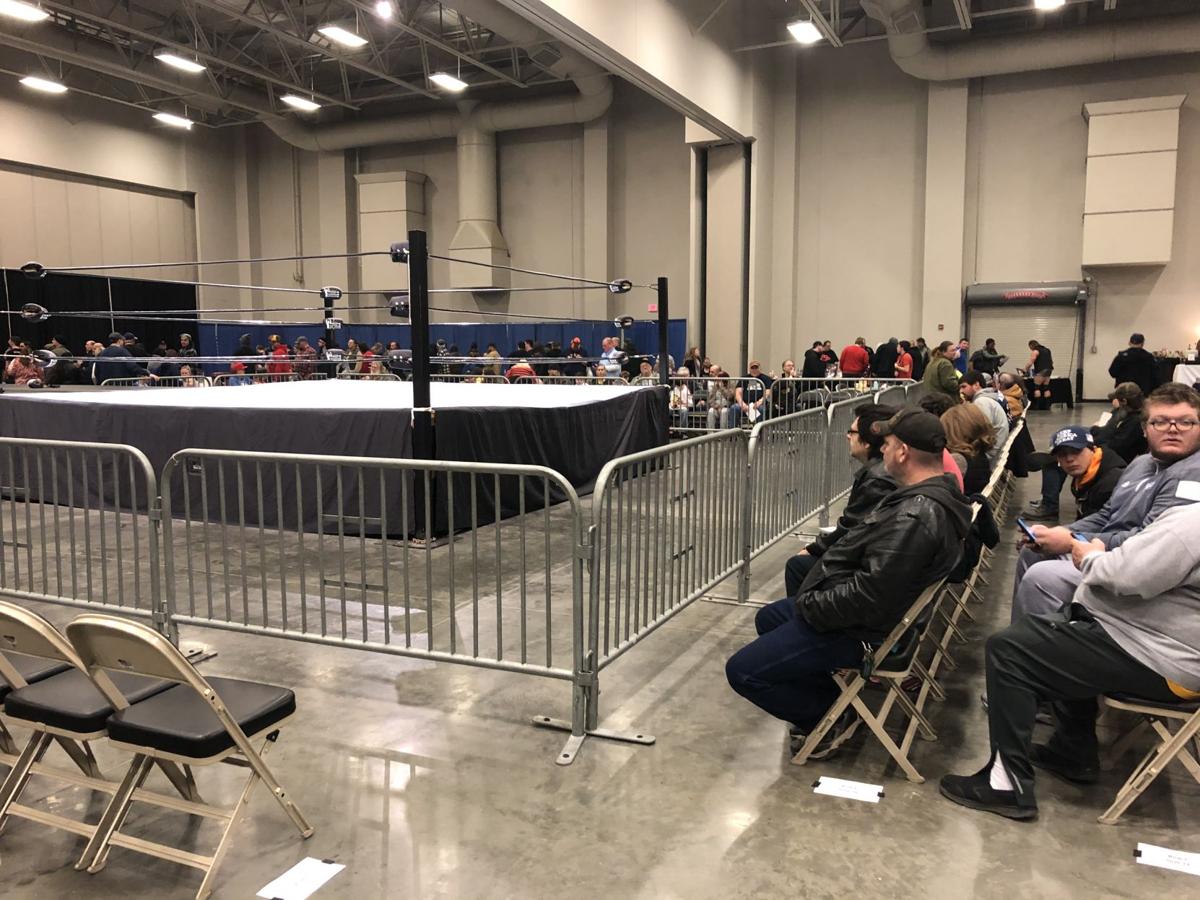 At 5 p.m., the line extended out the doorways. People were eager to meet their wrestling idols and see the show. John Dirksen has been taking his son Joseph to see wrestling shows since he was a baby. Dirksen said his son, Joseph, was a bigger wrestling fanatic than him, with nearly 1,000 wrestling cards. His favorite wrestler is Hulk Hogan, but he came to see Jerry “The King” Lawler “crush some butt” and get an autograph from him.

John used to be a security guard for Hogan and Joseph fell in love with his wrestling prowess. He also has fond memories of Lawler.

“I used to watch them both on TV,” Joseph Dirksen said. “When it comes down to it, I love the entertainment and the dedication they put in.”

John chimed in. “They do it for the kids, too,” he said. “They are a part of Make a Wish and all the fundraisers they do. They do fundraisers for the troops with Iraq and everything.”

Amy Hubbell has been coming to the fan fest and show for the last five years. Coming back Saturday night was a chance to see her favorite wrestler, Tony Storm.

“I got all the shirts and merchandise around my house,” Hubbell said laughing. “He’s got a good personality when he comes out and just has this heart of gold. He puts on a good show.”

For Hubbell, seeing the show was icing on the cake. She said she planned to lose her voice that night from screaming for Storm.

The enthusiasm from wrestling fans is what keeps Brad and Lauren Haifley working for Central Empire Wrestling, which put on Saturday’s show. Brad helps with security and makes sure things run smoothly for every show.

Brad and Lauren, like most wrestling fanatics, grew up watching wrestling. “The hype of it is what draws crowds,” she said. “They watch it and they get into it. It’s the entertainment.”

Lauren said she loves helping to organize the event and advertise for the different shows.

Brad agreed. “Everybody’s big dream is to be a big star, and this is where I’m a big star,” he said. Like other wrestling fans at Saturday’s show, Brad loves Jerry Lawyer and Tony Storm.

“It’s very reminiscent of ‘90s wrestling,” he said, “what was called the ‘attitude era.’ It was very anti-establishment, a lot more hardcore. There’s a lot more rule breaking per se, than what is in traditional wrestling. It gives a good feeling.”

Heather Wood, a retired independent wrestler, said Saturday’s event allowed her to reminisce about her time in the ring. Saturday was about “supporting her brothers and sisters” who wrestle.

Wood competed in a time were there were no female wrestlers. “I was wrestling the men,” she said. “You gotta be tough. I was trained like one of the guys.”

She got into wrestling because she grew up watching World Wrestling Entertainment (WWE). From there it was her dream to become a professional wrestler. In high school she said she trained at a wrestling school to condition herself for the professional level. She had a wrestling career for five years and stepped down after a serious injury.

Now she goes around helping out at different shows and supporting other wrestlers. She never gets tired of the competitive nature.