OTTUMWA — The plea agreement reached by Tiffany McNeal will include 30 years behind bars on charges related to a shootout in August 2018 and a prior case. But McNeal will not immediately go to prison.

McNeal is not charged with firing at officers but with burglary and willful injury in an earlier incident that day. Three men leaving the scene of that incident were spotted and engaged in a shootout with police later in the afternoon. 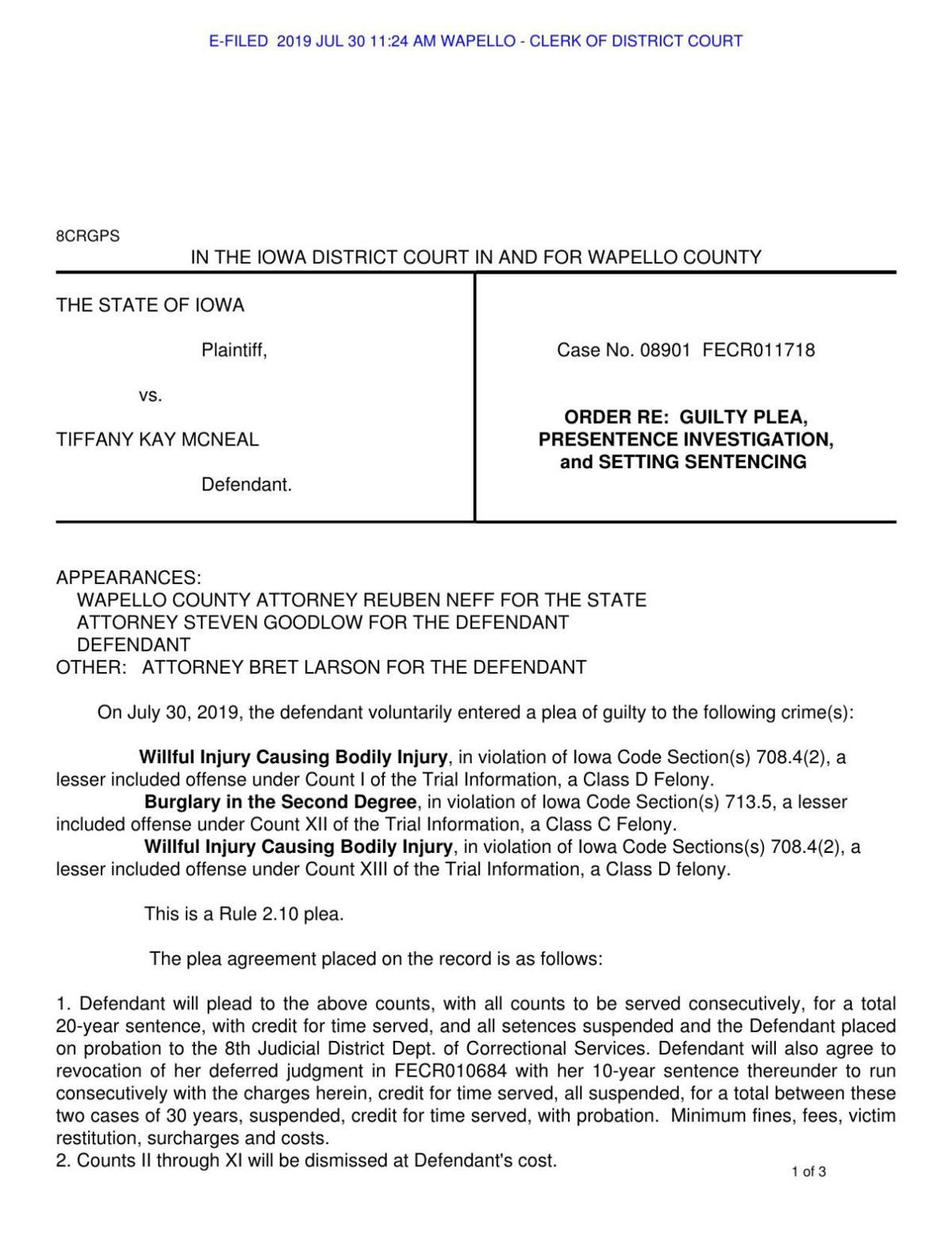 The agreement also includes revocation of a prior deferred judgement. The 10-year sentence in that case will also run consecutively “for a total between these two cases of 30 years, suspended, credit for time served, with probation.”

The shootout with police killed one person. The two remaining defendants, Michael Bibby and Dalton Cook, are awaiting trial. Their trials are expected to take six days and are currently scheduled to begin Jan. 14, 2020.

— Matt Milner can be reached at mmilner@ottumwacourier.com and followed on Twitter @mwmilner