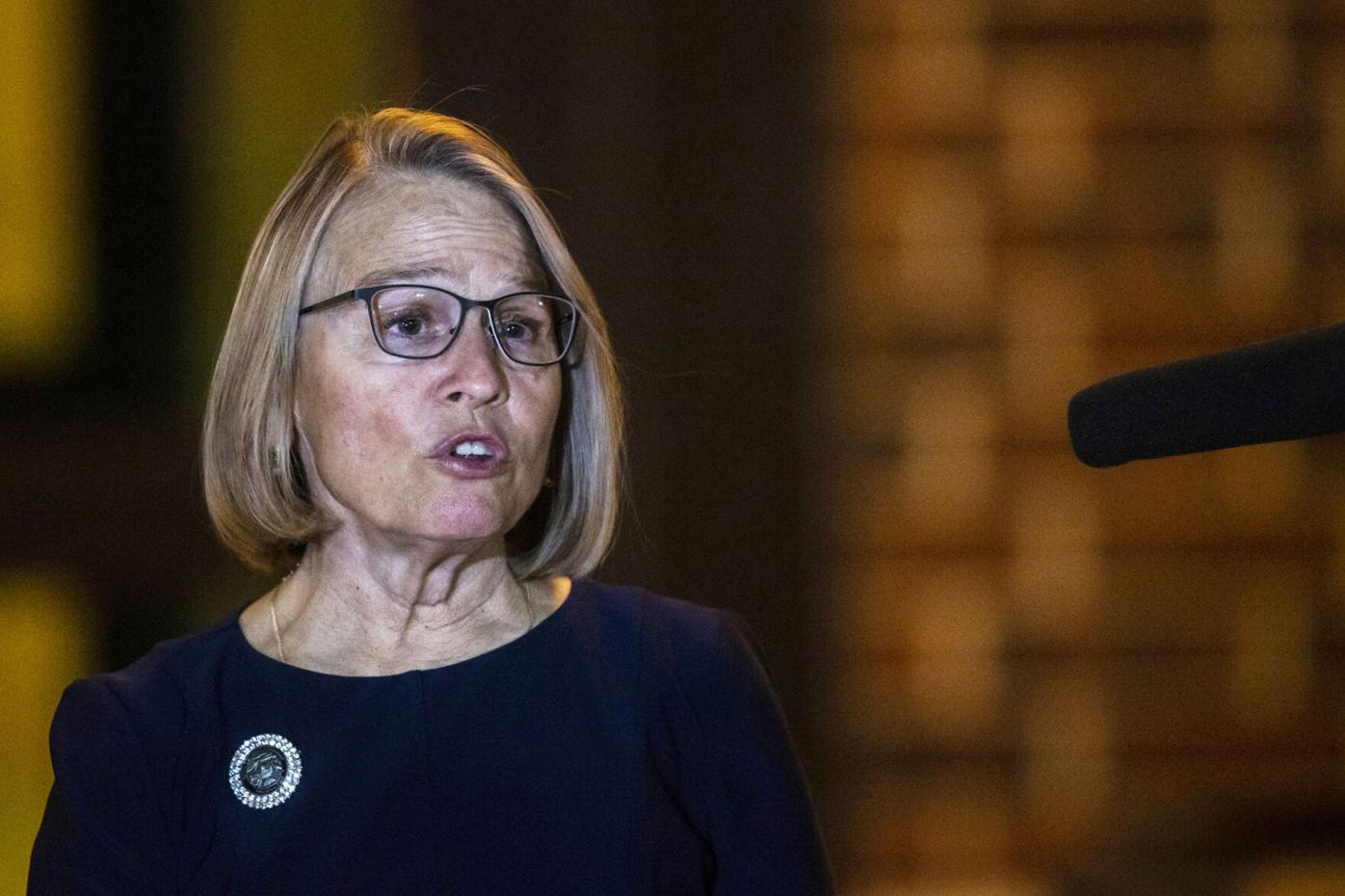 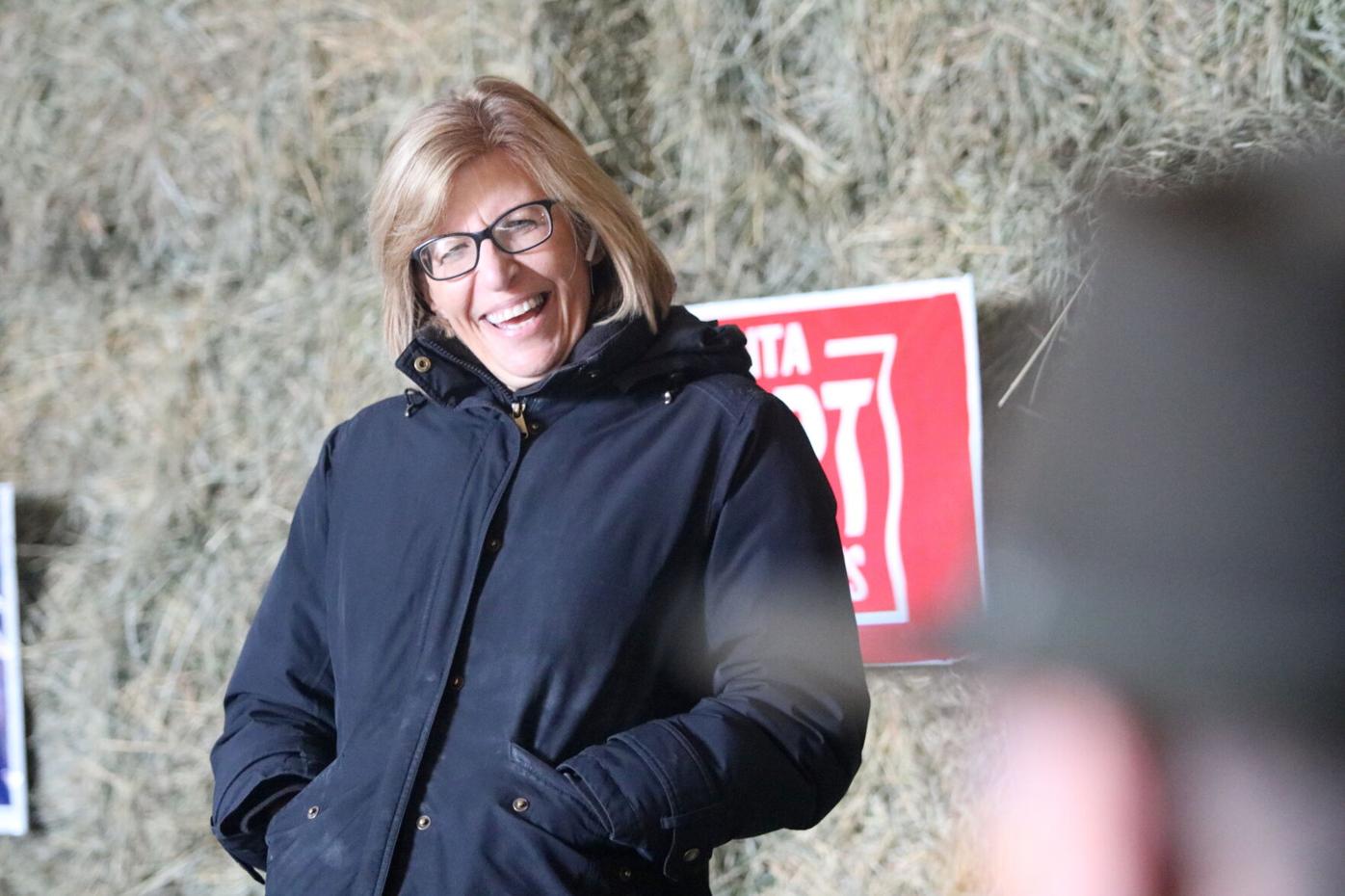 OTTUMWA — The drama continued in what is believed to be one of the closest races for a congressional district in the entire country.

An error discovered by Lucas County Auditor Julie Masters uncovered that the vote tally in her county was not correct for the Russell precinct. It was the second time an error had impacted the race for Iowa's second congressional district, which represents 24 counties in southeastern Iowa.

Fixing the mistake led to Republican Marianette Miller-Meeks taking the lead again over Democrat Rita Hart. They are squaring off for rights to Iowa's second district seat in the U.S. House being vacated by seven-term Congressman Dave Loebsack, a Democrat who is retiring after this term.

The race remains too close to call and seems certain to be headed for a recount in all or most of the 24 counties that make up the district.

The margin was less than 300 votes after votes were first tabulated on Election Night, with Miller-Meeks leading and claiming victory. After an error was discovered in Jasper County, the tally was corrected and Hart pulled ahead by 163 votes.

Now, after the error in Lucas County was corrected, the lead has swung back into Miller-Meeks' favor, but by just 47 votes in a race that saw 394,383 cast.

The Associated Press has deemed the race too close to call, and it may be weeks before a winner is known.

Miller-Meeks claimed victory for a second time on Tuesday, saying, "The election is over, and it is time to move forward together and focus on the priorities that will best serve Iowans."

The Hart campaign responded within a half hour and said Miller-Meeks claiming victory was undermining election integrity. They expressed confidence Hart will be the next congresswoman for Iowa's second district by the end of the process.

"The vote totals in this race continue to fluctuate, and both Iowa officials and independent news organizations have made it clear that the race is too close to call," a statement from Hart campaign manager Zach Meunier said.

Iowa Secretary of State Paul Pate has ordered an audit and recount in Lucas County, similar to what occurred over the weekend in Jasper County. Both mistakes were "human errors" and not machine errors, Pate said.

Hart's campaign released a statement calling for all county auditors to make sure results "are absolutely correct." The statement, attributed to campaign manager Zach Meunier, said it was "outrageous" for Lucas County to discover their error late and still move to certify their results Tuesday morning.

"It is outrageous that Lucas [County] would identify a race-defining change in the middle of the night before the county canvass, six days after the election, then rush to certify results just hours later before accuracy has been ensured," the statement said. "Given the mistakes we've seen so far, the counties should not adopt results until they have taken the time needed to make sure they are absolutely correct. Anything less will perpetuate doubt around this election."

Pate said the county's certified totals would be amended if the recounts change them.

His spokesman, Kevin Hall, said the county was required to complete the official canvass by the end of the day Tuesday and “never once talked to anyone in our office about delaying it.” Miller-Meeks' campaign has not yet responded.

The county-wide recount in Lucas County will take place on Thursday. The Russell precinct, which was the one left out of unofficial vote totals on election night, will also be audited.

"These human errors are unfortunate and frustrating, but the system is working," Pate said. "We have voter ID, paper ballots, post-election audits and a paper trail to protect the sanctity of the vote."

Masters said the issue in the precinct that includes Russell, a town of 500, was that test results in the software used for reading machine cartridges were reported instead of the actual results. Correcting the mistake added 217 votes for Miller-Meeks and 54 for Hart.

“The machine did not lead us down the wrong path,” she said at a news conference in Chariton. “Through human error, we didn’t get all the results reported correctly.”

The race can impact the larger picture for the U.S. House, as Democrats expect to see their majority shrink as Republicans have already flipped eight seats.

There are 19 races around the nation not yet called by the Associated Press, including Iowa's second congressional district. As of Tuesday evening, Democrats have won 215 seats while Republicans have won 201. Democrats will likely keep their U.S. House majority, but it will shrink.

Hart, who currently resides in Clinton County, is a former state senator and 2018 candidate for lieutenant governor. She did not concede to Miller-Meeks, a state senator from Ottumwa who expressed confidence her lead would stand.

Either candidate can ask for a recount through Friday for any or all of the district’s counties. That process would be done at the state’s expense given the razor-thin margin of votes separating the two.

The Associated Press contributed to this story.