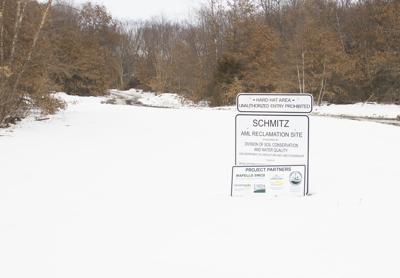 KIRKVILLE — The view out the back window for Mary Ellen Schmitz looks terrible. It’s covered in deep, sucking mud that clings to everything. And Schmitz couldn’t be happier about it.

The 55-acre site was once a mine, part of a thriving coal industry in southeast Iowa. The coal lay just below the surface in most places, including the Schmitz land. So miners scraped off the topsoil and dug into the seams.

Up until the late 1970s there was no requirement for mining companies to clean up their mess, though, and most didn’t. Over time, rain and streams that came in contact with the coal and debris leached the sulfur, turning the water acidic. The former mines became harsh places where only the toughest plants could even have a chance.

But when she sees a mess, Schmitz also sees hope. This mine is being reclaimed.

“It’s going super fast. This project is moving so quickly it’s almost mind-blowing. They’re going to be done out here in the next couple weeks.”

David Suchan of the Iowa Department of Agriculture and Land Stewardship is deeply involved in the project. It’s not the biggest mine reclamation — that belongs to a site near Bussey that was about 99 acres — but this is a big one.

Mine reclamation is driven by priorities. Priority 1 sites are the worst, putting people and animals at risk and near roads or houses. They are in need of immediate help. Priority 2 sites have needs, but they’re less pressing. The lowest tier, Priority 3, can be monitored.

The Schmitz site is Priority 1. 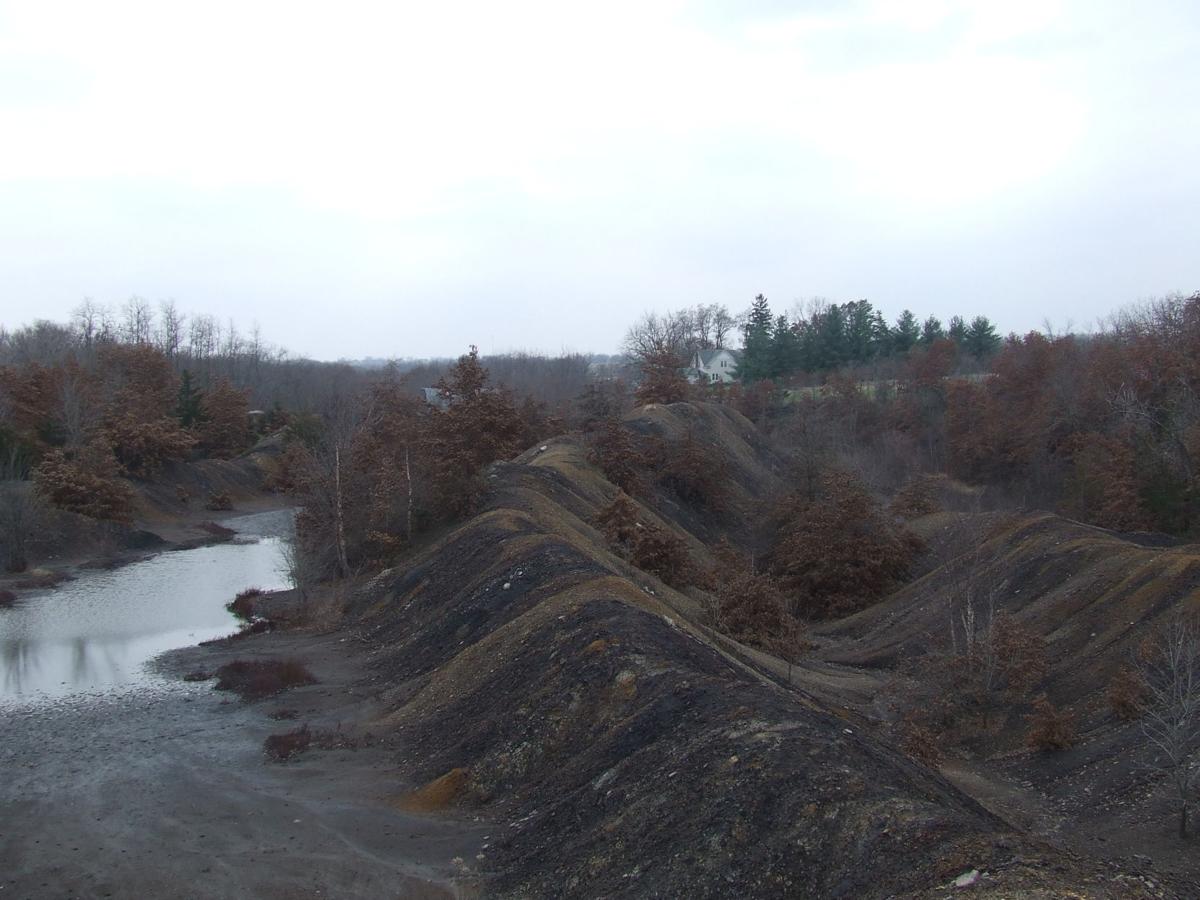 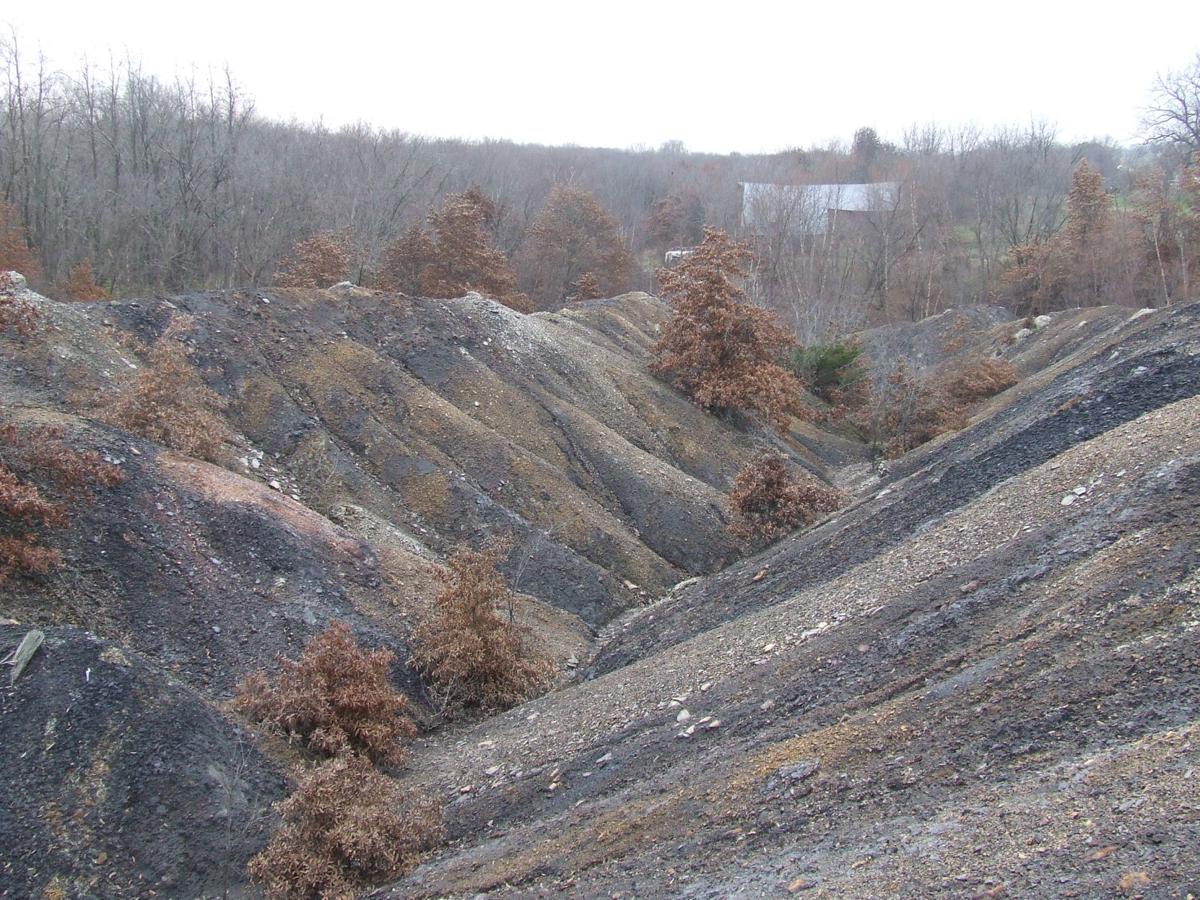 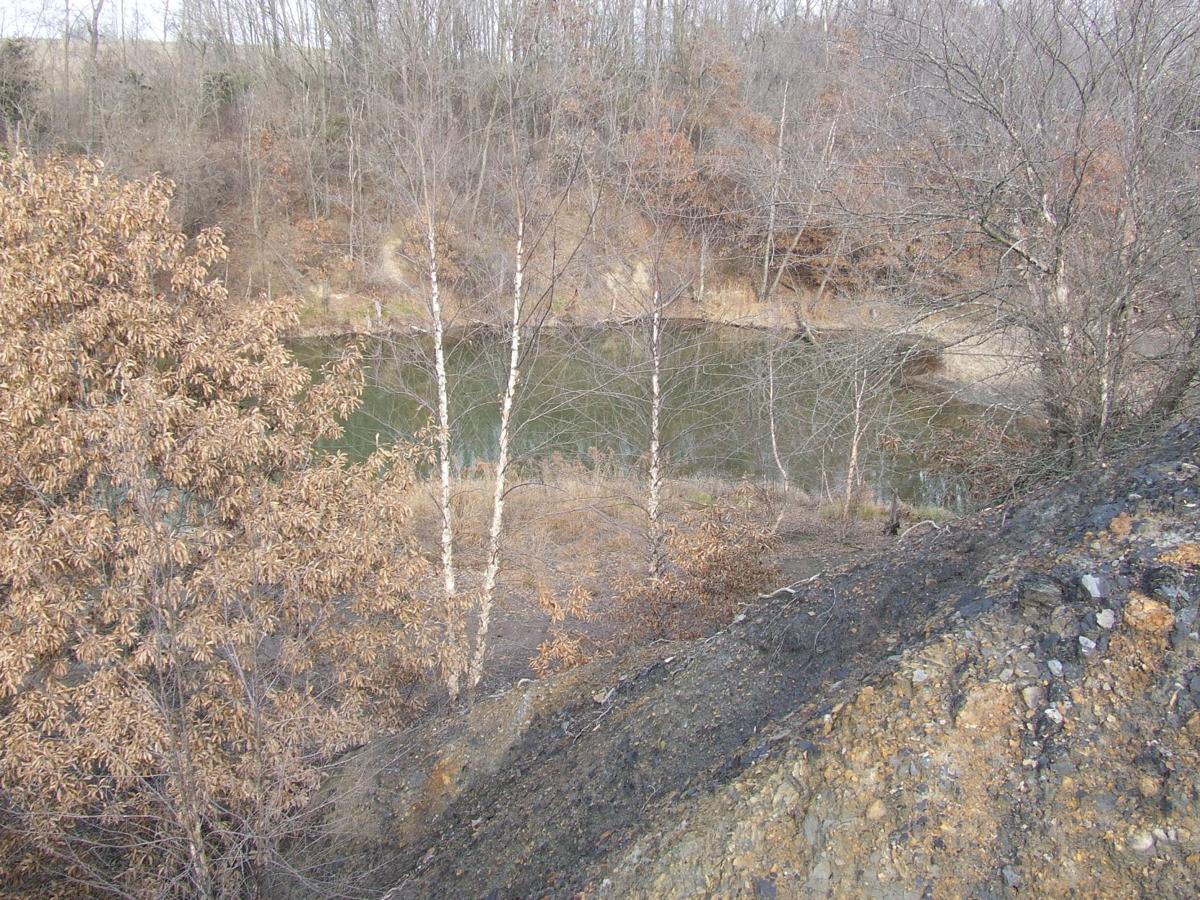 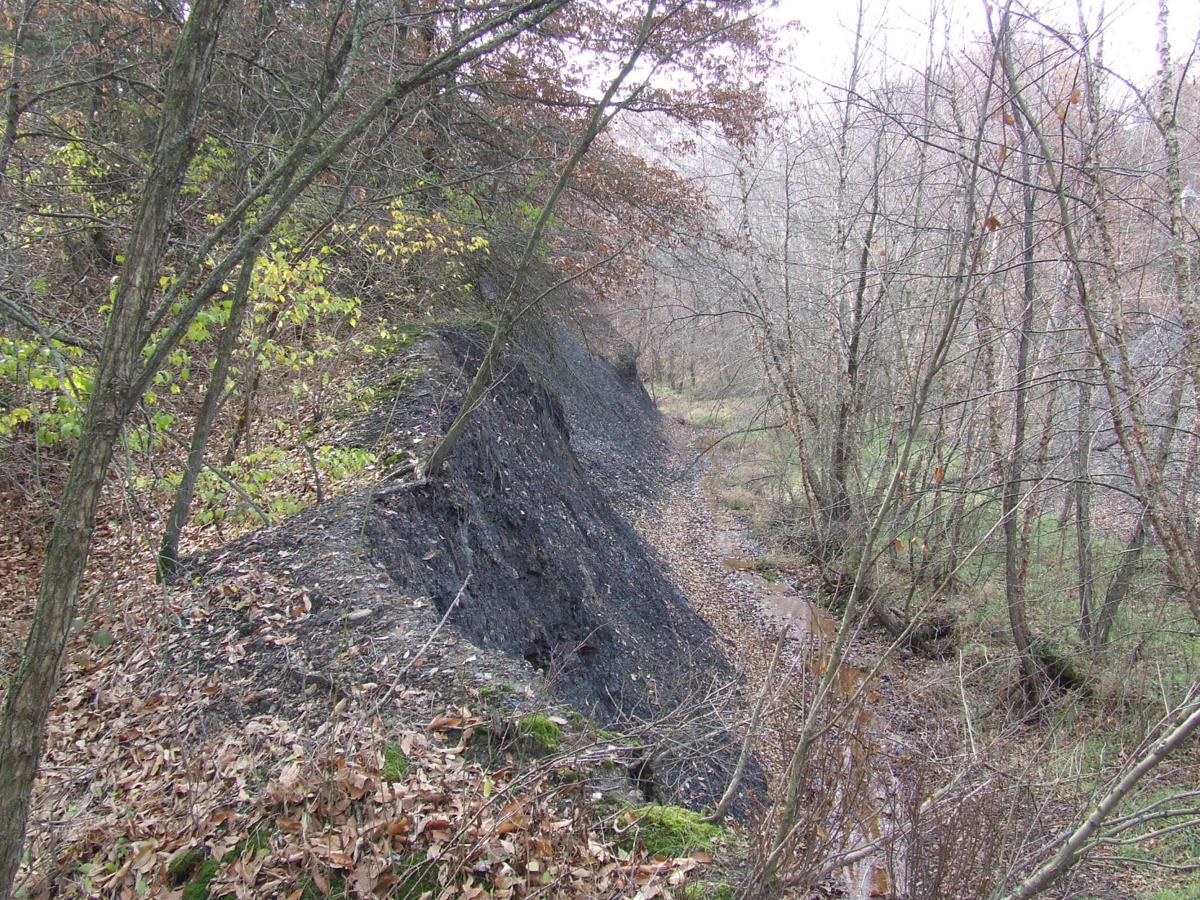 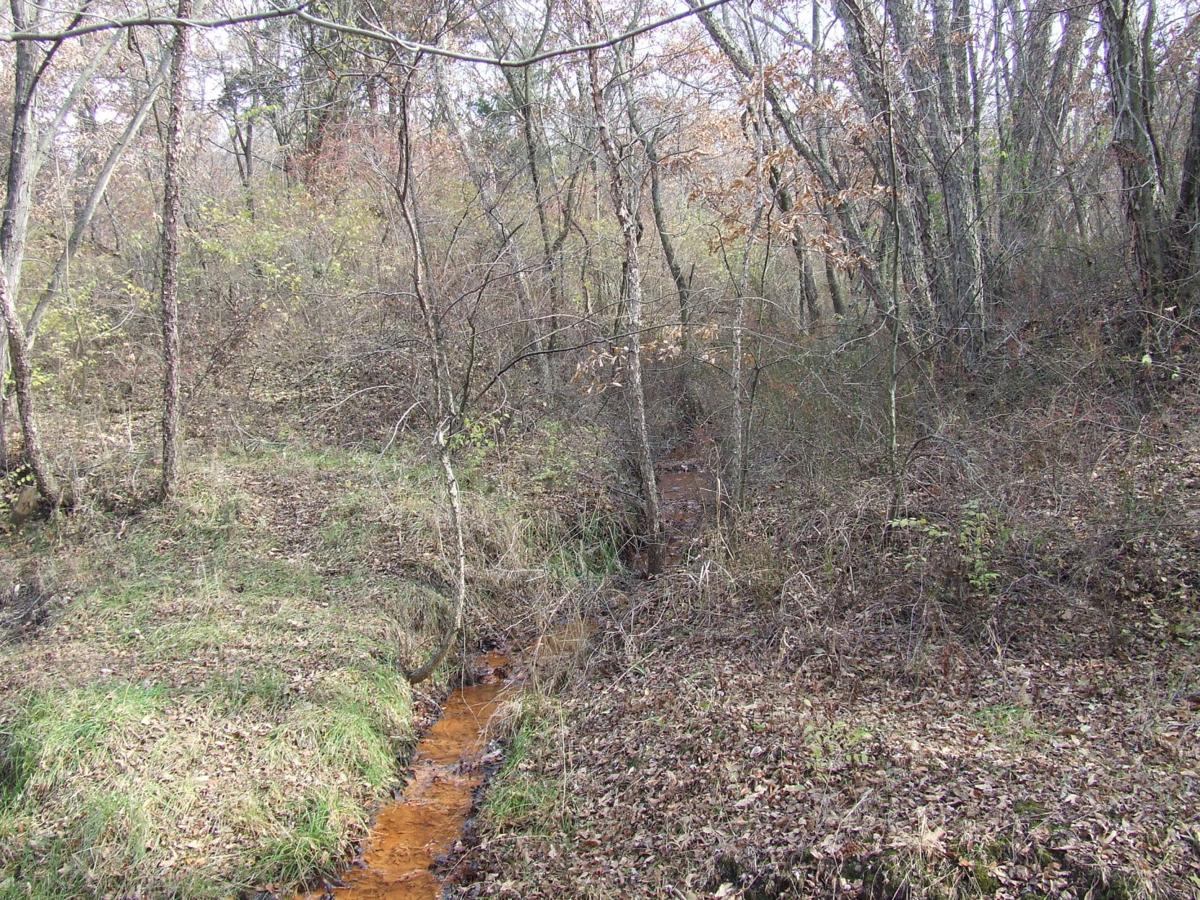 A glance at the area shows why. There’s a steep dropoff in the distance where the mine cut into a hill. Schmitz’s home is within shouting distance and there’s a road just off the site. Piles of debris from the mine created mini hills. Water “doesn’t know where to go when you start just piling stuff,” said Suchan.

The goal isn’t to bring the land back to what it was before the mine. That’s not possible. But Suchan said the work will bring back some gently rolling land and a stream that was disrupted by the mine. Crews will mix in lime to a depth of about 12 inches. That’s enough to keep the acidic soil below from burning vegetation immediately and give new growth a chance.

The work began last fall. Massive bulldozers have moved tons of soil and are still at work. “There’s a construction observer on site most days, especially if there’s major filling going on,” said Suchan. “Basic grading they can do on their own.”

Reclamation projects have a year to finish but this one won’t need that long.

“It’s amazing to see the changes every day. I’ve never been able to look out and see all the way across those properties,” Schmitz said.

“It’s going super fast,” Suchan agreed. “This project is moving so quickly it’s almost mind-blowing. They’re going to be done out here in the next couple weeks.”

Schmitz’s enthusiasm is part of the reason the site is being reclaimed. Reclamation is done by the government, but they need a partner. They can’t simply show up and start work if the property owner doesn’t want the work done.

And there are some who decline. The land will always be fragile, unfit for crops and not particularly welcoming to use as a pasture. Anna Bruen, executive director with Pathfinders, said making sure the landowners understand what they’re getting into is a big part of the evaluation process.

Once the dirt work is complete, other teams will handle the job of bringing down soil acidity and planting new seeds. This project will be a bit different from most, since restoring a natural flood plain is part of the goal. That means some of the ground will remain as a wetland.

The restoration will be monitored for five years, watching for big issues or large areas where the reclamation efforts haven’t taken hold. After that, maintenance is up to the landowner. There will be hotspots that may need more lime or replanting, and that’s the landowner’s responsibility.

Suchan said reclamation, which costs from $18,000 to $24,000 per acre in most cases, has completed 100 projects. That’s why state and federal money is so critical. If you compare it to a home, what’s happening now is construction. Maintenance comes later.

Sometime this spring Schmitz will look out to a completely different view. The muddy mess will be gone. New plants will take root. The mine will have been reclaimed.

Mine reclamation monitoring on county's agenda

OTTUMWA — A very old issue in southeast Iowa will be before the county supervisors next week.