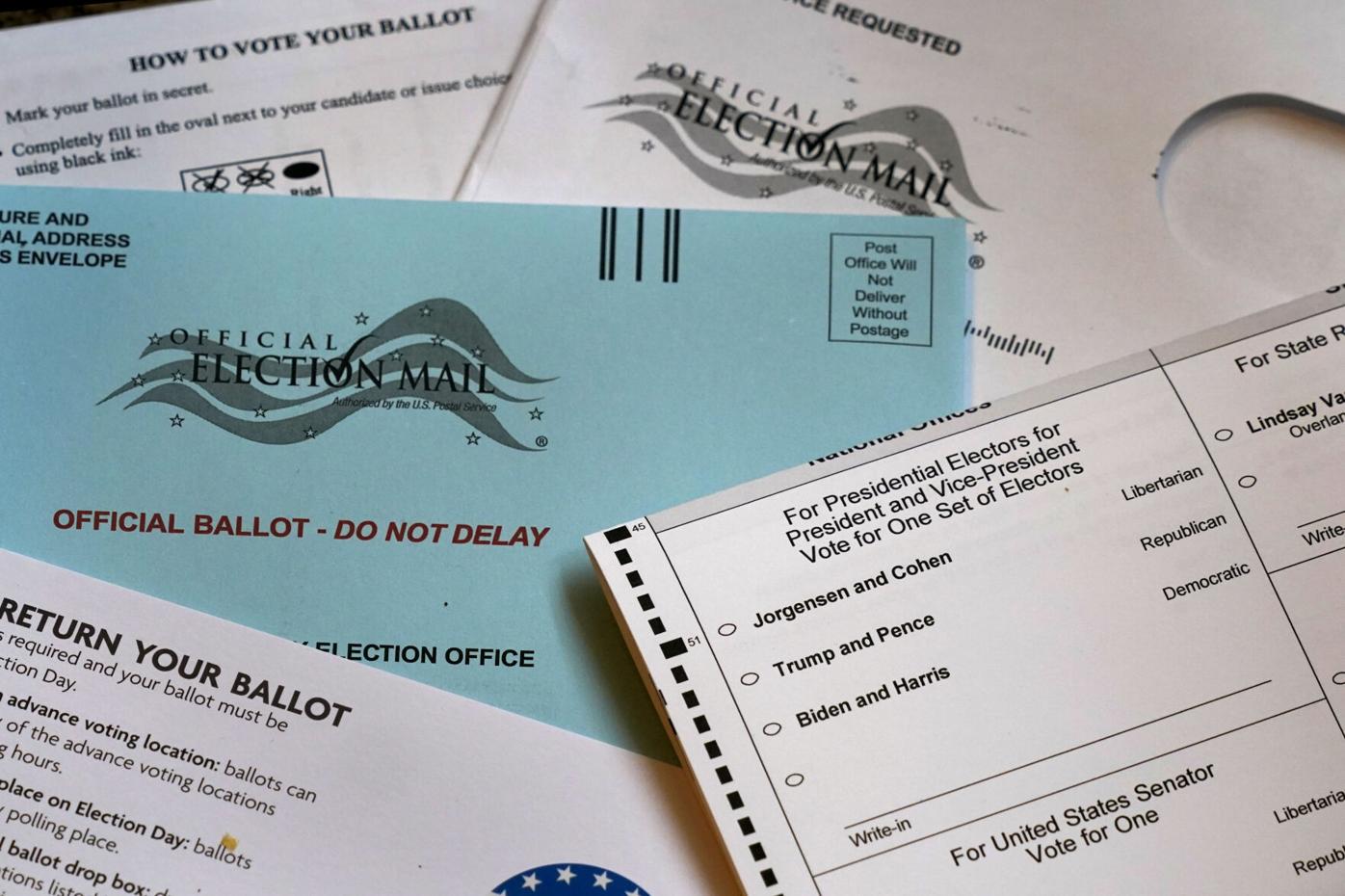 A Kansas advance mail-in ballot is seen Tuesday, Oct. 20, 2020, in Overland Park, Kan. Record numbers of ballots are being cast by mail-in ballots and early voting ahead of the November election. 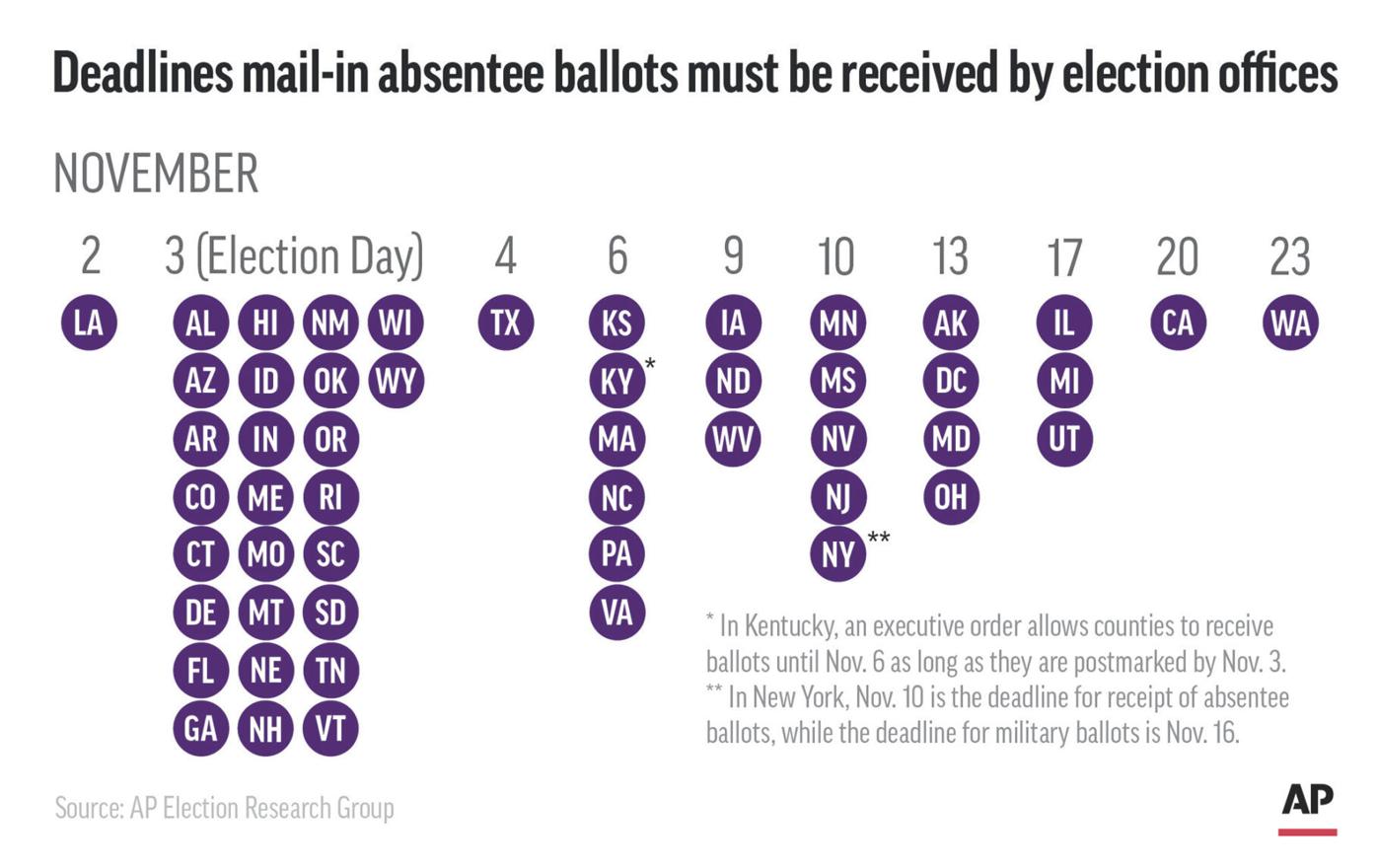 OTTUMWA — Nearly 29% of registered voters in Wapello County have already cast their ballot in the 2020 election.

On Friday, Iowa set a record for absentee voting as more voters shift to locking in their ballots before election day. The Iowa Secretary of State Paul Pate said that 685,234 voters had submitted their ballots, a record.

In Wapello County, the auditor’s office has received 5,929 ballots as of Friday, according to state data. Democrat ballots outnumber those from Republicans more than 2-to-1.

There were about 1,163 ballots that had been requested but not yet returned by voters.

In the 2016 election, 15,277 voters cast ballots in Wapello County, with 6,340 coming in before election day. In that election, President Donald Trump had 57% of the vote.

In Davis County, 1,362 have already returned ballots with a nearly even split between the two major parties. About 309 voters have requested ballots but have not yet returned them. There are 4,888 registered voters that are active in the county.

There have been 4,212 ballots returned to the Jefferson County Auditor as of Friday. The number of Democrat voters outnumber Republican voters by more than 1,500. There are 850 ballots that have been requested but have not yet been returned. There are 10,762 active registered voters in Jefferson.

Republicans and Democrats roughly split the 1,410 ballots submitted so far in Monroe County. There have been 284 ballots requested that have not yet been returned. There are 4,785 registered active voters in the county.