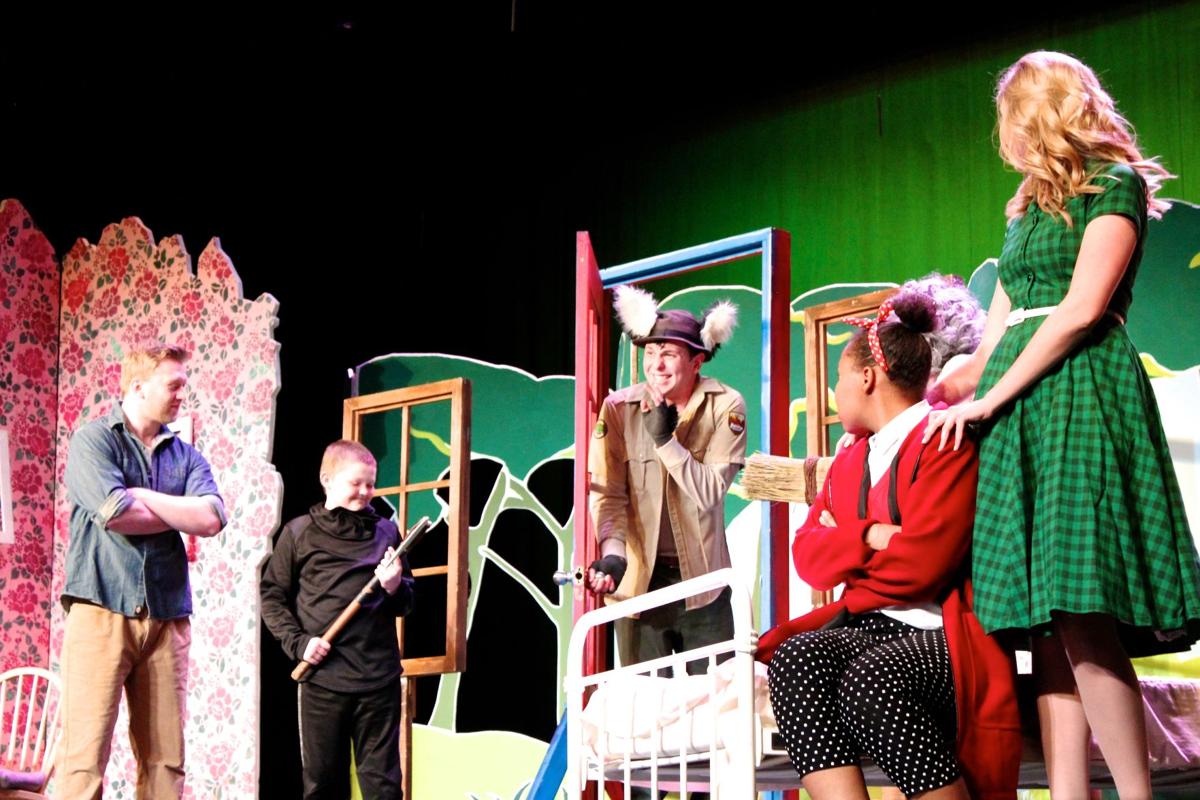 A Horace Mann student makes a cameo as the woodsman during Opera Iowa’s performance of “Little Red’s Most Unusual Day” Wednesday morning. 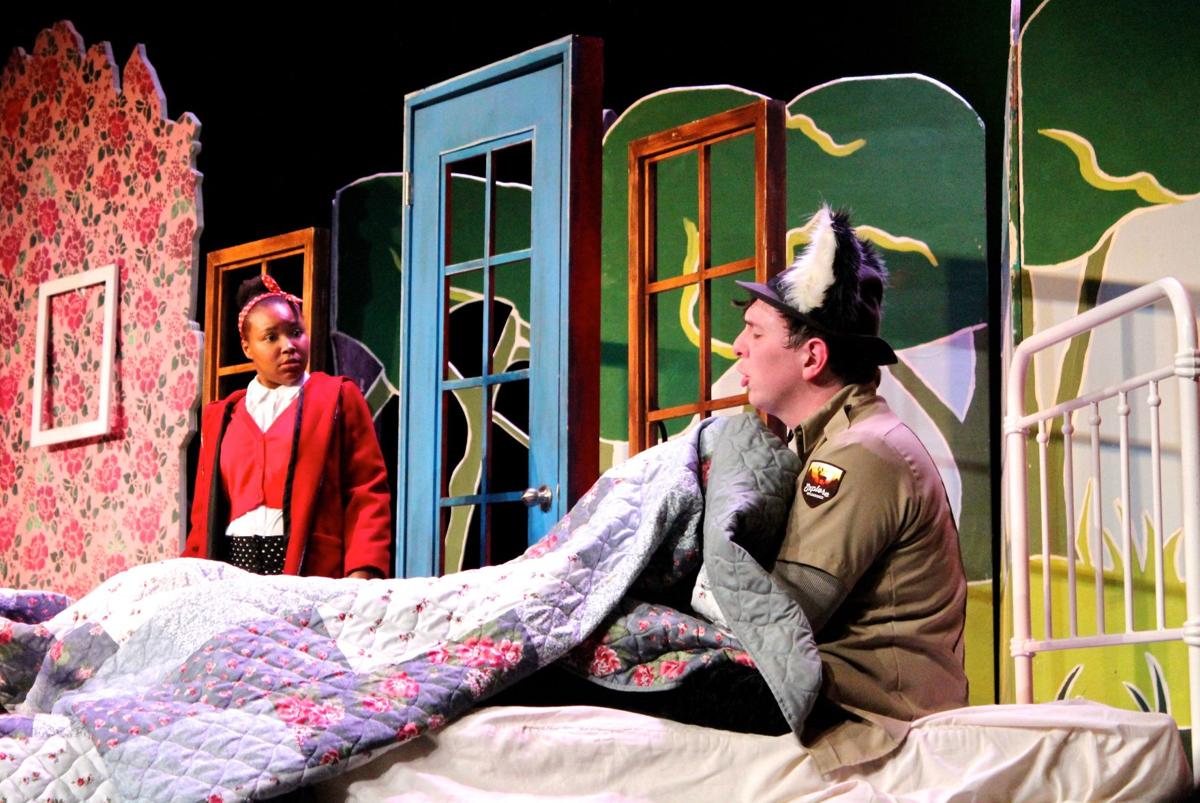 Little Red is confused by the change in Granny’s appearance during Opera Iowa’s performance of “Little Red’s Most Unusual Day” Wednesday morning. The traveling troupe performed for Ottumwa’s kindergarten through third-grade students as part of Indian Hills’ arts outreach program.

A Horace Mann student makes a cameo as the woodsman during Opera Iowa’s performance of “Little Red’s Most Unusual Day” Wednesday morning.

Little Red is confused by the change in Granny’s appearance during Opera Iowa’s performance of “Little Red’s Most Unusual Day” Wednesday morning. The traveling troupe performed for Ottumwa’s kindergarten through third-grade students as part of Indian Hills’ arts outreach program.

OTTUMWA — It was a morning of firsts in Indian Hills’ St. John Auditorium Wednesday morning.

Opera Iowa took the stage to perform “Little Red’s Most Unusual Day” for Ottumwa students from kindergarten to second grade.

“For most of these students, this is the first time they get to see a live performance, especially a live opera,” said Dr. Jennifer Boyenga of IHCC, who helped coordinate the opera’s stop at the school. “Opera is a rare art in Iowa.”

Her thoughts were proven correct as Sam Carroll, director of education and artistic administration for Opera Iowa, introduced the show. When he asked the students if it was their first time at the opera, more than half the students raised their hands.

It was also a first for the troupe of performers. “This is the opening for this tour,” said Boyenga. “They do a two-year cycle on their performances. They’ll come back in two years and do another children’s show and adult opera.”

“We are a troupe that travels around the state of Iowa,” said Carroll. “We do performances, workshops and master classes in communities across the state. I think this is one of the finest outreach operations in the state, and the nation,” he said, because it’s so far-reaching with lots of programs to offer.

Usually, he said they perform in school gymnasiums and cafeterias for the children’s performance. But once in a while, an orchestra or community college will bus the students in like IHCC did Wednesday.

“We don’t charge the school anything to bring them here,” Boyenga said. “It’s part of our arts outreach.”

In addition to the performance for students in the morning, the troupe had master classes and workshops on their schedule for the afternoon. The evening brought a community performance of Mozart’s “The Magic Flute.”

“Music is a wonderful way for students, and people in general, to express themselves,” Carroll said. “We learn about ourselves and others when we see stories performed. It makes us more empathetic, and I think that’s particularly important in our time in history.”

The familiar story of Little Red and the Big Bad Wolf had twists and turns that had the students laughing and engaged in the program. It followed a forest ranger with a crush on Little Red’s mom but was too shy to ask her out and Little Red, who was sent to visit Granny.

The wolf, with a desire to devour Little Red, tricks the forest ranger into telling him where Granny lived. Humor ensues, complete with Granny chasing the wolf with a broomstick and Little Red fighting off the wolf. A Horace Mann student even made a cameo as the woodsman, who chased the wolf off. He wasn’t sliced into pieces, as the old story goes, because he’s an endangered species.

At the end, students were offered the chance to ask questions of the troupe. One asked how they learned to sing so well. One of the actors, who portrayed Little Red’s mother, said that they went to college to learn how to sing loudly and for a long time. “We’ve been training for a long, long time,” she said.

Questions about costumes and scenery followed. The cast told the students that it involved people who read the script and knew the story very well. Then they thought of how the characters would look through their clothes and what the background would look like, draw it out and then create it. “You knew I was Granny because of my wig and nightgown,” said the actress. “And you knew the Big Bad Wolf by his ears.”

“Everything was so great,” said the actor portraying the wolf after the show. “The energy was so up.”

“I love being involved with and saying hello to the students as they walk into the show and their excitement of seeing the performing arts,” said Carroll.

Boyenga said the new humor of the story and the energy the student audience brought added to the performance. “The kids fire up the performers and make their performance stronger.”