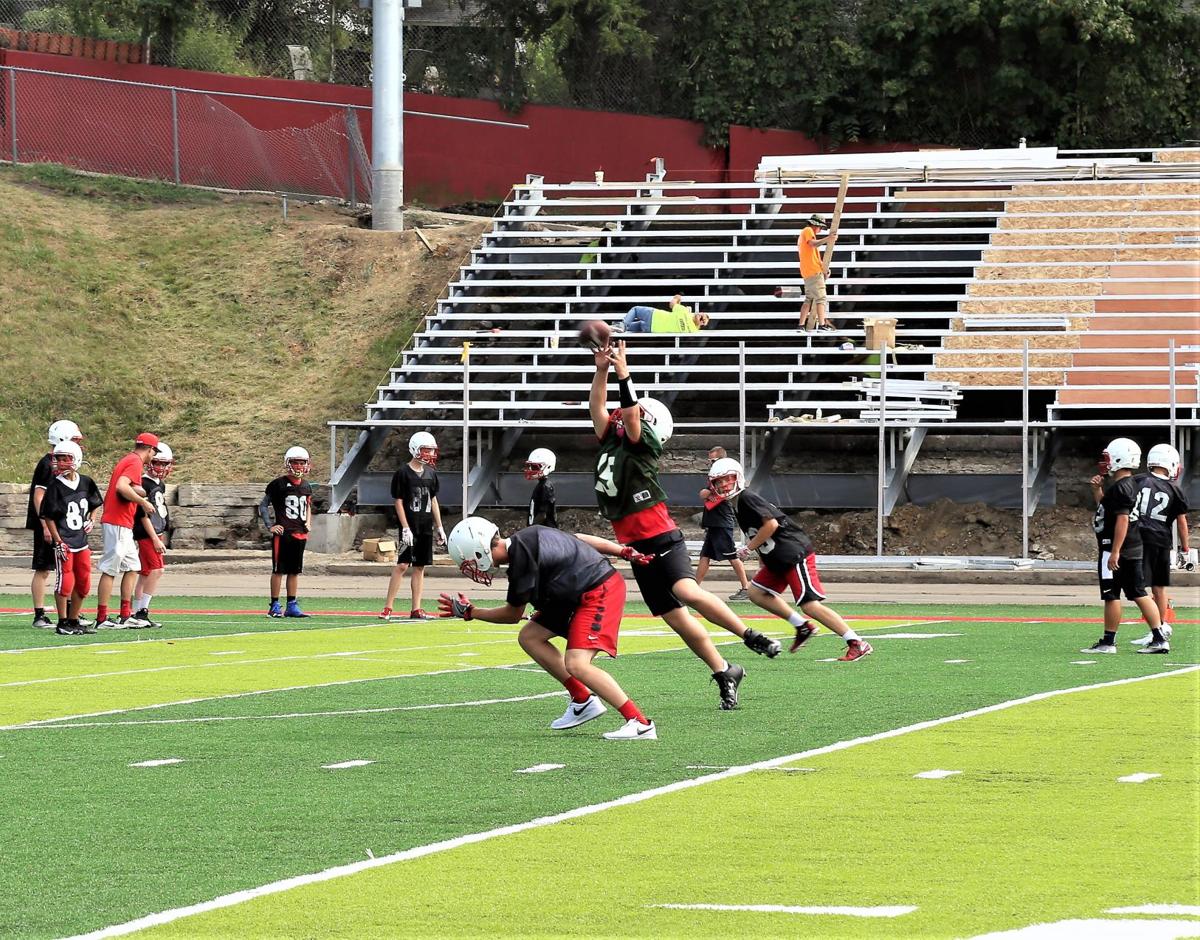 The Ottumwa Bulldogs practice on their new field as construction crews create makeshift seating in lieu of bleacher seats that didn’t arrive on time. 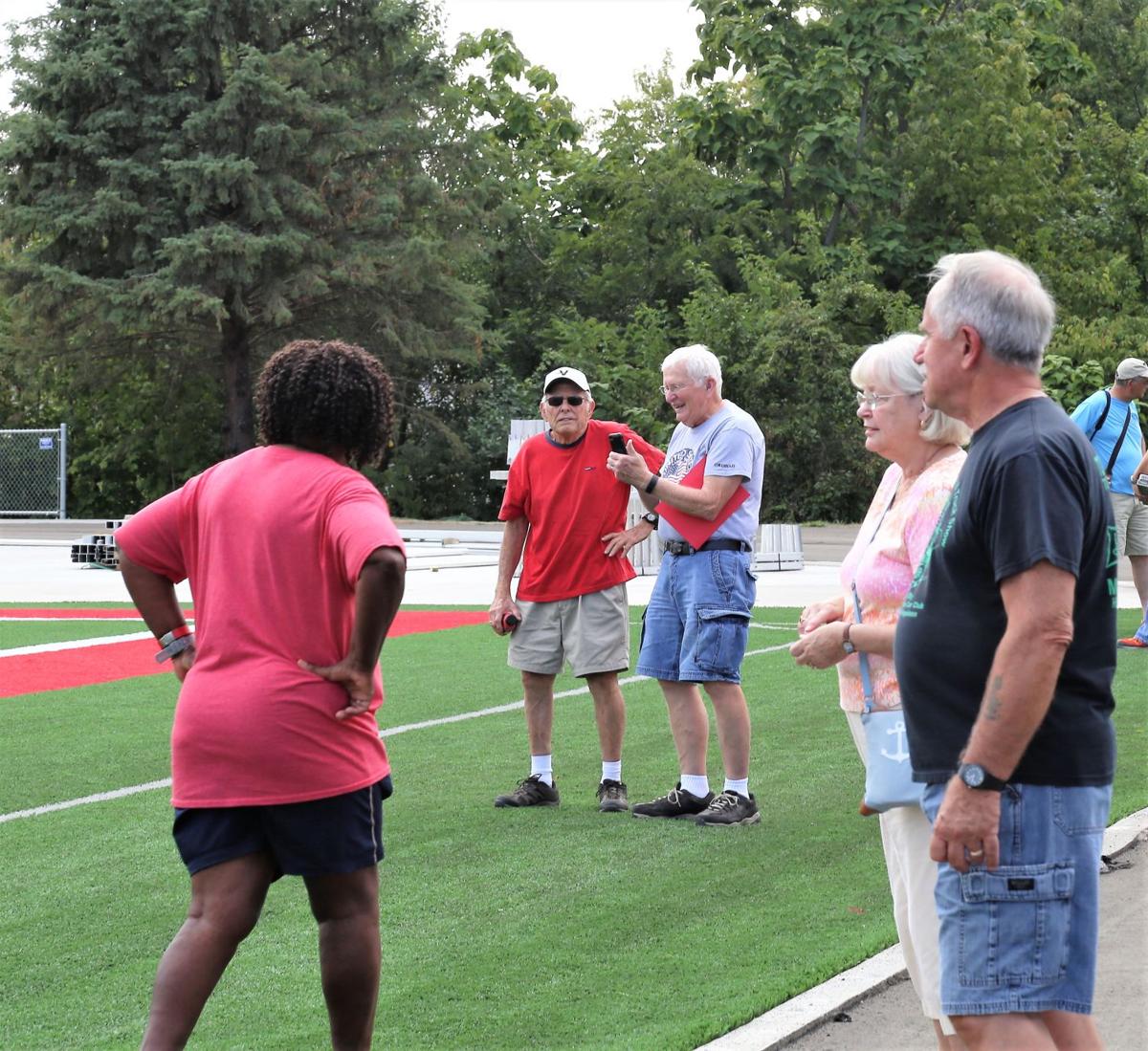 The public was invited to look over the Schafer Stadium renovations at an open house Thursday.

The Ottumwa Bulldogs practice on their new field as construction crews create makeshift seating in lieu of bleacher seats that didn’t arrive on time.

The public was invited to look over the Schafer Stadium renovations at an open house Thursday.

OTTUMWA – A manufacturer’s failure to deliver will force some fans of Friday's Bulldog football game to sit on plywood seats, “but at least we’ll be able to use it,” said Superintendent Nicole Kooiker at Schafer Stadium Thursday.

As construction crews worked to finish their projects, the Bulldogs practiced on the new turf. School personnel and the public milled around the track – its surface removed for the planned track replacement project – and voiced their approval of the stadium renovations.

Parts of the Schafer renovation aren’t complete, Kooiker said, but the field and lighting are finished, so the season opener is a go.

The project has required change orders, an emergency meeting and scheduling acrobatics, but “I can’t complain,” Kooiker said. “The kids are excited.” Spectators have places to sit, concessions and bathrooms are available. “We’re all good.”

Johnson said Thursday that he’s heard many positive comments about the new field. “[They’re] ready to show it off to the community.”

It’s a remarkable transformation,” said Jeff Blegen, a parent of OHS students. “”I think any improvements that you can make to the school system, [including athletic facilities], is a draw for residents and new residents and retaining people in Ottumwa.”

Blegen says that with the improvements, Schafer is “getting closer” to the quality of the facilities at other schools.

Blegen is encouraged by the plan for replacing the track as well. “I think it’s important to get a full-sized track,” he said. OHS hosted only one meet last year, he said.“For a school this size, it just doesn’t make any sense.”

Ottumwa started the renovations of the facility, and it needs to finish them, Blegen said. Putting in a new track surface and an eighth lane “puts you on equal footing with other schools.”

The Schafer renovations replaced all stadium bleachers, resurfaced the field with synthetic turf, installed LED lights and new poles, reconfigured the pavilion and stadium locker room to include new public restrooms, renovated the press box, repaired the east stadium bank and remodeled the south entrance restroom. The project was estimated at $2.5 million.