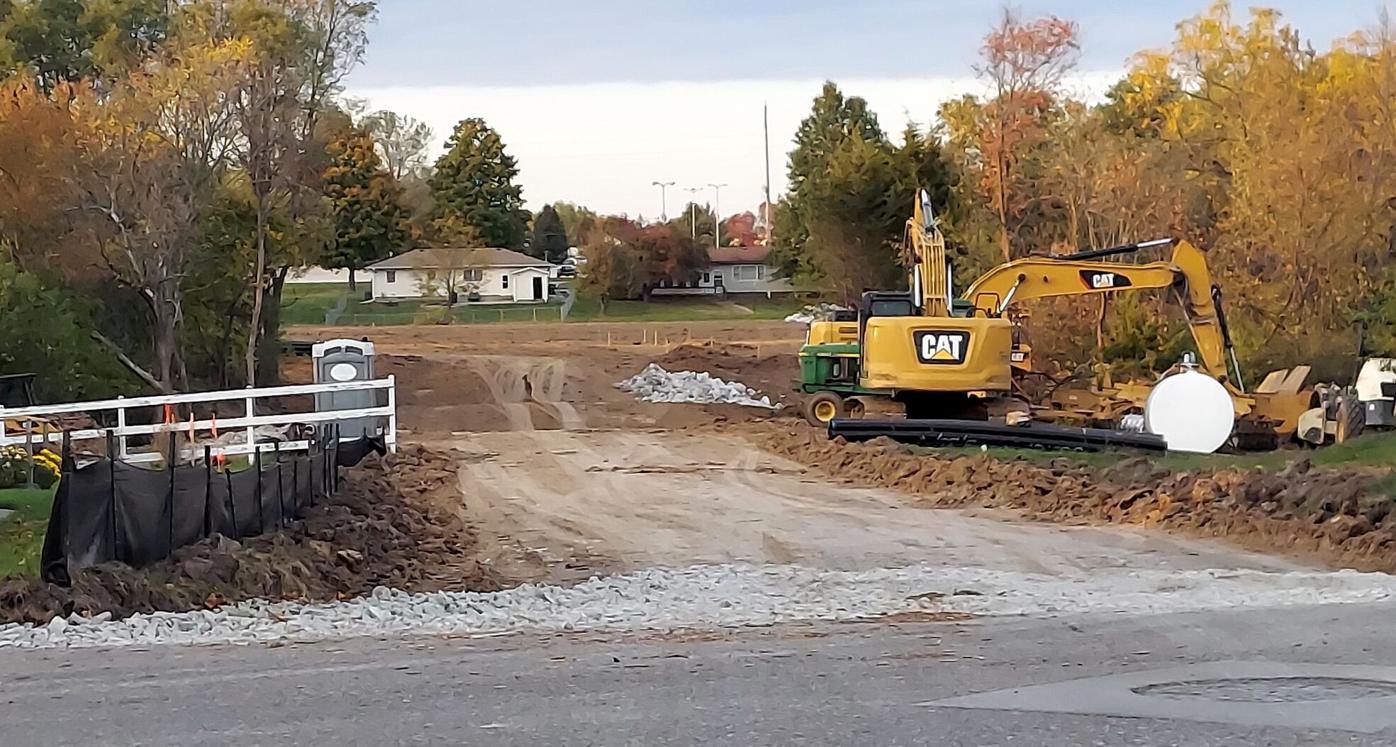 The proposed Bonita Avenue housing development will again come before the Ottumwa City Council Tuesday, as the city will introduce a revised development agreement for 20 years, but only at a 50% tax rebate to the developer, rather than the 100% rebate the council voted against. The city is planning for a public hearing on the matter Dec. 7. 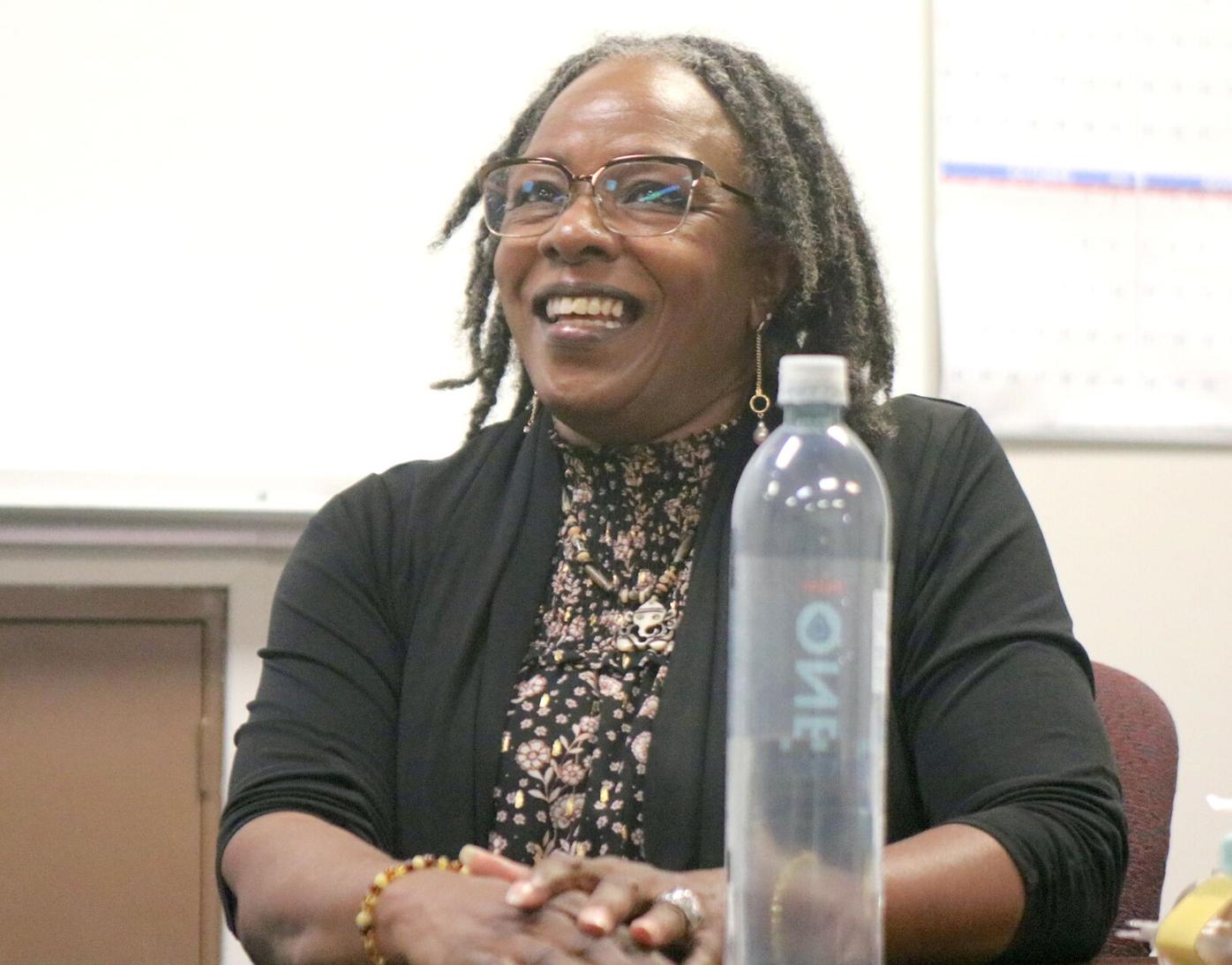 Sandra Pope meets with members of the Ottumwa Courier editorial board last month. Pope will be sworn in Tuesday at City Hall as the first person of color in the city's history to represent the Ottumwa City Council.

OTTUMWA — Two weeks after voting down a 20-year, 100% tax rebate to a developer for the Bonita Avenue housing project, city staff hopes a revised development agreement will be more palatable to residents, as well as the Ottumwa City Council.

In what figures to be a historic meeting Tuesday, the city will set Dec. 7 as the date for a public hearing regarding an agreement that will still be a 20-year rebate, but at only 50% instead of the original 100%. The agreement with Huergerich Construction will have no impact on the development, which is still projected to be three buildings and 108 units of low- to- moderate-income housing, with many units for JBS employees.

In a sense, under the new agreement, the city will be receiving property tax revenue from the development from the start, instead of no revenue, which was a major sticking point for residents and council alike. The city would have seen revenue at the end of the 20 years on property taxes that have accrued, but under the new agreement will see at least $87,500 per year.

Part of the agreement also includes street repair in the area.

However, an ordinance for the Bonita Avenue Urban Renewal Plan would need to be implemented, and the first reading of that ordinance is also scheduled for the meeting. The ordinance will allow the city to capture tax increment in the area, but needs to be passed in conjunction with the urban renewal plan, which was approved two weeks ago.

• The meeting also will see Sandra Pope sworn in as the first person of color to hold a council seat in the city's history. Pope takes the seat to begin a full term after being the highest vote-getter in the city-school election two weeks ago. The seat, which was originally Skip Stevens's, had been appointed to incoming mayor Rick Johnson until the election canvass was completed.

• The city also will recommend going through the appointment process to replace councilman Bob Meyers, who said last week he will be resigning Dec. 31. That seat will then be filled for the remainder of Meyers's term, which still has two years.

• One of the more controversial parts of City Code will come to light at the meeting, as a group of residents called the Coalition to End Ottumwa's Pit Bull Ban will discuss a need to end the breed-specific legislation on the dog, and instead, include all dogs and make all dog owners responsible. Pit bulls are the only dog listed as "dangerous animals" in city code.

Marcia McDaniel, who is one of the leaders of the group, submitted material to the city to demonstrate characteristics of pit bulls, as well as a 2015 story from the American Kennel Club about how breed-specific legislation doesn't work. Also among the material is information regarding a lawsuit between the Animal Farm Foundation and City of Sioux City that essentially ended the ban in that community in 2019.

The issue was brought to the council's attention after a petition gathered over 1,100 signatures online. The city put the ban in effect in 2003, following a mauling that killed a 2-year-old girl 19 years ago.

• The Ottumwa Fire Department will look for council approval to purchase a new 75-foot aerial apparatus for its fleet, replacing a 25-year old apparatus; the aerial part of the apparatus was taken out of service two years ago because of corrosion. The cost of the new truck would be just over $1 million, which include all required loose equipment such as hoses and nozzles. If approved, it wouldn't be delivered for about 13-15 months.
The meeting begins at 5:30 p.m. in council chambers at City Hall, and will be live-streamed on the city's YouTube channel.

Wapello County Board of Supervisors

The supervisors will convene for the results of the second-tier of canvassing for the Nov. 2 city-school election. Many of these results will be for affected races that took place in other counties but that Wapello County is the host auditor.

Also on the agenda is an agreement to have hands-free, automatic faucets installed in the bathrooms and clinic rooms at Wapello County Public Health at a cost of just over $2,300.

Also, the supervisors are expected to approve a funding agreement for $314,000 as a result of a grant from the Highway Safety Improvement Program. The grant funding will pay for pavement markings, center-line rumble strips and edge white lines. The markings would be put down on Agency-Hendrick Road, Farson Road and 73rd Street.

The supervisors are also expected to approve Kim Bishop as a new full-time hire in the public health department.

The meeting begins at 9:30 a.m. in the courthouse's third-floor courtroom/board room, and will be live-streamed on the supervisors' YouTube channel.