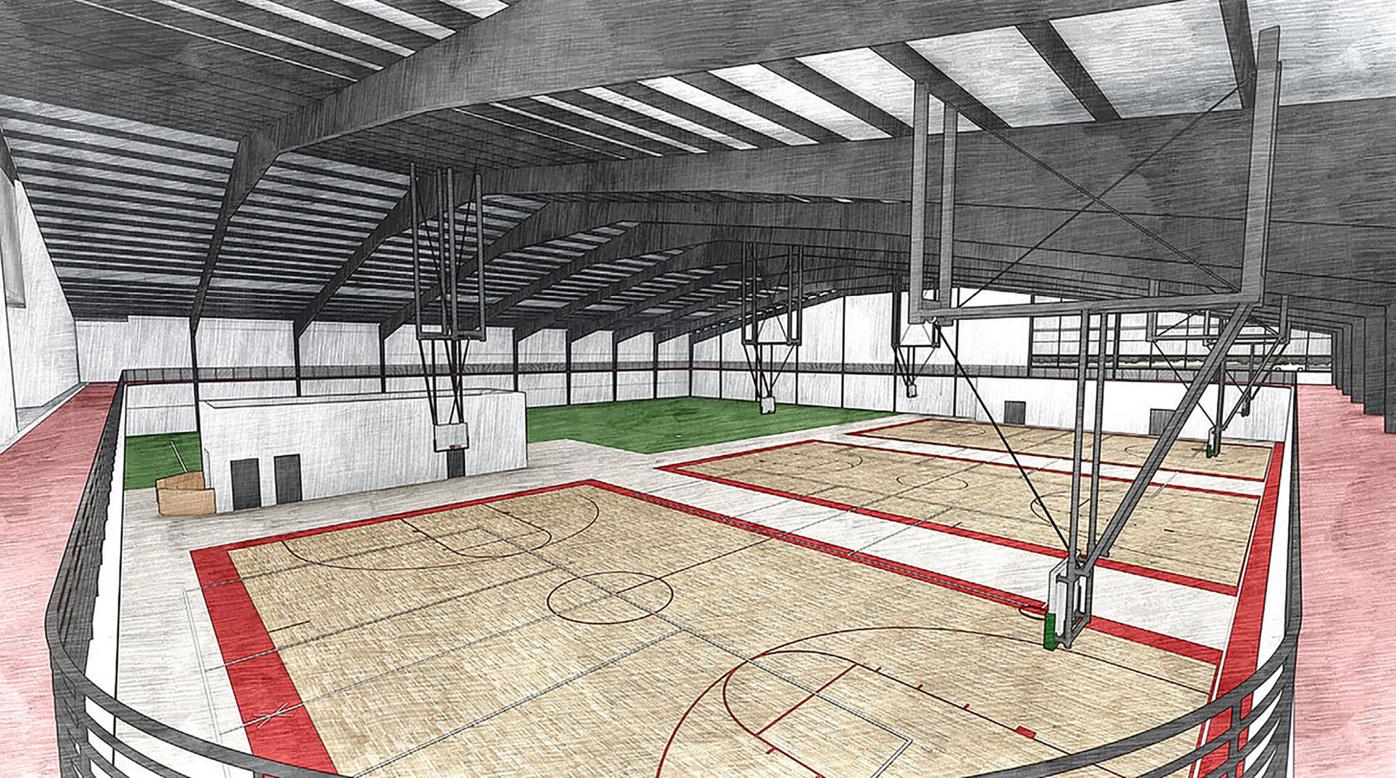 A 3D graphic rendering of the interior of the proposed Ottumwa SportsPlex, which would be built near Beach Ottumwa.

A 3D graphic rendering of the proposed Ottumwa SportsPlex building.

A 3D graphic rendering of the interior of the proposed Ottumwa SportsPlex, which would be built near Beach Ottumwa.

A 3D graphic rendering of the proposed Ottumwa SportsPlex building.

OTTUMWA — The Ottumwa Community School District Board of Education voted Monday to approve a $750,000 contribution to the Ottumwa SportsPlex project, a multi-purpose athletic facility that stands to not only benefit the district, but could also be an economic development driver.

The Southeast Iowa Sports Commission had requested a donation from the district, as many different entities have or will be chipping in to support the construction of the project.

However, as part of the donation, the district is requesting "first-use priority rights" to certain areas of the facility, namely an indoor turf field, indoor running track and batting cages, "all amenities that would support district athletic programs."

T.J. Heller, one of the committee members for the sports commission, told the board the indoor complex has been a dream of his since he was young.

"A year and a half ago I was in front of his board, and we talked about the concept of an indoor sports complex and what that could entail," he said. "I'm happy to say it's not a matter of 'if,' it's a matter of 'when' it's going to happen."

Heller said approximately 70% of the funding needed for construction has been raised. He also saw the importance of the project not just for the school district, but for travel tournaments in various sports.

"It's also a feeder program for our younger athletes, and a quality-of-life initiative for the community," he said. "And the third piece is if anyone has kids who've been to any type of travel tournaments, that's not cheap."

Superintendent Michael McGrory shared Heller's excitement about the project, and has been impressed with the work that has taken place to make sure the project moves closer to getting off the ground.

"Working with T.J. and his committee, I think this is going to be a huge benefit to our students," he said. "His committee has been willing to incorporate a lot of the needs of our district into this project as well."

Board member Brian Jones was simply thankful for undertaking the project.

"Thanks for this," he told Heller. "This is something that has been long overdue, and something that a lot of people have talked about over the years and it hasn't gotten done."

"We've been working on it for what seems like forever now," he said. "I think it'll be a great asset for the school district and I'm glad that we were able to help you guys make it a reality."

Members of the public can attend an open house at the Bridge View Center Thursday to see plans for the sports complex from 4-7 p.m. Committee members as well as project partners will be on hand to answer questions from the community. Refreshments will be served.