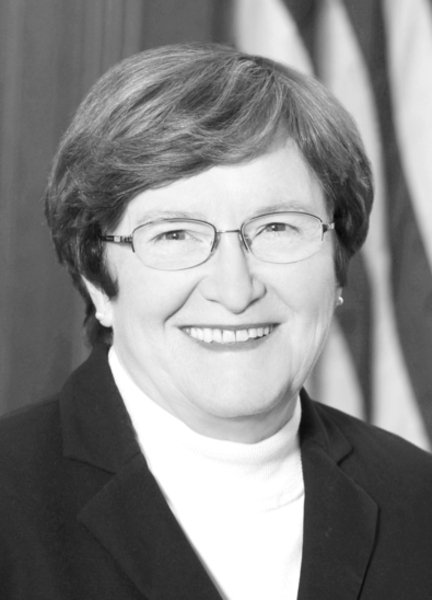 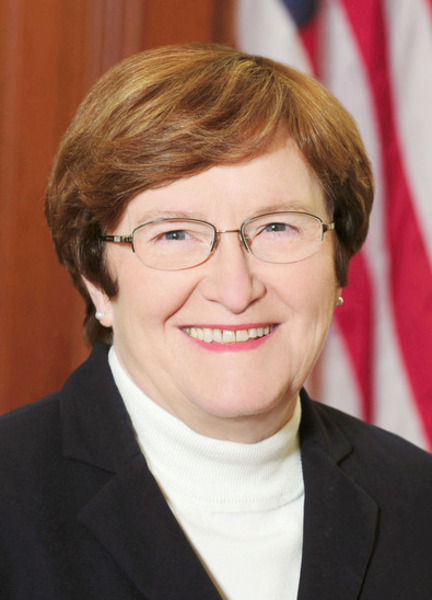 DES MOINES — Four remarkable women will be inducted into the Iowa Women's Hall of Fame at 10 a.m. Aug. 24 at the State Historical Building in Des Moines.

The event is held in conjunction with Women's Equality Day, Aug. 26, which commemorates the day in 1920 when American women first obtained the right to vote.

"I am proud to announce that these four extraordinary women are going to be inducted into the Iowa Women's Hall of Fame," said Phyllis Peters, chair of the Iowa Commission on the Status of Women. "They symbolize the diversity of Iowa, demonstrating outstanding achievements in the fields of health care, higher education, agriculture, media and law. Generations of Iowans can look to these remarkable individuals as role models."

The Cristine Wilson Medal for Equality and Justice will be awarded to Sharon Malheiro.

Judge began her career in Albia as a registered nurse and as a partner with her husband in a Monroe County farming operation. She purchased her parents' real estate business in the early 1980s. As she built the business, Judge became aware of the looming farm crisis. She soon began helping hundreds of farm families and their creditors find solutions to financial troubles through the Iowa Farmer Creditor Mediation Service, which led her to be a strong advocate for rural families.

Active both in her community and throughout southern Iowa, Judge was elected to the Iowa Senate in 1992 and re-elected in 1996. In 1998, she became the first woman elected Iowa secretary of agriculture and was re-elected in 2002. During her administration, renewable energy grew to become an integral part of Iowa's economy, new international markets for agricultural products were developed, Iowa's wine industry began to flourish and the swine disease "Pseudorabies" was eradicated from Iowa hog herds.

In 2006, Judge was elected Iowa's lieutenant governor, serving with Gov. Chet Culver. During her term in office she also served the state as the homeland security advisor and was instrumental in coordinating critical response operations during the historic floods of 2008. While in office, she worked to create a task force designed to address issues of racial disparity in Iowa prisons, took a critical look at gender gap in wages and championed the expansion of the state's children's health insurance program and wellness programs.

Since leaving the state capitol in January 2011, Judge has created a consulting company and has assisted many candidates in their bids for elected office.

The Iowa Women's Hall of Fame is sponsored by the Iowa Commission on the Status of Women (ICSW). Awards will be presented to the recipients by San Wong, Director of the Iowa Department of Human Rights; Phyllis Peters, ICSW chair; and Elizabeth Coonan, chair of the Hall of Fame Selection Committee.

The event is free and open to the public. The building is accessible to persons with disabilities. A reception will be held for family and friends of the award recipients in the atrium of the State Historical Building.