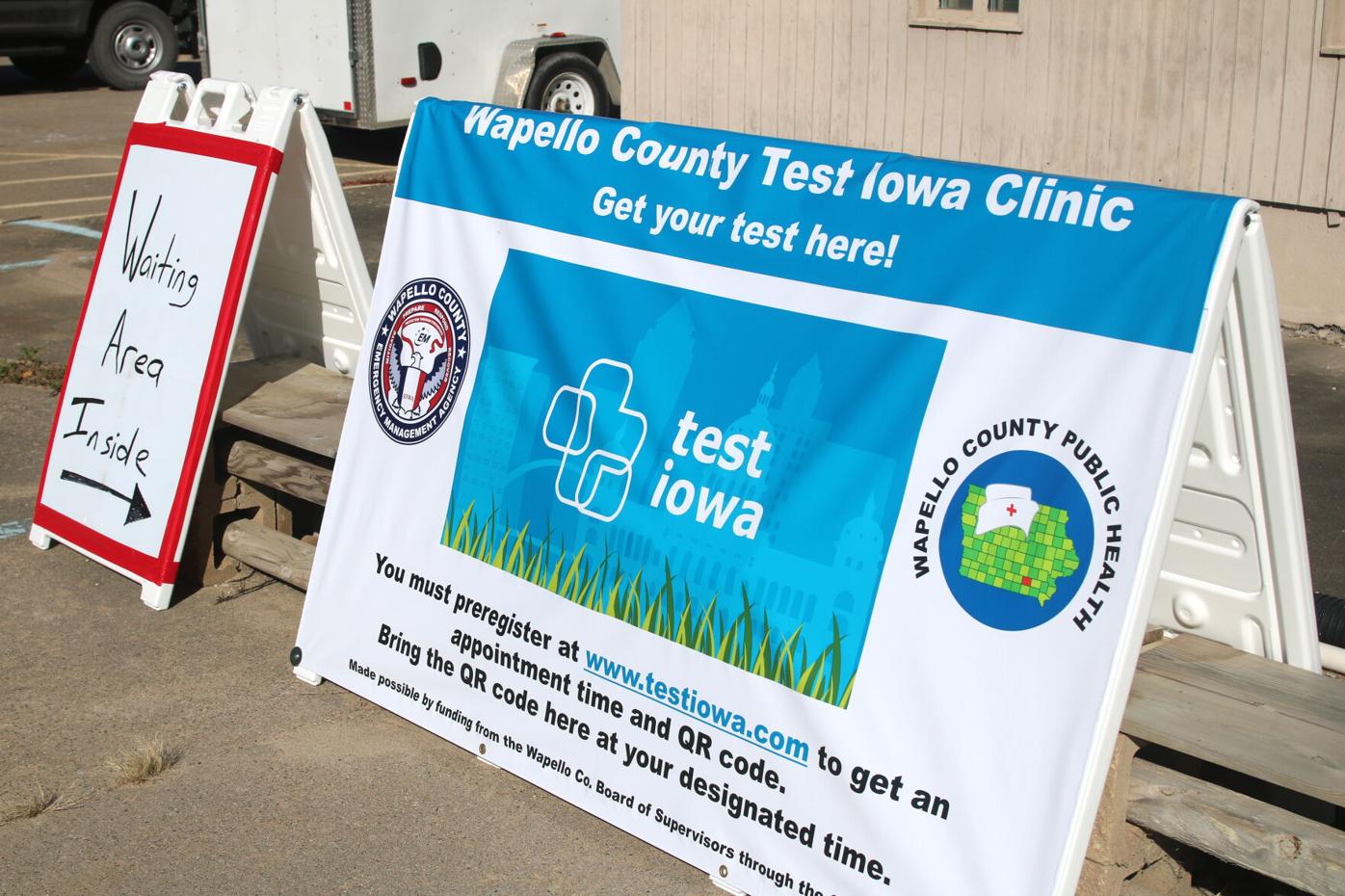 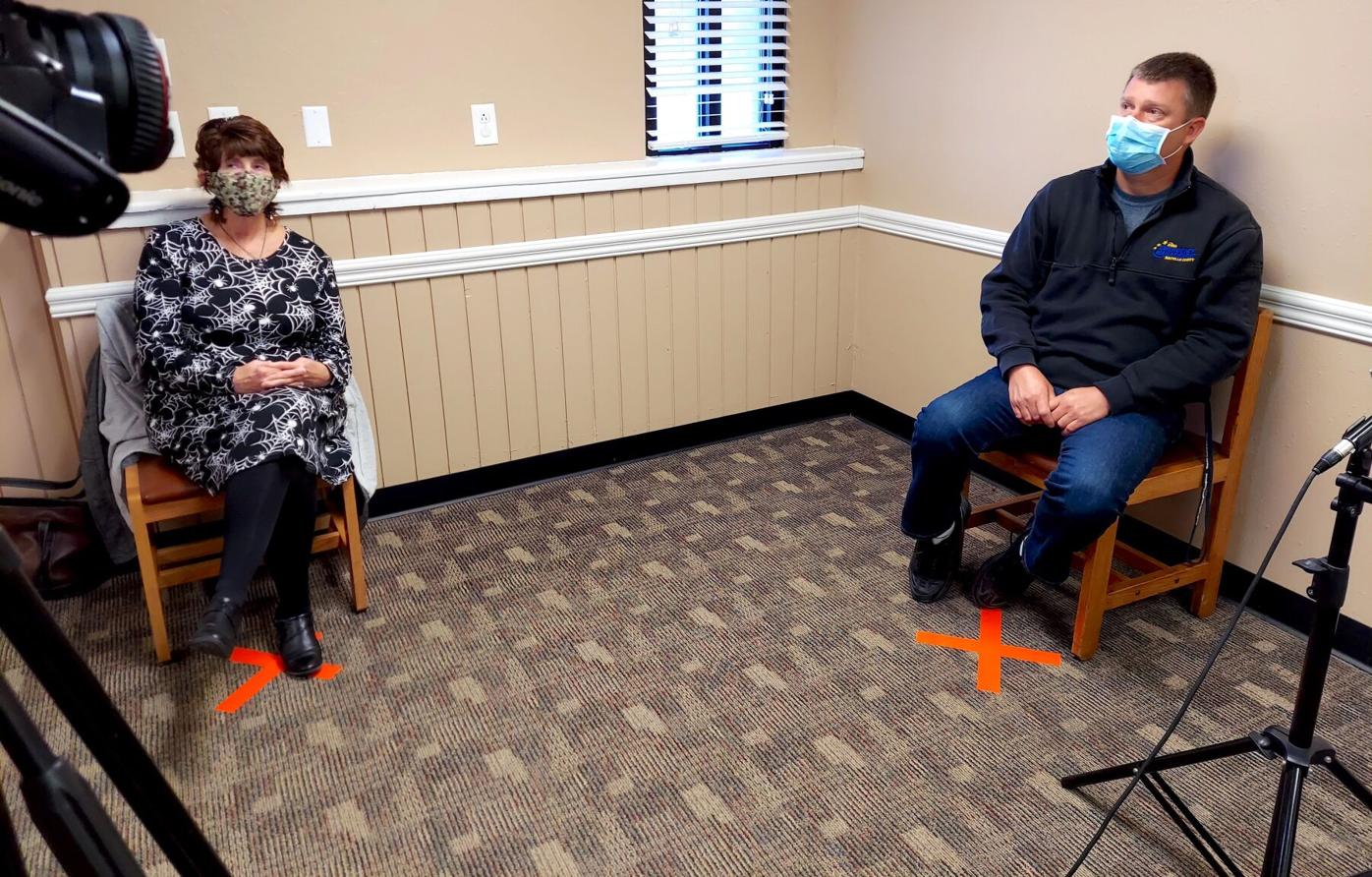 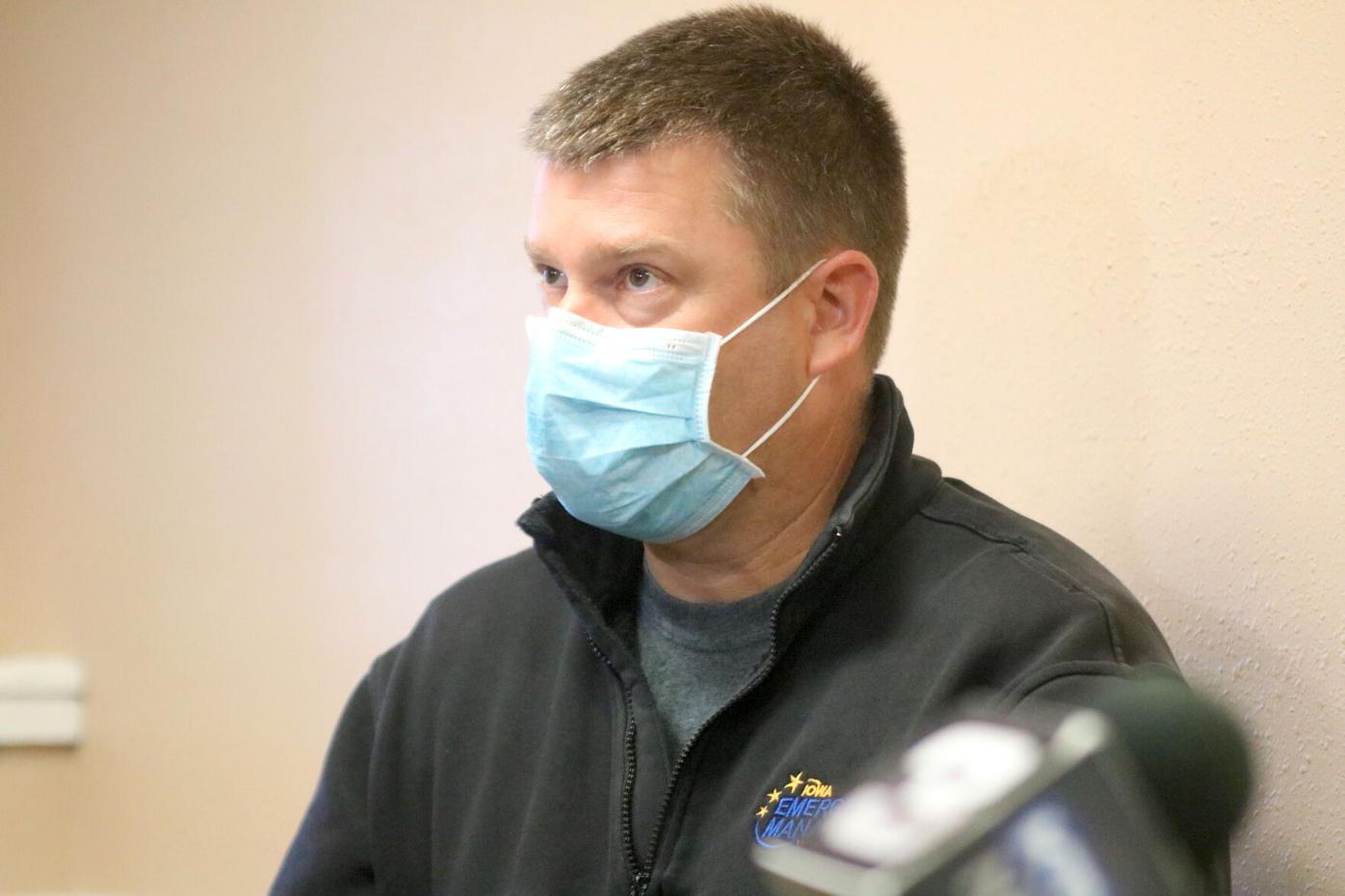 OTTUMWA — It has been several weeks coming, but the Test Iowa indoor clinic site is finally up and running.

Funded through CARES Act money to Wapello County, the free COVID-19 testing clinic opened for business Wednesday with 21 people passing through the door, giving people a cheaper, closer-to-home option instead of driving to Des Moines or Burlington to get tested.

Non-Test Iowa clinics for COVID testing require a person to show symptoms and could require a co-pay. Neither is necessary at this site. Anyone simply curious to know if they are positive because they believe they might have been exposed can get a test. Results, which are sent to the state hygienic lab, are produced in 48 hours.

However, to get tested at the site, patients must register through www.testiowa.gov and receive a QR code, and then go to the clinic for an appointment. The clinic site is at 1207 N. Jefferson St., below the Vine Coffeehouse.

"If you get a QR code and you're late for an appointment, you're not tied to that time slot," Emergency Management Coordinator Tim Richmond said. "We're flexible. Just have that QR code and show up, and we'll get you through. The only thing we are rigid about is that you need the QR code and an ID."

The goal is to test between 90 and 100 people at the site at full capacity, though the clinic is currently open Monday, Wednesday and Friday from 2-8 p.m., with the potential to expand those hours if the need arises.

Though this site only tests for COVID, there are concerns about influenza. Wapello County Public Health Director Lynelle Diers recommended people who believe they have the flu should get tested at a walk-in clinic for that. However, she cautioned against the symptoms.

"COVID symptoms are so broad that they mimic influenza symptoms. They mimic strep throat and gastrointestinal diseases," she said. "Until you get tested, you won't know if you have it or don't have it."

A concern for both Diers and Richmond is hospital capacity should the COVID situation turn dire when it mixes with influenza and other viruses as the year ends. The state has set daily records for COVID hospitalizations recently, though Wapello County's rate remains low.

"That's been our concern from day one because it's a statewide concern," Richmond said. "It's not just our hospital, but others in the region and state. So our hospital can do certain things, or maybe they need to go to bigger hospitals, and then maybe back again.

"Counting beds is one thing, and that's not our issue; it's the staff," Richmond said. "We have a lot of beds available, but we can't use them all because there's a nursing shortage. There are hospitals who are furloughing nurses."

The Test Iowa tent site in Ottumwa closed in June, and Richmond said there were lessons that were learned as they assessed the need for an indoor site.

"What we learned from the summer was that a lot of folks weren't willing to make sacrifices. They weren't willing to cancel plans or gatherings," he said. "So now we have Thanksgiving, Christmas and New Year's coming up. And if the summer is any indication, we really expect a surge come January.

"We understand that's tough, and that people want to see their loved ones and do all those things," he said. "Unfortunately, in a pandemic year, it's probably not the time. It's hard."

The United States appears to be heading for another peak of COVID cases, and surrounding counties are now seeing increases as well. Having a site close by could be critical.

"I heard it Wednesday. The folks who came out expressed how grateful they were," Richmond said. "It means a lot to them. None of us are an island. That was a huge motivator for this. People are in an out in 10 minutes."

"We're not only drawing from this county, but we're drawing from the ones around us," Diers said. "It's so close to them as well. It is convenient for all the surrounding counties."

The county did inquire about other testing methods besides the swab test, but found too much unreliability and potential inaccuracies.

"The spit test and the saliva tests aren't options the state procured," Richmond said. "The nasal swabs have been around for a long time. It's the gold standard."

Wapello County Supervisor Jerry Parker said, if the clinic is required after the current 13-week period, the county would fund it, even if patients continue to come from adjacent areas.

"We certainly would welcome funding from surrounding counties, but those people travel here and work here," he said. "And if they have the virus, they're spreading it here. So I think we have a desire to correct not just inside Wapello County, but what may come here.

"This is real, and people are deathly ill," he said. "And the only way we're going to stop it is to find out who has it, and that they're not out in the public spreading it."