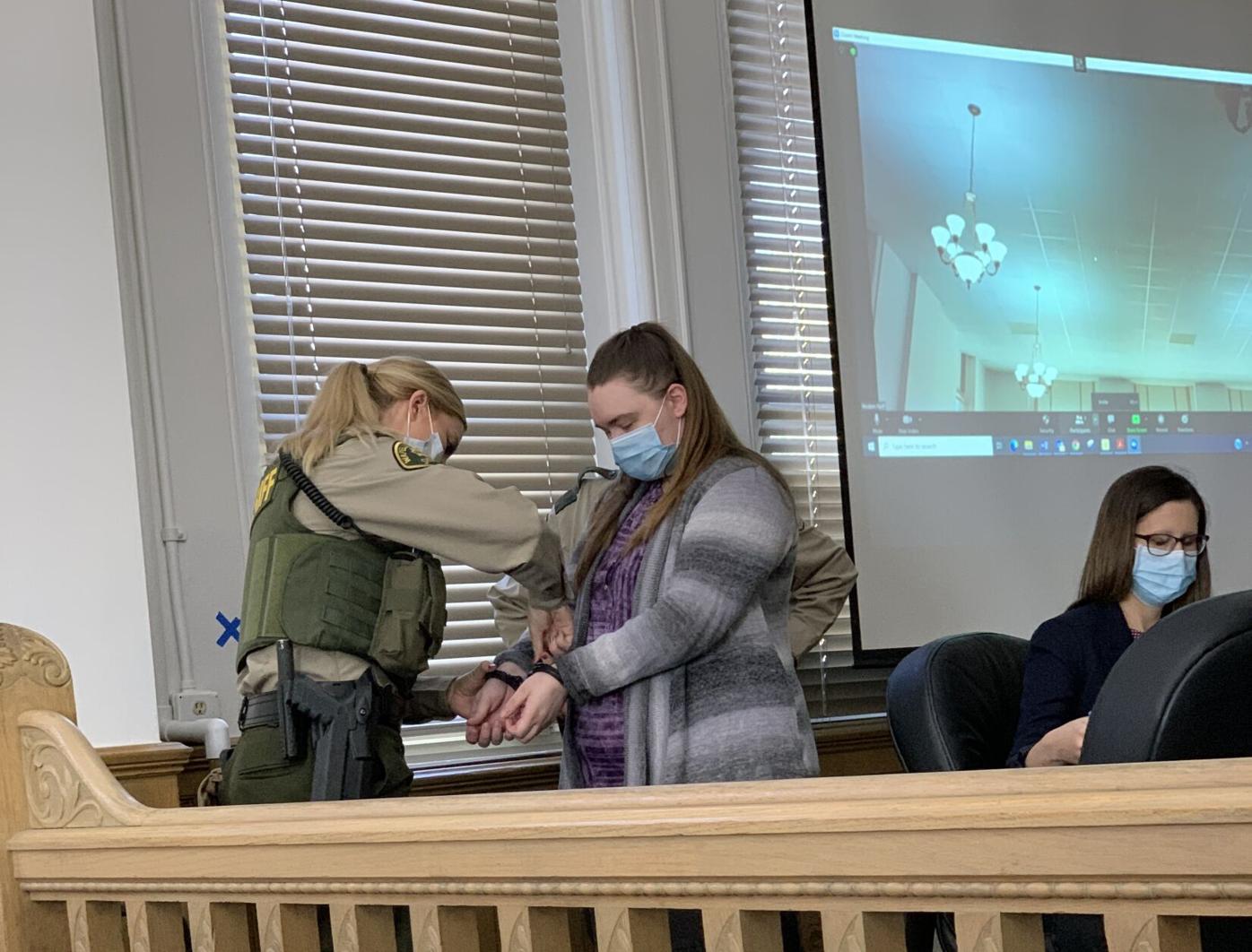 Kelsie Thomas, right, has handcuffs removed by a Wapello County Sheriff’s Deputy before the resumption of her retrial on first-degree murder charges in October. 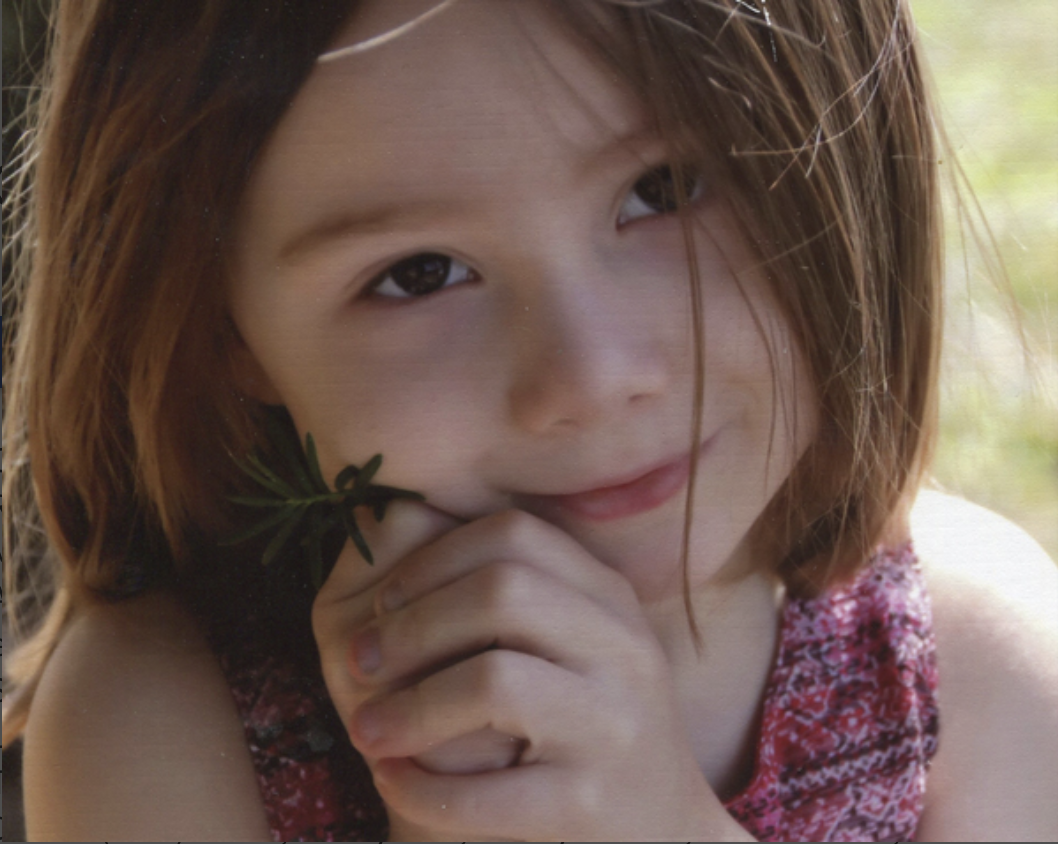 Kelsie Thomas, right, has handcuffs removed by a Wapello County Sheriff’s Deputy before the resumption of her retrial on first-degree murder charges in October.

OTTUMWA — Kelsie Thomas is guilty of involuntary manslaughter in the death of her daughter, a district court judge ruled Thursday.

Thomas was retried on a first-degree murder charge in a two-day trial over two weeks in late October.

Judge Lucy Gamon ruled that Thomas did not kill her 5-year-old daughter Cloe Chandler with premeditation — a requirement for both first-degree and second-degree murder.

Gamon decided the case because Thomas had waived her right to a jury trial. Attorneys for Thomas had argued to the judge for an outright acquittal.

Involuntary manslaughter is a class D felony, punishable by up to five years in prison. Thomas has been in jail since July 2018, when she was arrested for the killing. If she had been convicted of first-degree murder, a life sentence would have been mandatory.

Thomas will learn her sentence on Jan. 4.

Chandler died July 19, 2018, at the hands of Thomas, Gamon ruled. But, Thomas’ actions were in “a fit of anger and frustration,” and not with malice aforethought.

In a 20-page ruling that Gamon filed Thursday afternoon, she said the evidence showed that Thomas was trying to get Chandler to take a nap so that Thomas could also get some sleep before going to work at 4 p.m. the afternoon of July 19, 2018.

Growing frustrated, Thomas used a pair of pajama pants as a lasso around Chandler’s neck. This caused Chandler to get “wobbly” before falling to the floor, which Gamon took from Thomas’ confession to investigators.

Thomas then picked up Chandler and dropped her on her bed, pushed down on her chest and said, “You need to stay here, it is nap time. You need to go to sleep.” Thomas told investigators that Chandler’s “eyes got big” and Thomas could see she was scared.

After leaving Chandler’s bedroom, Thomas laid down in her own room.

“Kelsie thought and hoped that [Chandler] was still alive, remembering that her eyes were open,” Gamon wrote in her analysis of the case. “She thought she had just scared [Chandler] enough that she would actually take a nap. Kelsie did not want to believe that it was true she had hurt [Chandler].”

Gamon’s ruling tossed aside the notion by Thomas’s defense attorneys that Chandler had fashioned the pajama pants into a noose and accidentally hung herself.

Chandler’s “death simply did not happen that way,” Gamon wrote.

Gamon said she found the state’s expert more believable when it came to expert testimony from two forensic pathologists.

That expert was Dr. Michele Catellier, an associate medical examiner at the Iowa Office of the State Medical Examiner. Catellier testified that she performed the autopsy on Chandler and determined the cause of death was strangulation and not hanging.

Dr. Thomas Young, the expert brought by the defense, disputed those findings. Gamon said Young started by assuming that Chandler had hanged in a closet and “did not even consider other possibilities for what had happened.” Young’s forensic experience had also been almost entirely with adults.

Gamon, in the ruling, said the record of the case supports the conviction.

“It is uncontroverted in the record that [Chandler] did not die of natural causes,” Gamon wrote. “Kelsie’s explanation of how she killed her daughter provides the only reasonable explanation of her daughter’s death. Kelsie’s description matches both the medical evidence from the autopsy and the physical evidence found at the scene. No one would know better than Kelsie how [Chandler’s] death occurred.”

Gamon said Thomas ultimately confirmed her confession to law enforcement in a letter to her family and a phone call to her husband.

Gamon wrote that Thomas “acted out of exhaustion, frustration and anger, not out of rational thought. She perceived her life as very stressful. She was desperate to get some sleep. She wasn’t thinking at all about hurting [Chandler], she just wanted [Chandler] to take a nap so that she herself could get some rest.”

Acting in the “heat of passion” doesn’t excuse Thomas’ actions, Gamon said. But “it is not consistent with the ‘malice aforethought’ required for a conviction of first-degree murder.”

A jury in March acquitted Thomas of a child endangerment charge but was unable to reach a unanimous verdict on the charge of first-degree murder.

OTTUMWA — The mother a judge said was guilty of involuntary manslaughter in her daughter's death is seeking clarification.