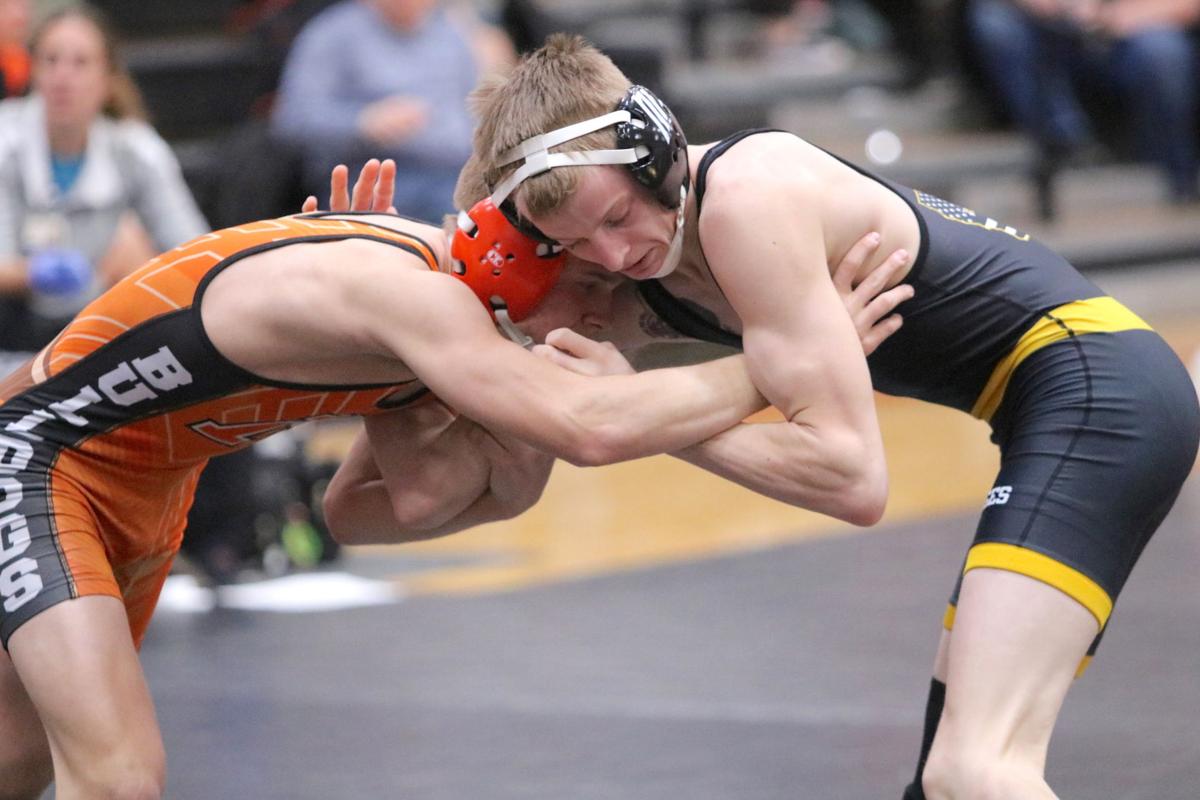 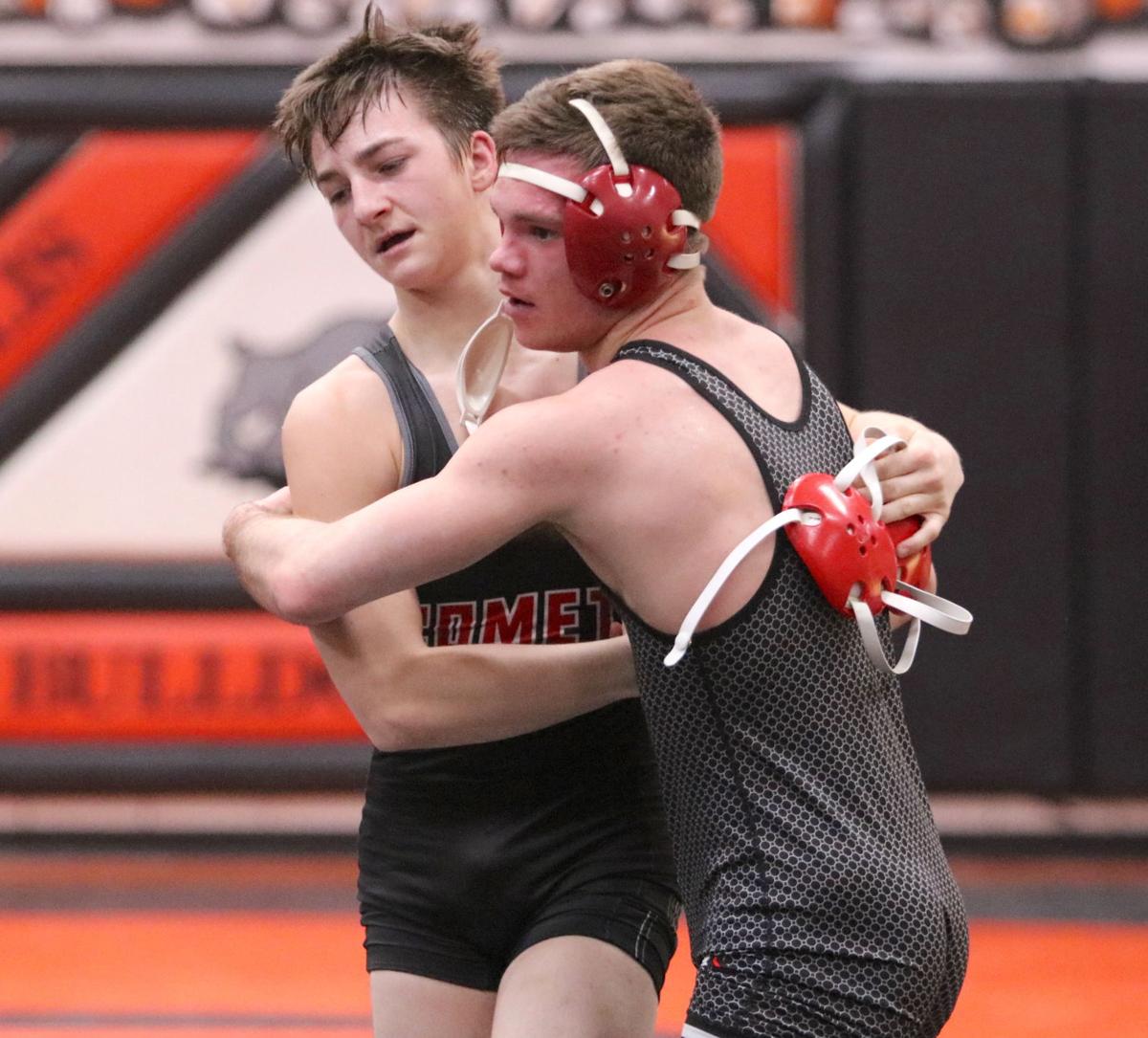 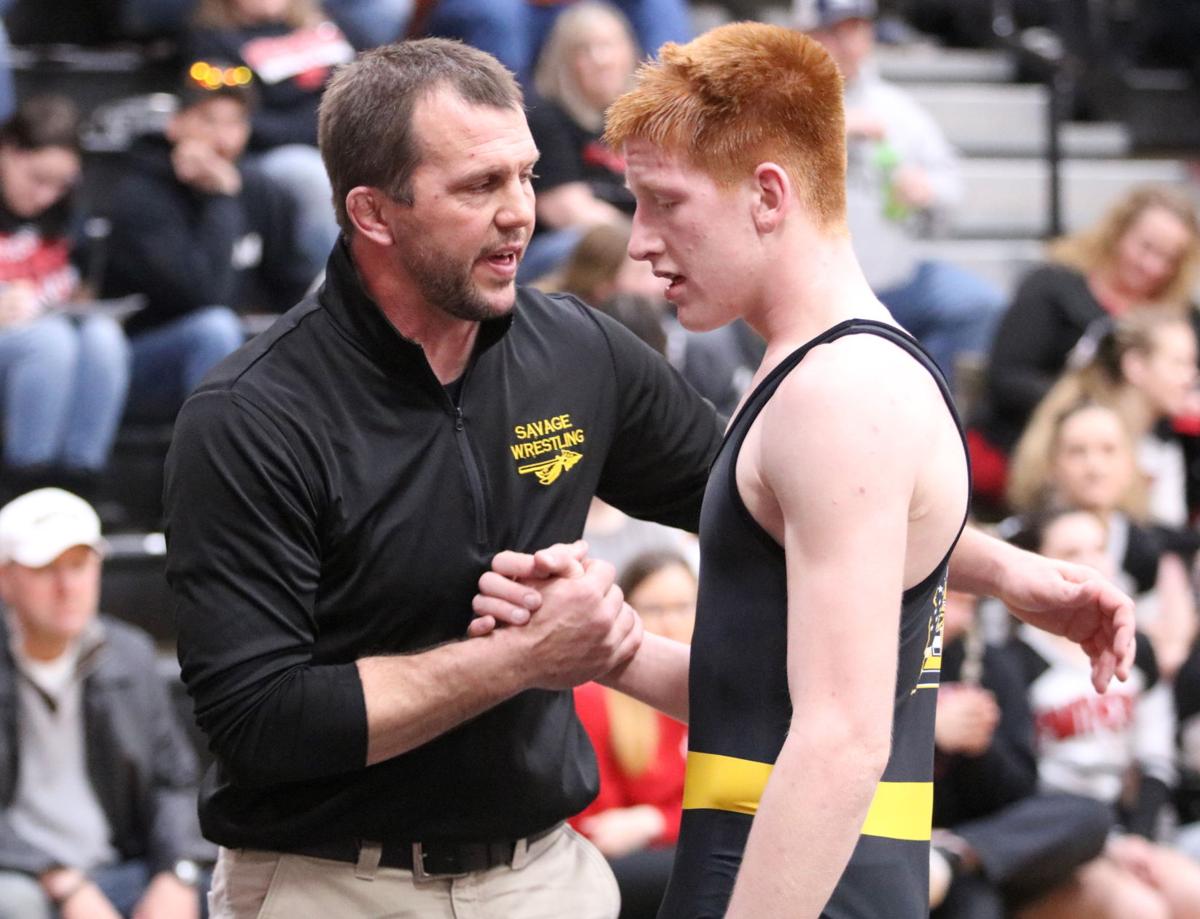 MEDIAPOLIS — Sigourney-Keota wrestler Mason Dye isn't naive. He knows there are better wrestlers out there better than he is.

But no one was better Saturday.

Dye dominated in his first match, then outdueled Mediapolis' Quinten Aney in the championship match at 126 pounds at the Class 1A sectional meet on Vernon "Bud" McLearn Court.

"I've wrestled guys who have won state titles, so getting fifth at state last year, I don't really see it as a target on my back," he said. "There are guys who are better than me, so I don't look too much at it."

Dye improved to 27-3 on the season, and renewed a battle with Aney that first took place at last year's sectional meet. Dye won that match as well, but this one was up for grabs until Dye hit a five-point move late in the second period to open up an 11-5 lead on his way to an 11-7 win.

Dye was one of four S-K wrestlers to qualify for next weekend's district meet at North English. Joining him will be Jack Clarahan (152), Nate Schuster (160) and Aidan Schuster (170), who all finished runner-up.

Clarahan pulled perhaps the upset of the day, as he defeated Mediapolis 40-win wrestler Caden Benz in the semifinals. Clarahan started fast, getting a takedown and three near-fall points to take a 5-0 lead just 47 seconds in.

However, Benz battled back within 5-2 after two periods, but Clarahan withstood a takedown in the third for the 7-4 win; Benz did not advance as his career ended on criteria because of his result against Clarahan.

The Cobras finished fourth in the team race with 150, missing a spot in the regional duals by 14 1/2 points.

"We weren't really expecting to be in the hunt for regionals duals. We're probably not quite strong enough as a team for that this year," he said. "It'll be nice to get a full week of practice to focus on districts. That's going to help us a lot."

Pekin, which had qualified for regional duals the last two seasons, couldn't make it a third year in a row. The Panthers still finished a strong third with 155 1/2 points, and will be sending four wrestlers to districts.

Combined, S-K and Pekin managed to win just two of the eight championship matches they were in. The Panthers' got their championship from 145-pounder Cael Baker, who took a 4-2 lead into the third period against WACO's Jonah Clark before winning 6-4.

"I think conditioning had a lot to do with it," Baker said. "The first match I got the jitters out of the way, and I just wanted to go out there in the championship and get the win.

"Of course you want your whole team to go on, so you're never satisfied," Baker said. "But we have a lot of young kids, and that's the big thing."

Overall, Pekin coach Al Chapman thought his team left some points on the mat, win or lose. Bailey Frescoln (132), Michael Jones (138) and Mason Juhl (220) finished as runners-up, with Frescoln giving up a takedown to WACO's Jalen Collins in a 7-6 loss in the championship match before responding with a win in the wrestleback.

Juhl also suffered a heartbreak. He's lost just three times all year, but two of those have come against New London's Jaxon Allen, who defeated him 10-5 in their championship match; Juhl then pinned Sigourney-Keota's Gavin Bird in the wrestleback.

Jones built a 7-2 lead on Cardinal's Jacxon Behrle in their wrestleback, but gave up seven points in the second period to lead just 10-9. However, he took down Behrle, then pinned him at 4:42.

"I felt like we could get five to districts if things went right for us," Chapman said. "Mason needed to pick up the pace earlier against the Allen kid, so that's something we have to work on. Michael has worked hard in practice and it showed today. He's a little firecracker out there.

"But we still have some work to do."

Chapman was pleased with Baker, who has come a long way physically this season.

"He's worked really hard. We had to sort out his diet a little bit earlier in the year," he said. "He deserved his win today."

"It would have been a double-edged sword this year. They probably would have sent us to Gilbertville or Denver or something like that," he said. "It'll be nice to stay home and practice and get ready for districts."

*-qualify for Class 1A regional duals