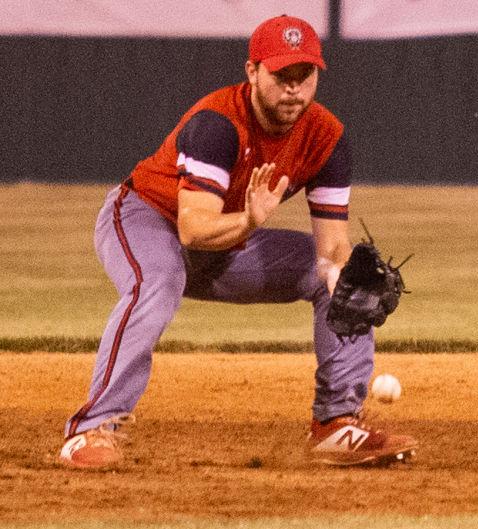 Centerville’s McCain Oden fields a ground ball at third during a game this past season against Chariton at Pat Daugherty Field in Centerville. 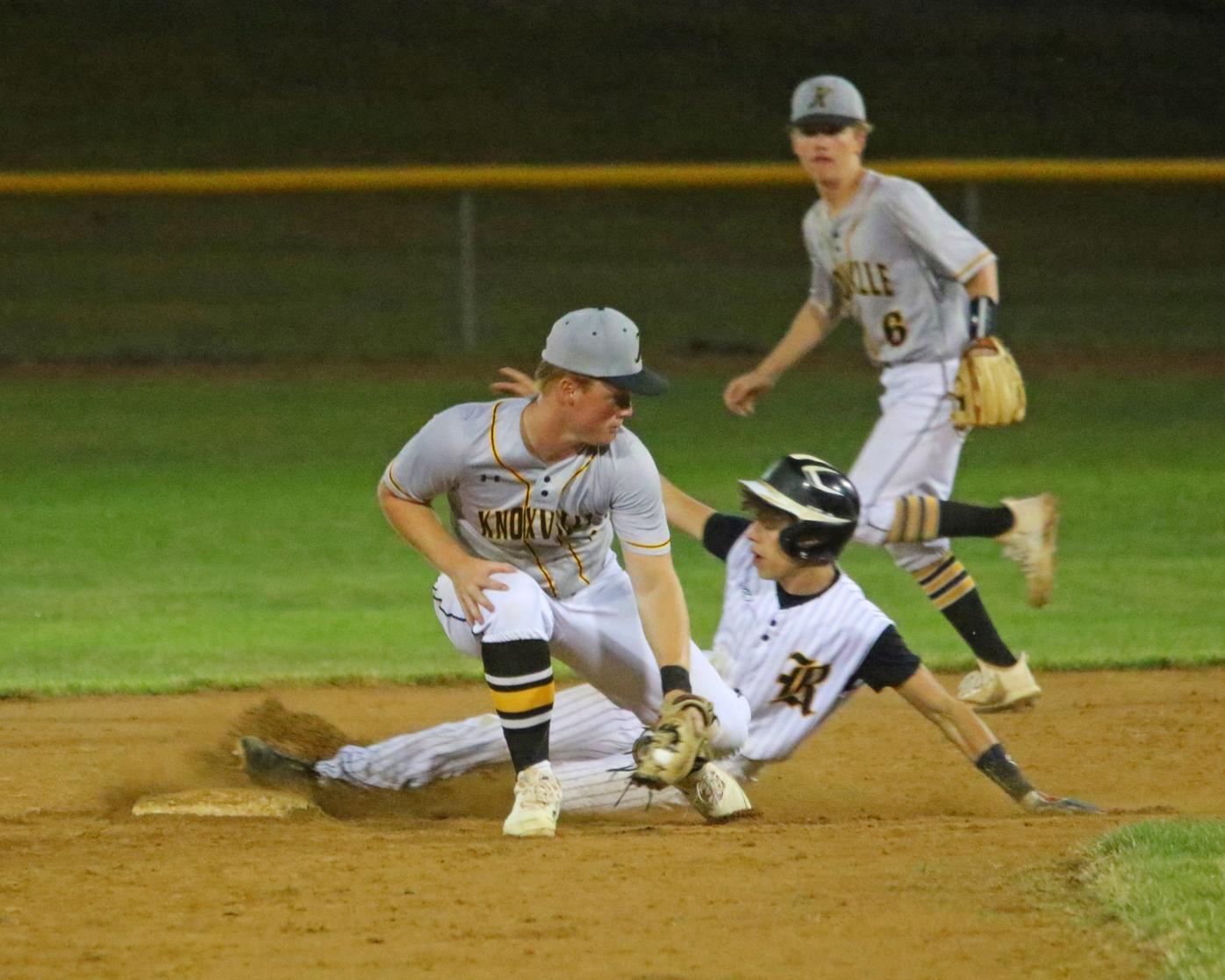 EBF’s Kalen Walker steals a base as Knoxville’s Ben Olson tries to tag him out. Walker earned first-team all-district and all-conference honors for the Rockets after finishing second in the state with 33 stolen bases, helping EBF win the South Central Conference baseball title this past season. 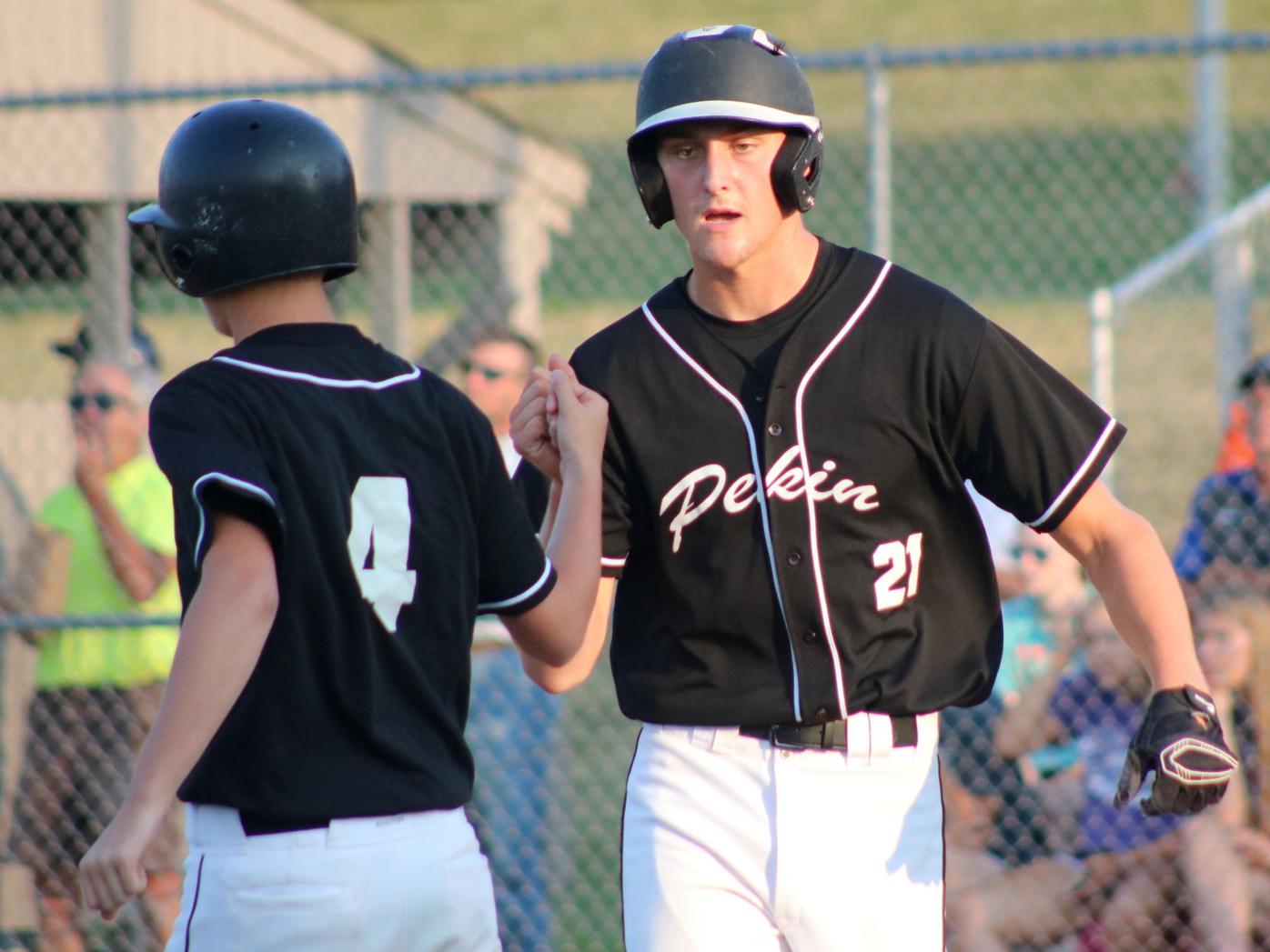 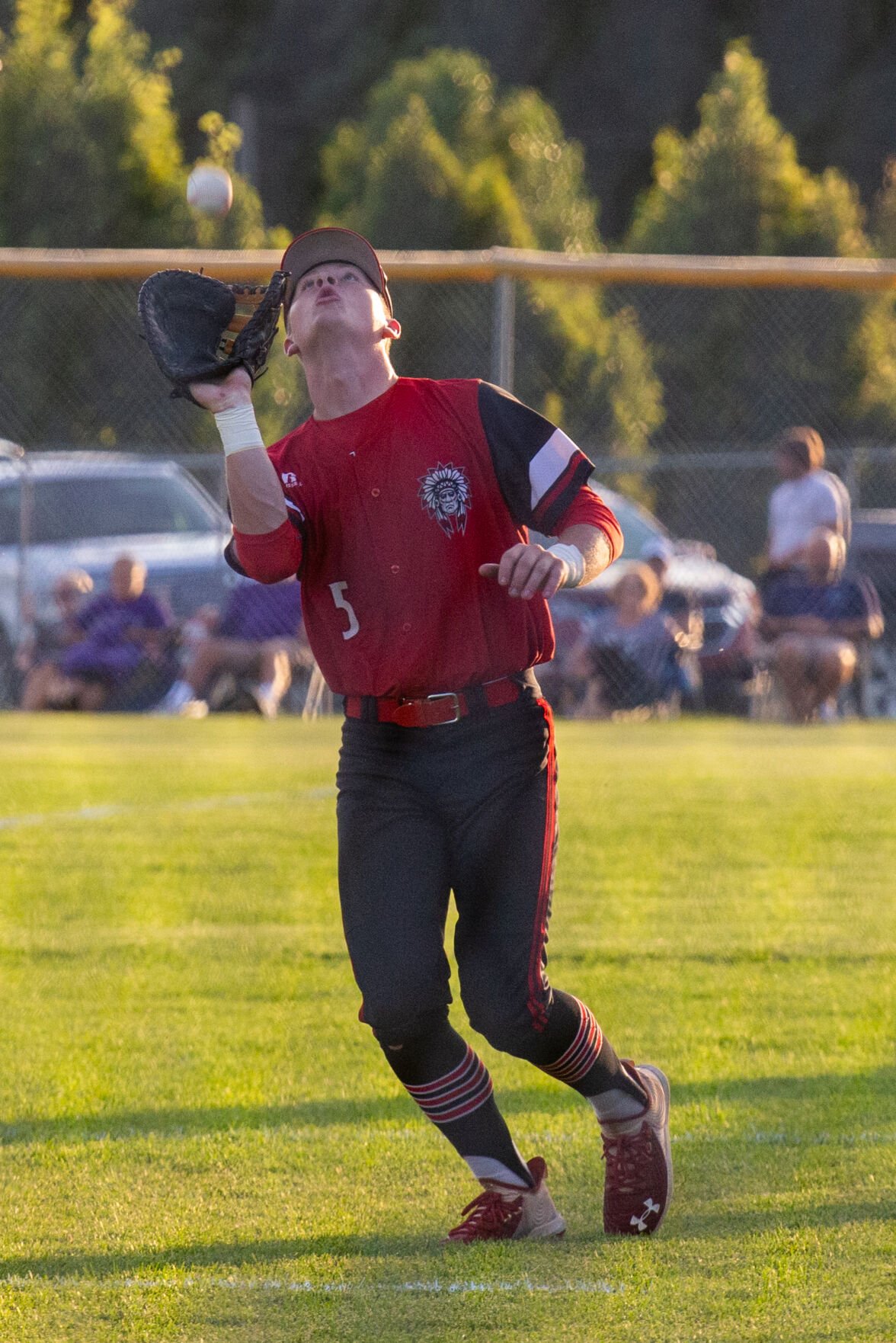 Centerville’s McCain Oden fields a ground ball at third during a game this past season against Chariton at Pat Daugherty Field in Centerville.

EBF’s Kalen Walker steals a base as Knoxville’s Ben Olson tries to tag him out. Walker earned first-team all-district and all-conference honors for the Rockets after finishing second in the state with 33 stolen bases, helping EBF win the South Central Conference baseball title this past season.

OTTUMWA — The Iowa High School Baseball Coaches’ Association released the complete list of the All-District teams in all four classes on Monday. Both the 2020 IHSBCA All-State and All-Star Series Teams will be released in August as well.

Ottumwa teammates Mitch Wood (utility) and Jesus Jaime (third base) were both selected to the Class 4A South Central All-District team. The junior teammates normally patrolled the left side of the Bulldog infield with Jaime at third and Wood at short, unless Wood was on the mound pitching, while providing Ottumwa with a potent 1-2 punch at the top of the batting order.

Jaime (27) and Wood (24) led the Bulldogs in total hits, including all six home runs hit by the Bulldogs this season. Jaime led Ottumwa with five homers and 31 runs driven in while Wood, who normally batted right in from of Jaime, led OHS with 24 runs scored.

Max Thomason was selected as a second-team all-district pitcher for Ottumwa. Thomason led the Bulldogs with a 0.41 ERA, allowing just one earned run over 17 innings on the mound.

Kolby Micetich (catcher) and Myles Clawson (utility) were named second-team all-district selections for Centerville. Micetich committed just three errors in 116 total chances defensively for the Big Reds while making all 16 starts during Centerville’s 12-4 season while Clawson went 3-0 on the mound, pitching 18 innings in six appearances with three starts and collected 22 total hits, a .407 batting average and a .429 slugging percentage at the plate.

Mathews, Kauzlarich and Oden were also named first-team All-South Central Conference selections for the their play on the diamond. Micetich and Clawson joined Otis Williams, who was selected for his play at short, on the All-SCC second team.

Walker was also selected a first-team all-conference outfielder after pacing the Rockets at the top of the order. The former all-state track sprinter dashed around the bases, finishing second in the entire state with 33 stolen bases in 34 attempts and leading the SCC champion Rockets with 24 runs scored.

Jared McCrea, meanwhile, earned a first-team utility selection on the all-conference team after going 3-1 on the mound with a team-leading five pitching starts, eight pitching appearances and 34 strikeouts over 31 innings. At the plate, the EBF junior collected a team-leading 28 hits and drove in a team-best 18 runs batting right behind Walker throughout the season.

Logan McCrea, who was also named a second-team all-conference first baseman, had 20 hits including a team-best seven doubles and a .323 batting average for the Rockets. Ethan Davis joined McCrea on the all-district second team as a pitcher after posting a 3-1 record for the 12-7 Rockets with one save over six starts and seven apperances, racking up 32 strikeouts and a 2.01 ERA.

Davis County junior Clay Collier was also honored as a first-team all-district and all-conference outfielder. Collier led the Mustangs (5-8) with 17 hits and 15 runs scored, matching Noah Zmolek by driving in 11 runs while batting .486 with a .460 on-base percentage.

Caden Hill joined Collier on the first-team all-conference team while earning second-team all-district honors for his play behind the plate as the Mustang catcher. Besides hitting having a perfect record in the field, going all season without committing an error while playing in all 13 Mustang games, Hill made five starts and six appearances as a pitcher, pitching a team-leading 27 innings with a 3-3 record, a 2.07 ERA and a team-best 28 strikeouts.

Winn was named the Southeast Iowa Superconference north division’s player of the year after leading the Panthers to an 8-2 record and the outright conference title. Win had all four home runs for Pekin, while leading the Panthers with 17 runs driven in, 16 runs scored, a .591 on-base percentage and a pair of pitching wins.

Chase Stansberry was selected as an all-conference second team outfielder for Pekin. Curtis Reighard and Aaron Deustch shared the honor as the SEISC North Division coaches of the year.

Mohr led Sigourney with a .522 batting average and was one of the top players in the state at reaching base, finishing with a .676 on-base percentage. Besides collecting a team-leading 24 hits, including nine doubles, Mohr drew 15 walks and was hit seven times by pitches.

Molyneux drove in 27 runs to lead the Savages while hammering a pair of home runs during the season. Streigle, meanwhile, posted a .408 batting average and a .516 on-base percentage while leading the Sigourney pitching staff with four wins, 31 strikeouts in 27.1 innings and a 2.56 ERA.

Moravia senior Carson Butz was the lone all-district selection for the Mohawks, earning second-team outfield honors. Butz had a team-leading 18 hits, including 11 doubles and 32 total bases as the Mohawks finished with an 8-8 record in the second season under Bill Huisman, who wrapped his 40th season of coaching high school baseball this past summer.

Fairfield teammates Drew Martin and Nate Smithburg also received postseason accolades for the Trojans. Both were named second-team all-Southeast Conference players with Martin being selected as an outfielder while Smithburg was named as a utility pick.