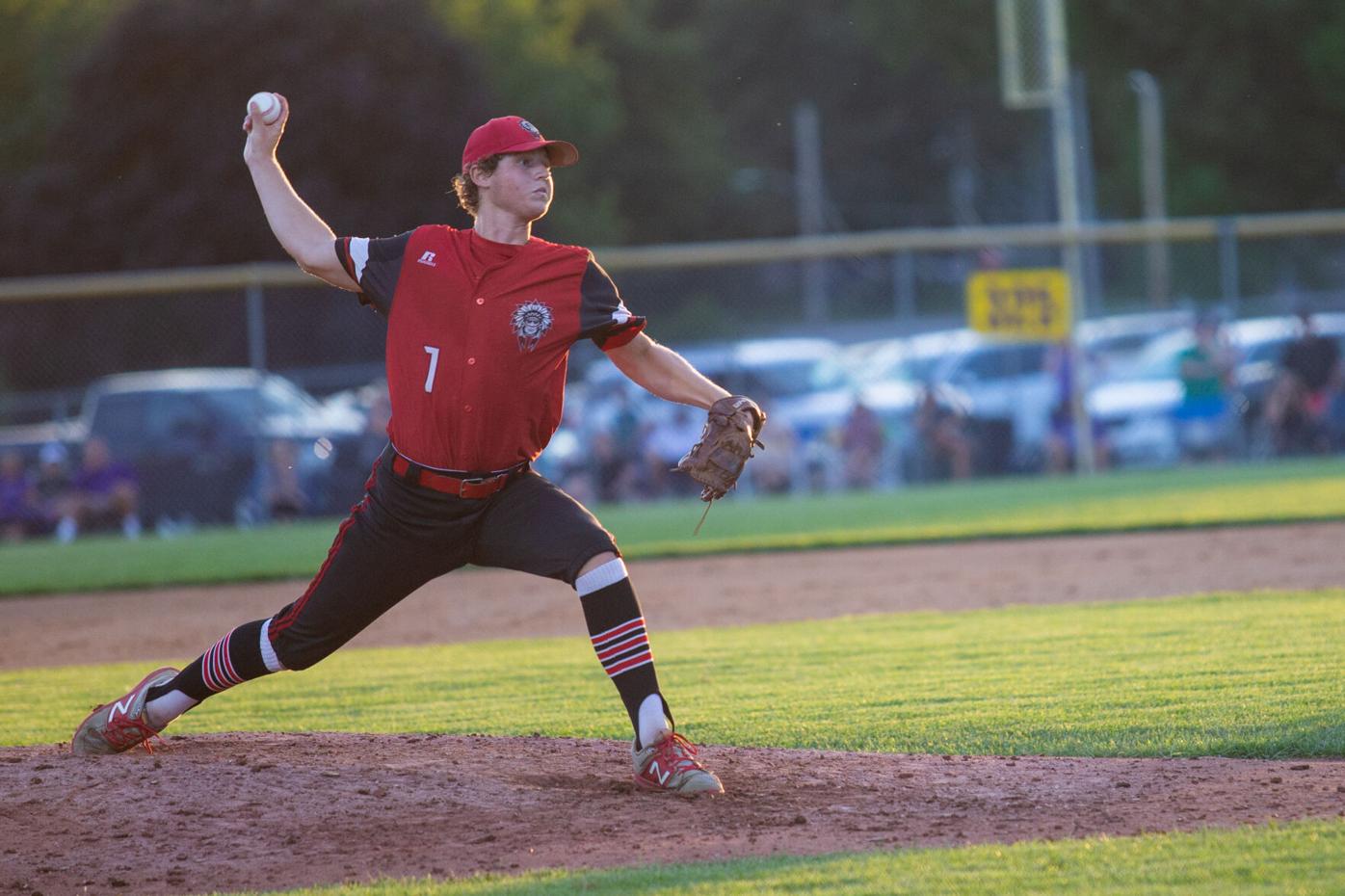 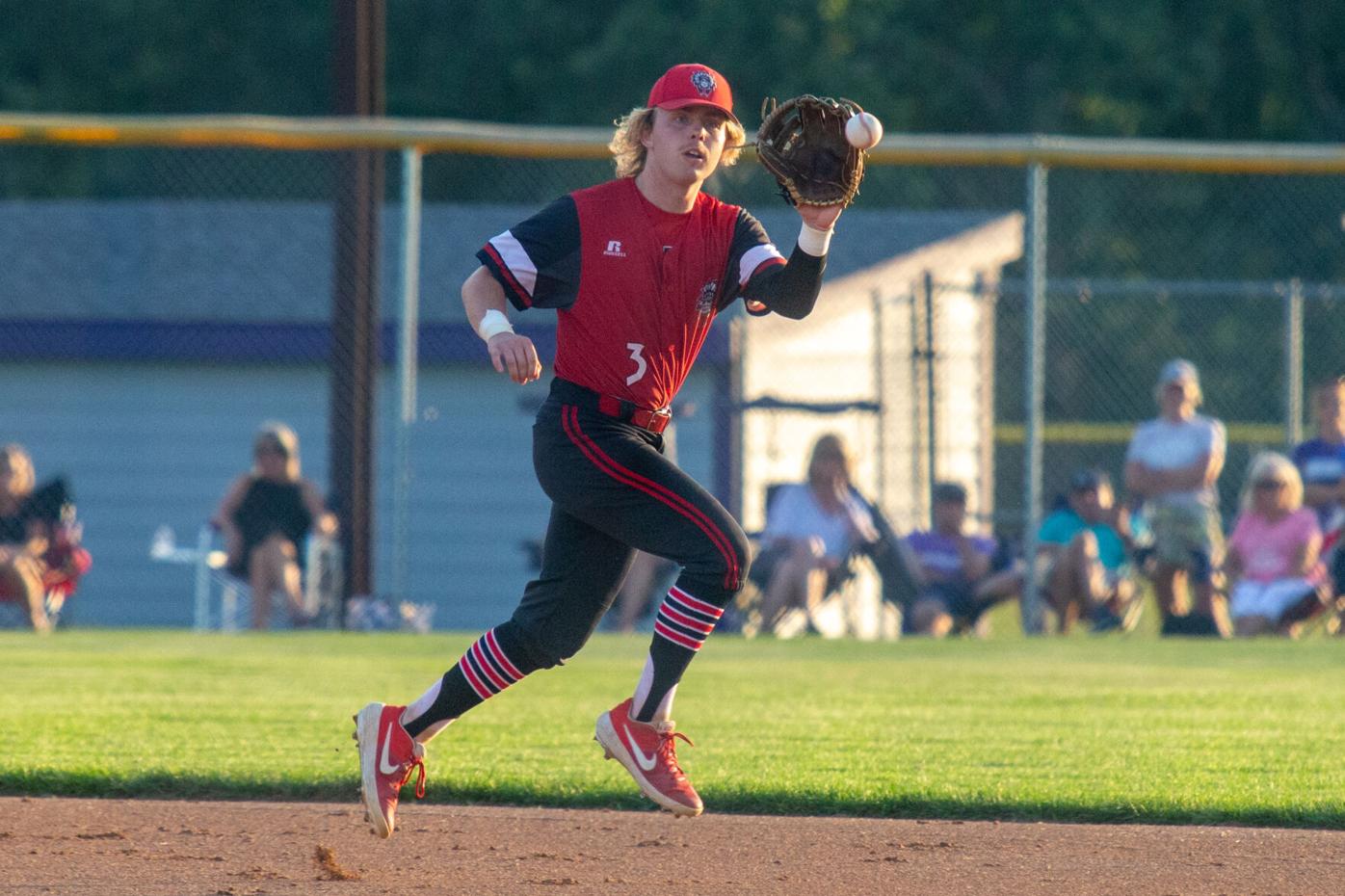 CENTERVILLE — Brady Kauzlarich remembers what it was like walking off the field last summer after his sophomore baseball season at Centerville came a close.

The Big Reds, seeking to add a 3A state title to their resume after claiming the 2A championship in 2018, were knocked out of their third straight state tournament by Central DeWitt. Kauzlarich suffered the loss on the mound in the 11-1 loss to the Sabers, allowing six runs in four innings before walking with the rest of his teammates down the left field line with their state participant trophy in hand.

“I just remember going right into the door in left field. I just sat there and thought about everything,” Kauzlarich said. “It hurt a lot. I couldn’t face my teammates knowing I got beat that bad. I let them down.”

Kauzlarich sat inside that room under the Cub Club at Principal Park for several minutes, hoping for a chance to make it up to his teammates. That chance at state tournament redemption will have to wait until next year as Centerville’s bid for a fourth straight state tournament appearance ended in the Class 3A substate finals as the Norwalk Warriors edged the Big Reds, 4-1, on the way to claiming the program’s third state championship one week later.

“They (Norwalk) have a shot,” Hodges said moments after the substate championship game on July 22. “Looking at our substate, with these guys, Winterset and ourselves all playing each other, whoever would have come out of here would have a great shot of winning the state championship.

“They can pitch it. They play great defense. They put pressure on teams with the bunt. We knew that going in. Norwalk is a really good team.”

Perhaps that’s the story of what type of program has developed with Centerville baseball. Central DeWitt made it all the way to the 3A championship game in 2019 after defeating the Big Reds while Norwalk carried the momentum of a hard-earned substate win on to three more victories in Des Moines, winning the program’s first state title in 10 years.

For the Centerville’s senior class of 2021, embracing high stakes baseball is nothing new. After qualifying for state as eighth graders, the goal of ending all five seasons as varsity baseball teammates was immediately set.

“When you get on a streak like we’ve been on, you have to realize just how special it truly is,” Hodges said. “You can have the most talented team in the world and never have a chance to go on this type of run. It takes talent. You need breaks. You need to win every single dogfight you’re in.

“I think against Norwalk, it kind of set the tone that Brady hit a ball back up the middle to open the game. Instead of a lead-off hit, their second baseman (Tanner Foltz) made a really good play for out. If that ball sneaks through, we might sneak two runs across in the very first inning. You just never know.”

Kauzlarich would ground out three times in his final game of his junior season, including a painful lead-off out in the fifth with Centerville trailing 2-1. In trying to beat out a throw from Norwalk shortstop Evan Borst, Kauzlarich went down with a hamstring injury.

After trying to gut it out on the mound in the bottom of the fifth, Kauzlarich was forced to sit and watch from the dugout as the Warriors ended the hopes over five state tournament trips in five years. The junior watch Hunter Gottman strike out to end the game in what would have been Kauzlarich’s fourth at-bat which, had the inning continued, would have given cousin Kayden Kauzlarich at least one more at-bat in a Centerville uniform with a chance to tie the score with a home run.

Hodges would expect nothing less from any of the Centerville baseball players who will look to cap amazing careers in Big Red uniforms next season on the field at Principal Park in 2021.

“I bring young guys along that I feel are going to be a huge part of our core over the next few years. I feel like that’s how you build this type of culture,” Hodges said. “Success is so hard to sustain. Baseball’s such a great game, that you never know how it will all end up. Games like these in the postseason, you could hit the ball hard every time right at the other team and get beat because of one opportunity you allowed.”

Even though this season didn’t end at Principal Park, the fact that it ended at all on the baseball field is something that isn’t lost on the Big Reds. After a spring in which every school-related activity from track to tennis to graduation and prom was impacted by the coronavirus, the 12-4 season of 2020 was the ultimate blessing for anyone involved with the Centerville baseball program.