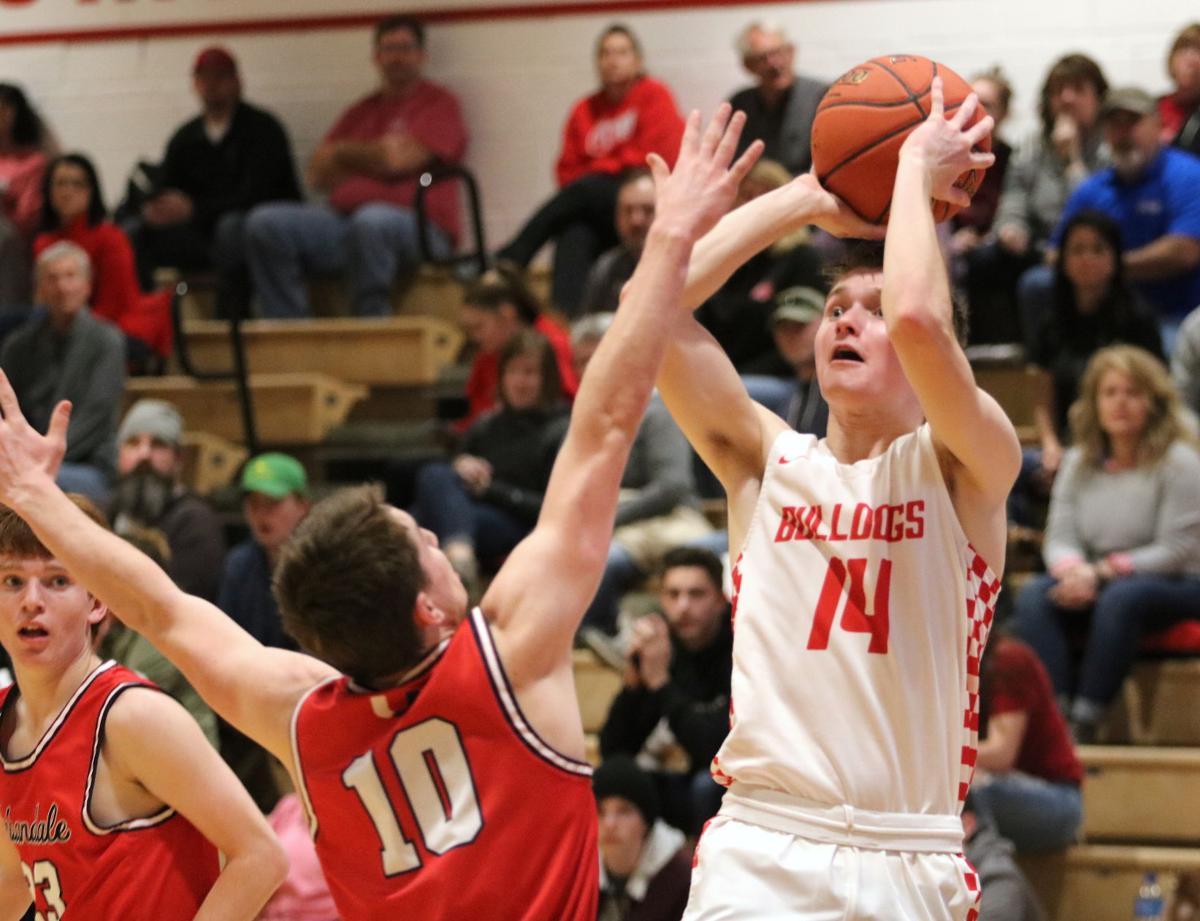 Ottumwa High School’s Joe Hammer (right) takes a 3-pointer from the wing in front of Urbandale’s Dylan Sams during the second half of Tuesday’s CIML crossover boys basketball game at Evans Middle School in Ottumwa. 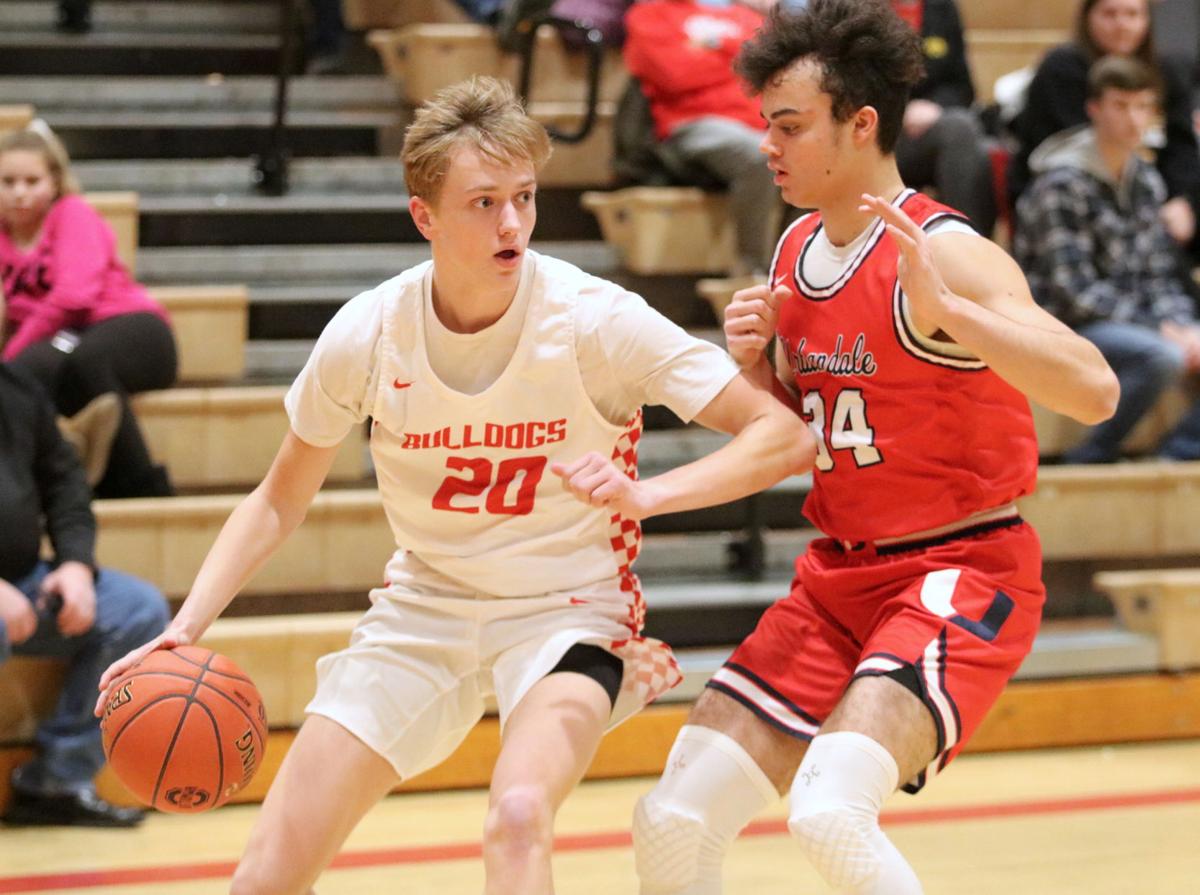 Ottumwa High School’s Joe Hammer (right) takes a 3-pointer from the wing in front of Urbandale’s Dylan Sams during the second half of Tuesday’s CIML crossover boys basketball game at Evans Middle School in Ottumwa.

The momentum shifted near the end of the first half for the Urbandale High School boys basketball team.

It never really ended in the second half.

The J-Hawks dominated around the basket off both Ottumwa’s missed shots and their own set plays, and capped it with a solid 66-49 CIML crossover victory Tuesday at Evans Middle School on Senior Night.

“That was one of our worst defensive performances in a long time,” Ottumwa coach Neil Hartz said. “We had some bad rotations, let them get inside and drive right by us.

Joe Hammer scored a game-high 25 points for the Bulldogs (11-9), but they struggled from the floor in the second half. Urbandale’s size, namely posts Kai Black and Cal Watson, gave the Bulldogs fits by limiting them mostly to one shot per possession.

While the J-Hawks’ (7-11) defense dug in, the offense picked apart Ottumwa with cutters to the basket and baseline drives. Urbandale’s offense was centered on its interior play, as Black led the J-Hawks with 21 points, while Watson and Dillon Kuehl combined for 25.

“Urbandale’s a tough matchup with all that size, but I thought our zone did a pretty good job until they brought their bigs in,” Hartz said. “We had some adjustments we wanted to make in the second half, but we still weren’t able to make them.”

However, the Bulldogs went cold in the second quarter and Urbandale got the rim consistently. Black and Watson scored all 15 points for the J-Hawks, who went on an 11-2 run to take a 26-23 lead at halftime; Blake scored nine straight during the run.

Ottumwa tied the game early in the third quarter on a three-point play by Swartz, but the Bulldogs scored just two more points in the final four minutes as the J-Hawks took a 40-28 lead; Ottumwa never got closer than 10 the rest of the way.

“That was a team that had barely broken 40 points in some of their recent games, so to give up over 60 was not good,” Hartz said. “All around it just wasn’t a good game for us, but we’ll go back and look at film and see what we can do.”

Swartz scored 11 points for the Bulldogs. The J-Hawks had plenty of balance in their lineup as guard Dylan Sams scored 13 points, 10 in the second half.

The Bulldogs, who went 5-2 during their seven-game homestand, finish the regular season Friday at Des Moines Roosevelt, who handed Ottumwa one of its home losses.

“We have to be able to get out to the lead early and make them guard us,” Hartz said. “That’s what they did down here. If we can make them play from behind, that’s what we want.”