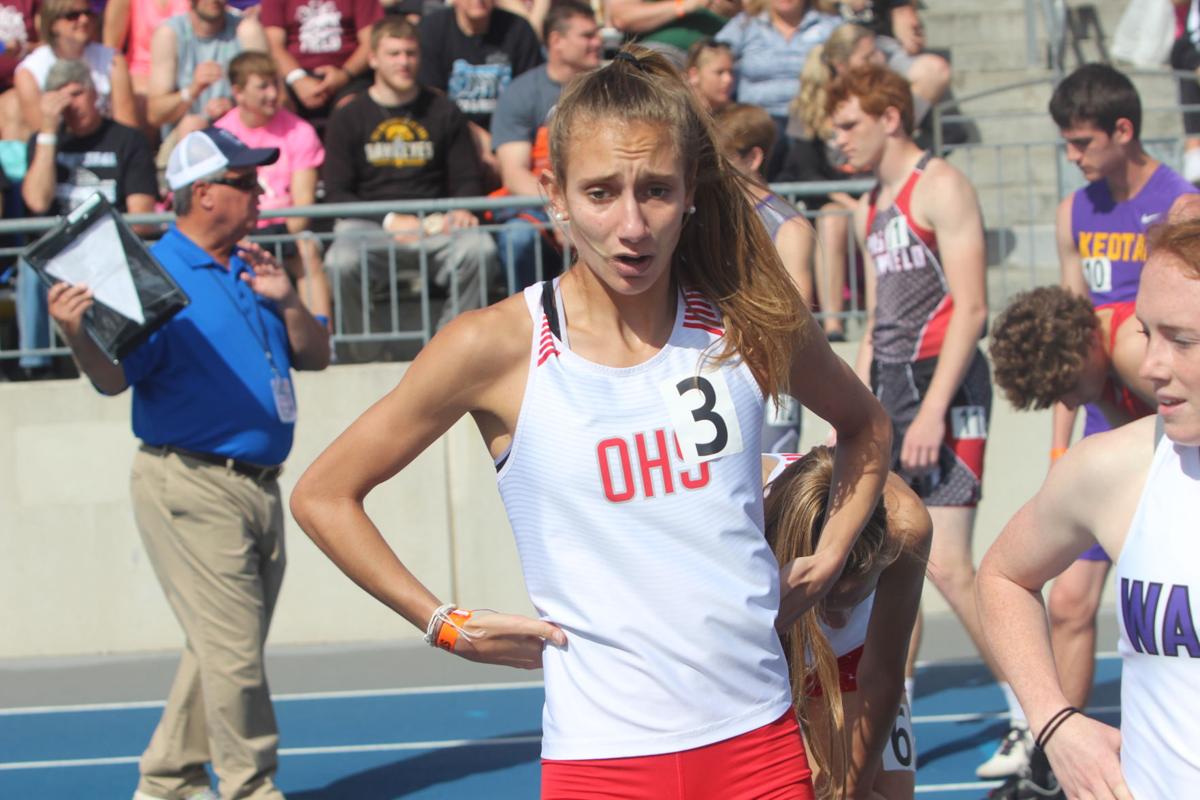 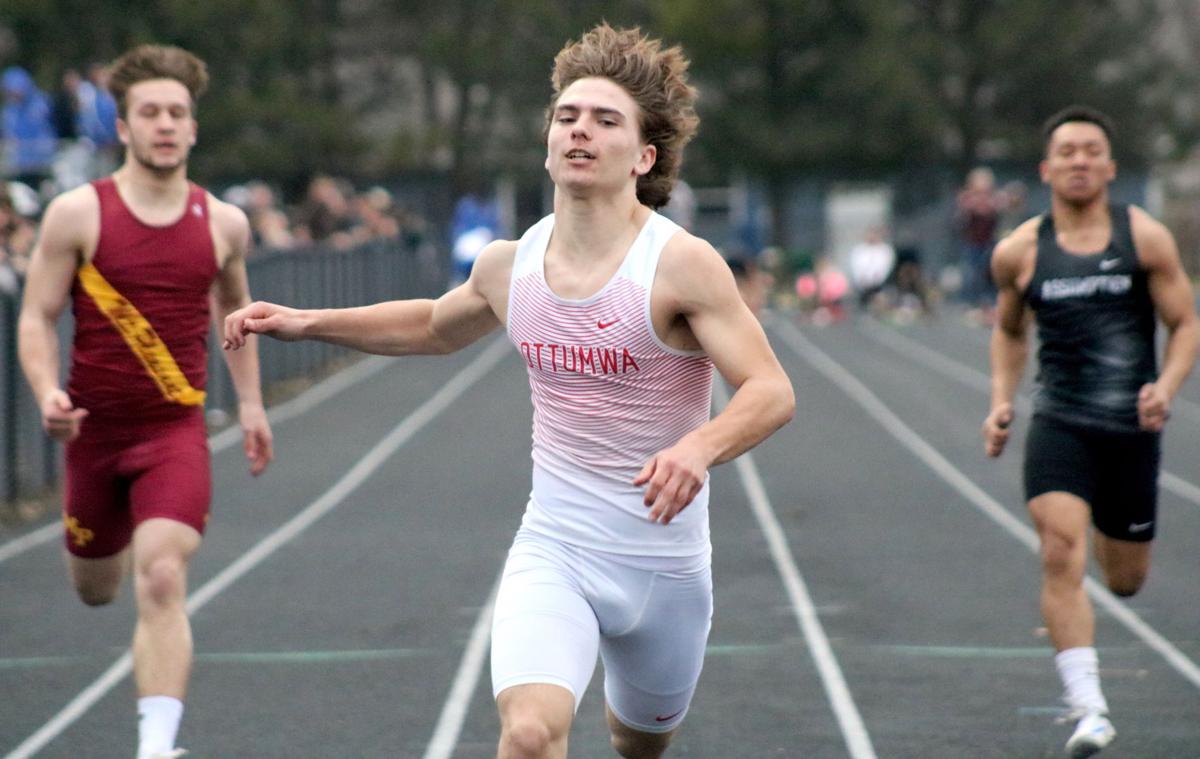 OTTUMWA — Both Andrew Cole and Alli Bookin-Nosbisch were hoping to get one more chance to run this spring on the big blue oval at Drake Stadium.

While the coronavirus may have taken that last chance for both seniors to run in the Iowa High School State Track and Field meet, it did not prevent the two from being named 2020 Ottumwa High School Senior Athletes of the Year. The annual award given to one male and one female senior student athlete was announced during the annual Ottumwa A-Club banquet, held virtually this year instead of the normal banquet held in previous years inside Ottumwa High School’s cafeteria and, in recent years, at the Tom Arnold Net Center on the campus of Indian Hills Community College.

“We are proud to honor all our teams and athletes for their accomplishments,” said Scott Maas, Ottumwa Activities Director. “We are disappointed that due to circumstances the banquet could not happen this year in the usual way, but are still happy to announce our honorees.

“I would like to thank all our A-Club officers, board members and volunteers. Without the many hours of dedication they show each year, it would be impossible to run our athletic programs in a first-class manner.”

All head coaches are involved in the selection process that begins by each coach nominating up to three senior boys and three senior girls for the Athlete of the Year award. To be nominated, an individual must earn a varsity letter in two or more sports. Following the nominations, each coach receives a ballot and votes for the boy and girl they feel is most outstanding in the school.

“I wasn’t really expecting it, so I was pumped when I found out,” Cole said on Monday after learning of the announcement prior to the first Ottumwa baseball practice of the season. “There’s a bunch of other athletes it could have went to. It’s pretty exciting.”

Alli Bookin-Nosbisch was a four-year state cross-country qualifier while lettering in girls basketball. Last spring, Bookin-Nosbisch became the only OHS female athlete to win multiple state track titles, joining her sister along with Mellin and Meghan Coulter in the first state title run ever in the history of OHS girls track and field before winning the Class 4A girls 800 meter run two days later.

“It’s hard to describe it. It’s been the best over the past four years to have the community support,” Bookin-Nosbisch said. “They’ve always pushed us to be our best.”

Tyler Clubb earned the Jeremy Allen Scholarship, presented annually by the family of Allen who was killed tragically due to gun violence. Jim Nickerson, who retired this year after 29 seasons as head coach of the Ottumwa men’s track and field program, was named the recipient of the Dan Staggs Award named in honor of the former OHS boys and girls tennis head coach.

Quinten Bishop won the Bernie Saggau Award, presented annually to the graduating student who best exemplifies a patriotic spirit, with strong religious and moral convictions, living and professing the qualities of honesty, integrity, and sportsmanship; believing that both games and life should be conducted by the rules.

The Ottumwa “A” Club annually presents a special Hicks Awards to a deserving athletes. The Hicks Award winners are determined by vote of all O.H.S. coaches and goes to the boy and girl athlete who best exemplify athletics on and off the field.

“We look forward every year to the A Club Awards Banquet,” said Jaime Thomas, A-Club president. “It is an opportunity to thank our many sponsors, businesses, and volunteers for all the hard work they put into making each season a success. Most importantly, it is an opportunity to recognize and highlight our tremendous OHS student-athletes.”