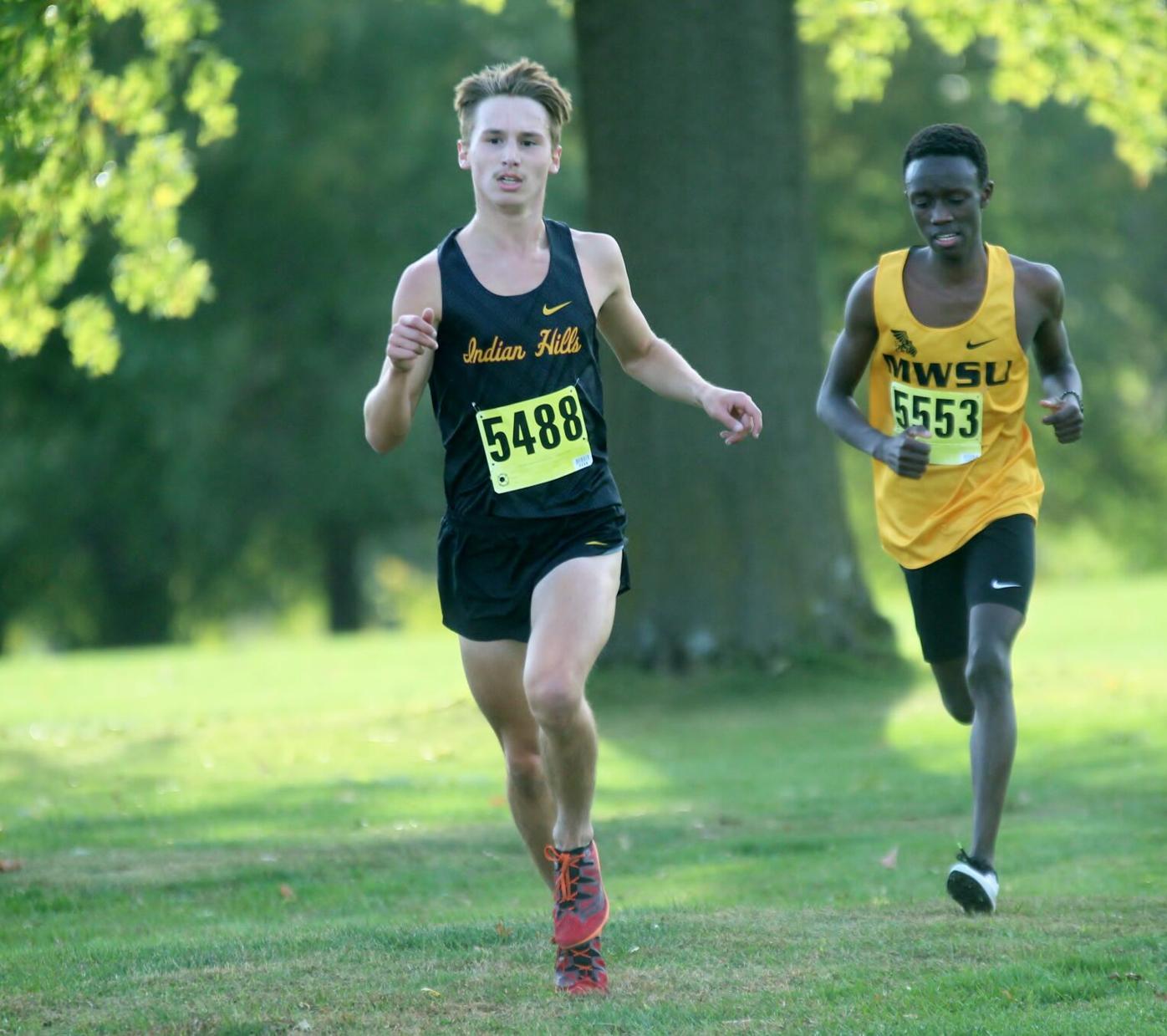 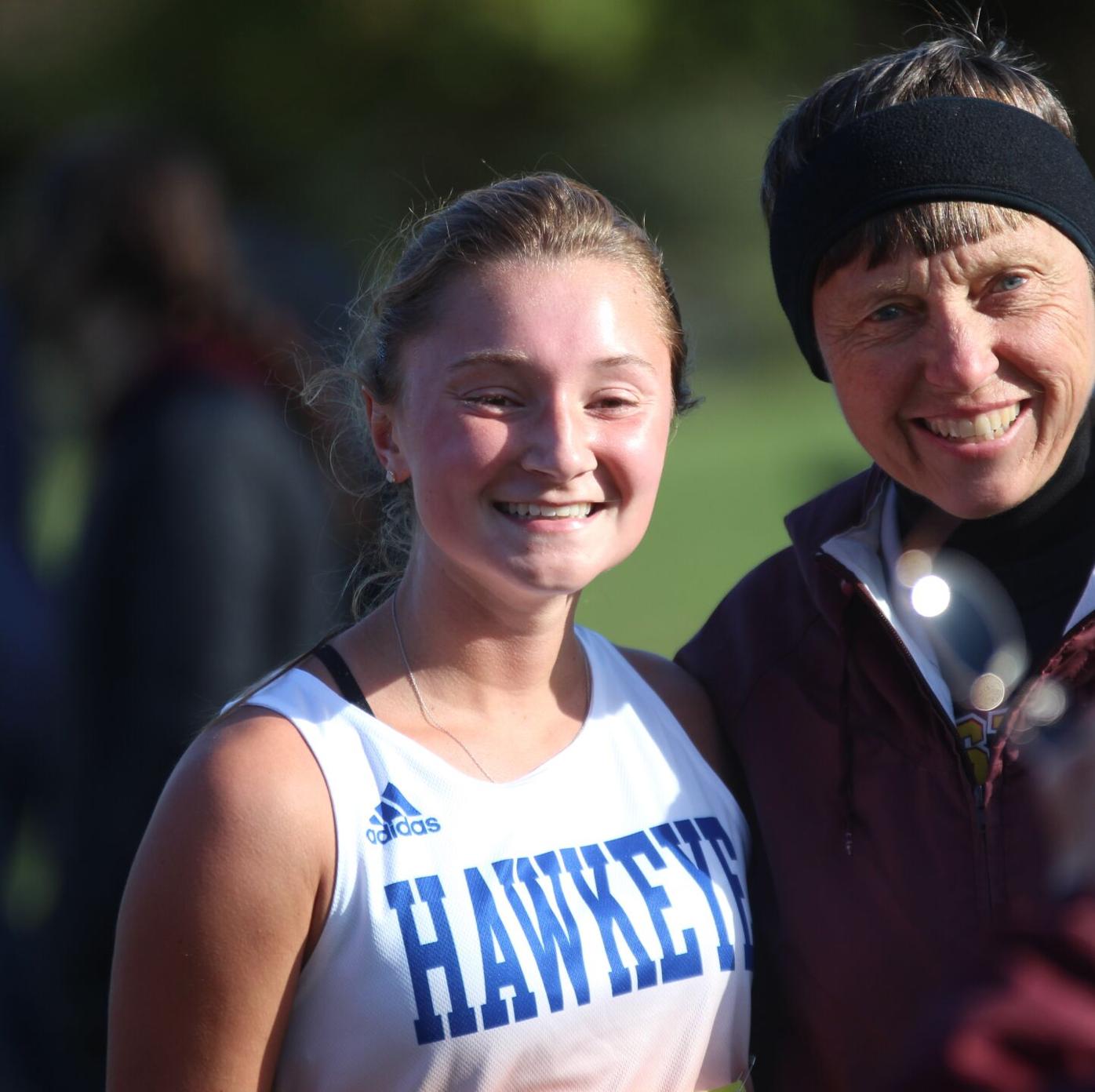 OTTUMWA — Colton Glosser might just have to make a suggestion to his hall-of-fame high school coach.

On Thursday, Glosser alma-mater will be running for a pair of tickets to the Iowa High School State Cross-Country Meet at Wildwood Park in Ottumwa. The former Pekin Panther thinks that, in the future, Davis Eidahl might want to the look at making Cedar Creek Golf Course the place for the Panthers to call their home away from home.

"I'd take this one over Wildwood 100 percent," Glosser joked. "There's only like one tiny hill and it's right at the start, so you don't even realize it. Davis is here. He probably saw how fast the times were. Maybe he'll try to move it. They already have the 5K marked off."

Both the Indian Hills men's and women's cross-country teams posted fifth-place finishes on Friday afternoon in their home invitational running against some of the top teams in the country with the 14th-ranked (NJCAA Division I) Warrior men posting the fastest average time among the five scoring runners in a race. That effort helped IHCC beat out 10th-ranked (NJCAA DI) Highland and seventh-ranked (NJCAA DII) Hawkeye in team points as the Warriors finished with 117 points, beating Hawkeye by nine and Highland by 83.

"Rarely do you leave a meet feeling like everything went right. This was one of those days," IHCC head cross-country coach Brett Ewing said. "I think both teams were really excited about racing at home and showcasing their fitness in front of a home crowd."

That started with the Warrior women, who scored with all five athletes taking part in the race helping Indian Hills produce 121 points. Shiggo Shadin led the Warrior women in 20:28.8 running most of the race with former Warrior teammate Hailey Wilmes.

After running at IHCC, Wilmes returned to Ottumwa running for Missouri Western. Wilmes and Shadin were separated by eight seconds with Wilmes finishing 12th in 20:20.2.

"It was kind of weird because I ran so many times with Hailey on the same team," Shadin said. "It worked out perfectly fine. I'm so used to running right next to her. It kind of helped me along the way. I had a personal goal of running below 20:30 this year. I passed that in this race."

"I was really excited for this one, especially getting to see so many familiar faces after the race," Spargur said. "This is the closest race to home for me this year. I've never run the course at Cedar Creek. It was a pretty fast course and a pretty loaded field. It was nice to see so many teams and see where you stack up against so many runners."

Monserrat Guerrero-Chapula made a late charge to clinch a top-25 spot for the Warrior women as the Ottumwa native finished 25th for IHCC in 21:37.3. It was another fantastic run for the first-year cross-country athlete who picked up the sport as part of her training for her favorite sport, tennis.

"When we didn't have a tennis season this spring, I knew I needed to do something to stay in shape," Guerrero-Chapula said. "I was in track in high school during my senior year. My coach suggested cross-country. It's way different than tennis. You can stop between points. You can't stop during a race, but you probably run the same amount of miles during a match."

The IHCC men, meanwhile, were led by freshman Nick O'Connor who produced the third-fastest individual run in program history. O'Connor's time of 25:56 was good for ninth overall in the men's race and helped the Warriors post a team average of 26:51.2.

"We've been talking about these big meets and this home meet, especially," O'Connor said. "When there's top competition in the field, the goal is to stick with them as long as possible, pack up and run with those top teams as much as you can.

"We knew the race would get out to a fast start. Our spread was good. I think it was a good team race. I think this gives us a lot of confidence going into regionals and nationals."

Glosser and Seth Emmons will both be returning to Lakeside Golf Course in Fort Dodge as part of the IHCC cross-country team for the Region XI meet on Nov. 1 with hopes of also running on the same course two weeks later in the NJCAA Division I national cross-country meet. Glosser, from Pekin and Emmons, a Davis County grad, were both part of last year's state cross-country meet for the Panthers and Mustangs.

"I really like that course. I'm looking forward to running it again," Glosser said.