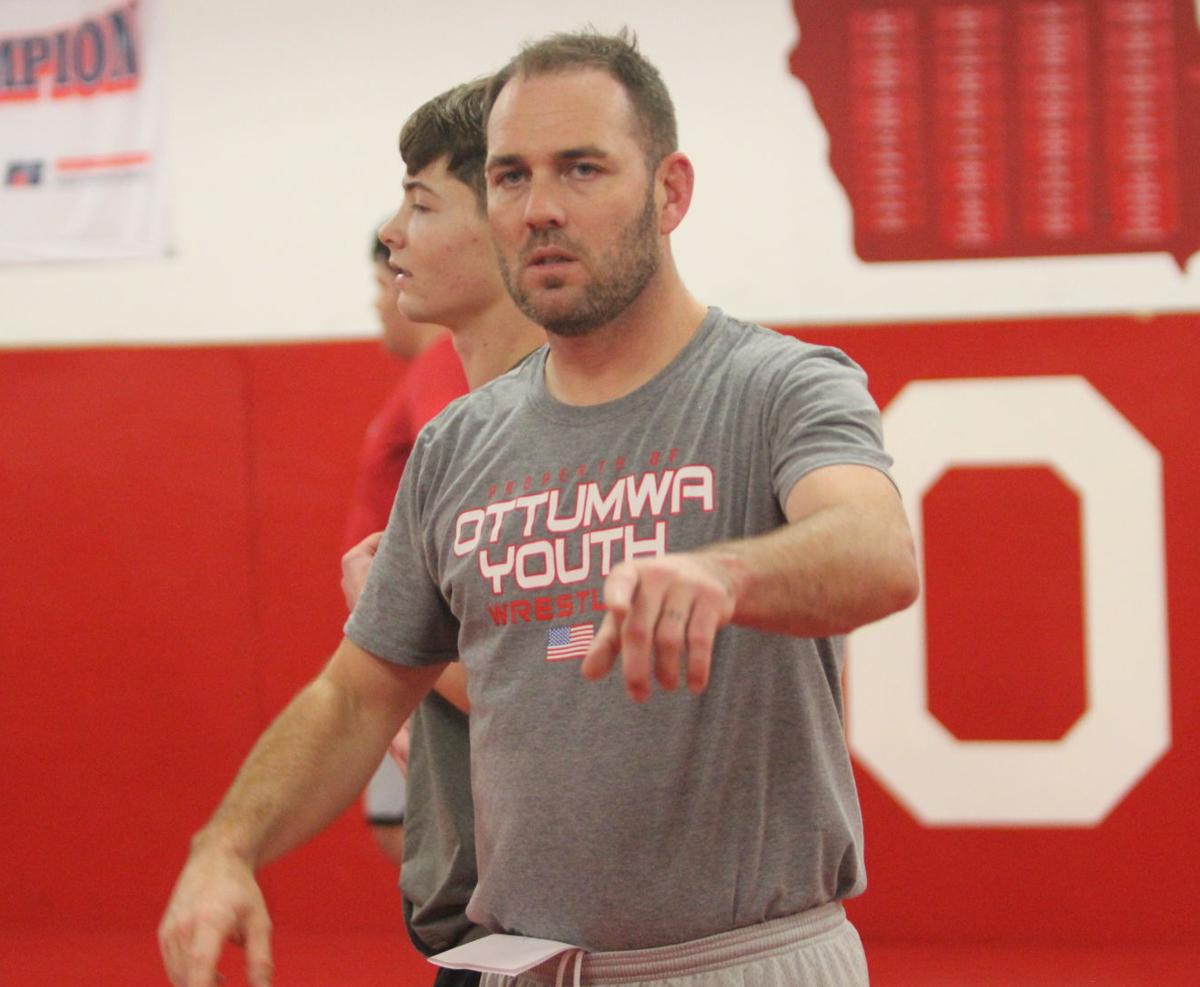 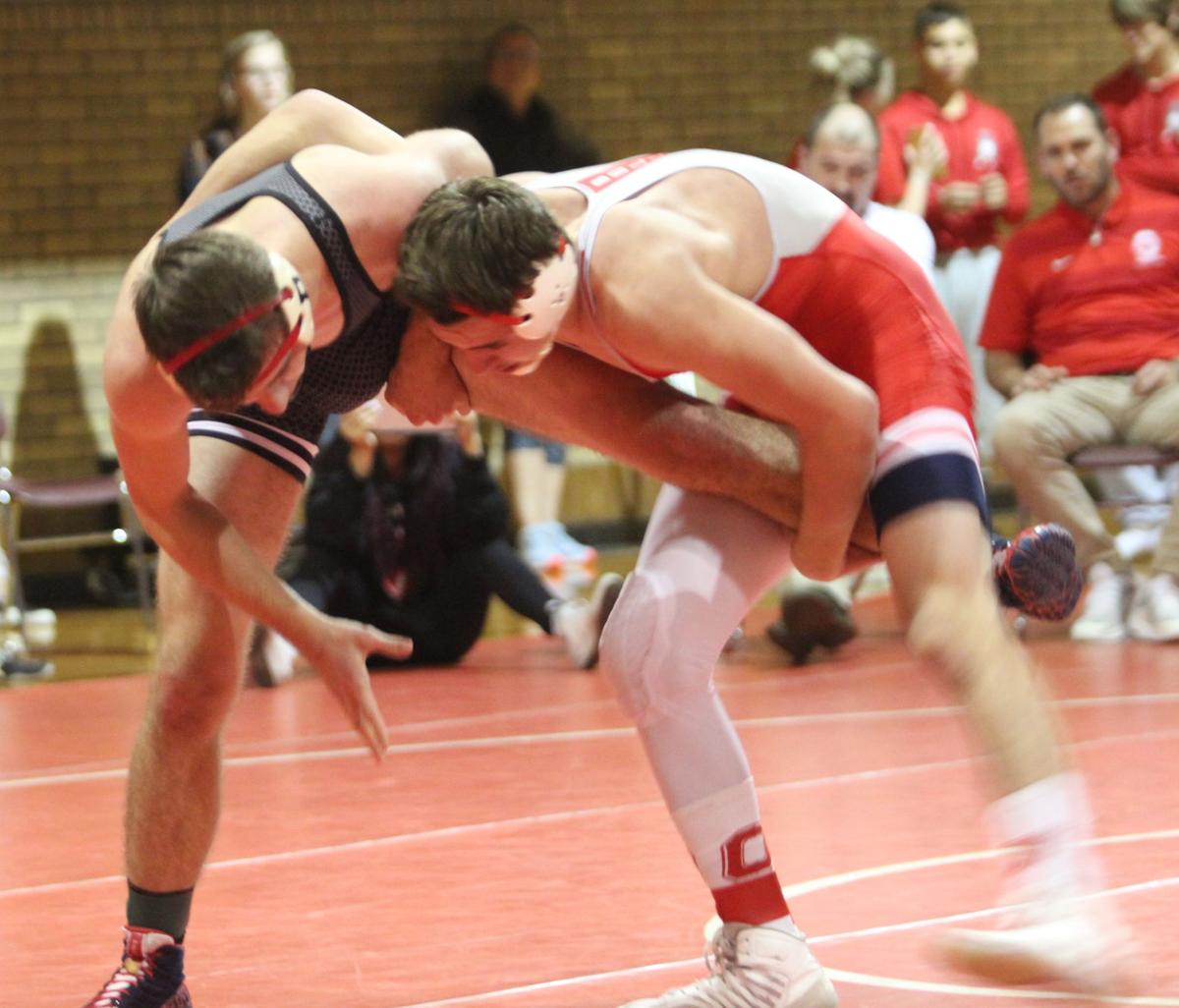 OTTUMWA – The best may yet be to come for the Ottumwa High School wrestling program.

Head coach Jeremy Frueh believes the Bulldogs will showcase the promise of a bright future this season.

Ottumwa opened the 2019-20 campaign inside the OHS wood gymnasium, where the Bulldogs returned for action for the first time in over 15 years last season. The action-packed night included duals that take place in the neighboring rubber gymnasium with Pekin, Pella, Lynnville-Sully and Davis County in town for the season debut.

It was just the start of what Frueh hopes will be a fun season for Bulldog wrestling with seven returning members of the varsity. Six freshmen, along with senior Brody Slack, experienced the highs and lows from a full high school season with many of those underclassmen bringing plenty of experience on the mat growing up competing for the Ottumwa Alpha Dogs youth wrestling team.

“That’s where our wrestling room is getting a little bit different. In previous years, we had a large amount of kids that were in their first year of wrestling,” Frueh said. “We’re not getting that so much anymore. There’s a large amount of kids that wrestled with Coach Griff (Eric Griffiths) or I for the Alpha Dogs. They’ve gone on to gain more experience in the middle school program and have brought that experience back to the high school level. I think that allows us to do a little bit more because we’re able to start with the guys in a better place, technique-wise, then we have before with young wrestlers.”

Chris Luedtke (106), Corbin Grace (120), Dawson Goodwin (126), Zach Shoemaker (145), Trevor Summers (152) and Sam Matthiesen (220) all enter their sophomores seasons having experienced different degrees of success in their first seasons of high school wrestling. Summers (28-11) recorded the most wins of the group, Grace (26-14) was the only OHS freshman to earn a CIML Invitational and Luedtke (21-10) placed the highest in the group in the Class 3A, District 2 tournament finishing fourth at 106 pounds in the first bid for all six to qualify for state.

“It’s not just depth we have in the wrestling room right now. It’s the quality of the kids that are competing for us,” Frueh said. “Even with the wrestle offs, there’s a lot of great competition to be excited about.”

For a team that put seven freshmen on the mat last year in the postseason, Ottumwa finished with an impressive winning record as team with a 9-5 dual mark. Combined, the wrestlers that took the mat to compete at districts finished with a combined record of 247-187, including 113 wins in 200 matches from the freshmen class with Luedtke, Grace, Summers, Shoemaker (20-15), Goodwin (17-14) and Matthiesen (4-12) joining Slack (10-16) as the top returning grapplers set to lead the Bulldogs to even more success this season.

“We’ve never won a conference championship. We’d like to win one this year,” Frueh said. “Des Moines East won the conference last year. They graduated about 10 of their starters, which almost the exact opposite of our situation. Des Moines Lincoln is going to be a big dual meet in terms of deciding the conference. That’s a realistic goal for us as is possibly sending several kids to state. We’re in the same district (at Des Moines East) with Southeast Polk, but I think the state did a better job of balancing some things out.

“Even though we’ve got some of the same teams to go up against, I think it’s going to be a little easier to navigate through. We’re going to have 10 guys that are going to be returning for another go-around this year. Those sophomores were our core group last year. We’ve leaned on them a lot. It’s a young group, but a good type of young. We’re not having to play as much catch-up with the kids this year. We’ve got a lot of experience in our wrestling room right now.”