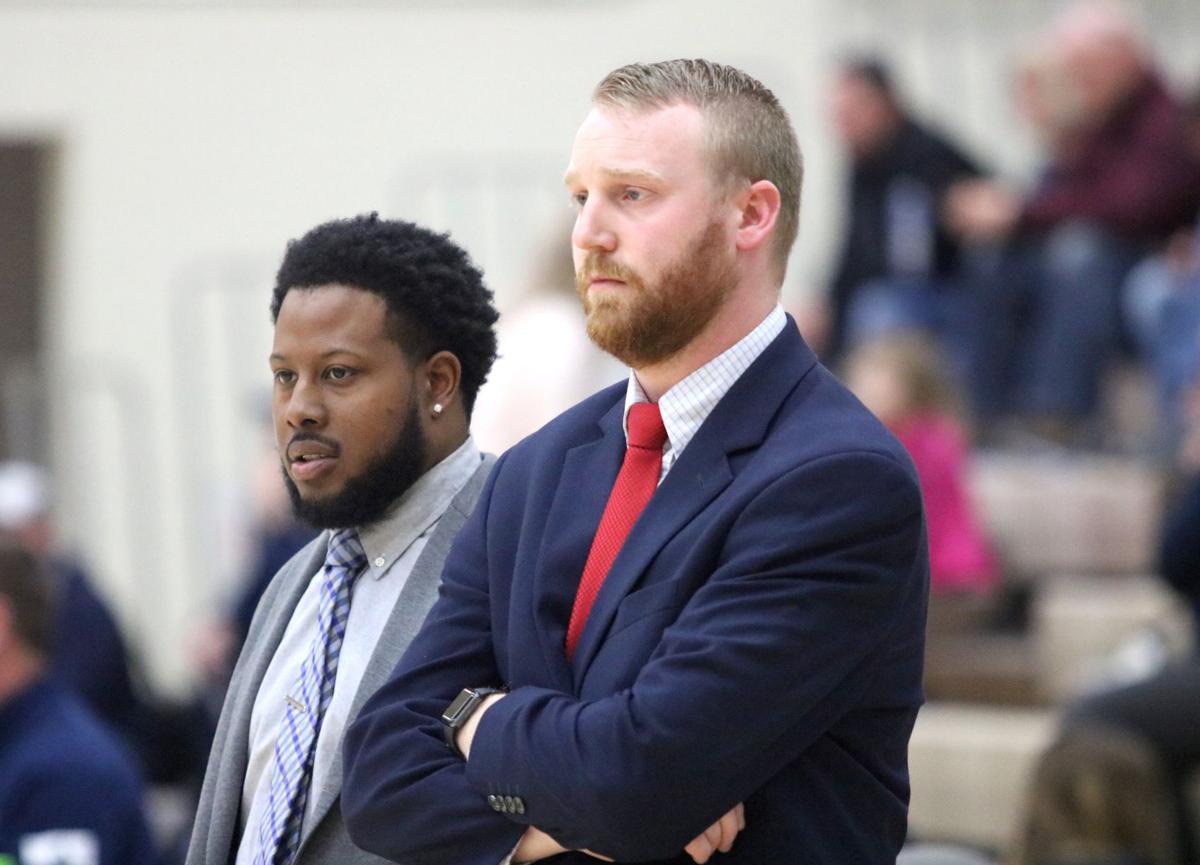 Ottumwa High School girls basketball coach Joe VandenBerg (right) and assistant Davion Scott watch their players warm up prior to the start of the second half of the Bulldogs’ Class 5A regional semifinal loss to Urbandale at South Gym in Urbandale. 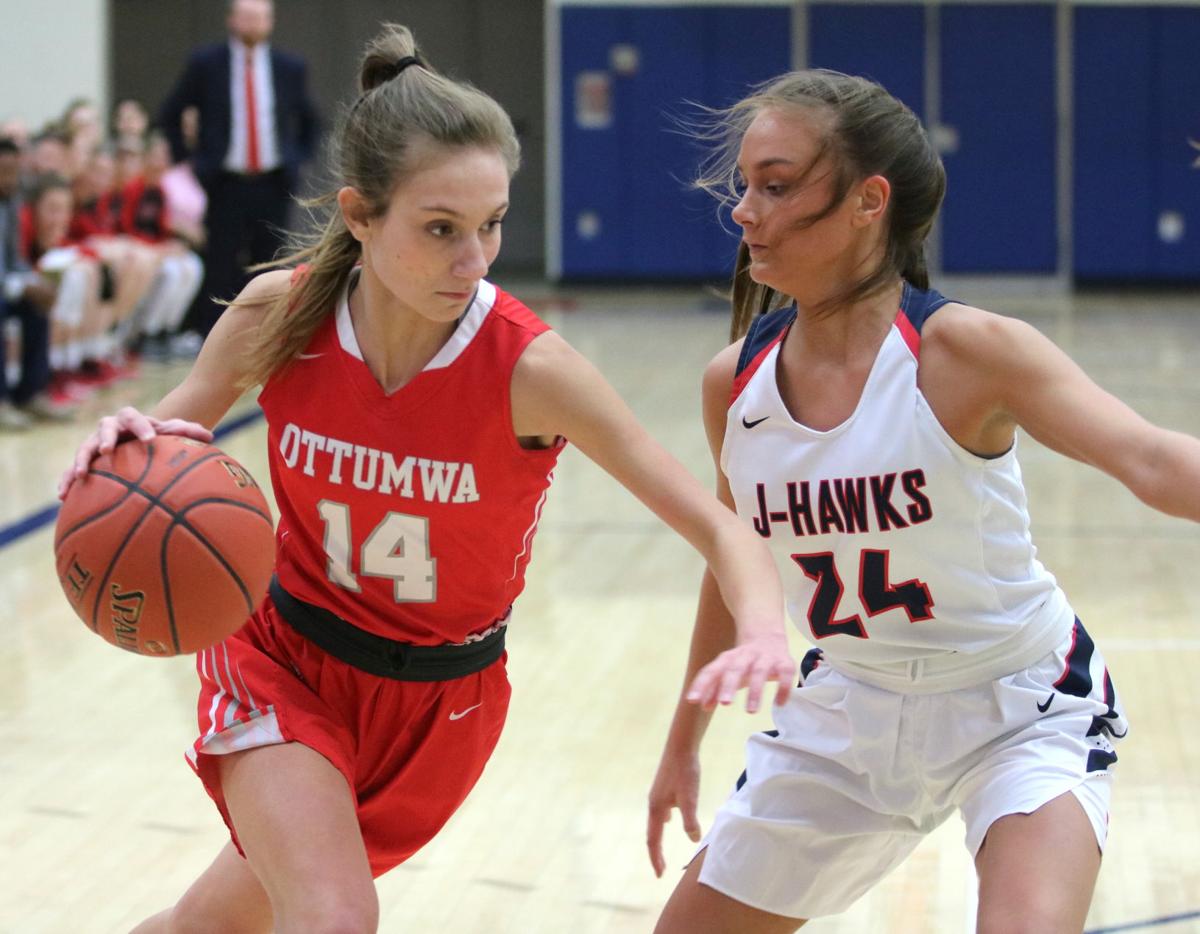 Ottumwa High School girls basketball coach Joe VandenBerg (right) and assistant Davion Scott watch their players warm up prior to the start of the second half of the Bulldogs’ Class 5A regional semifinal loss to Urbandale at South Gym in Urbandale.

By most measures, it was a good season for the Ottumwa High School girls basketball team.

First-year coach Joe VandenBerg believed it could have been better.

Those three losses — the first game with Des Moines North, Washington and Mount Pleasant — came by a total of 13 points. Still, a 13-win season is something many teams would take, but there was some bad luck and bad timing as well at both the beginning and end of the season.

• Would Kacy Nickerson have continued her torrid start to the season, when she was playing some of the best basketball of her career, if a sprained ankle hadn’t sidelined her for six games?

• What if the Bulldogs could have held an eight-point fourth quarter lead against Mount Pleasant in the final week of the season, with that loss the start of a three-game skid to finish the regular season, right before regional pairings were released?

Those are both hindsight questions, but there were just as many strong performances throughout the season as well. Kaylee Bix became a go-to scorer in Nickerson’s absence in December, complimenting Alli and Grace Bookin-Nosbisch.

Once the Bulldogs were back at full strength in January, they resumed winning. They had a run of six wins in seven games, one of those a win over Des Moines East that was the Bulldogs’ first against the Scarlets in 14 years.

Yet, it was the games they didn’t win that might have altered the course of the season a bit. Wins over Washington and/or Mount Pleasant might have prevented the Bulldogs from the first round of Class 5A regionals, but they struggled down the stretch in both contests. Against the Demons, the Bulldogs went cold from the floor for three quarters; against Mount Pleasant, they didn’t execute in the late stages.

Still, the Bulldogs had one of their best wins of the season in the regional opener, getting a three-point play from Grace Bookin-Nosbisch with two seconds left in a 63-61 win over Cedar Rapids Washington. Ottumwa managed to foul out Iowa commit and all-stater Hannah Stuelke with over three minutes left, a game-changing development.

The Bulldogs showed better in their second meeting with Urbandale despite a 65-37 loss in the regional semifinals.

VandenBerg, who was an assistant to former coach Kevin Patterson, was grateful to Patterson for giving him a lineup that could hit the ground running once the season started. Indeed, the Bulldogs used five senior starters with several years of experience most nights.

“It’s hard to change habits after four years, but what these girls did was give this coaching staff an opportunity to learn and an opportunity to grow together as coaches,” he said of himself, and assistant coaches Davion Scott, Luke Goemaat and Briana McRae. “These kids allowed us as coaches to get better. We could’ve been 16-6, but I let them down in those three games.

“But this has been one of the most successful four-year runs the program has had in a while.”

“The thing about these girls is that not one of them is a basketball-first athlete, but they all compete. They don’t lay over for anyone,” VandenBerg said. “I’ve been so blessed with this group of seniors.”

After losing an all-stater last year in Lily Anderson and five starters this year, next year will look much different. Chloe Schneckloth and Anne Guest were the first players off the bench and contributed in spots, and will be looked at to lead the team.

But one advantage VandenBerg has is his familiarity with the lower levels of the program. When he was hired last offseason, he was told he could mold the program how he saw fit. An excellent seventh-grade group is on the way in a couple years, but there is work to do before then.

Next season will be his first opportunity at crafting his own program.